Award-winning Bristol lyricist, MC and label owner Gardna is about to embark on, thus far, the biggest project of his career. His debut album Good Time Not A Long Time was just released yesterday, October 18th, and features twelve original tracks and a who’s who of featured artists and reggae and dub royalty (listen via Spotify). The first single and title track “Good Time Not A Long Time” was released on Friday, October 11th.

Good Time Not A Long Time destroys genre boundaries from the get-go. Delving into the world of reggae, dub, grime, hip-hop and everything in between, it’s a culmination of Gardna’s already extensive career, and demonstrates incredible abilities as a songwriter, lyricist, host and MC. It showcases talent on both a fresh and legendary scale and provides an inimitable sound from start to finish.

Often championed by some of the biggest names in the business, names such as David Rodigan, MistaJam, Steve Lamacq, Don Letts, Toddla T and Huw Stephens to name a few, Gardna’s impact on the Bristol music scene has expanded to just about every corner of the country and it’s easy to hear why. Over the last few years alone he joined forces with Gentleman’s Dub Club and The Nextmen to perform on four of the tracks on their Pound For Pound record. In fact, the lead single “Rudeboy” racked up plays across BBC Radio 1, 6 Music and made its way into Spotify’s New Music Friday playlist.

With such a prolific career going in the right direction, it was high time we spoke with Gardna.

Featuring Omar, watch the music video for “Good Time Not A Long Time:”

Where did you grow up and how did that place directly impact your sound?

Gardna: “I grew up in a small town in Somerset, there was never really too much going on at any given point so we’d be swanning off into Bristol to hit the raves as soon as we were 16 and could get away with it.”

How do you feel about the UK’s hip-hop scene?

Gardna: “I grew up listening to a lot of UK hip-hop. When I first started it was all I wanted to make. I found my feet when I started to draw for other genres in my production.”

After listening to your music, I can hear influences from not only rap/grime but also reggae and dancehall. How would you describe your sound to a new listener, and who are some of your musical inspirations? 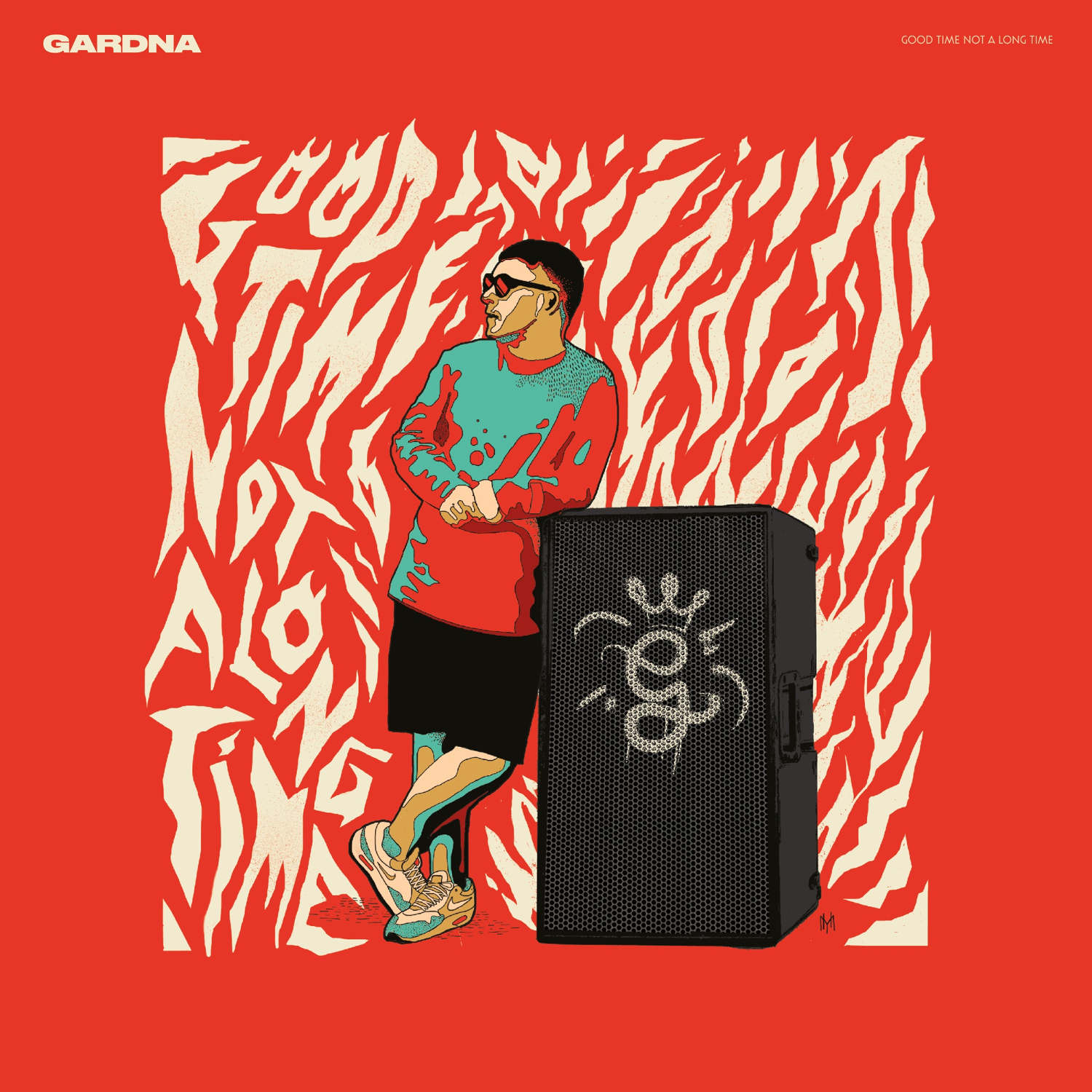 I heard a lot about your shows, and after hearing your music I am not surprised that they are lit. What are some of the things you like to do to perform an amazing show? Where is your favourite place to perform, and what sets your shows apart from others?

Who are some of your favourite UK rap artists? What do you like about them? Who would you like to collaborate with?

Gardna: “Two absolute favourites of mine are Rodney P and Dynamite MC, and I’d love to make that happen in the future.”

What do you like to do other than music?

Gardna: “Good question. Not much. (laughs)”

I think an artist reveals their true colours when they admit what their favourite music is. What are you listening to at the moment?

Gardna: “It’s mad, a lot of people only like reggae or hip-hop or whatever but I’m into everything. When touring you’re listening to a lot of the same music, you see the same acts multiple times across the festival season. So, when I go raving (not working) I like to switch things up from time to time, I’m going to ADE in Amsterdam next week which is the world’s biggest house and techno event. Going to be wild.”

Featuring Inja, Eva Lazarus, J Man and Parly B, watch the music video for Gardna’s track “My Show,” released in 2017:

As an artist, what are you up to right now? What can we expect from Gardna in the future?

Gardna: “I’m just about to release my debut album Good Time Not a Long Time featuring the likes of Hollie Cook, Omar, Kiko Bun, Eva Lazarus, Fox and many more. It’s been a pleasure working with Brad Baloo on this record who is an amazing producer and one half of legendary duo, The Nextmen. It’s out October 18th on vinyl, digital, and all streaming websites.”