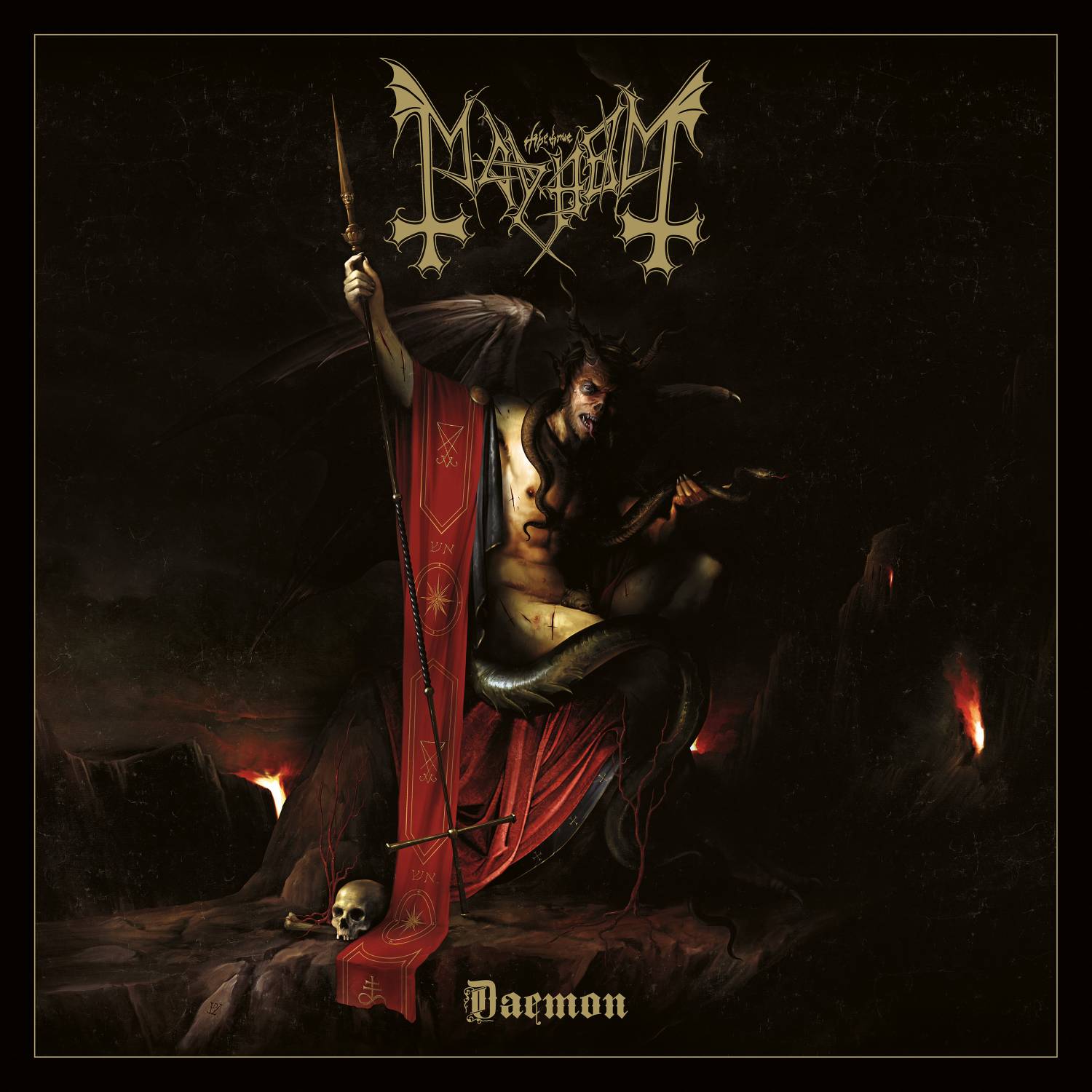 Black metal has certainly been through an organic evolution since its heady beginnings in the early ‘80s. The foundation was laid by such acts as Bathory and Hellhammer, filled with raw music, dark aesthetic, and blasphemous lyrics, an extremity in an era that had never seen the like. But it was the second wave of black metal created by a small community of young, talented Norwegians in the early ‘90s that took the torch from the original legends and headed off to the local church with a glint in their collective eye.

The forerunners of this onslaught and the bridge between the two eras was Mayhem. Led by the now-legendary Euronymous, they built their sound from the raw Bathory-esque leanings of their Deathcrush demo to the pivotal and archetypal De Mysteriis Dom Sathanas debut album, still considered today to be one of the pillars of the genre’s sound. Euronymous would not live to see the release of the album that would be his crowning glory, as he was notoriously murdered by fellow black metal musician (and bass player on the Mayhem debut) Varg Vikernes, essentially ending the second wave and ushering in the modern era.

The band would continue under the control of original members Necrobutcher and Hellhammer, their releases over the subsequent years consistently experimental and forward-thinking, something that probably wouldn’t have happened with traditional-minded Euronymous at the helm. They have recently been touring the De Mysteriis album, revelling in all its glory, and wrote the majority of their new album, Daemon (pre-save/order here), whilst on the road. With this in mind, the resemblance between the new release and the classic album is quite evident, but this is no mere throwback or nostalgic journey.

Check out the “Of Worms And Ruins” lyric video here:

From the very first blast, the record sheds the group of their progressive trappings and kicks out the jams like a young black metal band still in the garage. The sound is wonderfully organic and natural, relying heavily on basic, vitriolic black metal and spicing it up with various elements that have worked for them in the past. Vocalist Attila Csihar, also the singer on De Mysteriis, utilises every area of his extremely versatile and creepy style, scaring the shit out of everybody in the brutal parts, creeping us out in the quiet corners, and generally being carnival-weird everywhere else. He remains one of the true virtuosos of the black metal throat, completely unique and pushing boundaries 25 years after blowing people’s minds on the debut.

Bassist and only remaining original member Necrobutcher has finally found his place in the sound, his low-end both progressive in its weaving around the guitars and prominently heavy and upfront in the mix, like Shane Embury with a bad attitude. Hell, there are times on here where he actually GROOVES like a sonofabitch, which may not be very “kvlt,” but reaches back to the demonic subterranean glory of Venom.

Guitarists Teloch and Ghul, both fairly recent additions to the band, are a strong stringed team, their riffs tight and punchy, and the leads and solos almost virtuosic and heavenly amongst the hellish cacophony. And finally the legendary Hellhammer, the battery heart of Mayhem (and numerous other bands) – there are few drummers in the genre as popular, prolific, and recognisable. His work here is ridiculously metronomic, peppered with fills and orgasmic percussion, and he brings armageddon to the ears like no other.

The songs themselves are packed with gleeful blasphemy and are concise and fit like the proverbial glove. Master blasters like “The Dying False King”, Of Worms And Ruins,” and “Aeon Daemonium” destroy the competition without batting an eye, and creepy-crawlers like “Agenda Ignis” and album-closer “Invoke The Oath” remind the listener of why Mayhem are hailed as the kings of darkness. The production is so right for the chaos that each note and crunch is a feast of audio delight, a wide arena for the demons to play in and cause, well, mayhem. It’s their best-sounding album without doubt, and the material contained within would make even Euronymous smile, I’m sure of it.

For a black metal band of 35 years (and there aren’t many still going, trust me), it’s an astounding feat that they have created music this fresh and downright evil. For fans of the early era, it oozes beautifully down the ear, and for the folks that relish their later, more experimental work, it progresses without sacrificing the substance of the songs and the credibility of legends of their stature. Mayhem have produced an album of legendary quality with Daemon, music that will both excite the fan and entice the novice. This is black metal in its purest form and it deserves your ears and soul.