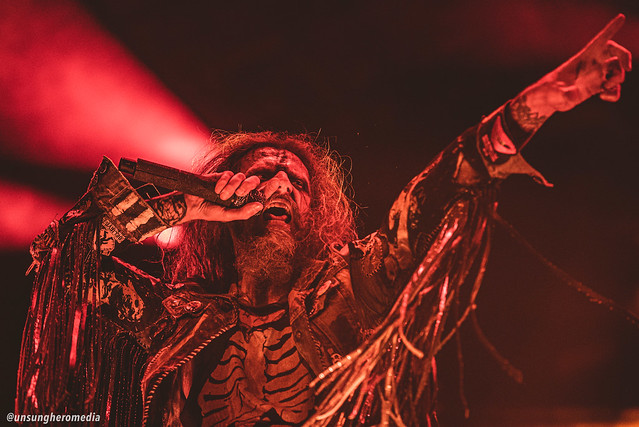 The city of Louisville, Kentucky witnessed an unprecedented trio of events in the month of September. Danny Wimmer Presents, a production company based in Los Angeles, California, hosted three multi-day music festivals over three consecutive weekends. Each festival with its own set of genres and flavour. Three festivals in one city over one month. The inaugural Hometown Rising was the first festival, showcasing the top talents in country music with the likes of Tim Mcgraw, Luke Bryan, and Little Big Town. The third edition of Bourbon and Beyond was up next with three full days of contemporary rock heavyweights with Foo Fighters, Robert Plant, and The Zac Brown Band headlining.

The biggest festival was saved for last; Louder Than Life (which we also previewed here), featuring over 50 bands and some of the biggest names rock and metal have to offer. There were some questions on how the festival would bounce back after the cancellation of the festival in 2018 and exploring a new venue. Those questions were answered by the 128,000 festival-goers that attended Louder Than Life in the final weekend of September with Slipknot, Guns N’ Roses, and Disturbed on the marquee, breaking their attendance record and earning the title of the largest American Rock Festival. The first-ever “trifesta” experience yielded 289,000 fans over all three weekends.

Knocked Loose’s “Mistakes Like Fractures” is a riveting example of their captivating sound. The band was killer this weekend:

If you are a festival fan looking to fill out your bucket list of must-attend events, Louder Than Life needs to be on that list. Fans traveled from all over North America and media members traveled from as far away as China to catch a glimpse of what was happening in Kentucky, which is primarily known for bourbon, basketball, and horse racing. Louder Than Life provided more than just a concert experience, exhibiting art installations, sponsor activations, and top-notch food vendors from a wide variety. Fans also had the opportunity to sit in on a panel featuring an unmasked Shawn Crahan, aka Clown of Slipknot to discuss the new Slipknot No. 9 Whiskey and their new album,We Are Not Your Kind. There was even a wedding inside the festival for a couple that met at the festival four years earlier.

Now for the music. Each day had a stacked line up with a who’s who of artists at the top of their game. The beauty of the Louder Than Life lineup is the diversity of acts. There were legendary bands like Suicidal Tendencies, Melvins and Gwar that have been rocking since the ‘80s. Explosive up-and-coming acts such as Knocked Loose, Fire From the Gods, and I Prevail. And then there are the acts that you raise an eyebrow to when you see them in the lineup. Yet artists like Ice Cube, The Crystal Method, and Jelly Roll delivered incredible performances that drew sizable crowds.

To get you all pumped for the pending fist-pump party, here’s the festival’s official Spotify playlist:

Special and unique moments of the festival were not in short supply either. Barricades and the space between can be a disconnecting element of a festival with so much separation between the band and the fans. Although that didn’t stop many artists from getting into the crowd themselves and even interacting with the sign language interpreters. Benjamin Burnley, of Breaking Benjamin, made his way through the mass of people to sing acapella to a fan. Anti-Flag put half the band in the crowd with drums, guitar, and microphone and performed amongst the people. Even shock rocker Marilyn Manson got up close and personal with fans during his performance of “Beautiful People.” The energy the crowd gave to the artists was definitely reciprocated.

Fans were also treated to live versions and covers by several bands. Supergroup Deadland Ritual, featuring Geezer Butler, performed classic cuts by Black Sabbath and Velvet Revolver. Phil Anselmo and The Illegals performed hits from the Pantera catalogue, and Gwar’s Pustulus Maximus even joined them for a rendition of “Walk.” Guns N’ Roses threw in a cover of Soundgarden’s “Black Hole Sun” in their three-hour set. Friday headliner Slipknot unshelved their first single, “Wait and Bleed,” which hadn’t been on their setlist for several years until this current tour.

Dude, you need to get acquainted with Fire From The Gods “Right Now:”

One of the intangibles of the festival experience is the sense of community that you feel while being surrounded by over a hundred thousand people from a mirid of demographics. That has always been a staple of the rock and metal community even in a world so big you have a kinship with fellow fans. Many bands addressed this notion as well. No matter how different we are, we are in this together. Louder Than Life and its growth proves this community is here to stay even if it’s not considered “mainstream.”

After an unprecedented month of live music and wrapping up the 2019 festival season, what’s next for Danny Wimmer Presents? Can they go bigger than this? The answer is an emphatic “Hell yes.” On October 10th, it was announced that arguably the biggest metal band ever, Metallica, is headlining the Friday night and Sunday night of five three-day festivals in 2020. Ten headlining sets across five festivals. Epicenter in Charlotte, North Carolina, Welcome To Rockville in Jacksonville, Florida, Sonic Temple in Columbus, Ohio, Louder Than Life, and Aftershock in Sacramento, California. Tickets are already on sale for Louder Than Life 2020. You can find a slew of different options (one day, full weekend, VIP, etc.) right here. Happy festivaling!

If you’re as excited as we are, take some time to peruse some of Louder Than Life’s extensive lineup from this year: 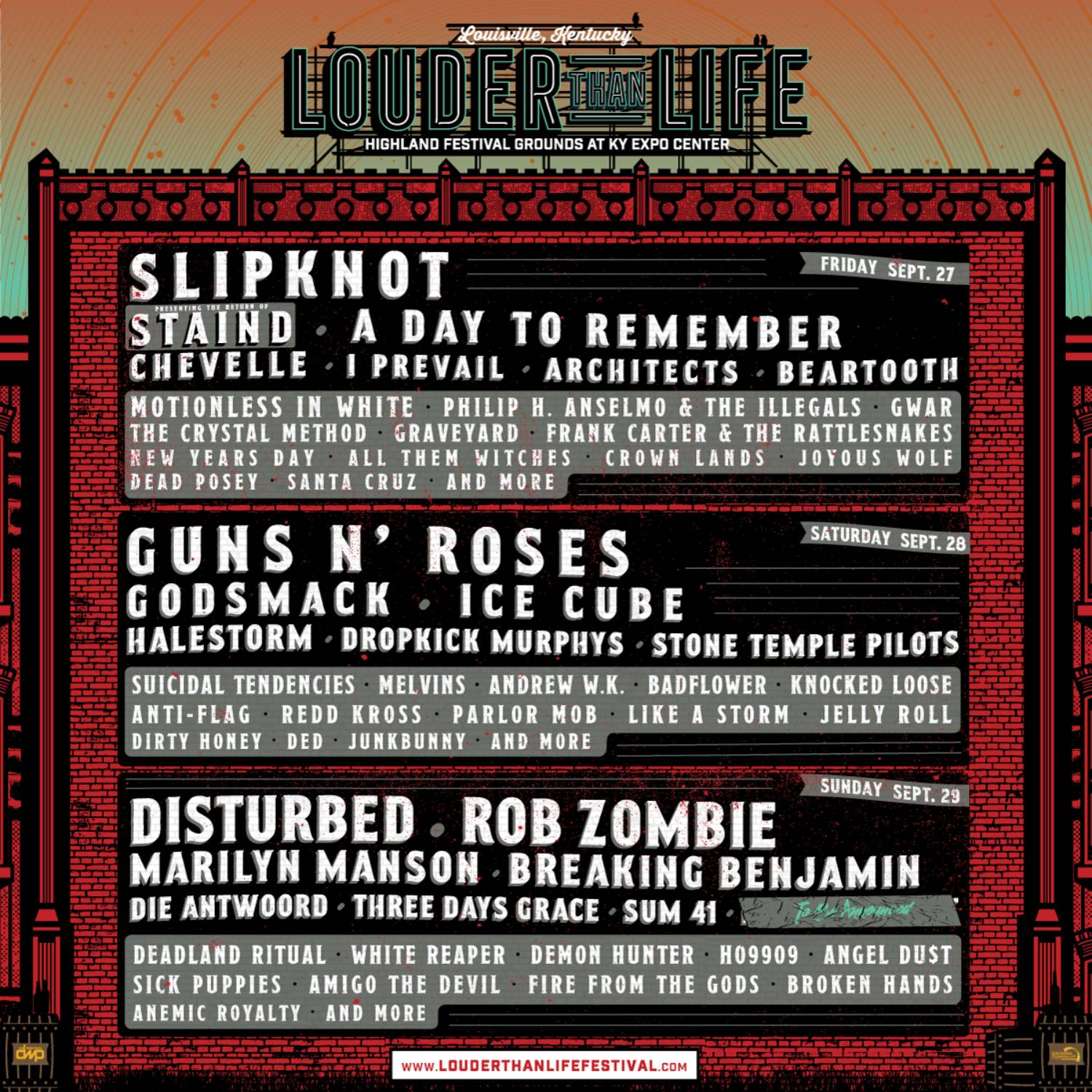