When it comes to the gothic world, few know better than Lindsay Schoolcraft. The accomplished Canadian singer, songwriter, and multi-instrumentalist is best known for her involvement in the esteemed British black metal outfit Cradle of Filth from 2013 onwards, where her symphonic contributions boosted the band to new heights. Alongside this, she initiated the “black metal meets classical” experiment, Atiqva, alongside Ne Obliviscaris’ Xenoyr, and now, she has embarked on self-releasing her debut solo record, Martyr.

The record cracks open with “Saviour,” beginning with a gritty guitar riff and Schoolcraft’s vocals offering a strong classic-goth vibe. The use of Gregorian and Orthodox chants adds a layer of mystique and intrigue, which is a portent for the complexities and innovations which await. “What’s To Come” follows and we hear Lindsay’s signature key work for the first time in a track that’s a bit more impactful than the opener. There is more atmosphere, more ‘going on’ in the background (a children’s choir backs up the chorus and adds a chill to the spine), and the contrast between the dark, heavier guitar passages and pre-choruses with hauntingly soft vocals works to great effect.

Martyr may well offer stomping, heavy riffs in abundance, but Schoolcraft really shines during her toned-down moments. “Where I Fall” is one such moment; a touching ballad with emotionally-pulling lyrics – “I only need myself to survive, so if you love me let me go” – which are powerfully paired with an anthemic instrumental background. The only moment which lets the album down somewhat is “Dawn”; seemingly an interlude of sorts which is dramatic and builds tension, yet, individually, it falls flat compared to the rest of Martyr’s offerings.

She’s a phenomenal musician, but Schoolcraft doesn’t want to be your “Saviour.”

Just when you think the record has hit its peak, it gets taken up another notch with “See The Light.” This is hands-down the standout track on Martyr, due in no small part to the aforementioned Xenoyr and his guttural contributions. Here, the track seems to encapsulate everything that Schoolcraft has made herself known for over the years: striking vocals, complex instrumental patterns, and sheer orchestral magic. It’s a relatively short, sharp punch for the record and it brings another level as the dual sonics of the male and female voices provide the striking chorus. As they overlap alongside a heavily distorted riff that’s quite unexpected-yet-perfect, it’s clear it’s a match meant to be.

Towards the end of Martyr, it seems the album can’t get any more varied, and yet Schoolcraft throws a cover of The Cure’s “Lullaby” into the mix. With the drums and vox taking the forefront of the musical attention, the main guitar lick hides in the background, creating a haunting atmosphere alongside the soft-yet-sharp vocals. Long, drawn-out riffs and synthesizers make for a damning ambiance which builds to dramatic effect and pinnacles in a new interpretation of the classic goth track. There’s no doubt Robert Smith would be proud of this cover – it respects the structure of the original but takes it to darker, stronger heights.

Overall, Martyr is an exciting and solid start for Schoolcraft’s solo career. It dips into heavy material, delicate vocal passages, and an array of emotions in a complex and varied manner which demands your attention throughout. With her dedication to all things Gothic and malevolent, yet also heartfelt and sincere, Schoolcraft has a promising solo career ahead of her indeed. As debut records go, this is a knockout.

A press shot of this powerful artist; this is Lindsay Schoolcraft: 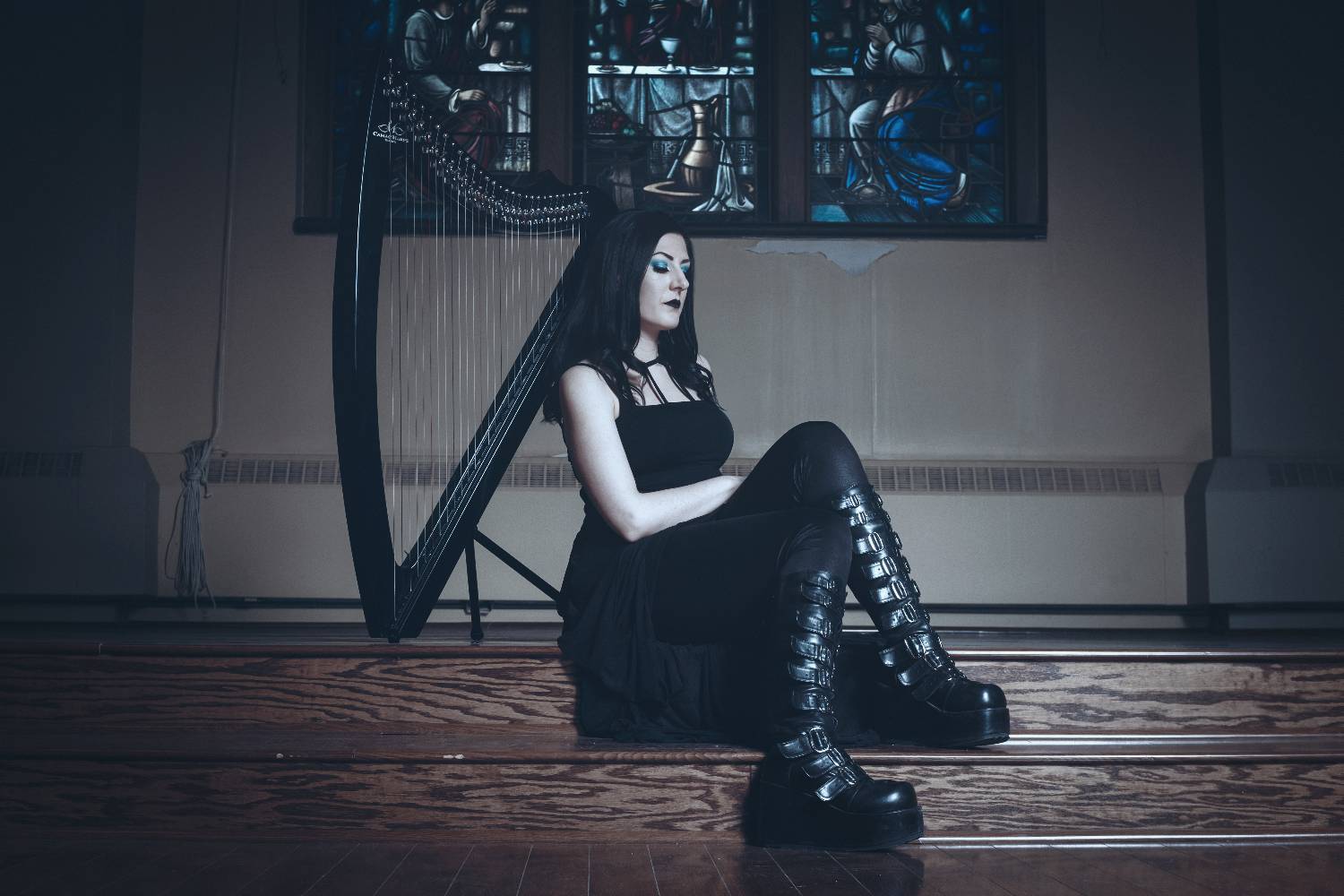 Want to know more? Follow Lindsay through a rundown of all the songs on Martyr.