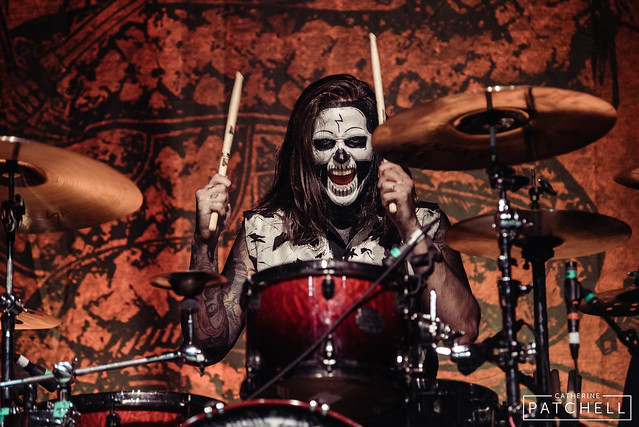 Just before heading into the last week of their co-headlining tour, All That Remains and Lacuna Coil made a stop in Berkeley, California. The month-long trek started in New York on September 15th and will continue throughout the U.S. and Canada until October 19th. Out to support and open the show on this leg of the tour were Bad Omens, Toothgrinder, and Uncured.

I write a lot of show reviews. In most cases, even when there are hiccups, they are still very positive experiences. Unfortunately, this mid-week Wednesday night show didn’t start off on the right foot and seemed to continue to be plagued with issues throughout the evening. From terrible traffic as a result of accidents, a last-minute change in show times without notification, and rough sound, it was not the best experience I’ve had at the UC Theater.

Heading out of San Francisco to the East Bay venue, I was not surprised to hit a pile of traffic on the Oakland Bay Bridge. Combine regular commuter traffic with Google Maps reporting multiple accidents and the bridge turns into a stretch that would be quicker to walk across than to drive over. After parking a couple of blocks away and beginning to walk to the venue, I suddenly heard a very loud scraping sound. I looked across the street just in time to see that the rear tire of a vehicle had rolled off the axel and was continuing to roll away from the vehicle as the car came to a screeching stop. That’s not something you see every day. (Note: no one was injured.)

The website and Facebook event page said that doors were at 5:30 pm and the show was at 6:30 pm. Arriving at 6:40 pm, I knew I had missed the first couple of songs because of traffic, but was on track to catch at least the second half of Uncured’s set. I know there is always a caveat of “times subject to change,” but I was disappointed to learn the show started much earlier than advertised, causing me to end up entering near the end of the set of the second act, Toothgrinder.

When I arrived, the crowd was quite small, which I quickly attributed to the traffic and show start time change. I’ve seen Toothgrinder a number of times on the east coast and each time there has been a great crowd. While I was only able to hear a couple of their songs (which was truly disappointing since I was looking forward to the set!), they did show a great level of energy to the dismal crowd. This past Friday, the band released a new single, “The Silence of a Sleeping Wasp,” in anticipation of their new album I AM out October 11th via Spinefarm Records. A new album usually coincides with the announcement of a tour to support the release, so we are sure to see them on the road again soon, either at the end of the year or at the start of 2020.

Bad Omens took to the stage next. A show of hands uncovered that the majority of the crowd was seeing them for the first time that night in Berkeley. Earlier this summer they toured alongside Born of Osiris making a stop across the Bay in San Francisco. The sold-out show had an audience that was alive for the whole night and it gave them a stage to shine on compared to the dull crowd vibe that they were faced with in Berkeley. I’m holding out for Bad Omen’s next Bay Area visit to be back in San Fran so they get to experience another great crowd in this market again.

Bad Omens are “Burning Out” with their recently-released music video:

While the set change was in progress, the first floor of the venue finally began to fill in. When Lacuna Coil dove into their first song, “Blood, Tears, Dust,” the crowd roared with excitement for their arrival. It was quickly apparent that Lacuna Coil was going to be the set of the night and was the band that pulled the largest numbers out for the evening. I’d also like to take a moment to give the band’s lighting designer/engineer a shout out. Complementing the creativity of the lights that continued to change on the back of the stage, there was a continuous clean white spot on the artists throughout the set. And there was a clean light on the drummer, Richard Meiz, who sat on a riser towards the back half of the stage. As a photographer, these setups make my night!

Vocalist Cristina Scabbia began to talk about how the group was undecided about what songs to play during this tour as they were putting the setlist together. So she put the next song up for a vote to the crowd: “Swamped” or “Heaven’s a Lie.” With a unanimous roar, “Heaven’s a Lie” came out on top and the band dove right in. With their ninth studio album, Black Anima, being released on October 11th, the setlist included new singles from it; “Layers of Time” and “Reckless.”

Coming to the front to speak one last time, Scabbia told the audience, “This is the part of the show that we hate, when we have to say goodbye. We might be up here performing, but you are the show!” It was bittersweet for the band to go into their last song “Nothing Stands in Our Way.”

The UC Theater is a multi-layer venue, which I can imagine comes with a challenging sound system to manage. Standing on the ground level and towards the back for the first part of All That Remains’ set, there was extra reverberation bouncing off the back wall that distorted the sound a fair amount. It was also disappointing to notice that the first floor has thinned out as the final set of the night had started.

For most of the bands on the bill, I have seen them before at venues that drew crowds that really let each of them shine. Unfortunately, that was not the case at the Berkeley stop of the “Disease of the Anima” tour, which saw low attendance for a majority of the sets. On the other hand, the one band that I had not previously had the chance to see live, Lacuna Coil, was the highlight of the evening and is due credit for truly ramping up the energy of the room and carrying the Berkeley show.

Just released a few weeks ago, watch All That Remains’ official video for “Just Tell Me Something” featuring Danny Worsnop:

All That Remains’ latest record Victim of the New Disease was released on November 9th, 2018 through Razor & Tie: 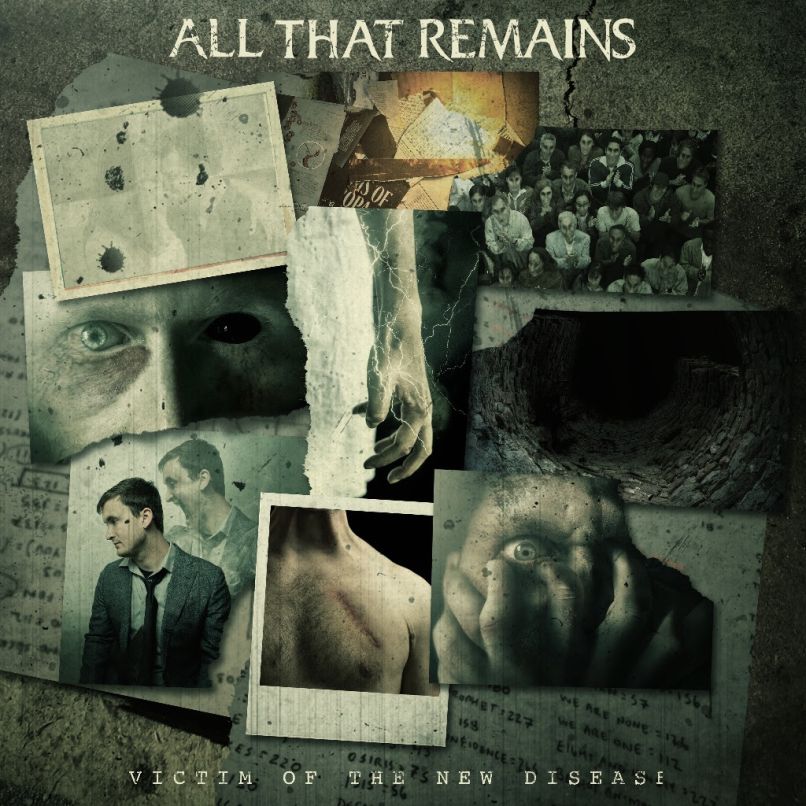