Juno’s Touch has got the magic touch on his brand new single “Second Wind,” a tune we’re debuting a week before its official release on November 6th. While it may sound like the name of a band, Juno’s Touch is actually the name of the solo project from Midwestern musician Aman Charles, a talented young man who found his way in life when he started to take music more seriously in high school while dealing with Crohn’s Disease. So you’re prepared for the 6th of November, you can learn more about Juno’s Touch by checking out some of his previously-released tracks now, through Apple Music, Google Play, Bandcamp, and Spotify.

Music was of particular importance to Charles at a young age because it became his relief in life from the daily struggles of his condition, and provided him with spiritual guidance regarding what he really needed to be setting his efforts on. Based in the tiny city of Fairfield, Iowa, focused on music when he was in middle school, but he didn’t actually set pen to paper and begin writing until he had entered his teens. Being diagnosed with Crohn’s Disease proved to be the catalyst for Charles realizing what he truly loved, which helped him in reconfiguring his goals towards being a songwriter and eventually releasing music of his own.

Find that “Second Wind” with the brand new track from Juno’s Touch:

Charles spoke at length about “Second Wind” and the intricacies in which it ultimately came to fruition:

“‘Second Wind’ existed as a demo long before I even finished my last single, ‘Genesis.’ The arpeggio you hear looping throughout the song was the initial foundation for ‘Second Wind’ and was originally written on and for guitar. I was viewing it more as a sort of pop ballad at the time. As the song started to develop, I noticed it lacked movement, but I didn’t know why exactly. I eventually came to the conclusion that it needed drums, but that realization didn’t come without many bouts of frustration.

I finally hit my breakthrough when I exported the latest version of the song and threw it in a new Ableton live set to get a fresh perspective of it. As I played it back, I, out of sheer curiosity, decided to dig through my ‘Genesis Stems’ folder and drag the takes from the overheads when the drums for ‘Genesis’ were being recorded into this new live set. After matching the tempo and experimenting with different effects, I had the drum part just like that. I couldn’t believe how well it fit. It was the perfect happy accident.”

For another example of what Juno’s Touch are conjuring up, listen to “Constellation Conversation:”

To properly put perspective on how far Charles has come with his musical career, he only just graduated from high school last year. As it was with every teenager who graduates high school, it was decision time for Charles to set his focus on doing something with his life. Rather than travel off to college like most of his classmates, he maintained a more ambitious goal of creating his own art.

Juno’s Touch began about one year after graduation and the project is manifesting itself the way in which it began: as a completely independent musical venture. Charles takes care of every aspect of his own music’s creation. From writing, to producing, to mastering, to mixing, Charles really is a jack of all trades. With so much accomplished at such a young age, we can only foresee good things for the exciting, and inspiring Juno’s Touch.

Have a look at the artwork that accompanies “Second Wind:” 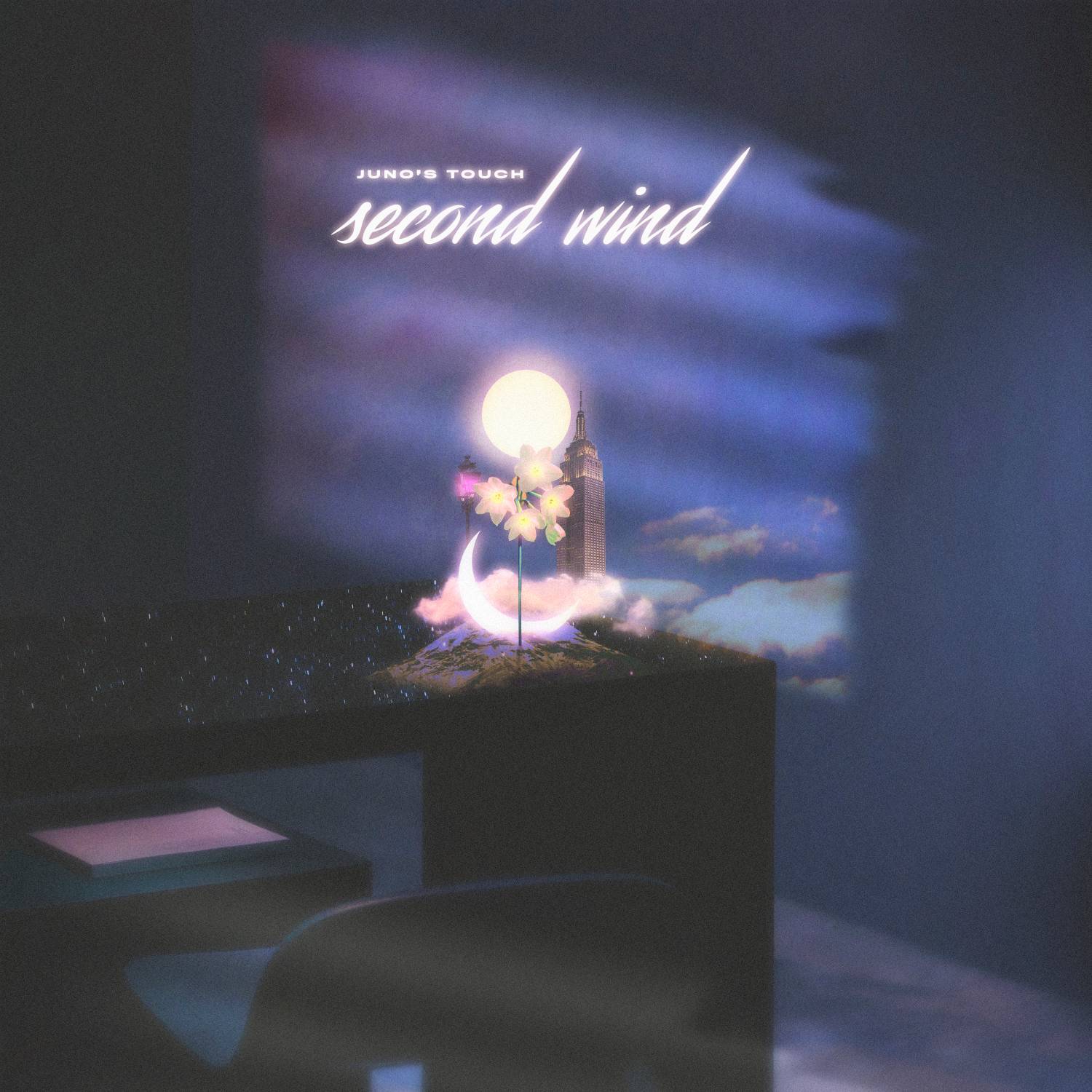