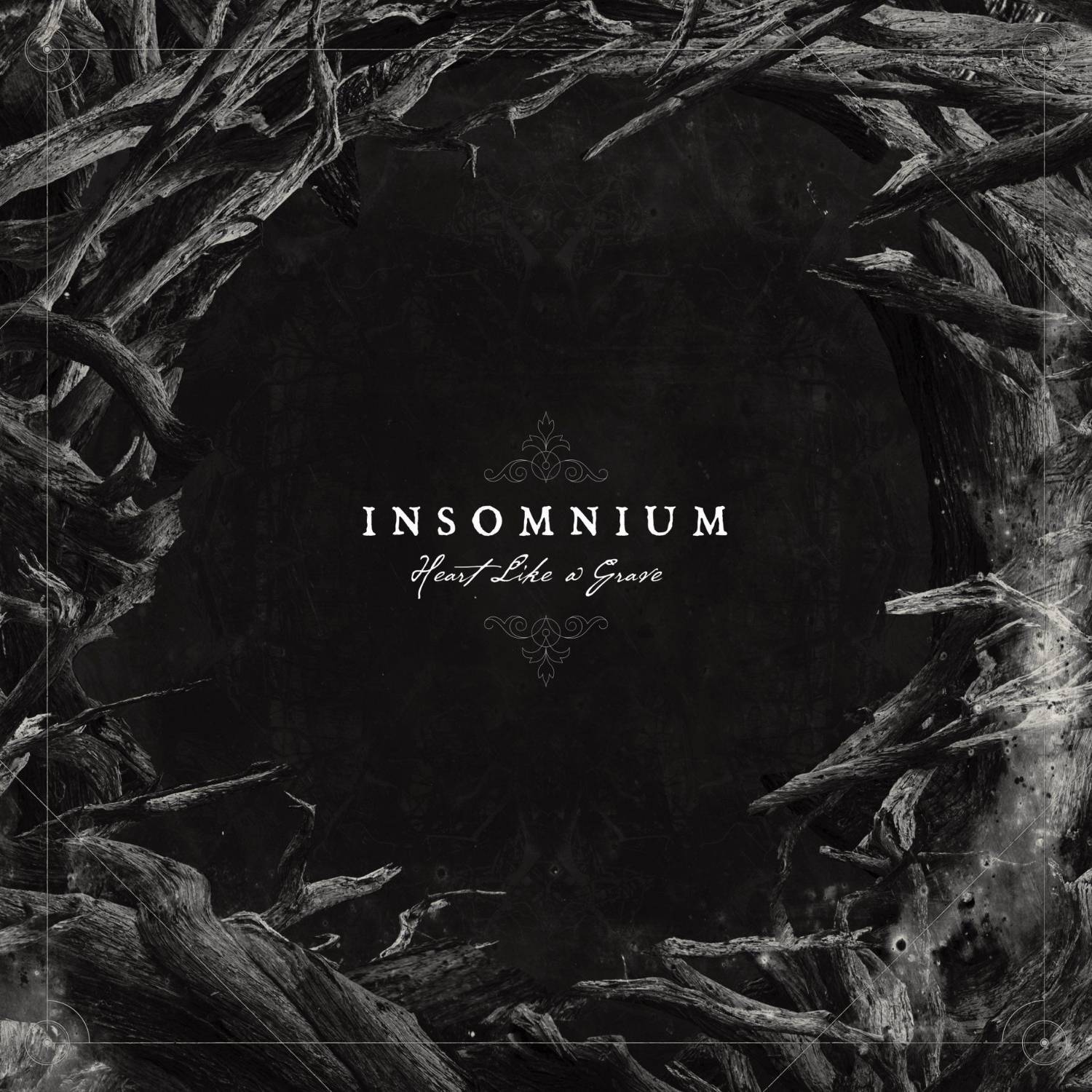 Inspiring devotion from fans across the entire globe, Finnish melodic death metallers Insomnium have married the tranquillity of acoustic guitars and strings with the driving rhythms of their genre across a seven-album career – with forthcoming eighth Heart Like A Grave (pre-order/save here) having some of the finest melodeath albums ever released to stack up against. On this latest outing, the band promises to bring melancholy and misery to the listener across its hour-plus running time, and with three tracks already released, this theme has been made apparent both in the music and videos thus far shown.

Opening in the now traditional Insomnium way (a circa 3-minute semi-instrumental track followed by the album’s lead single), Heart Like A Grave kicks off feeling like home to fans of the band. New guitarist (but established live member) Jani Liimatainen’s clean vocals are at the forefront of the verses, with founding member and previous primary singer Ville Friiman now adding harmony and body rather than driving these sections forward. It’s a positive evolution and, although the deeper tones of Friiman have been a hallmark of the past three albums, it demonstrates that as a band in their third decade, they remain willing to evolve – Liimatainen is a consummate vocalist on top of his undoubted skills on guitar.

Heart Like A Grave’s centrepiece is “Pale Morning Star” – a near 9-minute epic of complete and utter perfection in both a musical and lyrical sense. It is beautiful, it’s heartbreaking, and it carries all of the presence one would expect from these masters of their genre. It’s a song which encompasses everything Insomnium are about: bringing harsh vocals along with spoken word seen on their very early work such as on In the Halls of Awaiting (2002), as well as elevating the atmospheric elements evolved through more recent releases – long-time collaborator Aleksi Munter has outdone himself on keys both here and throughout the entire album.

Immerse yourself in the beauty of “Pale Morning Star”:

The callbacks to previous releases is not a characteristic unique to “Pale Morning Star” either; “Neverlast,” for example, moving from a verse cadence reminiscent of “Drawn to Black” (Above The Weeping World, 2006) into the longer, flowing lead guitar lines found on One for Sorrow (2011) progressing through a bridge which wouldn’t feel out of place on Since the Day It All Came Down (2004). The euphoric riffing in “The Offering” could be seen as comparable to “Ephemeral” (Shadows of the Dying Sun, 2014) and is one of the album’s few moments which doesn’t invoke depressive feelings or outright bleakness; such was the approach the band have taken in using the darker elements of Finnish tales and folklore for inspiration.

With Heart Like A Grave, there is both an album to enjoy on the surface of the first listen or two, and more hidden detail found when delving deeper into individual elements. Niilo Sevänen’s vocals sound as fresh as ever and there is genuine pain found in his more emotive lines – “Still I can sense you, still I can hear your voice, still I quiver under your touch” hitting particularly hard within “Pale Morning Star,” especially combined with the stunning video. Drummer Markus Hirvonen improves with each release, even from some of the especially testing elements found on Winter’s Gate (2006), and consistently chooses the optimum groove to drive each track forward. Guitar-wise, the three-pronged approach comes to the fore particularly in the latter parts of “Mute Is My Sorrow,” and the lead lines offered by Markus Vanhala, the man with the best guitar tone in metal, are as flawless as ever.

First single released “Valediction” is an upbeat and concise headbanger:

As the final instrumental tones of “Karelia” fade away, the listener can be forgiven for needing to manually return their jaw to an undropped state. Even with a back catalogue as exceptional as Insomnium’s, this recording stands above them all as the ultimate embodiment of the band’s work, of Finnish music, and melodic death metal as a genre. Previously there has been healthy debate as to what the group’s ‘best’ album is and how a new fan should discover them. Now, if someone asks you where to start with Insomnium, hand them a copy of Heart Like A Grave and say “Start here.”