For a band to have a unified musical direction while still finding their sound may seem incongruent, but for Los Angeles quintet His Eyes Have Fangs this is their operating model. Their sound can be best described as experimental, psychedelic rock with intermittent bursts of fury in a dark, sonic undertow. They are not like anyone else in the music scene.

“When we originally started we were just a trio and we were just instrumental,” Alva says. “We had some amazing guitarists that played with us but we kind of outgrew those first couple of guys. We had no direction other than just the fact that we wanted a female vocalist and that we wouldn’t settle for anything other than having a woman singing. And naturally, Rachel was a perfect fit.”

After performing together in the Sacred Sons band at the Rock to Recovery 3 event in Los Angeles in 2018, Matt Rainwater asked Mayo if he would like to join His Eyes Have Fangs for a jam session. Prior to the session, Mayo listened to their material.

“I heard it and I was immediately taken by the female vocals because I have almost always been in bands where dudes were coming at you hard. For me, that was what was initially tantalizing and dynamic.”

Mayo and Alva became acquainted in December 2019 after HEHF opened for Royal Distortion at the Whisky a Go Go. Rossi, a good friend of Sonny’s, introduced the two. The band’s guitarist was unable to make the show and they played their set without guitar, Rossi holding up the melody end with keyboards. That night, after a conversation, as Alva describes, the invitation for Mayo to join the band was open. “You just have to be able to be flexible, be a bit of a chameleon, I think. That’s what I’ve found with Sonny, to go from hard rock, heavy rocking, to what he’s doing with us. He had to, like a chameleon, be able to change colours with the different songs.” Mayo adds, “I’m 48 years old and I’m still growing as a player, and that’s really due to being able to play with these guys.”

Check out Charlie Steffens’ shots of the band at the Viper Room on August 29, 2019, and at 7even Studios in Signal Hill, CA on August 20: 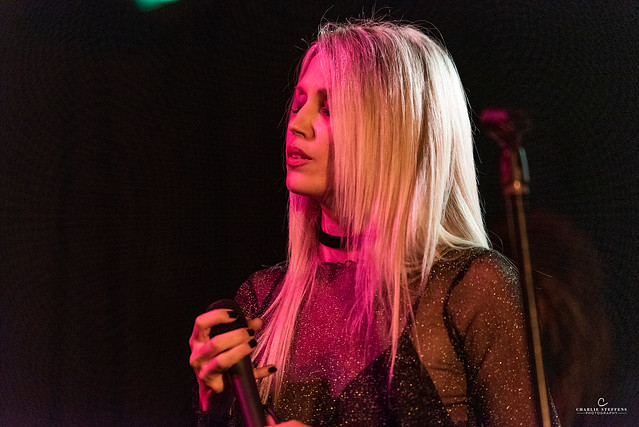 Alva believes live performances are the band’s strength: “It’s crazy. We can go out and play as good if not better than the records we made. That’s why we practice a lot and that’s why we have the confidence that we have. (With) Matt and I as a rhythm section, no matter what happens onstage we’re going to hold it down. Whatever happens with the guitars and the vocals, we’re going to let them know that we’ve got their back. I think we’re very open-minded. I think we communicate well, most of the time, and the fact that we do have such a good relationship as far as the spiritual vibe with the band.”

“Constellation,” from the band’s first self-titled EP, shows range and depth beyond the darkness, yet at the same time exemplifies Rachel Rainwater’s emotive style of singing. Her song lyrics are often veiled in a foreboding mood, complemented by a minor chorded-soundscape. “Some of (the songs) were written during really dark parts of my life,” she says.

A well-known figure in pro-skateboarding since the mid-1970s, Alva divides his time judiciously between skating, his personal life, and the band. Is he concerned that people might not take him seriously as a musician since skateboarding is his mainstay profession? “Most skateboarders are not good musicians,” he says. After a moment, though, he refers to three iconic skaters who are also respected musicians: Ray Barbee, Tommy Guerrero, and Chuck Treece. “They’re amazing musicians but they’ve worked on it for years. I can see why people would stereotype someone, especially an old-school skateboarder like me.” Alva admits. “I don’t really have that much to prove, but at the same time, I’m not going to go out and make a clown of myself. I’m going to put in the time.” Having played in punk bands since the early ‘80s, Alva has honed his chops as a bassist. His Eyes Have Fangs has been a respite for Alva, as it has been for his bandmates.

Blue 4 U is the most recent album by His Eyes Have Fangs, released in summer 2017 by Astro Lizard Records: 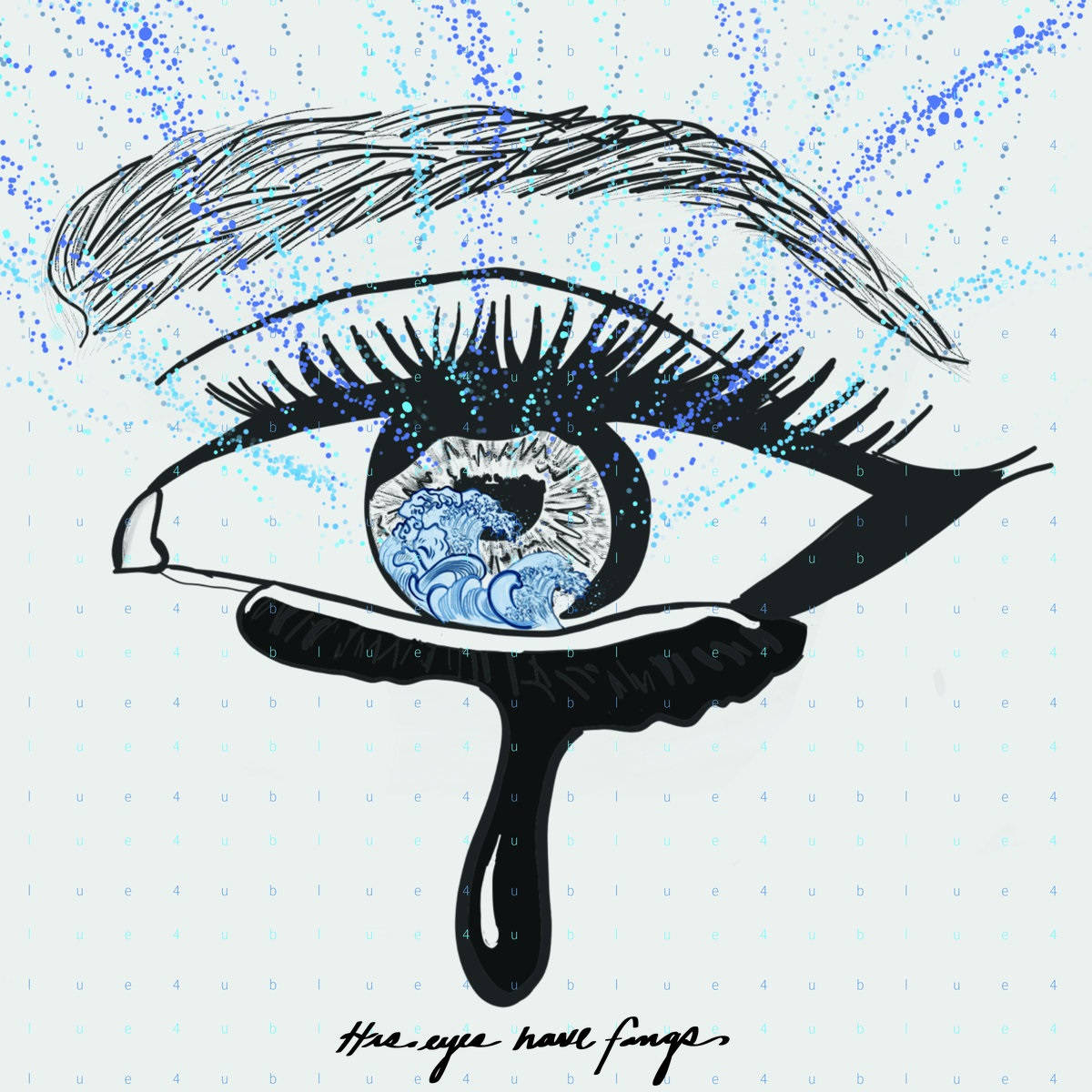 “We’re definitely inspired by different, really moody, heavy technical rock bands,” Alva says. “We’re influenced by different bands, but we’re not trying to imitate anybody. We do cover songs every now and then to fill space because there are certain bands that we really love. But we’re not trying to be the next Velvet Underground, or the next Radiohead or Jefferson Airplane.”

That statement may be the key to understanding HEHF. They are not interested in being a major label’s next big thing. As Rachel Anne Rainwater puts it, “As a band, we have been going through many changes in the last year, and have been trying to really explore and find our true voice and who we are at our core… in that way, we will blossom into the way we have always envisioned His Eyes Have Fangs to be. We are excited for our fans to hear what is in the music we will be writing next.”

Enjoy the beautiful scenery in the music video for “Into The Sun,” also off of Blue 4 U: