Georgia Weber is what you would refer to as an “accomplished musician.” The Brisbane, Australia native has successfully constructed a career based on versatility, creativity and a wealth of musical talent. After earning a Bachelor’s Degree in Jazz Double Bass Performance from Queensland Conservatorium Griffith University, Weber did what any musician with that degree would do; form a pop-punk rock band. She later delved deeper into her jazz background when she joined the contemporary jazz group, Ben Carr Trio for a few years before moving to New York City where she performed with artists like Post Modern, Jukebox’s Robyn Adele and jazz vocalist Camille Harris.

After all these years of genre-jumping and musical experimentation, Weber became more settled with the direction in which she wanted to take her career and formed Georgia Weber and The Sleeved Hearts, a trio with drummer Nathan Ellman-Bell and guitarist Kenji Herbert. The group has become a staple of many live venues in New York City and this popularity has helped make way for the band to establish a recording career. Weber and The Sleeved Hearts just released their new album Keeping It Real on October 4th, perhaps their most accomplished piece of work yet. Much like Weber’s career, the album experiments with pop-punk and indie rock influences while remaining true to the foundations of jazz. Keeping It Real pays tribute to more traditional jazz standards, along with modern standards, as well as drawing on her own personal experiences to create a very complete composition.

With such a dynamic artist, we jumped at the opportunity to speak with Georgia Weber. In our chat, we speak about the Keeping It Real record, the title track single, her formal education in jazz performance, and how she came to team with The Sleeved Hearts.

Georgia, your new record Keeping It Real was just recently released at the beginning of October. The album is named after the title track single for which you’ve released a music video. What are you “keeping real” with this record? Is it that you feel music just isn’t what it used to be like?

Georgia Weber: “Music is certainly always changing. Maybe more quickly now than ever before as we have so much information easily accessible. Musicians are always reaching back to those before us, combining influences and trying to make something fresh. I hope that I am always very honest lyrically and musically. My goal is to make music that feels right for me at the time rather than making things with the audience in mind. I hope that this honesty will connect with someone else’s experiences.”

The single “Keeping It Real” is about personal strength while enduring the difficulties of dating in the modern world. Let’s be honest, isn’t dating just way more difficult than it really needs to be?

Weber: “It probably is! I feel like everyone (myself included) is always stressed about when to text.  When not to text etc etc. In the end when you find someone you click with, the story seems to write itself. Shortly after writing these songs, I started dating the man who became the producer for this record and more recently became my husband, Sonny Ratcliff. In our case NOT dating was the difficult part! Once we started dating we got on much better!”

Listening to “Keeping It Real,” it sounds like a song that comes from a painful or at least sensitive place inside of you. What headspace would you say you were in when you came up with the idea, or maybe lyrics for this song?

Weber: “It was a really dark time when it felt like everything in my life was kind of falling apart at once.  But I was also determined to let go of the things that were keeping me from being the best I could be. This song was reinforcing that feeling for myself. Trying to forgive those that had hurt me but also leave them behind. Change is hard sometimes.”

Would you say that the theme of personal strength and perhaps resolve resonates throughout the entire album?

Weber: “I hope so. I write a lot about sad things. Often stories people have shared with me, sometimes my own stories. But I think of sadness also as a very beautiful part of the human condition and certainly not a weakness. Moving on from it is also important though and can be a challenge that takes a lot of personal strength sometimes.”

How long was ‘Keeping It Real’ in the making for? From beginning to end, how long do you estimate this writing and recording process was?

Weber: “This was a very slow process. The Sleeved Hearts had been playing live for 4 years before we got into the studio. The songs were written or arranged over that 4 year period. We recorded at the start of 2018 but it took me until the end of the year before I felt ready to mix and master it.  We finished the master in the early months of 2019. I promise the next will be quicker!”

While a lot of musicians are self-taught at their instruments, you earned your degree in Jazz Double Bass Performance from Queensland Conservatorium Griffith University. In hindsight, do you feel the formal education in your instrument made you a much better player? Or do you still value higher the many hours of self-teaching that you’ve gone through?

Weber: “It’s certainly a privilege to have some years where you can dedicate yourself to nothing but improving on your instrument and learning music more broadly, but truthfully self-teaching can be equally as valuable. My degree was most valuable for the mentors I found – other students and professors, and for opening my awareness to lots of different kinds of music. It also trains you to deal with pressure and criticism on a regular basis in performance. In the end we are all learning from our heroes – their records or in person.” 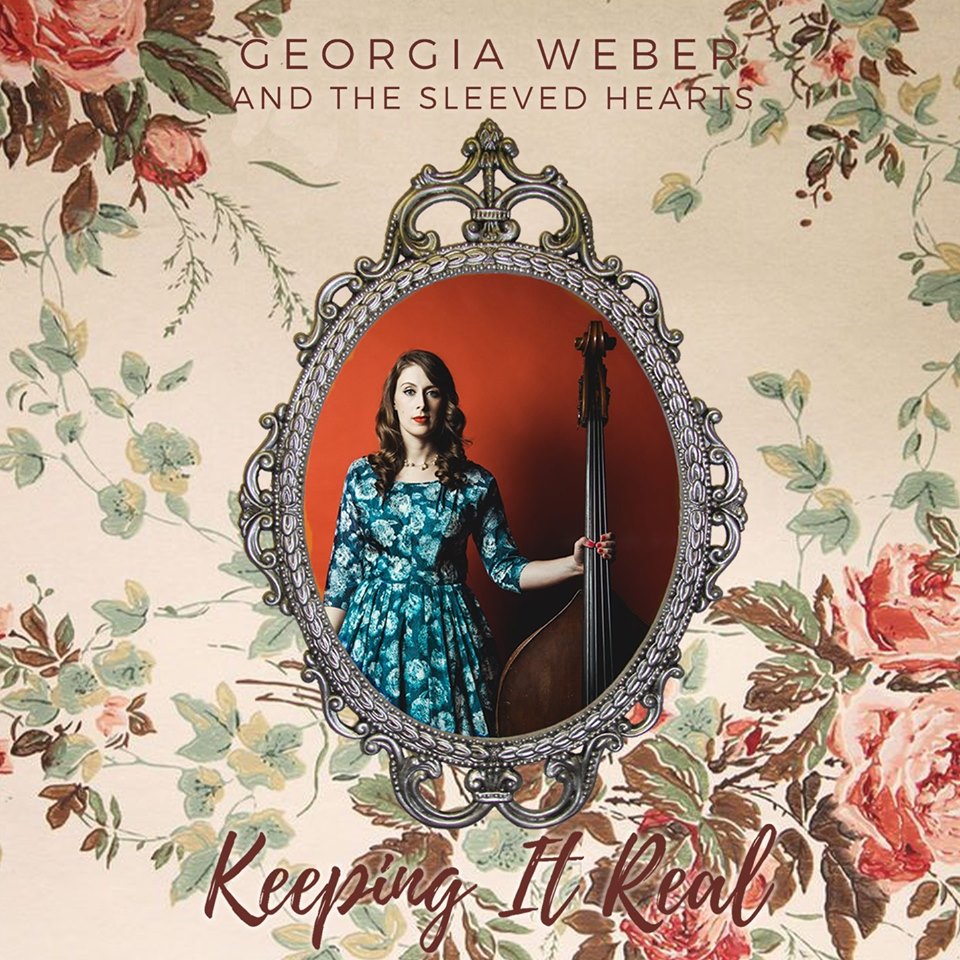 Who are some of the double bass players and other musicians you really looked up to when you were learning your craft?

Weber: “Scott Lafaro, Charlie Haden and Ron Carter were the recording artists that I really loved growing up that influenced my bass playing. I’ve been fortunate enough to learn from Ron Carter and Harvie S. since living in New York and they continue to help me focus my craft. It never really stops, I think.”

You of course play in a trio called The Sleeved Hearts, featuring Nathan Ellman Bell on drums and Kenji Herbert on guitar where you act as the band leader. How did you initially join up with both Nathan and Kenji and begin playing with them?

Weber: “I heard Nathan play with a friend’s band a few years back. Kenji I heard by chance – he was playing with a band after another show I went to see. As soon as I heard both of them, I knew they were the perfect musicians for the sound I wanted. There were a few predecessors for each of them. Nathan joined the band first. Happily, it turned out that Kenji and Nathan were already friends so they were excited to have another excuse to play together.”

I’m interested in how much of a collaborative project this is. Was Keeping It Real written as more of a collaboration with The Sleeved Hearts? Or did you do much of the general writing with additions by both Nathan and Kenji?

Weber: “I write the lyrics, melody and harmonies and arrange each song broadly. But the nature of the jazz approach means that Kenji and Nathan are free to interpret the core of the songs however they choose. They write their own parts more specifically and there is a great deal of improvisation. Arrangements always seem to evolve further when we are rehearsing songs together as a group. They are each critical to the way the songs sound ultimately.”

While many jazz musicians like to keep their music very purified within the realm and history of jazz music, you tend to be more experimental and combine your jazz with pop-punk and indie rock influences. I’m not surprised given your history as the frontwoman of the pop-punk group A Date With Apathy. Although you seem quite firmly entrenched in the music you’re now making, could you see yourself at some point returning to playing with more of a pop-punk group?

Weber: “My goal is to write music that can be interpreted in a very free way and hopefully my influences will change over time. Historically, that feels very in line with what jazz artists were trying to achieve, though that changed for many in the ‘90s. I am lucky that as a bassist, I still have the opportunity to play in lots of other bands where I can stretch back into rock and pop a little more. But a punk or ska band would be so much fun!”