We all are well aware of the “Big Man,” we may just not realize it. He’s that one dude who overstays his welcome at the end of a party and refuses to let go. He’s the one who claims he can speak a second language even though the most he can say is “hello” and “goodbye.” He’s essentially the guy who bends the truth, doesn’t pick up on social cues and is overall just full of it. Well, the duo known as The Belafontes know all too well about the “Big Man,” and even wrote a song about him because it’s time he was called out for his bag of nonsense. You can discover more of The Belafontes’ music by visiting either Spotify or Apple Music.

Commenting on the new single, Paul Belafonte stated, “This song is our ode to the Big Man. It was inspired by one particular big man who turned from a mild-mannered suit and tie into an out of control amphetamine monster. Still a great guy though. ‘Big man’ is a phrase that Jess and I use to describe someone who’s big noting you, but doesn’t know what they are talking about. Hopefully, everyone can identify the big man in their life, and if you can’t, I’m afraid it might be you.”

Decide for yourself whether you’re a “Big Man” with the brand new single from The Belafontes:

Paul is joined by his wife Jess Belafonte which is all this fearsome twosome requires. When you’re two people, but you sound like a quintet, then why add more members to the fold who might just mess with the chemistry? They actually attempted including a bass player into the mix, but after having no success with a string of them, the couple decided to go the duo route to full preserve the musical chemistry that they were already creating. You may assume just because they’re a duo, they either cut corners by using backing tracks or they’re something resembling the White Stripes.

In contrast, The Belafontes have created their own method of creating a big sound by the way in which they play. Paul rewires guitars to come through three different amps, plays in alternate tunings and weaves both lead and rhythm guitar sounds together in one song. As the drummer, Jess stands to dance while kicking her bass drum, plays the tambourine and has other gear hanging from cymbals to create a huge sound. This is indeed one of the most innovative ways of playing rock n’ roll that you’ll ever find.

To hear some more of The Belafontes, listen to the title track off of Roll On:

Released earlier this year, The Belafontes dropped the four-track Roll On EP, which included “Where The City Meets The Sea” which got over 37,000 Spotify plays in only a few weeks. While a lot of today’s music leans on the cynical side, the duo plays music that makes you happy by writing music that will leave you feeling positive and loving life. Rather than draw attention to the harsh realities of life, The Belafontes stand apart by shining a little light on your day, even if it’s just on two to three-minute increments.

They endeavour to not only be good music, but also music that’s also good for the mind, the soul and the spirit. That’s why Jess and Paul feel most in their comfort zone with their soon-to-be classic surf-pop anthems, written and performed in the spirit of The Beach Boys. So stop being such a “Big Man” all the time and have a little fun with life. Let The Belafontes lead your way out of that deep tunnel of pessimism!

Check out the artwork for “Big Man” while you think about whether you are a “Big Man:” 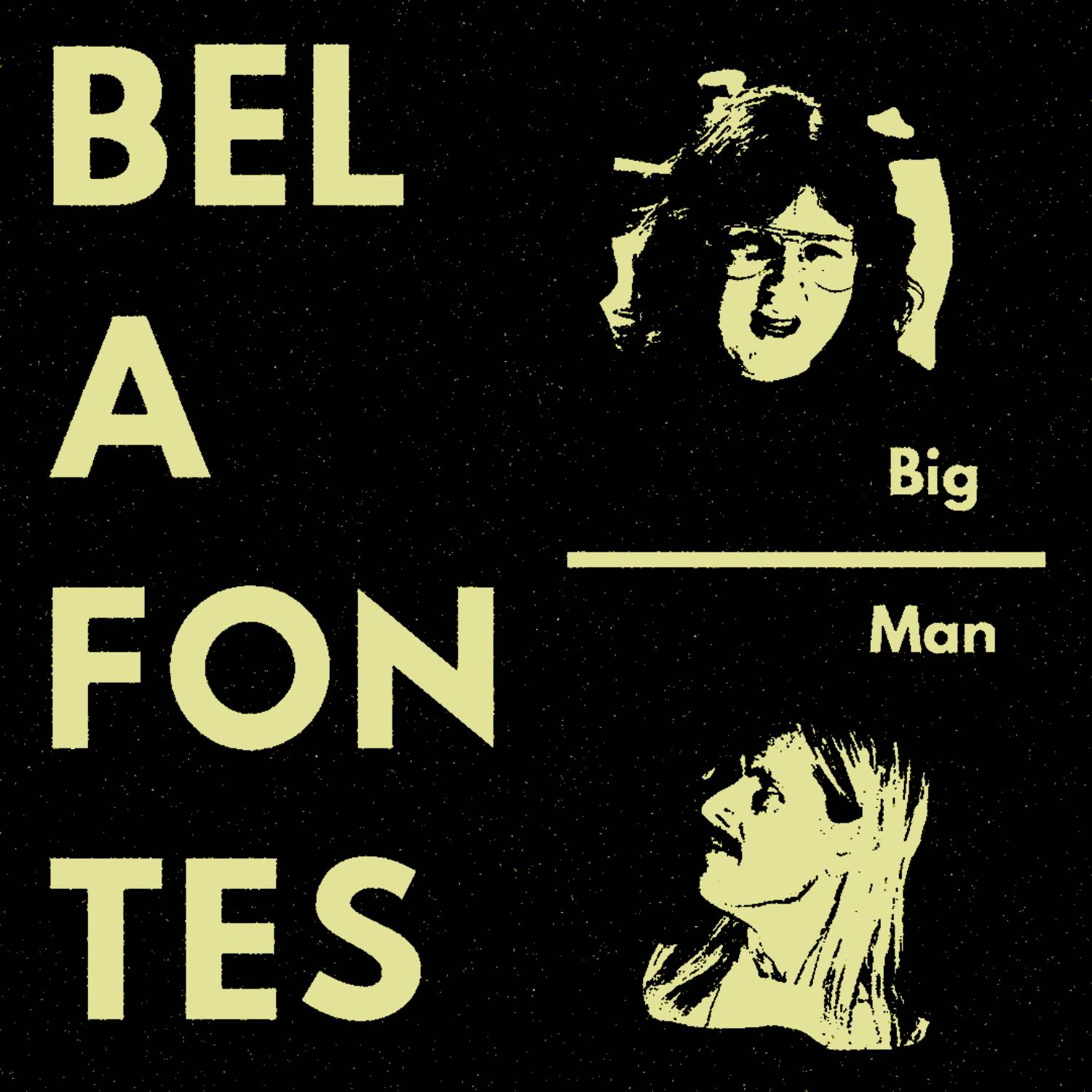