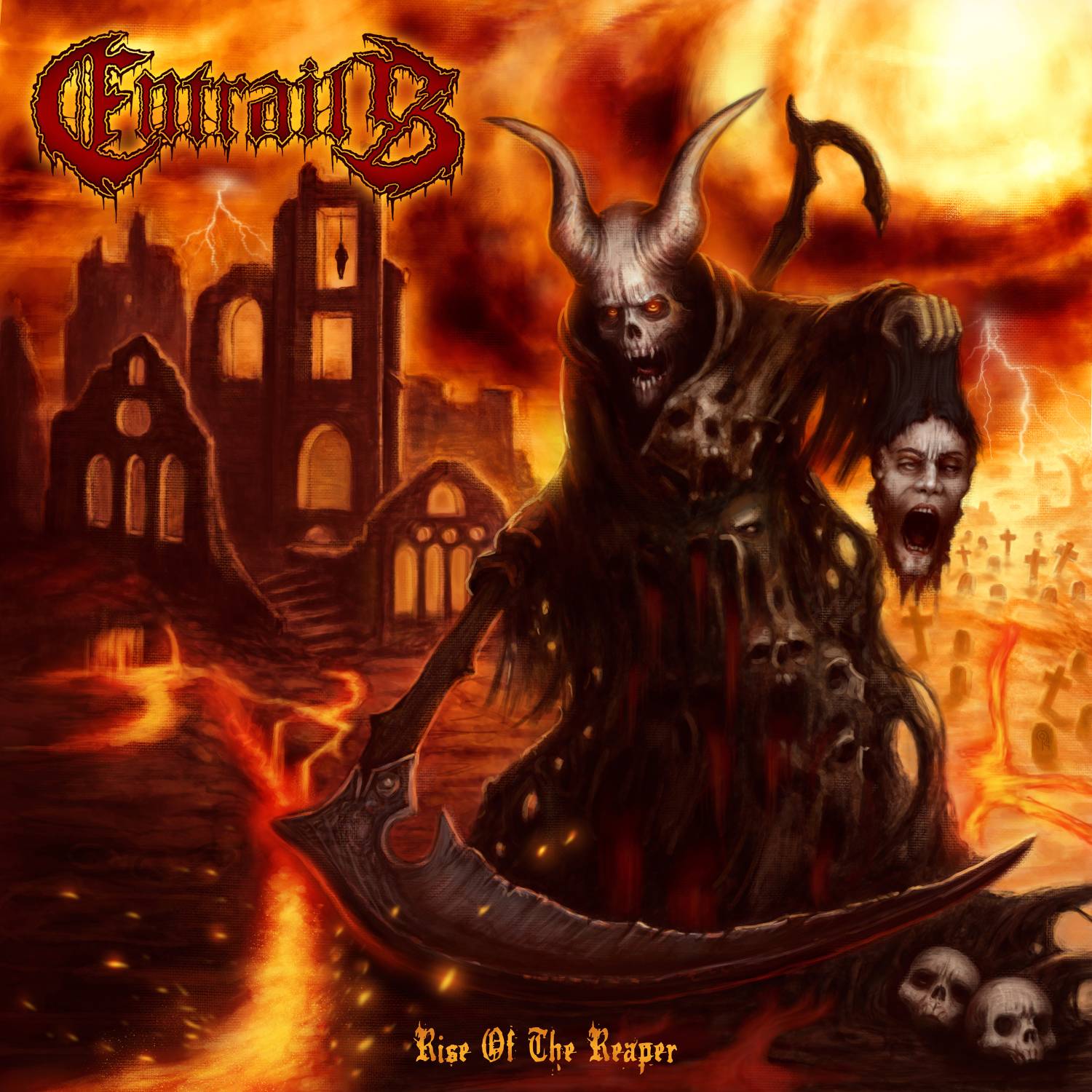 Getting their start in the early 1990s, Entrails were looking to join their Swedish death metal brethren in world domination. Unfortunately, they were not able to succeed in recording the right material that would have made this possible, and the band sadly split in the mid-1990s. Fast-forward to 2008, and they were reborn through the release of their two original demos, but with a modernized sound, and then there was no turning back. The group has proved themselves to be one of the hardest-working groups in death metal today, recording five solid-as-concrete albums and touring the planet with militaristic glee.

Needless to say, their sound is consistently six-feet-deep HM-2 classic Swedish death metal a la Entombed and Dismember, stacked to the ceiling with layer upon layer of warm, buzz-saw distortion and crushing grooves of filthy gore. Each successive record since their 2010 debut has upped the gravelly ante, waves of extremity and blistering riffs cementing their reputation as leaders of the new wave.

Rise Of The Reaper (stream/purchase options here) is thankfully yet another punch to the gut of modern music, a sonic shotgun to the head of conformity, and an enemy of the mainstream. Mixed and mastered (as always for Entrails) by the legendary Dan Swanö, it manages to roll through your skull and still remain smooth as warm peanut butter, a testament to both the band’s songwriting and the man behind the desk.

“The Pyre” stands among the strongest tracks found on Entrails’ latest release:

Vocalist Pontus Samuelsson is always a focal point of the Entrails attack, and he doesn’t relent for a single second here. Backed by the furious and pummelling riffage of Jimmy Lundqvist and Markus Svensson, his throaty roar is easily on par with the original masters of the Swedish howl. Speaking of the two guitarists, Markus is a new addition and has settled into the position with seamless ease, the pair constructing a brutally-tight cacophony. Drummer Arvid Borg is also a recent recruit, his steady d-beat locked down and keeping everyone in line.

Standout songs such as “The Pyre,” “Crawl In Your Guts,” and the wonderfully-named “For Whom The Head Rolls” are bloody heavy Swedish DM strained through a traditional heavy metal filter (much like the seminal Dismember), the sound both fresh and smugly retro at the same time. The record is a grand collection of songs by a band that sounds modestly confident that they are one of the heavyweight champions of modern death metal.

Rise Of The Reaper is an album that succeeds as both the finest work that Entrails have ever released and one of the most satisfying death metal records of 2019. Heartily, happily recommended to all looking for kick-ass tunes sans pretension or weak riffs.

This track is going to “Crawl in Your Guts” and fester:

Rise Of The Reaper Track Listing: