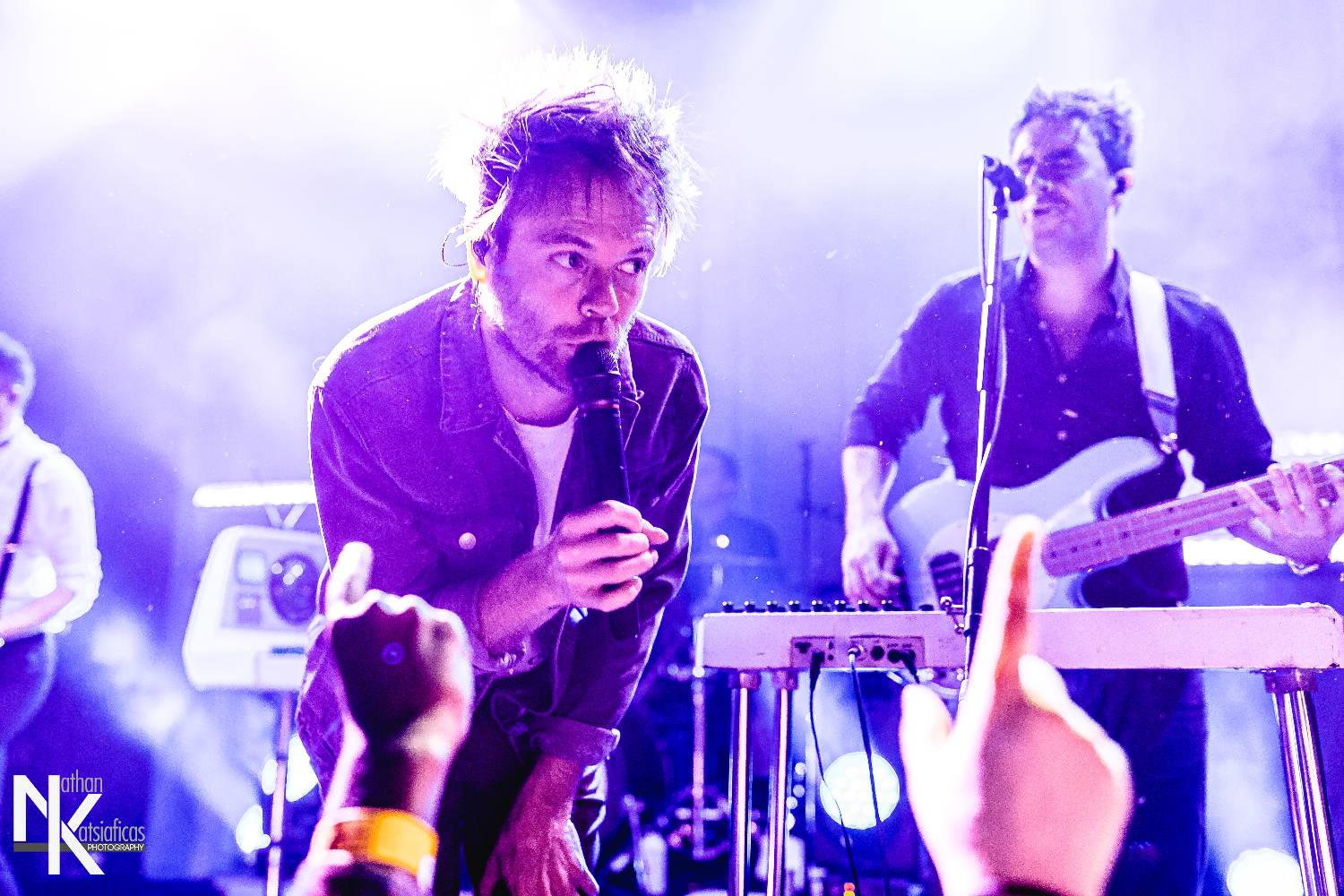 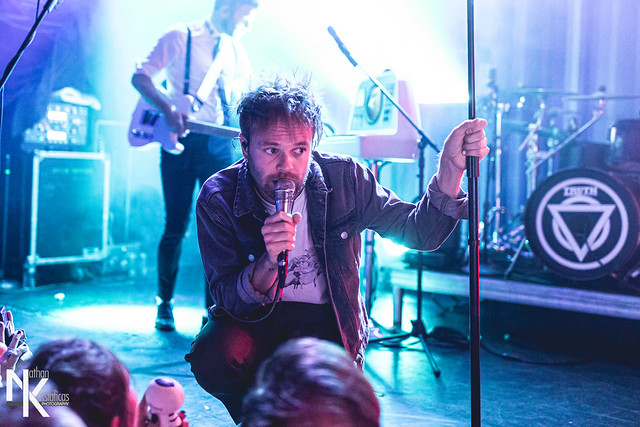 Genre-defying rockers Enter Shikari just wrapped up a short run in North America in support of their latest single “Stop the Clocks,” that saw them playing some small, intimate shows, even by U.S. standards, rather than the arenas they play overseas. We caught them in New York City for one such a show, on September 30th at Bowery Ballroom.

Playing for a sold-out crowd, the venue was absolutely packed to the gills by the time Enter Shikari came on stage after openers Can’t Swim had finished their own wild set. The band’s intro was of course, the title track from their last full-length The Spark, but before that rang out, they played a passionate speech from a 17-year-old high school student whom the band had recorded speaking at climate change protests in Texas at the beginning of the tour. Her speech was a powerful way to highlight the message of sustainability and environmental stewardship that the band represents in many of their songs.

With this concluded, what ensued was one of the craziest shows I’ve ever witnessed from Shikari (out of eight times seeing them), with fans going absolutely bonkers, crowd surfing, stage diving, circle pitting… It was just one big, chaotic and fun pile-up of like-minded people having the time of their lives. Shikari’s set started off with their new single, but continued on with older hits, “Destabilise,” “Sssnakepit,” and “Arguing with Thermometers,” the latter of which remains as poignant today as it was when it was first released.

Speaking of “Stop The Clocks,” let’s stop them for a moment and check out Enter Shikari’s latest music video:

Shikari sounded phenomenal and barring a bit of a flub during “Torn Apart,” where frontman Rou Reynolds began with verse two before stopping and starting the song over, the group was impeccably tight. They were up to their usual antics as well, with Reynolds and his counterparts journeying into the audience on several occasions, including one moment where he was dead center inside a circle pit with bassist Chris Batten riding the shoulders of a fan around without missing a note.

The night would go on to include many of the hits, such as “Mothership,” “Rabble Rouser,” “Paddington Frisk,” and the standard Quickfire Round that fans have come to expect from the band, where they speed up a few of their tracks and play condensed versions of four of them, back-to-back. This night’s medley included the anthemic “Sorry, You’re Not a Winner,” “No Sleep Tonight,” “The Last Garrison,” and “…Meltdown.” The night ended with an encore that closed with “Live Outside” and the masses emptied out into the brisk New York evening, with many a sore neck to be dealing with the next day.

If you want to see what you’ve missed, or experience it again, watch a week two highlight video of Enter Shikari’s of the “Stop The Clocks North American Tour”: