Welcome to the world of FOXY MOJO, an El Paso-based foursome that was born to rock! Their mixture of indie and straight-up rock and roll is both modern and retro but never stale. Today, well ahead of the February 2020 release of their upcoming sophomore effort, REVIVAL, the band are teasing some new tunage with the screaming single “Till the Morning Light.” If this tune doesn’t make you want to rip around a race track at top speed then you best check your vitals.

Speaking of the track, singer and guitarist Tristian London noted, “‘Till The Morning Light’ is a modern retroactive return to form and comes strutting off the band’s upcoming sophomore effort with enough swagger and sizzle that it fills the listener with overwhelming anticipation of what’s to come. No subtleties and all banger, FOXY MOJO set their first salvo up as a warning shot that they’re here to stay. Stay FOXY, that is.”

No strangers to a crowd, this crew can already tag SXSW and Street Fest as green check marks on their way to much broader notoriety. REVIVAL is said to have started with Tristian cranking out ideas on Garageband via his iPhone and, from there, the guys went on to craft roughly fifty song ideas ultimately settling on fifteen. Rounded out by guitarist Eric London, bassist Alex Rodriguez, and drummer Tristan Torres, FOXY MOJO opted for the DIY route recording, engineering, and composing REVIVAL on an iPad. Whatever you’re thinking, just check out the song below before judging.

We’re ripping this song on repeat “Till the Morning Light” comes:

In addition to the above song premiere, we connected with band member Tristian London for a quick but detailed little chat about the new single’s origins, what to expect on the upcoming album, and their “rough” brand of rock. Head below for more, and to check out the single’s cover artwork, plus another must-hear song. Until February, enjoy!

“Till The Morning Light” is one banging new track! My first question has got to be, how did you come up with that infectious guitar riff?

London: “That riff, as simple as it sounds, it was actually quite the tricky little thing to play, it may have been purposefully done by yours truly to drive my brother, our lead guitarist, Eric London absolutely mad. The night it spawned into creation would see us up until quite literally THE morning light, written, recorded, and composed. That riff, that saucy little riff actually sparked everything that would subsequently become our next album.”

I don’t think this track would have the same attitude without the rough, garage rock kind of production you chose to go with for it. How much did you have to play around with the production before you knew this was the way it should sound?

London: “Look, we’re no sound engineers, but we grew up on enough romantic tales of DIY from Jack White and his 8-track recorder to Rough Trade owner Geoff Travis’ legendary acceptance of DIY demos to realize that with today’s means you can accomplish just about anything on your own and so we pushed forward with the belief that if a song we wrote wasn’t great then no studio in world the could fix that. That spice & sizzle you hear is something we became proud of, in the same way we came to love the shambolic chaos of The Libertines, sometimes you just have to own what you are.”

Out as of October 18th, this is the single art for “Till the Morning Light”: 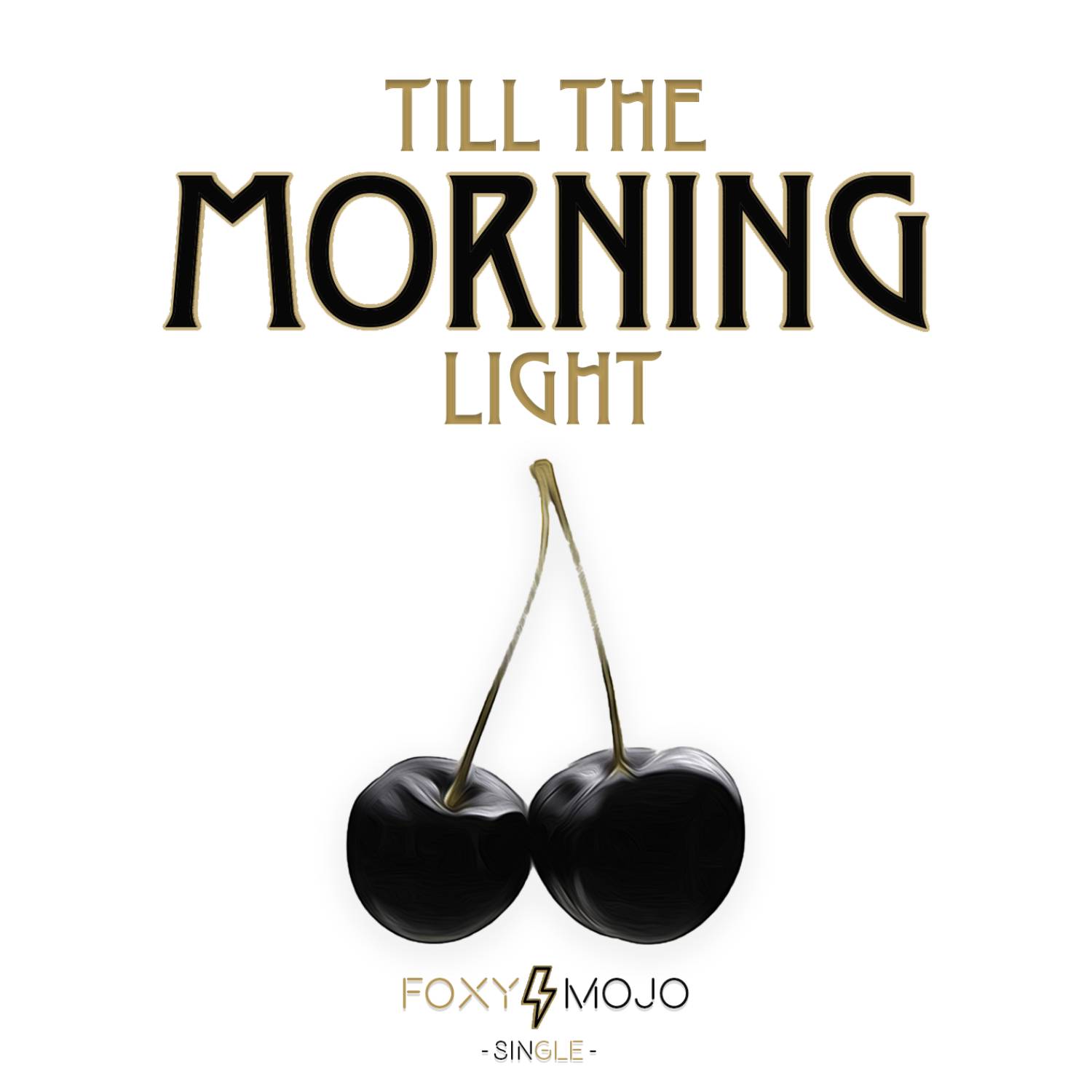 Your new album REVIVAL isn’t due out until February, but “Till The Morning Light” will be one of the fifteen tracks contained on that work. Does this song mimic what much of the album is going to sound like?

“Till The Morning Light” has a very classic, bad ass rock n’ roll feeling to it. Were there any songs, or bands, that you were listening to that you looked towards as inspiration for this particular track?

London: “Well we’ve all got roots in that golden age of indie rock n roll from the early 2000’s like JET and Wolfmother from when we were kids so that influence is always somewhere in the back of our heads, but the exact catalyst for the song came from our singer getting riled up by a song we showed him from a fairly decent new indie band and then he just yells ‘Who in the hell keeps watering down these bands!?!’ Storms off into his studio, comes out a few minutes later with the riff, and we all got to work and haven’t stopped since then.”

London: “That’s a bit tricky, I think because we truly came into our own on this album there’s a signature thread of energy weaved between most of the album that makes for great consistency, but we let every influence bleed into each individual track from southern gospel, to punk, filthy garage rock blues, to brit pop and then some.”

The album title REVIVAL is both a summary of your musical journey upwards as well as a reference to your mission of reviving the old era of indie rock that’s been overtaken by synth-pop. What has your personal experience been like trying to create an audience and play shows? Do you find it frustrating trying to gain traction within today’s music industry?

London: “Well we came from a city primarily dominated by heavier rock music, goatees, and cargo shorts, so when we tried this as teenagers, we were the odd men out, now the world seems to have accepted indie in a more ‘hip’ way, but 2013 and on seemed to have watered down what that means, and with a name like FOXY MOJO initially people didn’t quite know what to make of us before booking, but everything seems to fly out the window once we come off stage, there’s no middle ground, you either absolutely love us or write us off. And that’s ok, because we’re here to stay, and the industry, including some of our own heroes, need a swift kick in the head to remind them that indie rock still has it’s place among the muck, and we’re wearing the boot. It’s not a comeback, it’s a REVIVAL.”

While it ain’t always easy to “Say Goodbye,” this song makes it way easier.