We’d like you to meet “Mrs. Taylor.” Well, aren’t you going to say hello? Aside from being the name of your creepy old neighbour when you were a child, “Mrs. Taylor” is also the name of the latest single released from rock solo artist Drew Davies. The track is taken from his upcoming debut EP, a work that bridges together Davies’ diverse set of musical influences. You can pre-order the song via various sources here.

Usually, those who look towards 1950s early rock n’ roll aren’t also feeling inspiration coming from electronica music, but Davies isn’t your typical 21st-century musician. Some of the most pertinent reference points for Davies on his latest EP include The National, Scott Walker, Vangelis, and Tom Petty. His sound doesn’t easily fit into classifications, but you might say it bears a sense of semblance to current artists such as Sam Fender, Future Islands, and The War On Drugs.

Alright, the time has come to get acquainted with “Mrs. Taylor:”

With “Mrs. Taylor,” Davies has put together an impressive track that shines a bright light on his striking vocal polish which emphasizes the track’s lyrical qualities. It features energetic instrumentals, along with well-written hooks that are even better executed. With regards to subject matter, the song is rather melancholic, but Davies brings a sense of positivity to it all that highlights a memory of life instead of a clear reminder of our inevitable mortality.

Commenting on the background behind “Mrs. Taylor” and its positive qualities, Davies states, “Mrs. Taylor is a song about childhood. Growing up in the South Yorkshire countryside it wasn’t always easy to get around. My oldest friend’s mother Mrs. Taylor used to ferry us around a lot and take care of us if we ever got into scrapes. When I learned of her passing I immediately started writing lyrics and music; ’Mrs. Taylor’ was written then and there as an ode to childhood and to those who took care of me in those formative years.”

Drew’s most played track on Spotify, so far, is “Man on The Run.” Enjoy that tune here:

As Davies just stated, he is a native of South Yorkshire, England where he came from a long line of singers and musicians. For most of the last ten years, he has toured frequently and been a guest at a wide range of festivals in both the UK and Europe. It has not only been as a solo artist though, as Davies has also appeared live as part of musical collaborations with other artists. He has also gotten by providing songwriting for other musicians, and even sung as a session musician to find a way to not only make industry connections but also as a method to find his own opportunity to write and perform his own music. As you would expect, Davies has seen his fair share of success and setbacks, but at virtually every moment, he has put his best foot forward. Now the time has come for him to invest more in himself and his own interests and “Mrs. Taylor” is his first significant step forward. With a debut EP soon on the way, Drew Davies’ story has only just begun.

Take a look from atop the English countryside for the official artwork for “Mrs. Taylor:” 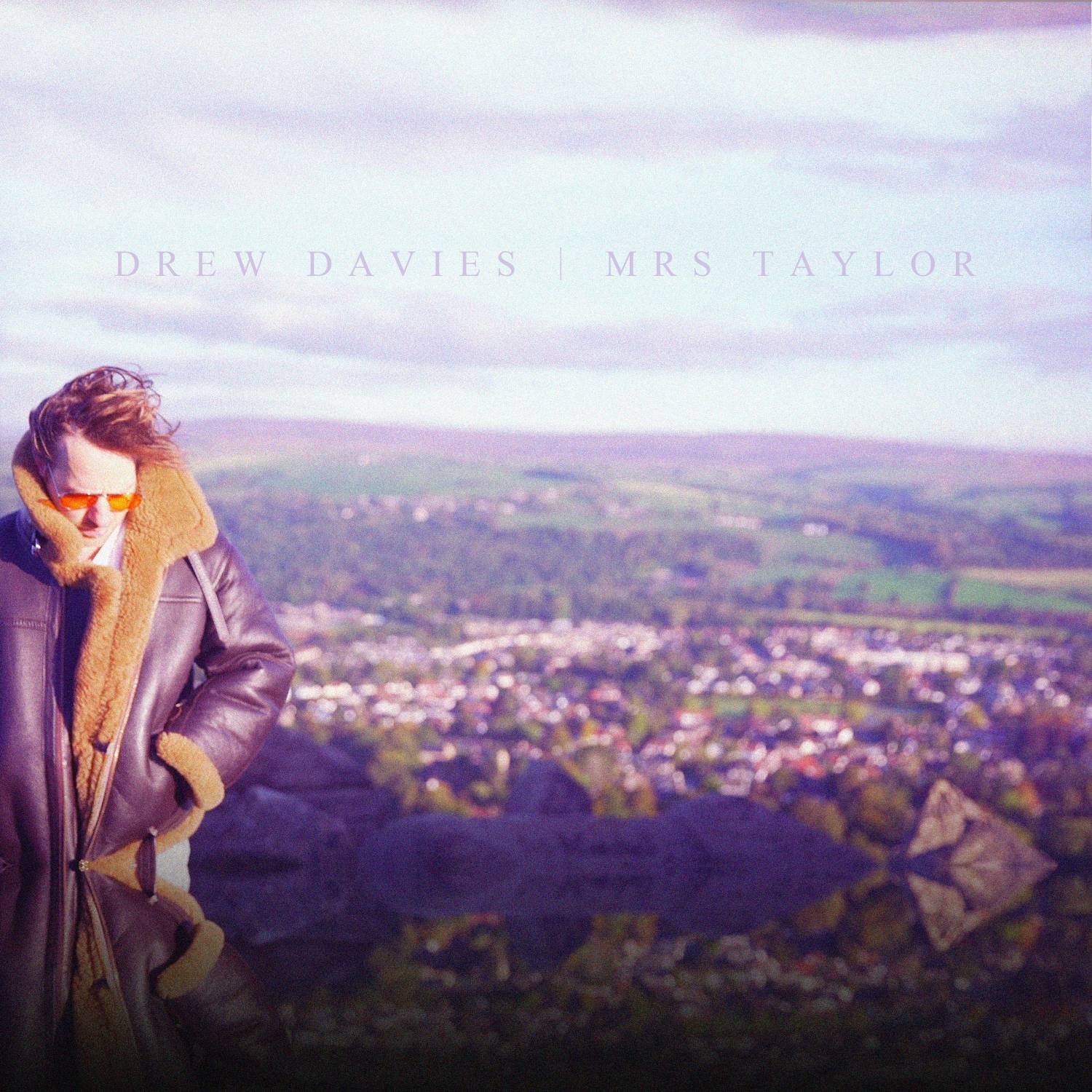