Meet Stimmerman, a punk-infused solo artist who knows how to combine heavy guitar riffs and a whole lot of attitude. It’s not hard to see what we’re talking about if you listen to, for instance, her latest single “It Shows,” which has one of the sickest, distorted, punk rock guitar riffs you’ll hear this year, or any year for that matter. The song comes from Stimmerman’s forthcoming Goofballs album (buy the new single, and find more music here), which just so happens to be the first full-length released under the Stimmerman moniker.

The album traverses the subjects of loss and survivor’s guilt, related to her experience seeing a good friend pass away due to a fatal drug overdose at a young age. Side A of Goofballs is about looking back at the environment in which her relationship began with the friend, a reality filled with the pressures of children having to reach a certain level of success, mature faster than they should be, and the general difficulties of being an adolescent living in Brooklyn. Side B is more of an introspective look at grief and culpability, and coping with her friend’s passing. The name of the album Goofballs has a double meaning, where from one point of view, the album explores more of Stimmerman’s sense of humour, but on the other hand, it also is a reference to the meaning of goofballs within the drug culture where it’s meant to describe the class of drug barbiturates.

Stimmerman, real name Eva Lawitts, is a native New Yorker, active in the music industry for many years. She has played on various records by various artists and toured with many musicians, including Vagabon and Princess Nokia. She is also half of the team behind the creation of Wonderpark Studios in Brooklyn and previously released the debut EP Pleasant Vistas In a Somber Place. Being such a hard-rocking, down-to-earth, and free-spirited artist, we wanted to ask Stimmerman a few questions about her latest single “It Shows” and new album Goofballs.

We dig this song and “It Shows,” right?

I love the distorted guitar tones on your new single “It Shows.” How did you end up deciding what type of guitar riffs and sounds you wanted this song to have?

Stimmerman: “Well, the riff came before the ‘song’ so to say. I wrote all the parts for ‘It Shows’ during a phase I went through in summer 2017 when I would get up at 5 am and just write a whole song every morning, and try to record all the parts, or at least guitars, drums and bass before noon. A few of the songs on Goofballs are from that period, which I think gives them a kind of a manic quality. So the form and the riffs and the chord progressions have existed for several years, but I didn’t come up with the lyrical content until just a few weeks before it was recorded in spring 2019, after I had sorted out what the narrative of Goofballs was.”

Judging by this song, you sound like a very solid guitarist. Do you avidly practice and rehearse when not playing or recording?

Stimmerman: “It’s actually Chris Krasnow, who also engineered, mixed and mastered, playing guitar on the album. Although I wrote all the guitar parts and played them on the demos, I wanted Chris to play on the album since he has been playing all the live shows and because he can add so much, both with his tone and timbre choices, and also with the way he feels time and rhythm, which is in a very different place from where I feel things.

I wanted the album to be in kind of a different world from Pleasant Vistas (which I played guitar on) and Chris definitely plays a massive role in that. But having said that, I do try to practice bass as much as I can. I’ve been playing guitar for just as long as bass, but I wouldn’t say I do focused, goal-oriented practicing on guitar. I mostly just learn songs that I like and try to come up with riffs.” 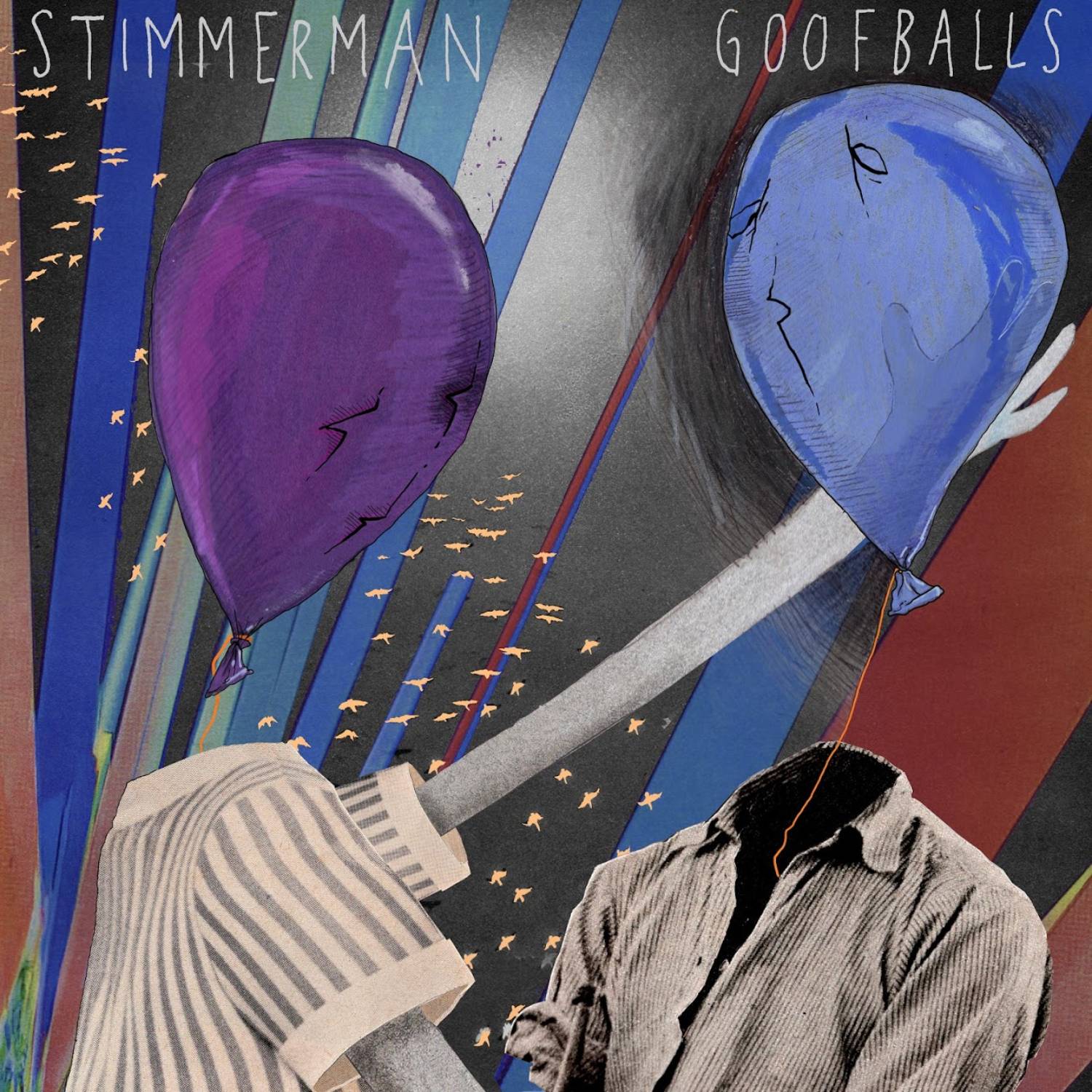 If you could offer us some clues, what are some of the lyrical themes that you explore on “It Shows?”

Stimmerman: “Goofballs (to me) consists of different meditations on turbulent friendship of mine that ended when this person died when we were 21, exploring different elements of our childhood and adolescence, as well as survivor’s guilt and my own resentment towards all kinds of things related to that. ‘It Shows’ fits into that resentment and guilt category. The line before each chorus is ‘death’s not an event/it’s a practice.’ That’s probably the main idea. Or the main CLUE.”

The song reminds me somewhat of an old-school punk rock anthem from the late 1970s or early 1980s. Is this the direction you were headed in when you were writing this song and perhaps album?

Stimmerman: “Kind of! The music of the song all came to me very automatically as I thought about different kinds of things that happen in songs that I wanted to make happen. Like, I wanted a big, crushing riff, or I wanted a very simple, pretty chord progression with a clear and satisfying melody, or I wanted an angular line that only happens once to connect two sections. As I thought about these things, they just flowed from me very freely (these are the benefits of getting up at 5 am and never sleeping).

When I finished the lyrics much more recently and came up with the ‘copycat killer’ part, that screamy hook reminded me a little of the street-punk sort of stuff I was into as a little kid, if only tangentially. This song is probably the second-heaviest one on the album. There’s one very post-hardcore song and a couple that are heavy, but on the proggier side… I don’t know, I like to think there is an attitude of punk across the album but it’s not always as direct as it can be in ‘It Shows.’”

Stimmerman: “I would hope that the songs fit together coherently, and that they flow the way an album should, but each song is very different, and they all flirt with different styles, voices, perspectives, techniques, instrumentations, and that all is by design. ‘It Shows’ is bombastic and loud and a little gross, but there are lots of other moods and moments that.”

I know this has nothing to do with your new song or album, but I’m really curious. How did you come up with the name Stimmerman? I love the sound of it.

Stimmerman: “I think that has tons to do with the album. Stimmerman is a family name, from three generations before me. My great-grandfather changed his last name from Stimmerman to Steamer (or was it changed for him? It’s unclear) in an effort to assimilate. My tongue-in-cheek explanation is that I feel like that generation sacrificed so much to be able to give me the life I have now, and that as long as I’m squandering that life on whining about my feelings in public, instead of becoming a doctor or a lawyer, then at least I can proudly use the name that they felt they had to be ashamed of.”

Stimmerman is happy to give you some “Tough Talk:”