“You’re Unbelievable!” When you read those two words, you probably read them in such a way as to mimic the lead singer of a certain British alternative rock band popular in the 1990s. That group would be EMF, whose massive, legendary Billboard Number One hit “Unbelievable” has lived on for nearly 30 years, and will continue to as a stadium rocker played at every professional sports game you ever attend. Well, proving again that songs can be interpreted in totally unexpected ways while taking on a whole new life, post-punk trio New Myths have taken this particular classic and made it into something completely new, different and unique.

The band first covered the song as a slowed down, grungy version and after getting a very positive crowd reaction when performing it live, they decided it would be a good idea to also release a live-in-studio version of the song. (Both versions were recorded in Upstate New York.) In listening to New Myth’s rendition of “Unbelievable,” you may have to remind yourself that it’s actually a cover. If you thought Johnny Cash’s version of Nine Inch Nails’ “Hurt” was original, well then try listening to New Myth’s take on “Unbelievable.”

Composed of guitarist and lead singer Brit Boras, drummer Rosie Slater and bassist Marina Ross, the trio doesn’t try to complicate things when writing new music. They write from the point of view of focusing in on what they love about music; the bands, the sounds, the differing sensibilities… It’s like listening to all of your favourite music on your iPhone and then using those inspirations to create something unique to yourself. As far as particular artists that the members of New Myths look up to, you can count Garbage, Siouxsie and the Banshees and The Pretenders as overarching influences.

If you enjoy angry female indie rock that’s laced with attitude, then you’ll likely fall in love with New Myths. The band released their self-titled EP in 2012, which caught the attention of music legend Lou Reed who played it live on his XM radio show. It was also used in ad campaigns for companies such as Gucci and Reef Surfwear. Their debut full-length Give Me Noise then followed in 2014.

Released this past spring, check out how much these women rock with the music video “One Good Reason”:

Thus far, New Myths have created hype and attention from various festival performances at South By Southwest, Pop Montreal, CMJ, NorthsideDestination Moon. As far as touring goes, they have acted most prominently as direct support for Metric and Warpaint. Two years ago, the trio toured as the opening act for The B-52s Cindy Wilson and The Joy Formidable this past spring. Currently, they are gearing up for their hard-hitting sophomore release. “Unbelievable” acts as a prelude to wet your appetite for the release of New Myths’ sophomore album which is coming soon. After hearing “Unbelievable” you’ll be waiting with eager anticipation for that album!

Have a peep at this “Unbelievable” single artwork: 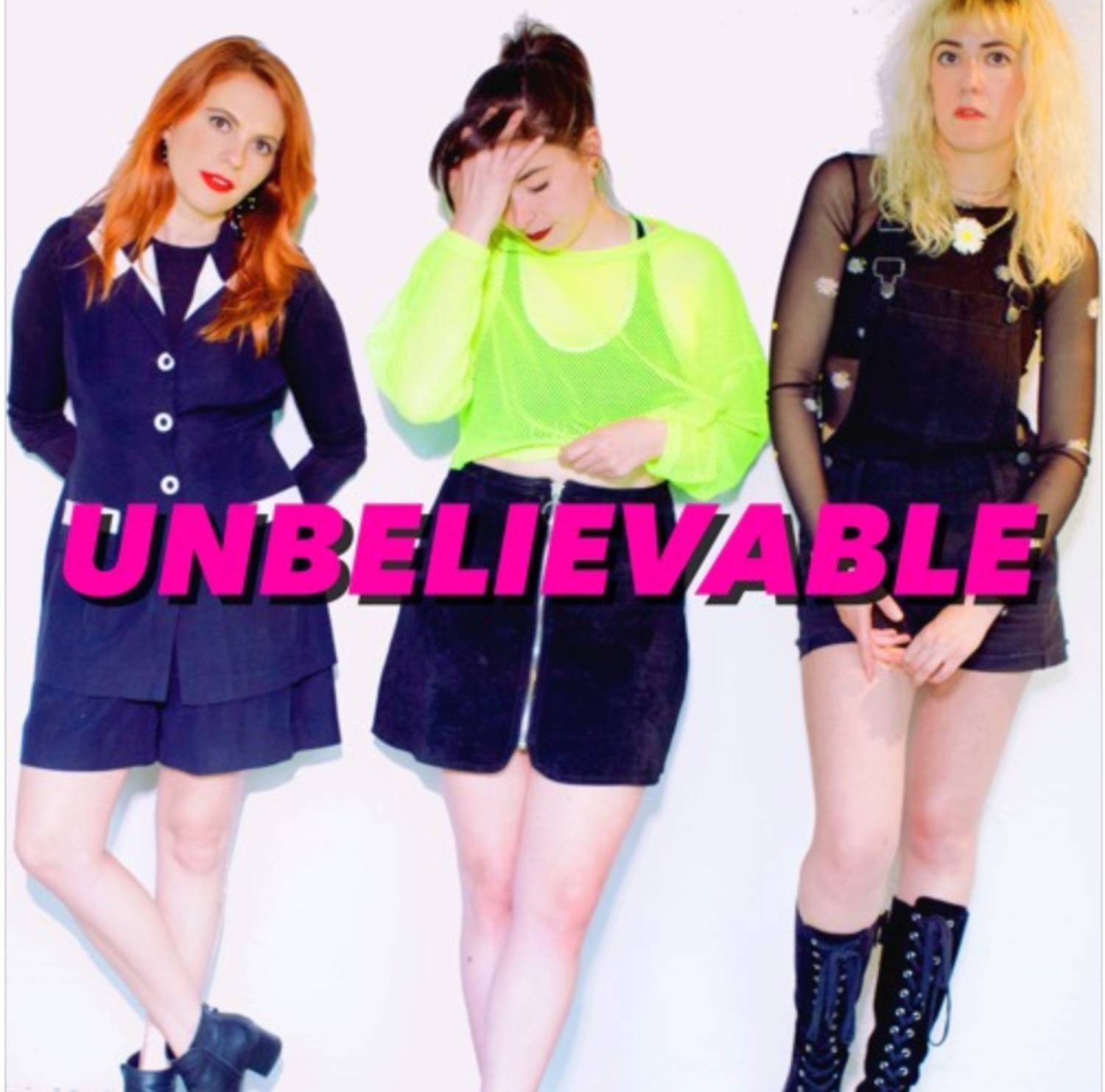