We all can benefit sometimes off of a new outlook, or perhaps a refresher. Something to change our point of view or push us in the right direction. Well Arcana Kings may sound new, and it is, but the band is led by Johnny McCuaig, formerly the leader of The Johnny McCuaig Band, who we introduced to you in the summer of 2018 with the music video for “Here We Go.” Arcana Kings isn’t so much a new project, but it’s a rebranding of sorts that The Johnny McCuaig Band has undergone. What’s new about Arcana Kings is that now Johnny has surrounded himself with a more complete supporting cast in lead guitarist James Picton, rhythm guitarist and vocalist Allan Morrison, bassist Kevin Kyle and drummer Graham Templeman. What’s also new, and perhaps most exciting, is the band’s sound and future direction.

In light of this new direction, Arcana Kings have dropped their brand new video for “Unbreakable,” off of their recently-recorded new album Lions As Ravens, just released earlier this week on French label Bad Reputation Records (buy now via Bandcamp, Spotify, or Apple Music). Recorded at Reddoor Recorders in Saskatoon, Saskatchewan, the record was produced by Ryan Andersen, known for his work with some of the most successful Canadian recording artists of the last two decades, including Nickelback, Theory of a Deadman and singer-songwriter Sarah McLachlan.

Since releasing “Here We Go,” the band has found great success in their native Western Canada. It has helped in introducing their evergrowing audience to their brand of stadium rock, thanks in great part to the song being used as the opening theme song of The Saskatchewan Rough Riders CFL team as the players take the field for each home game. Arcana Kings also had the great privilege of performing the song live in front of tens of thousands of people during the Western semi-final playoff game last year at the team’s Mosaic Stadium.

Feel the high energy of Arcana Kings with the music video for another of their rock anthems, “Run Runaway”:

Other notable achievements for Arcana Kings include opening shows for Andrew WK, Foreigner, Finger Eleven, The Lazys, Kim Mitchell, The Trews, Bif Naked, Street Heart, Trooper, and The Tea Party. If you’re looking for some stadium rockers that will get you up out of that seat, then this is the band for you. With the momentum rising, they have a ton of shows coming up across Canada so if you’re from the great white north, or willing to take a trip, then keep in tune with the Arcana Kings’ official tour page.

The video was shot and directed by Dave Benedict (bass player from Default).

Feel the roar of the artwork for the band’s new album Lions As Ravens: 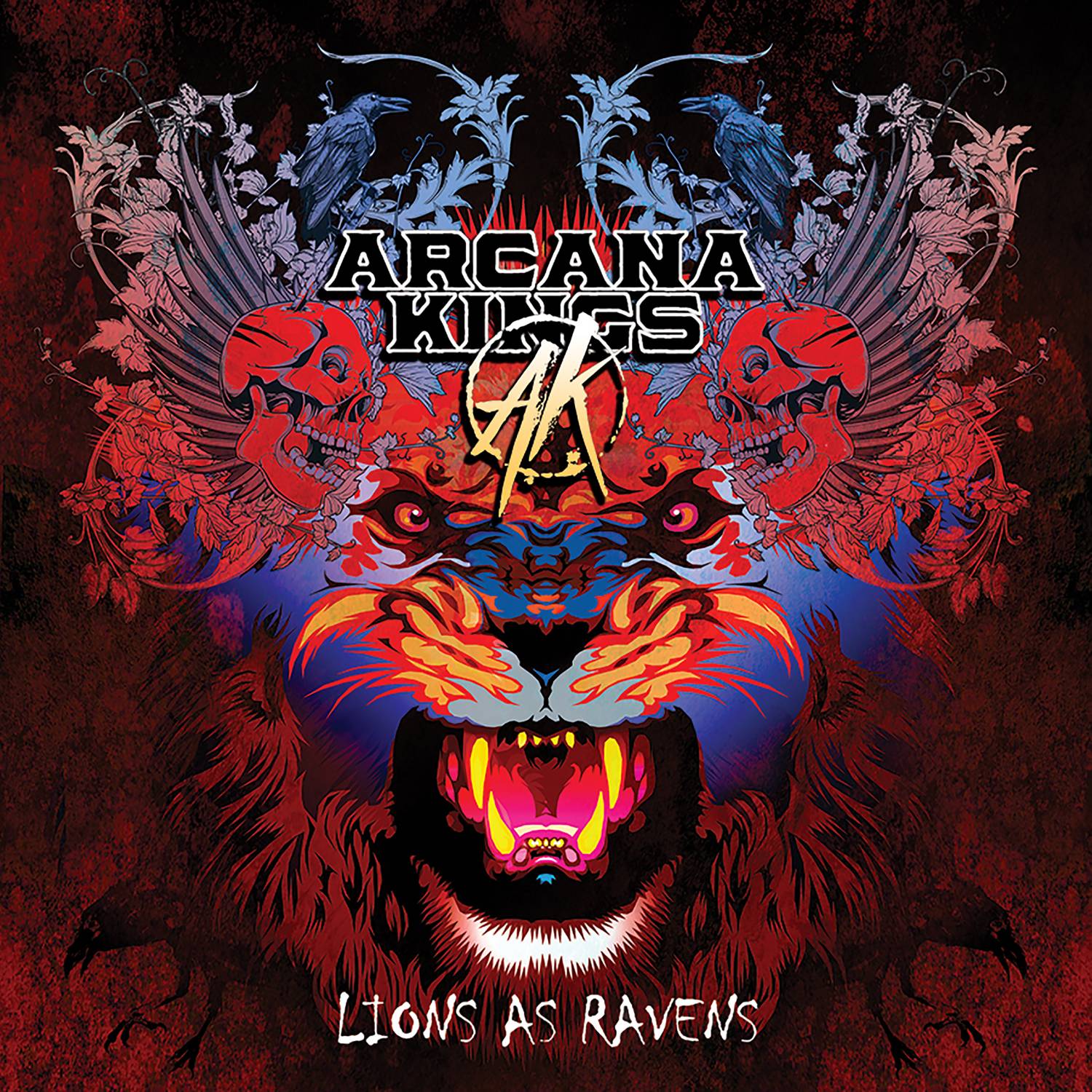