Fans of the California-based combo, A Fire Inside, have witnessed the distinctive evolution of the band’s sound as well as its lineup since first hitting the national scene back in the mid-‘90s with the release of such underground staples as Very Proud of Ya and Shut Your Mouth and Open Your Eyes.

Early in the new millennium, AFI exploded internationally with the more-produced and polished, platinum-selling, emo-driven chart-busters, Sing the Sorrow and Decemberunderground. In between those two career points, the band dropped the contagious, super-charged 4-song, All Hallow’s E.P.. To commemorate the 20th anniversary of this concise 7″ hardcore classic, Craft Recordings will be reissuing the record next week (October 25, 2019), as an eye-catching, limited edition 10″ picture disc (pre-order your copy here.

Despite AFI’s stylistic development over the years, the self-produced mini set still sounds fresh — holding up extremely well over time. First released by Nitro Records in October 1999, during the band’s Misfits-inspired “horror punk” era, the record kicks off with the haunting, urgent-sounding, “Fall Children.” Side One also features an incredibly faithful recreation of the Misfits’ “Halloween.”

Go ahead, stream your head off. This is the All Hallow’s E.P.:

Side Two offers “The Boy Who Destroyed the World” — a break-neck track which in 2001 would be included in the popular video game, Tony Hawk Pro Skater 3. The heart-stopping, record-closing video single, “Totalimmortal,” would enjoy renewed life in 2009 when it was covered by punk stalwart, The Offspring.

Featuring Alan Forbes’ original cover art on Side One, and the pumpkin image from the back cover on Side Two, the record’s re-release fits conveniently right in with the current “All Hallow’s” season. Still straight legit, to say the least, the songs are as relevant and brutal as ever. In fact, if this sweaty little slab doesn’t crush your rib cage completely, you might need to consider calling an EMT. Just sayin’.

A shot of the band AFI in their current itteration: 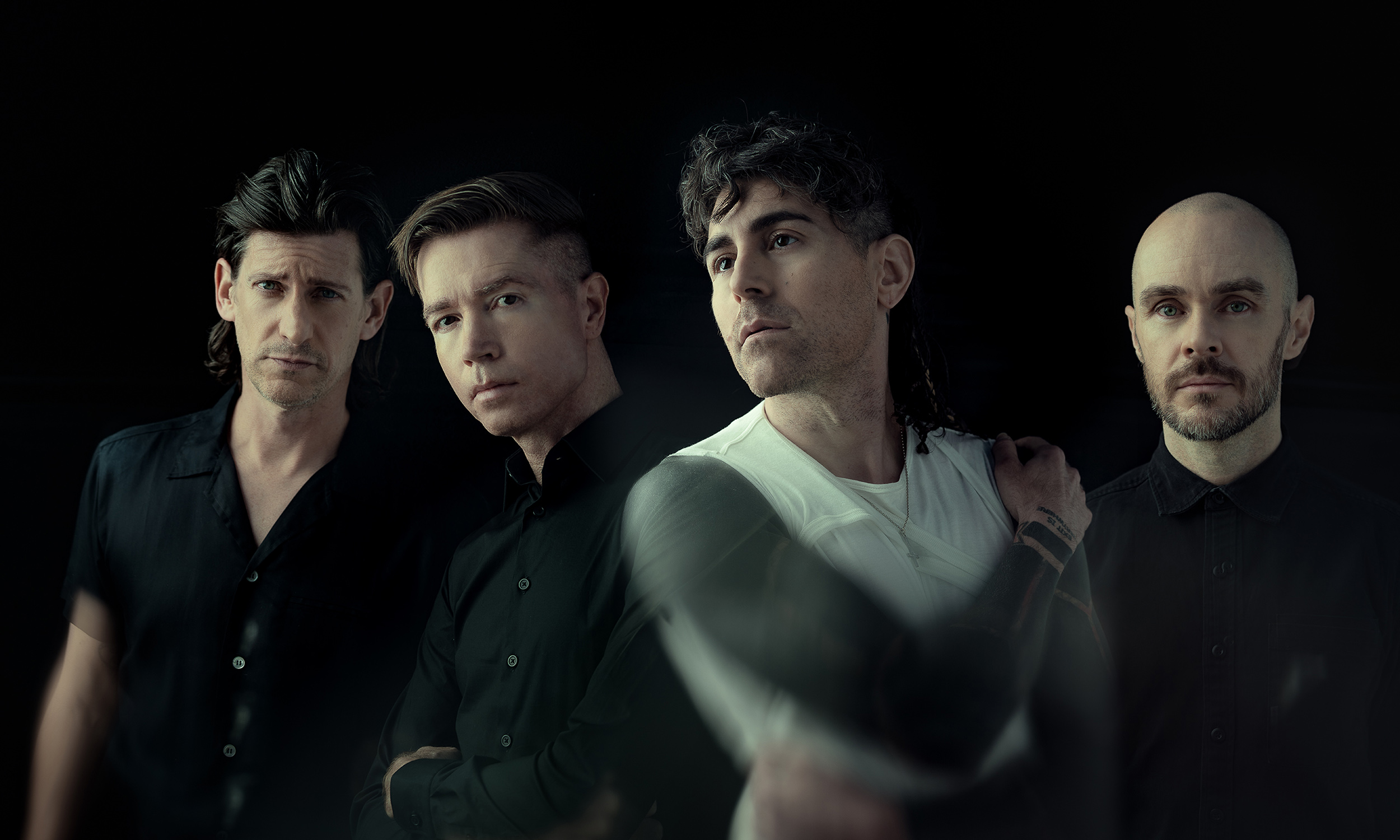 And here’s the rad video for “Totalimmortal.”