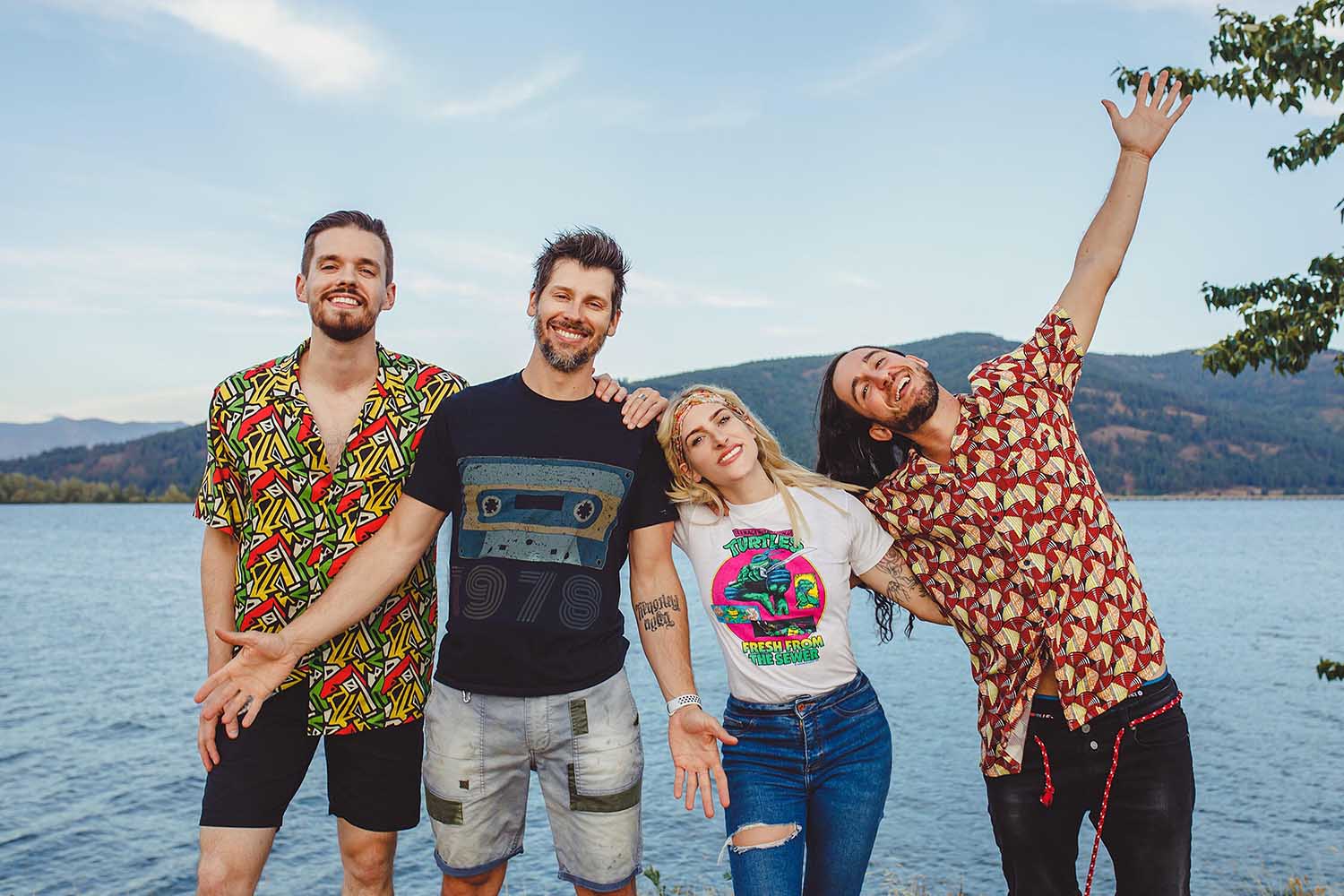 Burlington, Ontario’s Walk Off the Earth recently released the single “I’ll Be There” (stream/purchase/enjoy here), and are prepping to drop their first full-length record in three years on October 25th via Red Music. After an extremely tough year that saw the band lose a member as Mike “Beard Guy” Taylor passed away suddenly at the end of 2018, the group has rallied with their newest track, not to mention their previous and very fitting tribute, “Mike’s Song”, delivered on May 24th. Both tracks embody the powerful, hopeful energy of the band as well as showcasing some sublime pop-sensibilities.

As mainstays of the national and local music scenes in Canada, highlighted by a Juno award in 2016 and a rendition of the national anthem during Game Four of the NBA Championship series in Toronto, Walk Off the Earth are an integral part of the always growing and evolving musical character of our country. As such, we are honoured to have Walk Off the Earth’s very own percussive machine, Joel Cassady, join us for another amazing Vinyl Variety feature to share his top picks for Toronto’s best local record stores. Soak up some tips, hit the stores next time you have a chance, and listen to some great Walk Off the Earth tunes along the way; what’s not to love about that?

It’s always nice to hear someone say “I’ll Be There:”

– The Toronto vinyl mecca! This enormous spot (13,000 square feet) used to have two smaller locations that merged after the closing of Honest Ed’s, a legendary Toronto discount store that was in business for almost 70 years. Sonic Boom has something for everyone, and is definitely the place I would send a “vinyl virgin” to! Beyond its vast selection of records new and old, spanning every genre conceivable, it also features a novelty/souvenir shop at the entrance that sells headphones, turntables, books, bags, clothes, toys and other fun collectibles. The shop also has a wide selection of cassettes and CDs with a multitude of listening stations for every format. I came across two albums that were hugely influential to me when I was younger (The Strokes’ Is This It? and Blink 182’s Enema of the State) in addition to a more recent favourite: RY X’s Dawn.

– The vinyl gem of Toronto’s hip and bustling west-end, Rotate This specializes in all things rock and has a deep selection of vintage finds. After nearly 25 years on West Queen West, it moved to the hipster haven that is Ossington Avenue in 2016. I managed to dig up another album that totally shaped my early musical life (No Doubt’s Tragic Kingdom) along with Frank Zappa’s 1969 bizarro masterpiece Hot Rats.

Follow Walk off The Earth through the best record stores Toronto has to offer: 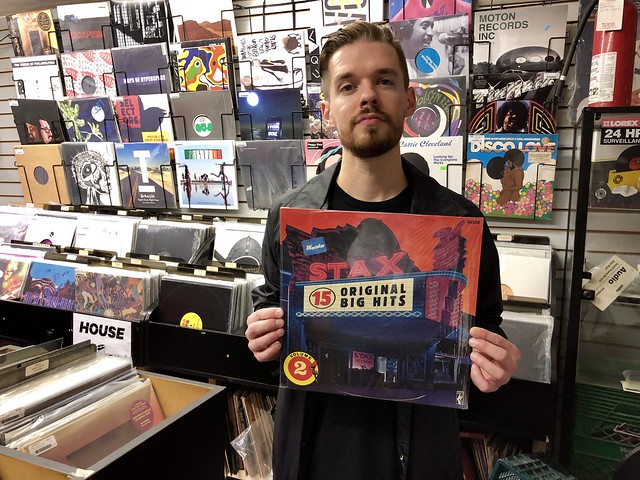 – Located in the midst of College Street’s multicultural melting pot, Soundscapes is a cozy, rustic spot that’s been open for business for more than 20 years. While many other Toronto record stores have steadily decreased their CD offerings over the past five or so years, Soundscapes continues to offer four or five shelves worth at any given time. They also have a far larger book selection than any other Toronto shop, which sets it apart from the pack as well. True to the shop’s totally eclectic mix of music, I found myself pulling selections from Jonsi & Alex Somers (Riceboy Sleeps), reggae legend Jimmy Cliff (The Harder They Come OST) and Canadian rock icons Rush (Moving Pictures).

– Once located right off of Toronto’s busiest intersection, Yonge and Dundas, Play De Record recently made the move over to Spadina Avenue in the heart of Chinatown. Unlike many of its counterparts, this shop caters to DJs first and foremost. It packs a huge selection of hip-hop, soul, funk and electronic records into its small footprint, and also happens to feature one of the best vintage rooms in the city. My crate-digging led me to throwback discoveries like Stax Records’ Original Big Hits 2 from 1981, and a modern electronic classic in Disclosure’s Caraca.

– Born out of the ashes of the now-defunct Toronto locations of the Sunrise Records chain that once dominated the country, Dead Dog has both a west-end and east-end location that offer up a nice mix of new and old along with some fun trinkets and knick-knacks (I made it in to the east end location). Known as a frontrunner when it comes to curated listening nights and in-store signings/performances, Dead Dog has slotted in nicely amongst the other Toronto mainstays and will surely be around for many years to come. My picks at this spot included Journey’s incomparable Greatest Hits album as well as Bob Dylan’s Freewheelin’ Outtakes, a recently unearthed collection of shelved cuts from his classic 1962 album of the same name.

“I’ll Be There” dropped August 23rd on Golden Carrot Records: 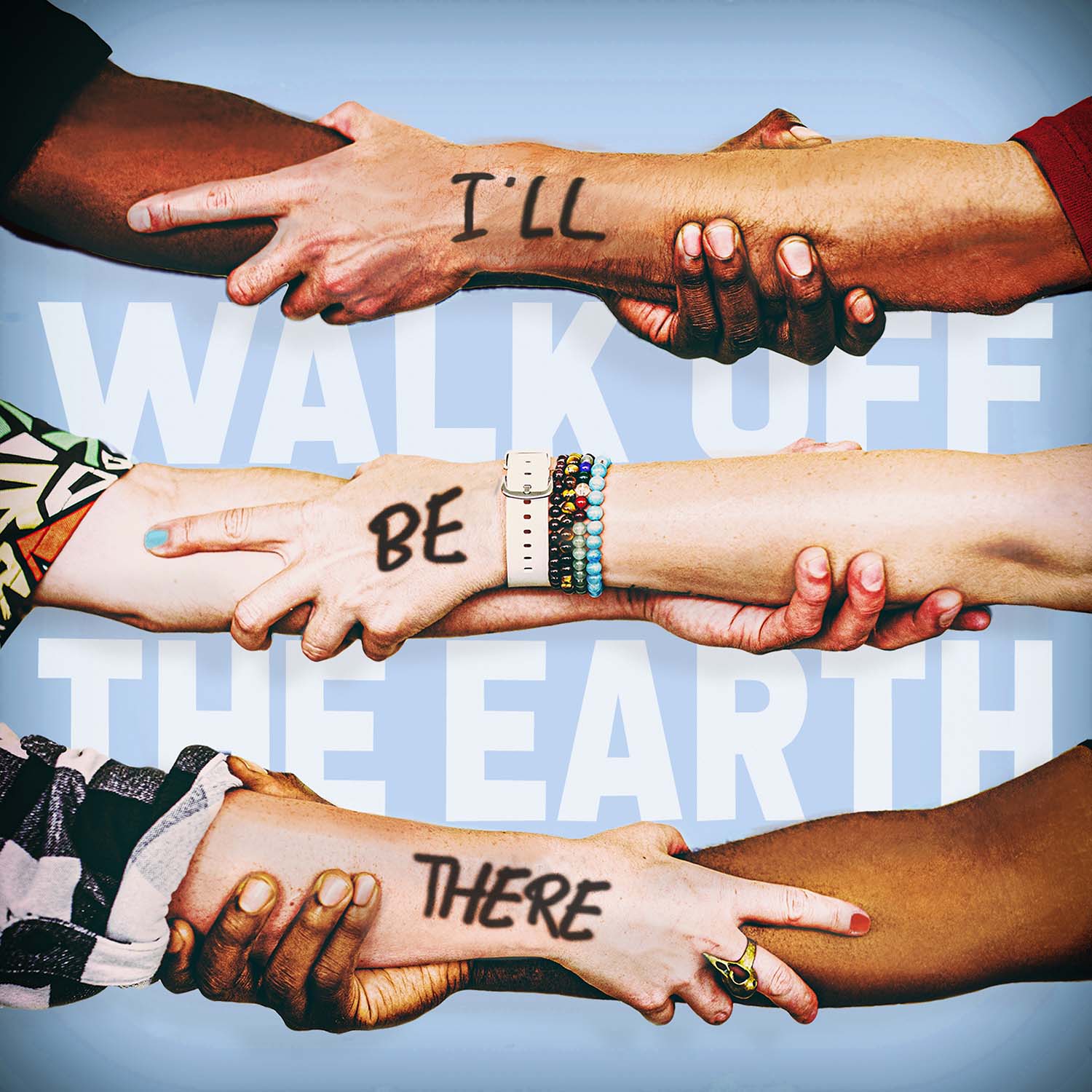