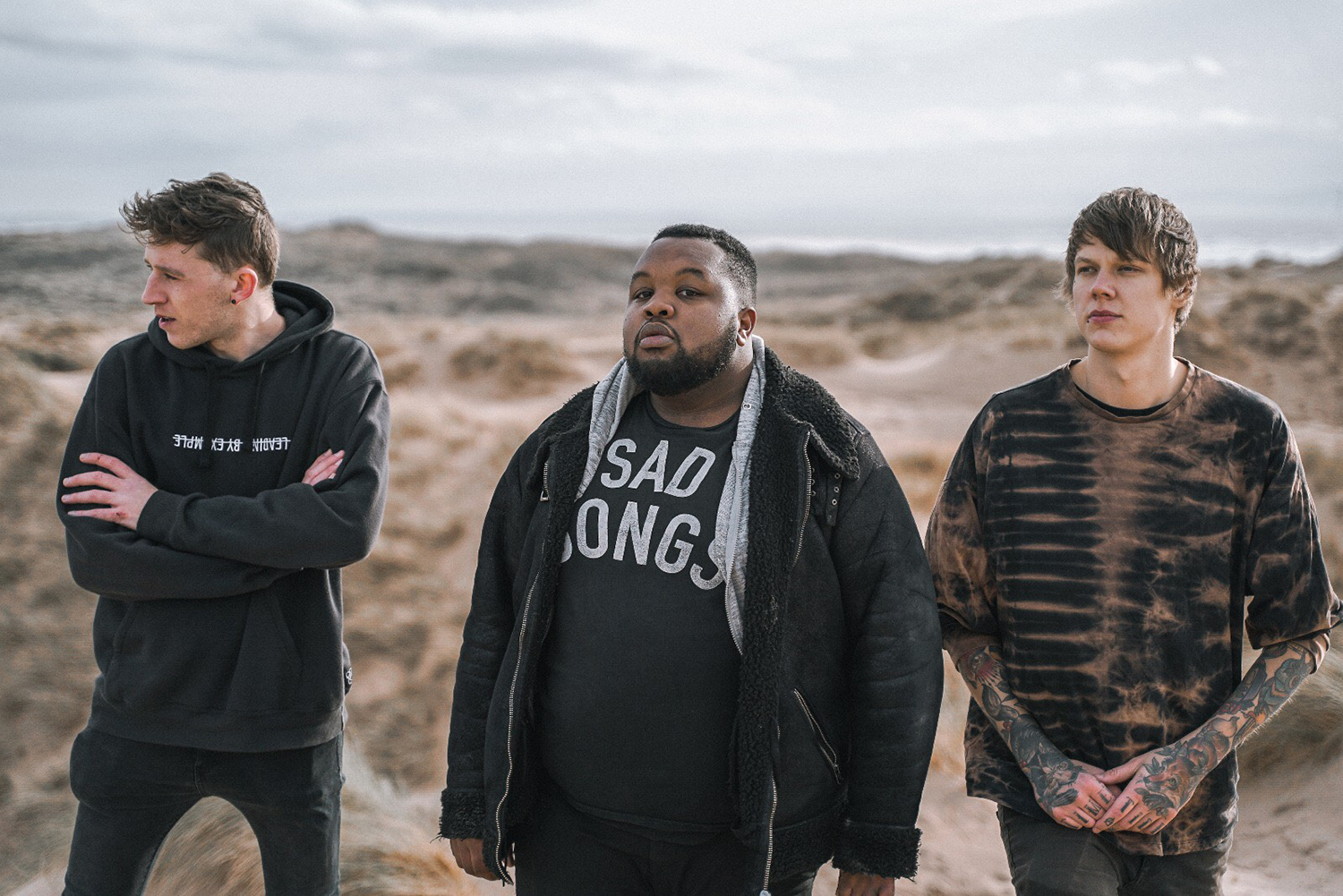 UK Post-Hardcore Trio SPRING.FALL.SEA Give Us A Track-By-Track Rundown of New EP ‘Time+Tide’

Londoners Spring.Fall.Sea are a band that you need to hear. With a sound that incorporates post-hardcore, heavy pop and electronica, the hugely energetic rock trio drop their blistering new EP, Time + Tide, this Friday. We exclusively caught up with the band and asked them for a track by track insight to the record.

01. Time + Tide
– “Good (and bad) times come and go like the tide. It’s a key theme of the EP, so we wanted to make a serene, instrumental track to set the mood nicely for the rest of the record. “Time + Tide” serves as an intro and a song that connects our last EP The Seedless Fruit and this one. The main theme is taken from our song “Shape Me”; Dylan played the vinyl on reverse and added a beat and we were all like ‘woah, this is sick!”. The vocal melody is the same as in “Strangers” so this song glues everything together.

02. Strangers
– “When this song came together I think we all felt like “This is it, this is amazing”. When you’re starting a new record you can do literally anything, so it’s always a bit of a struggle to decide where things are going – “Strangers” broke us out of that. We’re all punk/post-hardcore kids deep down and it’s very close to what we enjoy listening to. It’s fast & heavy in some parts, super melodic and harmonic with cool lyrics. It’s starting the EP with a bang! It’s also the song that we played in an unfinished version at our first London show and Alex was in the crowd, deciding in that moment that this is the band he wants to lend his voice to! Marvin penned the words and said that when they came about, “I was sitting in a hostel crying ‘cause it all made so much sense to me in that moment. I was heartbroken and in complete denial.” We hope you can hear that too.”

03. Home=Sick
– “This is the oldest song on the record. Its working title was “Torn” for the longest time, referring to how Mavin felt when Spring.Fall.Sea left Thailand. “I knew I was going to leave my home, the city and country I had been living in for years to go start a new chapter. I knew we were going to move as a band and with our long-term girlfriends, I also kind of knew at the time that the girlfriend part wasn’t going to happen, which was a really hard thing to realise. The lyrics are literally torn, like “take my hand – let me go”, that was my vibe for weeks. Towards the end of the recording process, we changed the title to “Home=Sick”. What is home? If you’re not mindful it can lure you in and become this place where you comfortably repeat your negative patterns ad infinitum.”

04. The Waves
– “The main riff of this song was written at traffic lights in a car while touring across the US. Dylan and Marvin would drum the theme on the steering wheel and dashboard of our van with the indicator as our metronome. They did that every day for a month and built it to a point were we had to get it out and write the song – which happened after the tour somewhere between Germany and London. The original theme of the song was about the relentless schedule during that tour of the States and the overwhelming emotions that came with it. Marvin describes it as: “Getting up at 8 in the morning, driving for 10 hours, unloading, having to be social with strangers, playing our set, asking random people if we can sleep on their floor because we were out of money, staying up drinking and partying with them all night, eating badly or not at all, sleeping a couple hours on repeat for weeks. It was tough but we HAD to do it and we did do it, so I guess we are pretty tough too. It was one of the best times of my life! Later, the theme became our general struggle with depression and addiction. Recently, we’ve all been better, though we’ve had dark times during the making of this record. It’s all about keeping your head above the waves!”

05. I Realise
– “”I Realise” was the first song we wrote after Alex joined the band. We knew that we wanted to make something soft and dancy. It was also a fun, new challenge to write something which suited Alex’s voice and its character. Lyrically, this song reflects on how humans perceive each other. For instance, who I think you are is made up in parts of my own projection and assumptions. It also deals with getting to a point after a break-up when, no matter how in love you still are, you realise that it wasn’t meant to be. And that’s okay. And from there, the worst bit is over and you can focus on being a better person and partner the next time.

06. All About This
– “”All About This” was the last song to come together for Time + Tide and it’s a hugely introspective and self-referential look at ourselves. “It’s put together out of parts picked from conversations I had with myself or someone close to me – describing the comfort of being messy, the learning experience that comes with failure and the realisation that things are better dealt with together,” says Marvin. “Dylan and I had been living in the same room for over a year and know each other, by our own admission, better than anybody probably should. It’s been a tough year, Dylan’s mother passed away and due to our living situation there was no space to be alone and process. We ended up going out and getting messed up all the time, to a point where it felt like a real test on our friendship and the band, it felt like we might break it. We didn’t, and that’s the best thing we’ve done. Ever.””

07. No Regrets, Just Memories
– “”No Regrets” is a hopeful song. Over the last year, we’ve all seen therapists and sought to find answers. It’s the closer to this period of our lives and the EP. With all the negative themes going on, deep down we’re deeply hopeful and optimistic characters. Art is hopeful and optimistic. Even the darkest, most depressed songs aim to make you feel understood and not alone and therefore better. That’s what this is all about, understanding ourselves, connecting with each other and helping each other through whatever it is we’re going through. Ultimately, this song also takes some responsibility. If you want things to be better, work for it. Make an effort to be better. It won’t be handed to you. Be honest, be yourself. If we keep walking in the right direction, it will all be blessed in the end.”

If you’re interested in checking out the album, which is out on September 6, 2019, then head over to the band’s page on Spotify.

Check out the artwork for Time + Tide here: 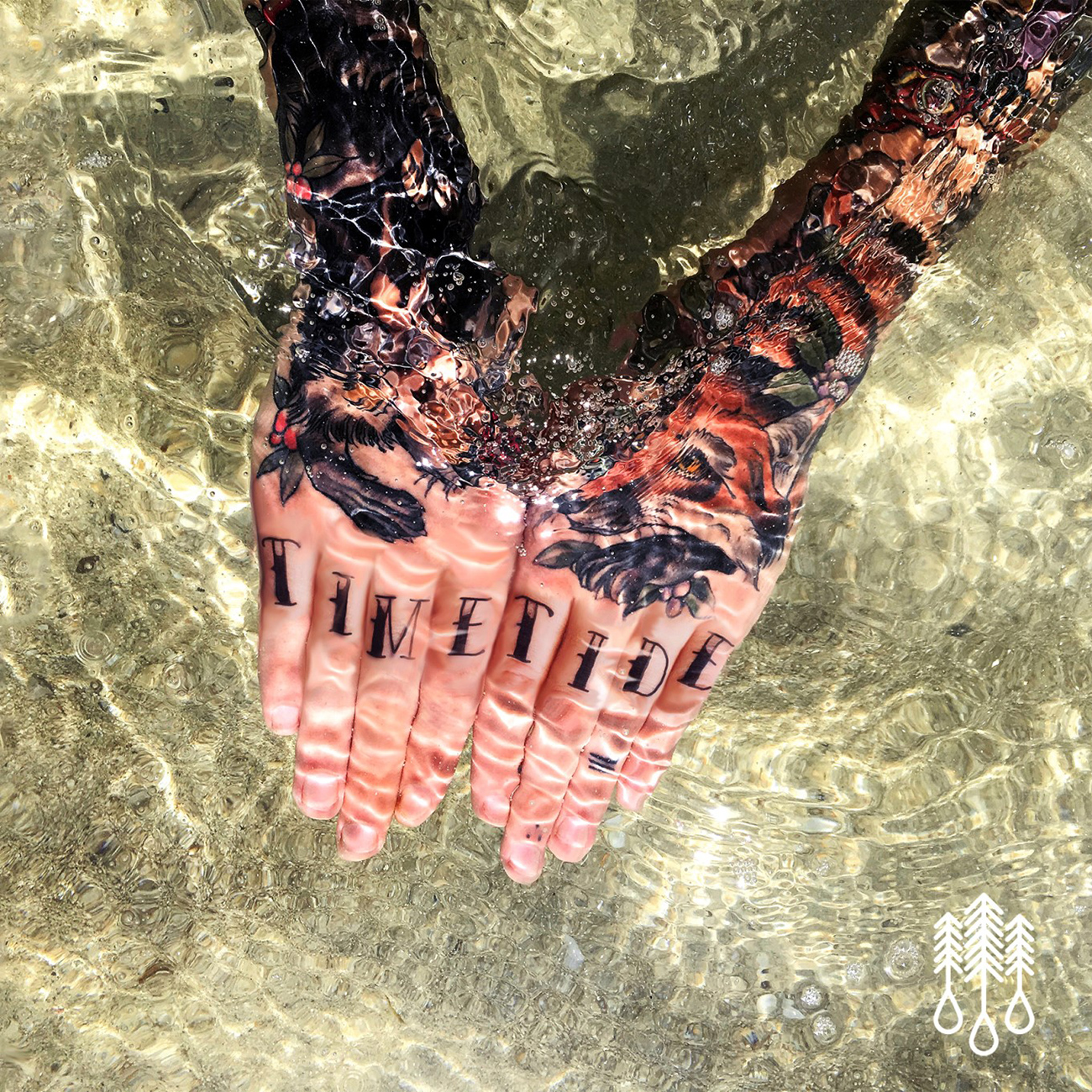