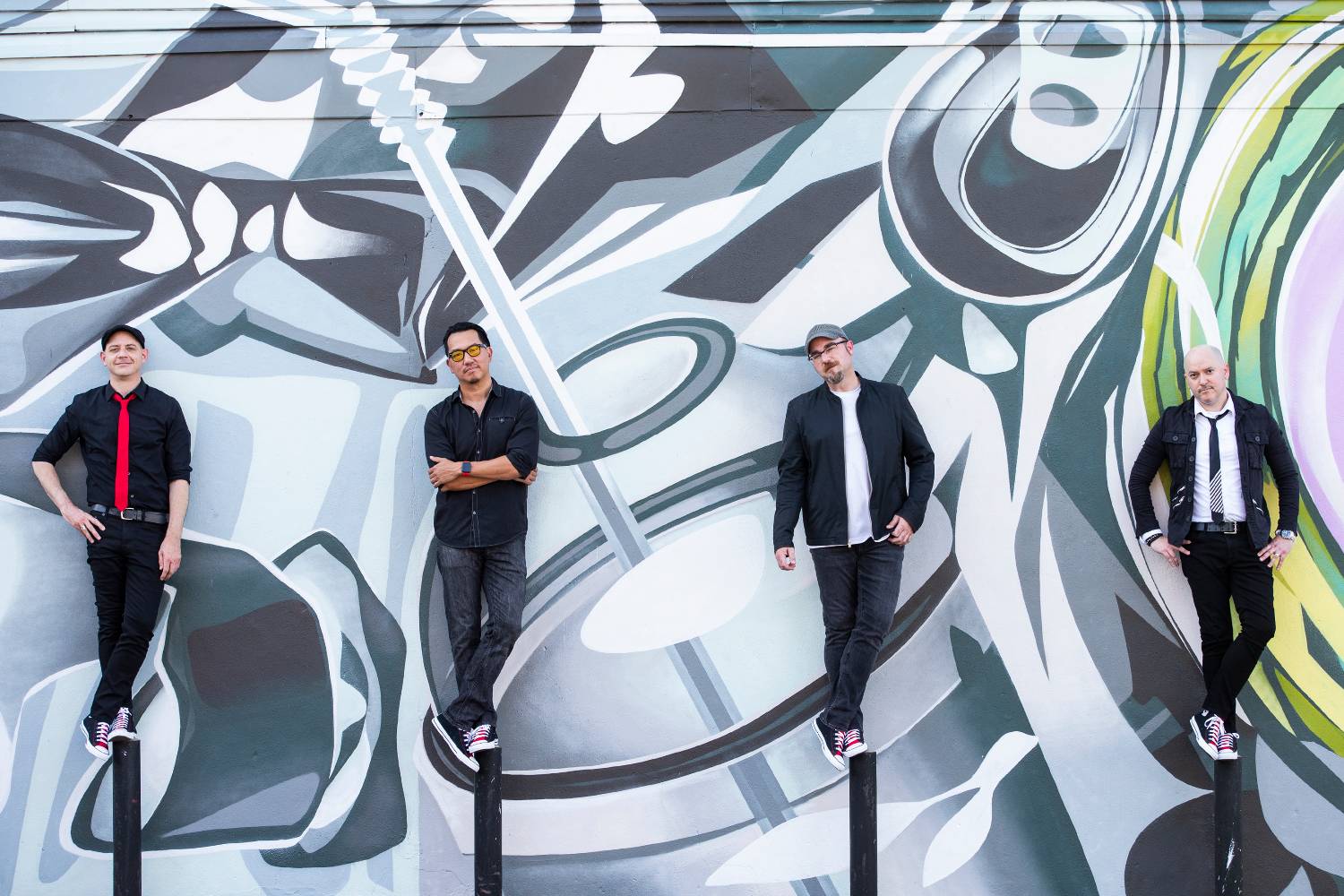 THE JELLYBRICKS Just “Can’t Get Over You” So Give Them a Chance, Will Ya? [Video Premiere]

The Jellybricks are just having a little trouble getting over you so would you give them a chance, ok? Ok, that probably sounded ridiculous and it was meant to, but you really should give them a listen; why not start with their brand new lyric video for the track “Can’t Get Over You” off their new album Some Kind of Lucky? Coming to you officially on October 4th through Wicked Cool Records, in partnership with The Orchard, pre-orders are available now.

Some Kind of Lucky is now the seventh studio album released by The Jellybricks, a twelve-song collection of rockin’ good tracks with pure, classic rock n’ roll bangers that will give your head and neck a really good workout. Self-produced by the group themselves, Some Kind of Lucky was gradually recorded, making the rounds at various studios around the east coast. These weren’t just any, dusty old recording studios though, the most notable of which happened to be Steven Van Zandt’s New York-based Renegade Studios. Van Zandt has become a massive supporter of The Jellybricks and has even featured them on “Little Steven’s Underground Garage,” Van Zandt’s official channel that airs on SiriusXM radio.

Regarding the new song and video, singer and guitarist Bryce Connor said, “‘Can’t Get Over You’ is yet another song about a girl (sigh) where you have to write it, and have it be fully realized, in order to do the actual ‘getting over’ her part. A real-life story, of sorts. I think the video falls in line with the three videos from this album that came before it; on the fly, tongue in cheek, all aboard.” You can’t help but think; rock n’ roll would be really boring (or wouldn’t exist) if there weren’t women and drugs, right?

Check out the band’s previous single and music video “Corner of My Eye”:

A rock n’ roll group in the most classic sense, The Jellybricks originally got their start as an outlet for singer and guitarist Larry Kennedy and the songs he began to write in the mid-1990s. It began to evolve from there into an actually full-fledged band that has resulted in the four-headed monster that it currently is with all four members of The Jellybricks all active writers and even singers on some of the band’s songs. This stands out as one of the most defining characteristics of The Jellybricks since you almost never see a rock band where even more than one member sings lead.

Originally from Harrisburg, Pennsylvania, the group has based much of its hook-laden rock off of the inspiration that the members felt while listening to all the generations of rock, from the British invasion to original punk, to college rock and to the alternative and grunge of the 1990s. After Van Zandt had taken notice of the band, he became so impressed that he named The Jellybricks’ 2012 track “Rock ‘n’ Roll Suicide” “coolest song in the world.” With a hybrid of styles and highly-respected endorsements behind them, The Jellybricks will only continue to invade your radio so don’t be late to the party, ok?

Some Kind of Lucky Track Listing:

The artwork from The Jellybricks’ seventh record Some Kind of Lucky: 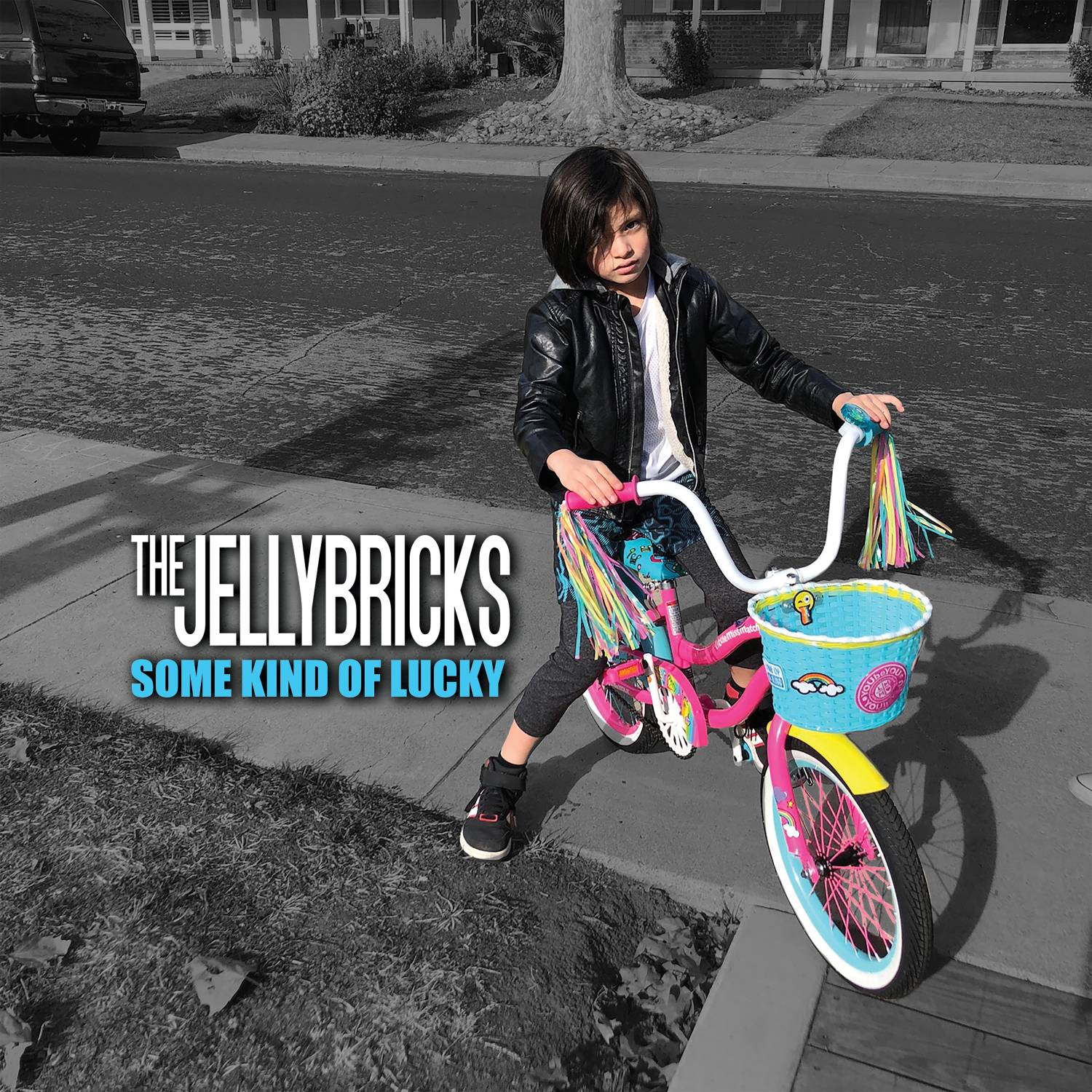