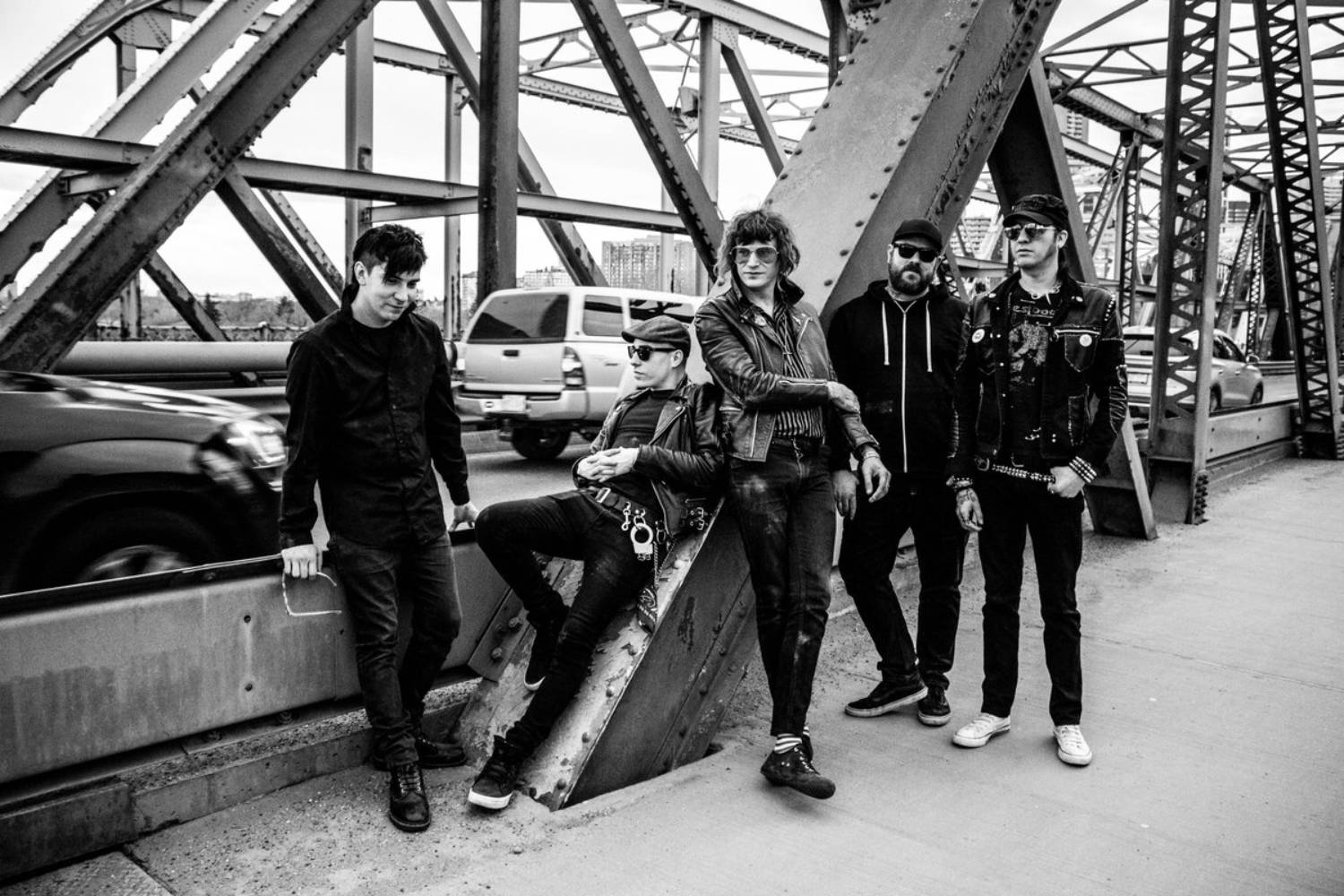 The pitch with this band is simple; anyone down with the punky sounds of old school rock innovators Ramones or Teenage Head are going to lap up what Edmonton, Alberta’s Real Sickies are peddling. Just recently signed to Stomp Records, the group just released their sophomore record Out of Space on August 30th, an album filled to the brim with infectious pop punk contagion. (Order it now via Stomp Records or Bandcamp.)

Getting their start five years ago, Real Sickies (a perfect name for a punk band one might we say) formed with the objective to spread their sounds to all corners of the world, and beyond. What followed was a steady stream of demos and EPs which established them as a local draw on the live touring circuit. Shows with Stiff Little Fingers, Subhumans, The Real McKenzies, Guida, Mean Jeans, The Jolts, and more, expanded their appeal to new audiences. However, the momentum was only short-lived and some adversity arose, including lead singer Ben Disaster falling ill and requiring spinal surgery, not to mention a couple of band member departures.

Not ones to succumb to adversity, once Ben recovered, Real Sickies released their debut record Get Well Soon and toured endlessly behind it. Capitalizing on that success, they just released their sophomore album, Out of Space, a thirteen-song barrage of infectious pop-punk bliss which was recorded with Rob Lawless at Edmonton’s The Physics Lab. Somehow, in roughly just 30 minutes of music, the band deliver plenty of sing-along choruses, blazing downstroke riffs, and more than enough “whoah” moments. Like many punk bands, the members of Real Sickies are huge fans of tattoos, particularly Todd Rocket who dishes on his first Star Wars-related tattoo, the tattoo he gave to Ben Disaster, and more.

Check out Real Sickies’ recent and mad fun video for the single “Forgot To Let Go:”

Rocket: “All the artists at Liz Venom’s Bombshell Tattoo in Edmonton.”

Rocket: “Yes, but they are all top secret…for now.”

Rocket: “I tattooed a Wednesday Night Heroes t-shirt design on (singer) Ben Disaster in his bedroom.” 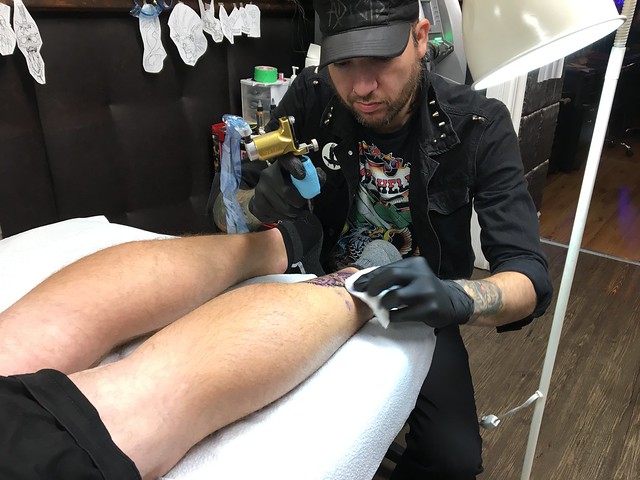 Rocket: “‘Cheers to evil’ with a haunted house, bats, spooky things on my inner calf. I was drunk and stoned and decided I wanted to learn how to tattoo, so tried on myself.”

Rocket: “I covered up my Star Wars stormtrooper helmet with a spider…. it was my first and just looked out of place so I had it covered up.”

Rocket: “Bottom of my wrist… that shit hurts like hell!”

Rocket: “Not into getting portraits, but if I had to it would be Lemmyfrom Motorhead for religious reasons.”

Check out the official music video for “Go Away,” off of Get Well Soon:

Out Of Space was released on August 30th, 2019, via Stomp Records. Check the artwork here: 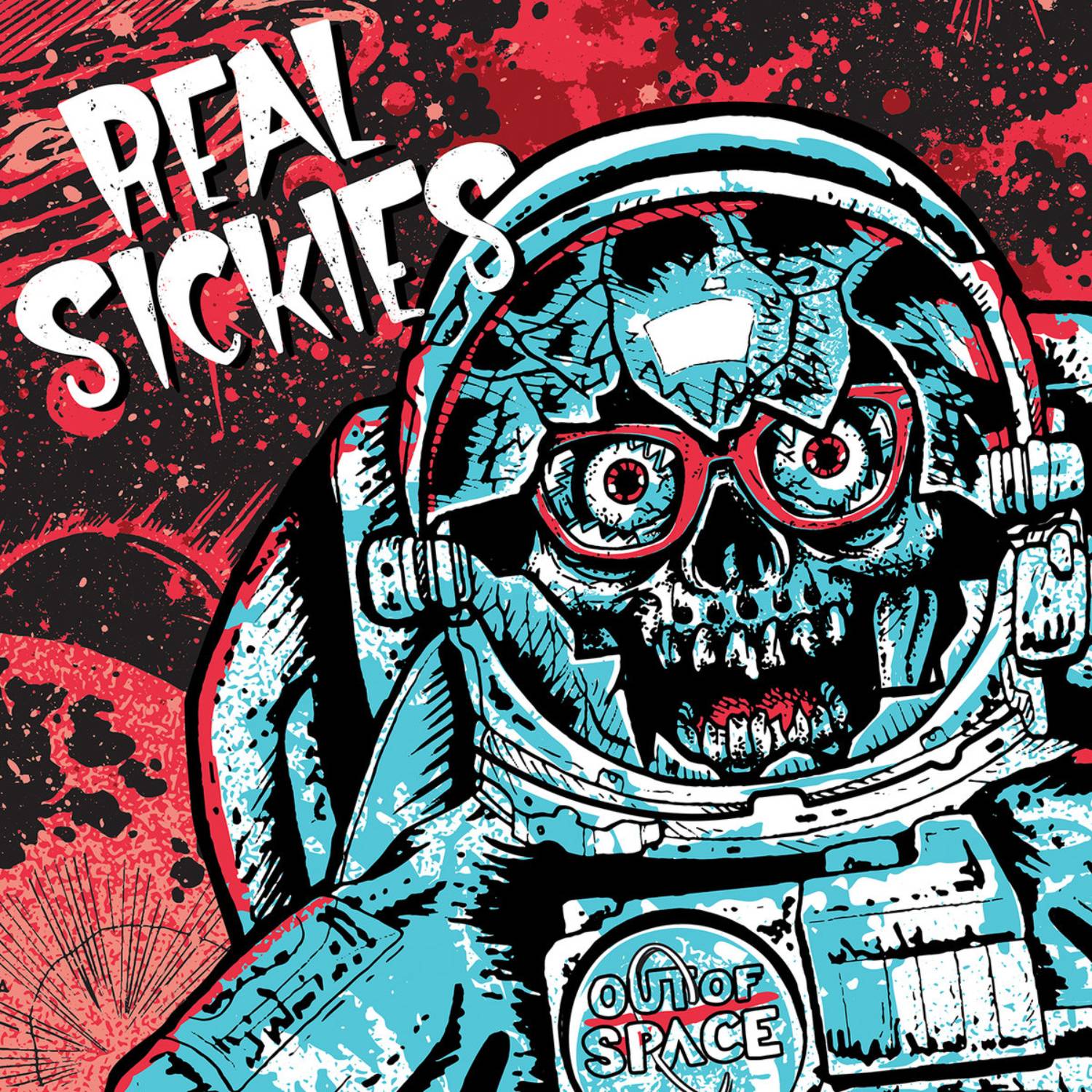