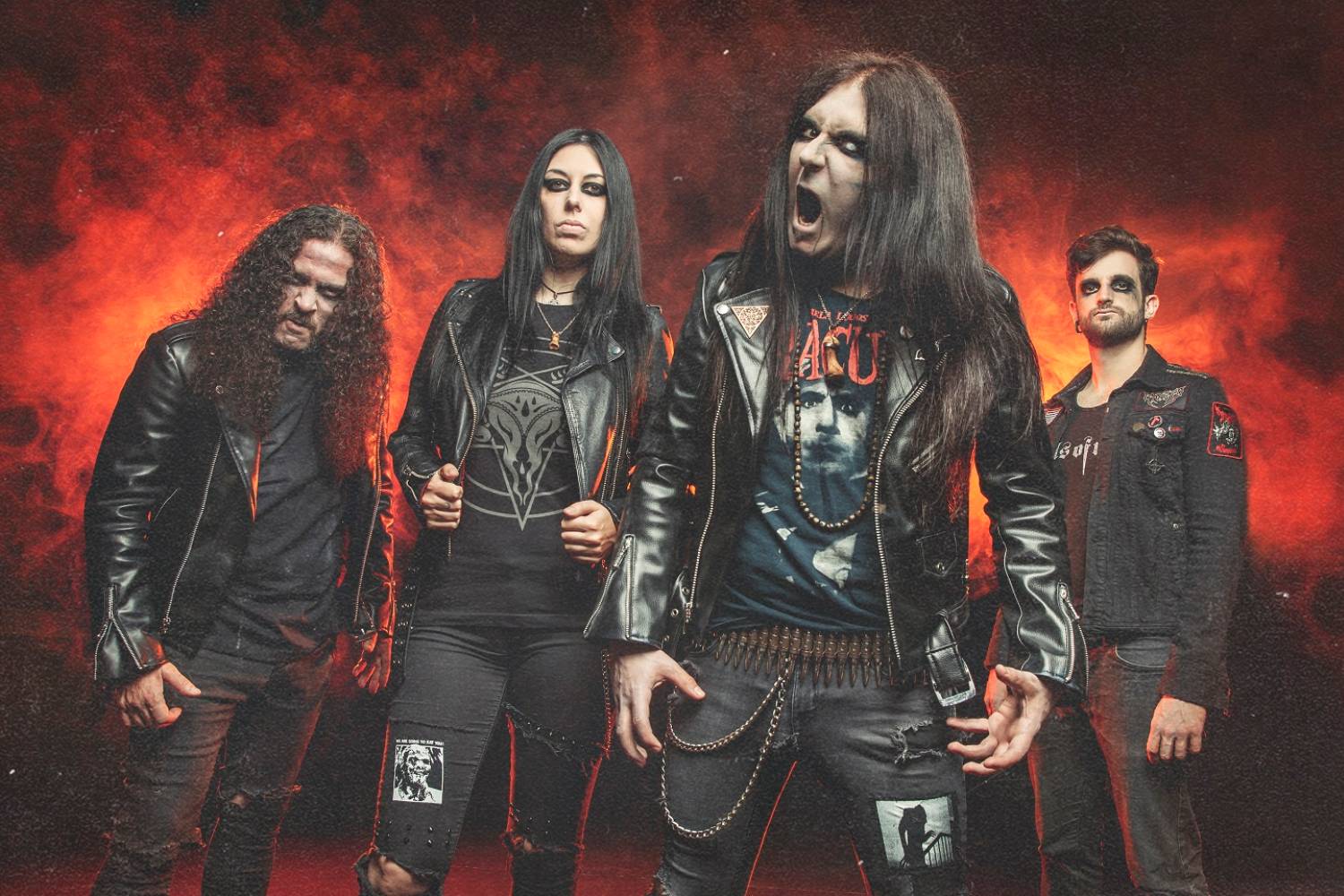 You may not be aware of this, but 2013 was the year of the Serpent of the human era, according to the Chinese calendar. It’s also the year that Spanish band Undead rose from the ground to basically lay waste to all that lays in their path. Undead is an old school, death metal foursome with a new album called Existential Horror on its way; and today we are exclusively premiering the music video for the recording’s lead single “Haunted By Hate.” This is the group’s debut full-length record, and although not for sale yet, eager heavy-heads can listen to/buy some of guys’ previous records via Bandcamp.

“Haunted By Hate” is a non-stop pursuit of world domination that is due out sometime in October via Godz Ov War Productions. With a brief comment on the new music video, vocalist and guitarist V. Repulse stated, “Hate is a powerful feeling. But when hate dominates you, a mere presence or situation makes you lose control and you become a slave of what you hate.” The album is set to be a dive into the deepest horrors of the human mind and soul that is not only insightful but will also help you realize why you love death metal music so much.

Undead’s first foray into extreme occurred with 2015’s single release “Blood Enemy,” an absolute blast of destruction that was released on 7″ vinyl with only 333 copies actually being pressed. The two-song offering helped give them a start to set the stage for the madness that was still yet to come. They returned to haunt the masses with the release of Redemption in 2016, a four-track EP all produced by Undead and mastered at Necromorbus Studio in Sweden. The limited cassette tape version, if you’re lucky to have found a copy, was released via Morbid Bastards Records out of Indonesia in 2017. Now, after focusing all of their attention on it, comes the deep dive into Existential Horror, a release that will sure to have fans of death metal talking soon. Something tells us that more than 333 copies will be pressed for this exciting new release.

Listen to the song “Redemption,” the title track to the band’s 2016 EP: