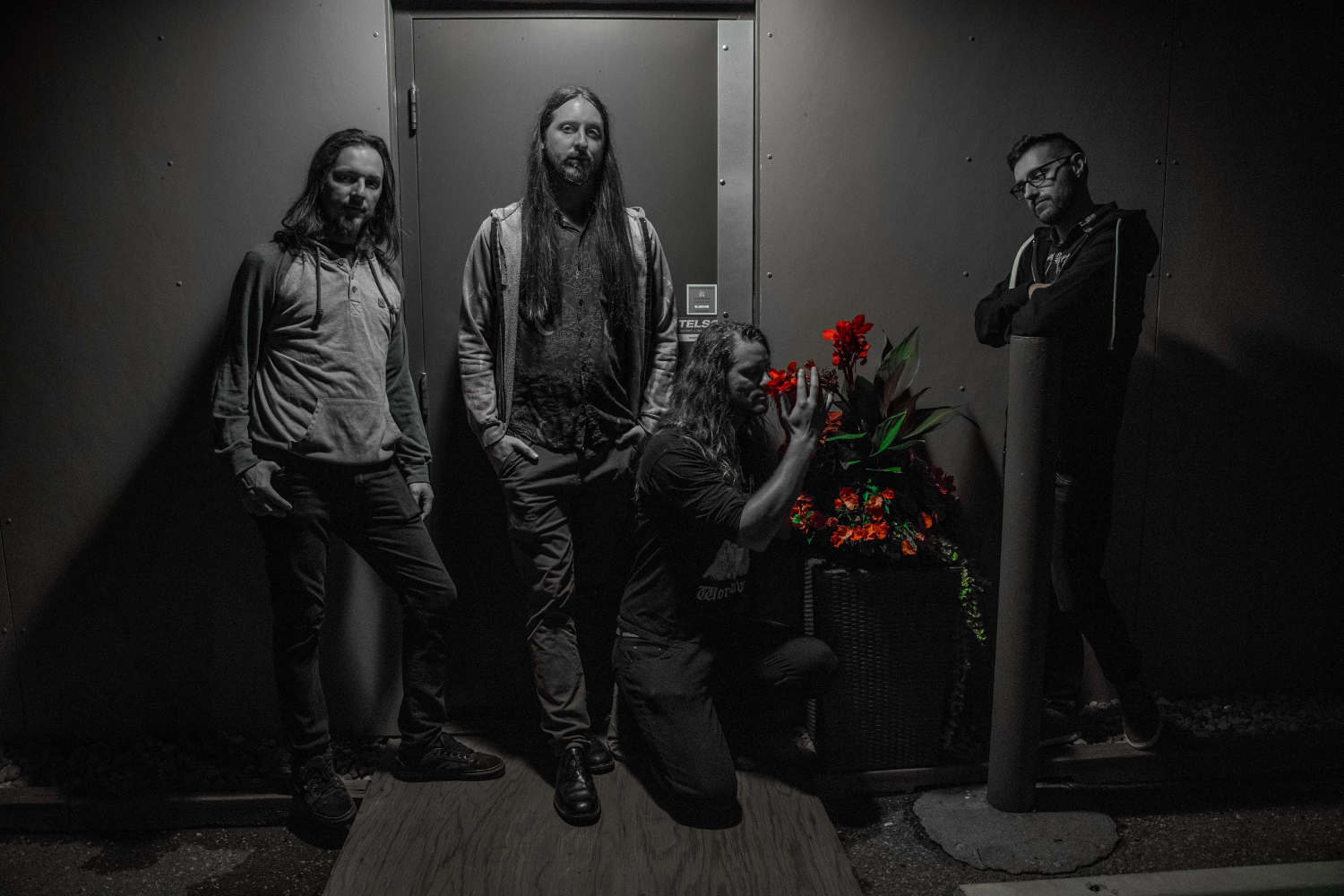 It’s never a good idea to sleep in traffic, is it? No, didn’t think so… Well at least it makes for a pretty rad band name and there just so happens to be an emerging progressive metal band named Sleeping In Traffic and our premiere of their new song “(√-π)÷0=1 The Equation.” The Edmonton, Alberta group have a big week coming up next week when they release not one, but TWO EPs on September 27th, each featuring a different kind of progressive sound. They are titled That Which Saves Us and That Which Destroys Us, both in tandem amounting to eleven tracks of prog intensity. You can purchase more of the music now on the band’s Bandcamp page.

The members have decided to create a band formed around a unique concept when it comes to music: change. We often hear much of the same fare coming from artists, often not that distinguishable from previous releases in hindsight. Well, Sleeping In Traffic strives to never remain static, to always be working towards changing and modifying who they are. Nothing in their music is intended to sound static because it gets in the way of what artistic vision is all about. Each album, each song, and even each performance is designed to adapt and innovate. There are few who can claim to follow such a complex musical M.O.

Commenting on the new song, the band stated, “Anyone with even a passing understanding of mathematics should either squirm or laugh in the face of such an absurd and bizarre equation and the response is intentional. It is an attempt at a comparison of what it feels like to be forced to stand on equal footing next to people who lack any sense of logic or rationality, and to have to argue with them in the public discourse as if their worldview is somehow just as valid. It’s music, like the title, is mathematical and bizarre, featuring shifting time signatures, riffs that play in reverse, and a massive, crushing, synth-reinforced breakdown at its core.”

For the last several years, Sleeping In Traffic have slowly built their craft around some of their most significant influences like Between The Buried and Me, Devin Townsend and Porcupine Tree. In 2014 the dropped their debut self-titled EP, followed by the Feminism full-length in 2017, a guitar heavy concept record that also borrowed from ska, jazz, classic prog rock, and even pop punk. One of the forces that drive Sleeping In Traffic is the unusual guitar style of guitarist Greg Turner who plays unlike nearly anyone that you’ve ever heard before. This style is defined by Turner’s knack for using stuttered, chaotic time signatures and original chord voices which he then blends into catchy patterns. You add into this Turner’s love of incorporating pedals to add colour to the sounds coming out of his guitar and you have one hell of a guitar sound that acts as the backbone to many songs contained on both EPs. Singer Cory Bosse’s vocals are rooted in his heavy metal background, but as he’s grown into being more of a musician, he has began to incorporate operatic vibratos that flow into passionate howls, jazz scat collapses in his death growls, and beat boxing meanders into throat singing.

That Which Saves Us and That Which Destroys Us combine into eleven passionate tracks, with each EP taking on its own character. That Which Saves Us strolls down a darker, heavier metal road, while That Which Destroys Us is more upbeat and more optimistic in nature. What helps join the two is that synthesizers transcend both releases and act as a central feature of both. To say that this is complex music would be perhaps the most outrageous understatement we could possibly come up with. Although Sleeping In Traffic has been better known to Western Canadians, the entire country should prepare for a metal evolution coming their way with the release of these two trendsetting EPs.

That Which Destroys Us Track Listing:

Check out the robotic cover art for That Which Destroys Us: 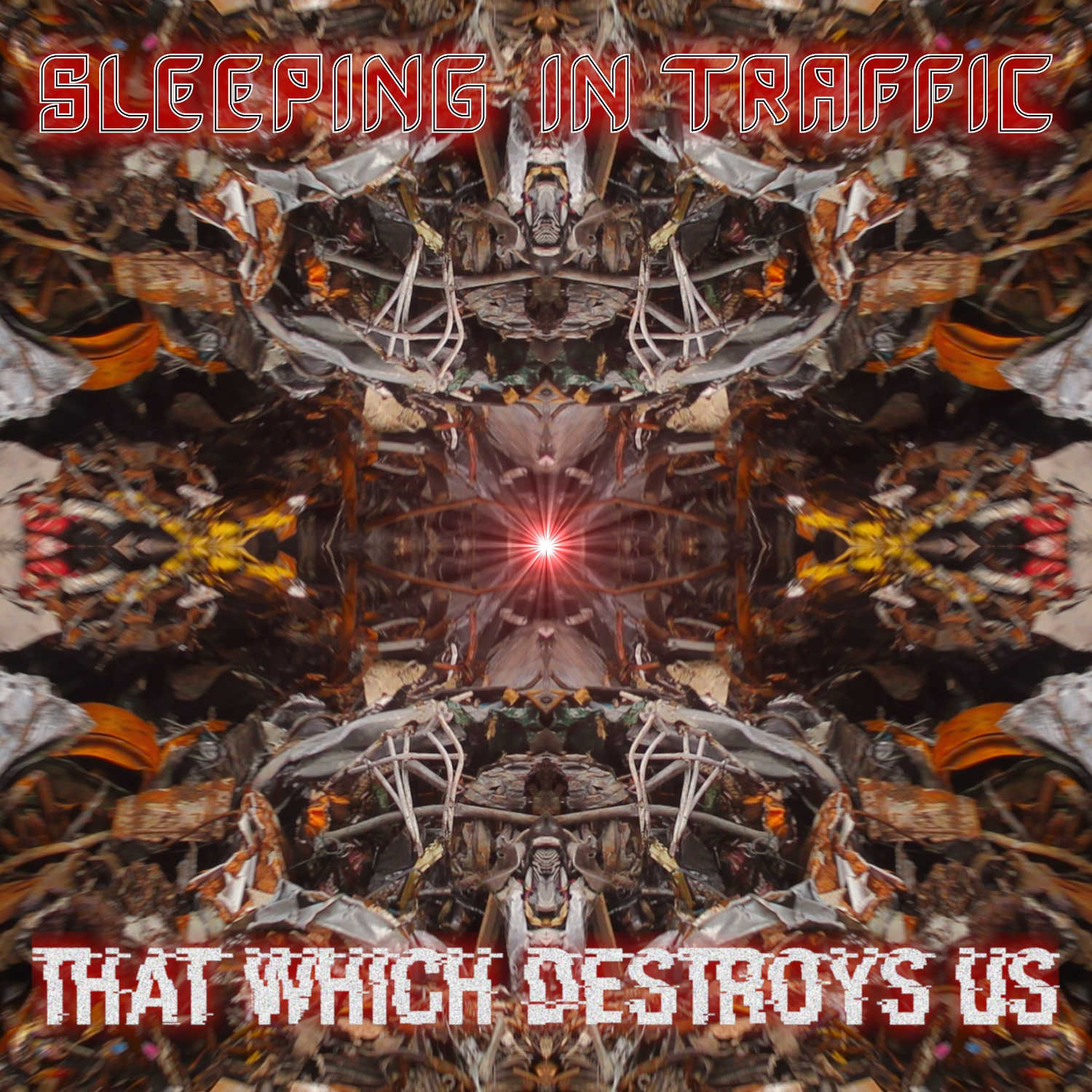