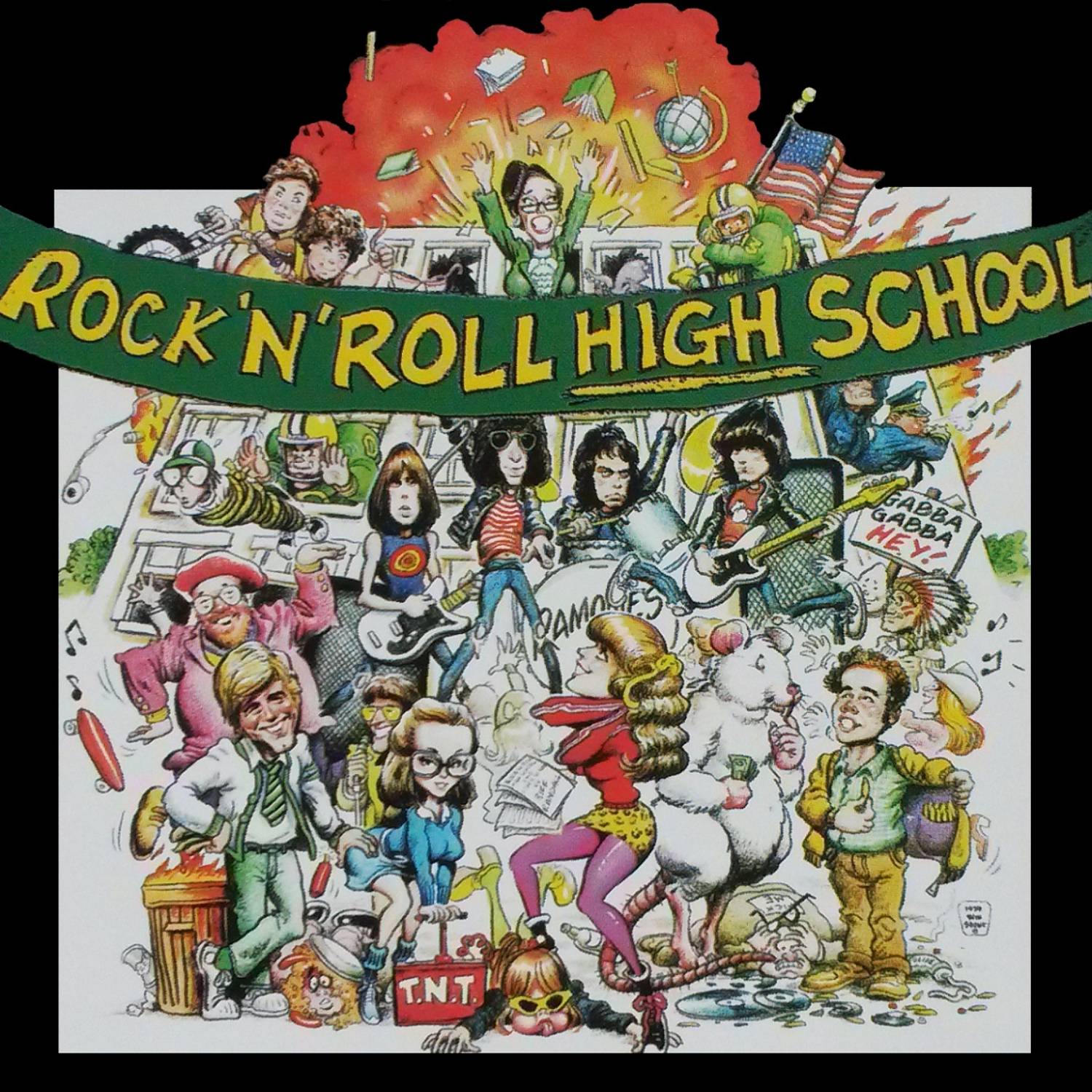 Decades before digital Internet playlists became the current craze, music connoisseurs craved and consumed compilations of various genres from an array of artists on physical record and tape formats. Aside from the super-successful K-Tel series of the 1970s, movie soundtracks were among the most popular multi artist collections — platinum-selling sets, including American Graffiti (1973), The Last Waltz (1976), Saturday Night Fever (1977) and Grease (1978) — not to mention such 1980s chart-busters as Urban Cowboy (1980), Flashdance (1983), Footloose (1984), The Breakfast Club (1985), Top Gun (1986), Dirty Dancing (1987) and The Lost Boys (1987).

But in the ‘70s, live albums also were wildly-popular and proved vital to the breakout success of KISS, Peter Frampton, Bob Seger and a slew of others. Released 40 years ago this month via Sire Records, the Rock ‘N’ Roll High School motion picture soundtrack offered the best of both worlds — an eclectic “mix tape” of genres and artists, while also providing an impressive live mini set from an exciting emerging band. Screw you, Principal Togar! We made it to the concert anyway!

Set in southern California during the groovy, shag-carpeted late 1970s, Rock ‘N’ High School tells the tale of passionate teens rebelling against their high school authority figures, fighting for rock and roll and the honor of their favorite band. As legend has it, the film was intended originally to star then-up-and-coming power-pop-rock combo, Cheap Trick. However, reportedly due to scheduling conflicts, the role ultimately went to a another relative newcomer, the Ramones. The film is somewhat campy and a bit silly, but it’s a whole lot of fun. Yet, despite the rather cheesy storyline and less-than-Oscar-worthy acting — particularly from band members Joey Ramone, Johnny Ramone, Dee Dee Ramone and Marky Ramone, Rock ‘N’ Roll High School has become a cult classic over the years. And it can be argued that the soundtrack is what made the movie truly zing.

This is one “Rock & Roll High School” we were never missing:

Given the band’s starring role status, the soundtrack focuses on the music of the Ramones. Of the record’s 13 selections, the New York-based punk collective is represented by 4 — 3 crisp then-new studio tracks, as well as a blistering, breakneck, 11-minute live “best of” medley recorded onstage at Hollywood’s legendary Roxy in late 1978.

Stylistically, the soundtrack is all over the place, but that’s why it worked then, and why it works now. From the Ramones to old school icons, including Chuck Berry, Todd Rundgren and Alice Cooper to such alt-rock acts as Nick Lowe and Devo to electronic kingpin Brian Eno, the record is a magical mish-mash — one that proves most effective in the context of watching the movie.

One can assume that label reps doubted the marketability of a Saturday Night Fever-type double soundtrack album of movie starring a relatively unknown band. As a result, much of the film’s music missed making it onto the single-record set — solid tunes from Paul McCartney, Fleetwood Mac, The Velvet Underground and nearly an entire “Greatest Hits” worth of Ramones classics, including “I Just Want to Have Something to Do,” “I Wanna Be Sedated,” “I Wanna Be Your Boyfriend,” “Questioningly” and “Sheena Is a Punk Rocker.”

In sum, 40 years following its initial release, the Rock ‘N’ Roll High School movie remains fresh and fun. And the soundtrack album continues to serve as a relevant time capsule from an era when rock was alive and well — unrestrained by stylistic shackles. Gabba Gabba Hey!

The brothers Ramone. The guys posing for a shot circa 1979: 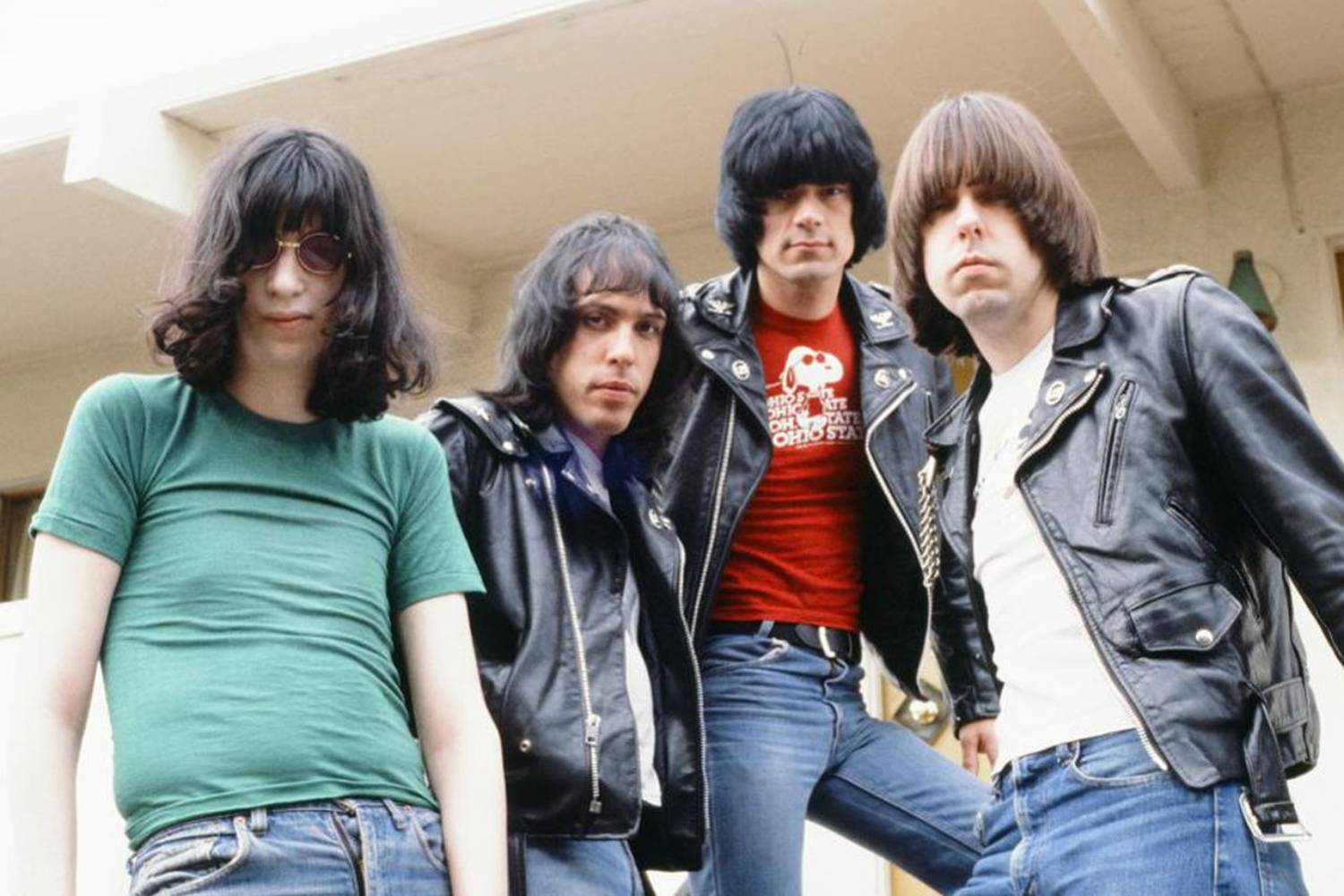