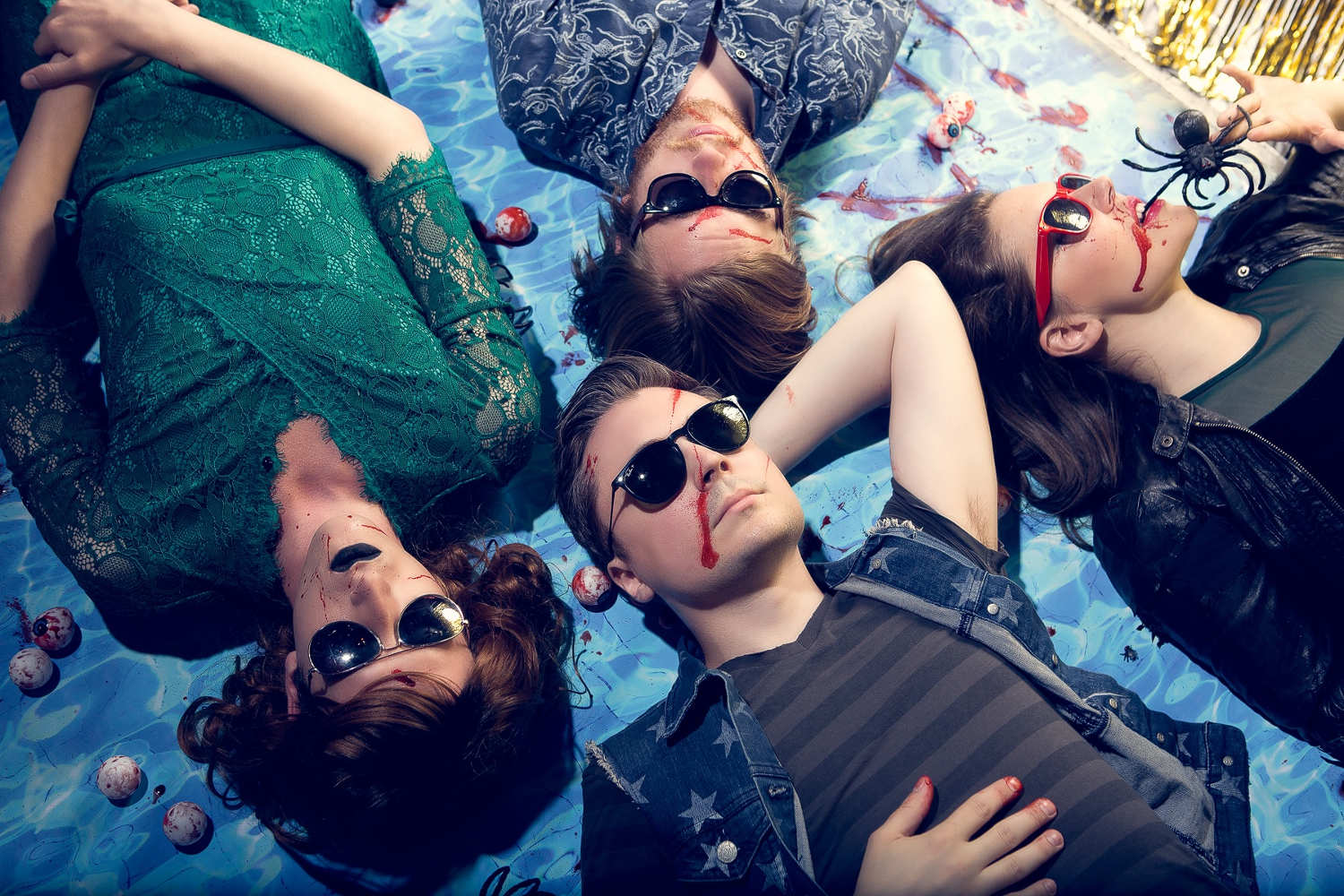 The dark, and extremely humourous, pulp-punk band known as Dalton Deschain & The Traveling Show is at it again and, today, are debuting their brand new single “Man/Thing.” The song is off their forthcoming, fourth EP Casey, the much-anticipated conclusion to their EP trilogy. (Check out more of the group’s music via Spotify or Bandcamp.)

Preceded by 2016’s Roberta and 2017’s Catherine, the concept-themed collection tells an extensive, continuous pulp horror story centred around a circus ringleader living in the 1940s who has been possessed by demons. How is that for a concept? We’ll let you re-read that if you have to. Despite its far-out concept, the story also at least keeps itself somewhat rooted in reality and modern social commentary. Throughout this extensive tale, you’ll encounter a wide-ranging cast of characters including old-time circus freaks, femme fatales, and even psychic nuclear researchers. Despite its diversity, it all starts to make sense as the story unfolds, at least if you’re willing to pay close attention.

Time to see what this “Man/Thing” is all about:

Band leader Deschain had a lot to say regarding both the meaning behind “Man/Thing” and how the song was written. He commented, “Despite all the high-concept weirdness that defines our band, I’ve always been a fairly traditional pop songwriter, sticking to the old verse-chorus-verse-chorus-bridge-chorus structure (with a few curveballs thrown in, of course). This was my first attempt at writing a song entirely around a single four-bar riff, which was really strange for me. I discovered the riff while noodling around in the basement of the Sidewalk Cafe open mic in New York City and sort of fell in love with its simplicity and strangeness. With its heavy downbeats and bendy strings, it sounded to me like something off of Modest ’ouse’s The Moon and Antarctica.

I took the riff home and started searching through old lyric sheets to find something to go with it, and just sort of let it flow out organically, leading to a song with a very atypical kind of structure. I wasn’t sure what people were going to think of it, but as soon as we started playing it out, people immediately started giving me tons of positive feedback about it. It’s actually one of the only songs we have that wasn’t originally written to be part of the story, but was sort of retrofitted to fit in after I saw the reaction.”

Elaborating on the song itself, Deschain followed up, “‘Man/Thing’ is primarily about how our perceptions of ourselves can swing dramatically between feeling like you’re on top of the world and feeling absolutely insignificant and worthless. Ultimately the best way forward is to just try to remember that you’re everything you are, nothing more, nothing less, and that’s all you need to be. So, I guess there’s a little bit of armchair therapy in this one, while at the same time being a spooky swamp demon story, which I think describes the Venn diagram of this band’s interests pretty well.”

Learn some “Dark Magik” with the title track to Dalton Deschain & The Traveling Show’s 2018 EP:

Dalton Deschain’s quickly expanding cult-following has been well-earned, with a cult following that has slowly, but surely grown around New York, as a result of their original, high-energy shows, including the annual Devil’s Night party that’s held every Halloween. Their music is defined by dancy beats, dirty guitar riffs, lyrics influenced by science fiction and campy theatrics which provide for an infectious, unique listening experience. Casey is the band’s most energetic release thus far, and the physical version is accompanied by a sixty-page chapbook that contains lyrics, original illustrations and a short story written by Deschain himself about the characters that are covered throughout Casey. This will be the fourth and final EP release from Dalton Deschain & The Traveling Show before they make the leap to their debut full-length album.

Check out the classically-influenced artistic cover art for the Casey EP: 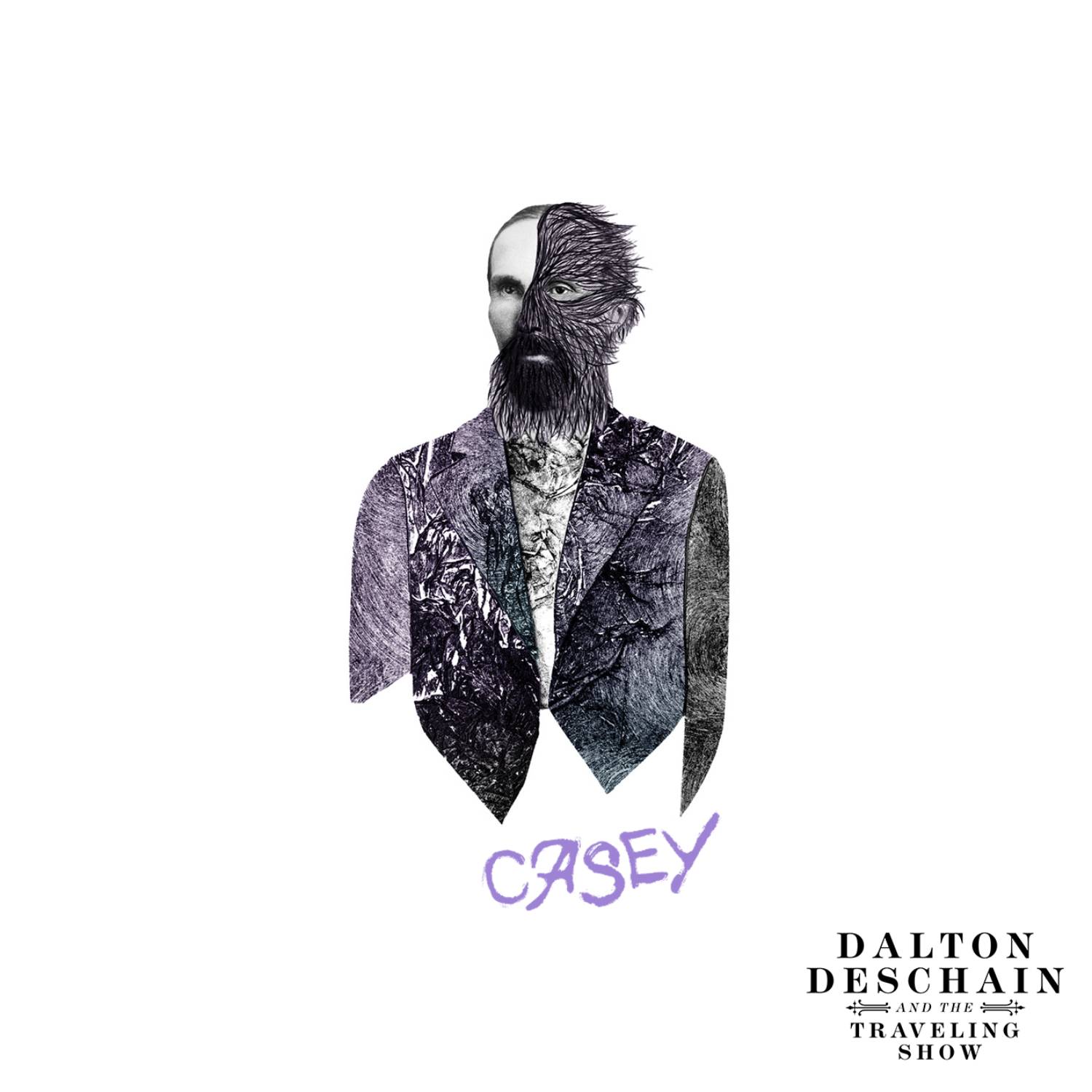