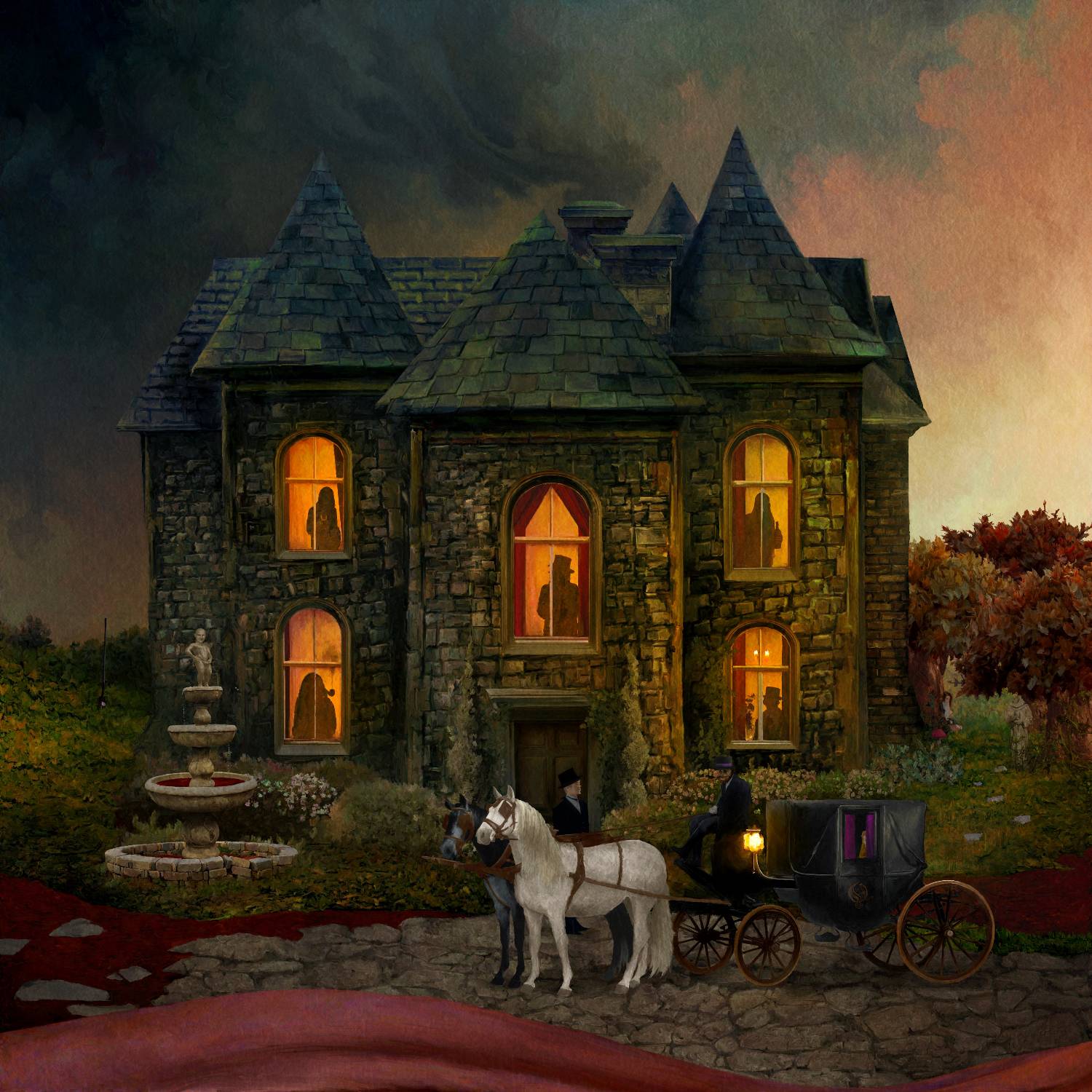 Let’s get one thing out of the way – Opeth are no longer a progressive death metal band and Mikael Åkerfeldt no longer growls on Opeth material. It has been this way since the release of 2011’s Heritage when they did a complete move over to 100% ‘70s-era prog rock without all the metal trappings, yet there is still a strong contingent of old-school fans that just won’t let it go. It ain’t gonna happen, folks, so just move on. I am one of those who embraced the bold move with open arms and the material they have released since 2011 has been both warm and traditional, and also fairly groundbreaking for the Swedish band.

The two albums released since Heritage (Pale Communion and Sorceress respectively) have shown a natural progression in this brave direction, with lush acoustics, vision, and suitable production, but Sorceress started to creak with a need for something more, something exciting. Mikael took a complete break from the Opeth machine and got both into his studio and head to work on this new album, to give it the time and focus it needed. His plan was to have a.) a Latin title for the record, b.) all lyrics and vocals in his native Swedish, and c.) an album cover that would encompass the full concept. And, as always with Mr. Åkerfeldt, he achieved it all with ease. The bugger.

Recorded in Park Studios in Stockholm with all the analogue gear that Opeth need for their bonafide prog journey, the focus on the Swedish aspect was key, but Åkerfeldt decided to record an English version for those that struggle with foreign languages and release it as a double-album; this way, the listener could pick and choose which was better for them. The music is so warm and lush that you may think that you’ve travelled through time to the mid-‘70s, and Camel have decided to put a little metal in their sound. It’s laden with strings and epic brushstrokes of pure progressive rock, but (as aimed for) it sounds more technical than it actually is, something not easy to achieve but that adds such depth to music like this. There are quite a few sound bites in Swedish throughout that add texture and depth to the songs, and the quiet and acoustic passages that are interwoven are sincere and beautiful (not to mention menacing and creepy when needed).

Mikael’s voice has matured to such a professional level over the years, something that producer/fellow musician Steven Wilson already commented on back with the recording of their Damnation album in 2002. It has a haunting quality, but with pristine and delicate tone, and he can really soar when he wants to. The long-time rhythm section of Martín Méndez on bass and Martin Axenrot behind the kit are testimony to their long tenure with the band, and the chemistry they create. Åkerfeldt and fellow guitarist Fredrik Åkesson build on each other’s riffs at every twist and turn, neither duplicating what the other has done but keeping the songs afloat with strong writing and technical talent. The leads and solos are, as always, a highlight, and they are just hummable, uber-melodic, and tay-steee. Joakim Svalberg on keys, piano, and Mellotron has been with the band since Heritage, and is such an important part of the modern Opeth sound that I wish he would get more attention – without the Mellotron foundation especially, the ‘70s prog vibe would be much more difficult to attain, and he is a wizard of Rick Wakeman-esque proportions.

Mikael gives some insights about the album title in this interview:

All of this instrumental talent would be wasted without the songs to back it up, but In Cauda Venenum (pre-order here) is bursting with goodies. “Garden Of Earthly Delights,” the album opener, is all atmosphere and build-up for what is to come, including sound bites and Tangerine Dream vibration, and the album closer, “All Things Will Pass,” is an epic, lengthy bookend that leaves you breathless and spent (in the good way). All the filling in-between is quite possibly the strongest material that the band have put out ever, each song with a personality of its own and packed with tons of exciting bits and pieces. “The Garroter,” “Dignity,” and “Next Of Kin” are firm favourites, but there’s not a wasted second that I can find anywhere here. It’s just great, interesting, sprawling, involved listening that pays off every damn time.

In Cauda Venenum is the most cohesive, solid album that Opeth have ever released, and easily the best of their modern era. It won’t win back the stubborn growl stalwarts, but the band aren’t looking to butter anyone up (and never did anyway). For fans of heavier prog with a retro slant and a keen eye of detail, it’s 100% on point. Opeth are, in my opinion, at the top of their game in 2019, and this album deserves, nay, DEMANDS to be at the top of everyone’s end-of-year lists. It’s bloody lovely.

And finally, an explanation of the lyrics on In Cauda Venenum: