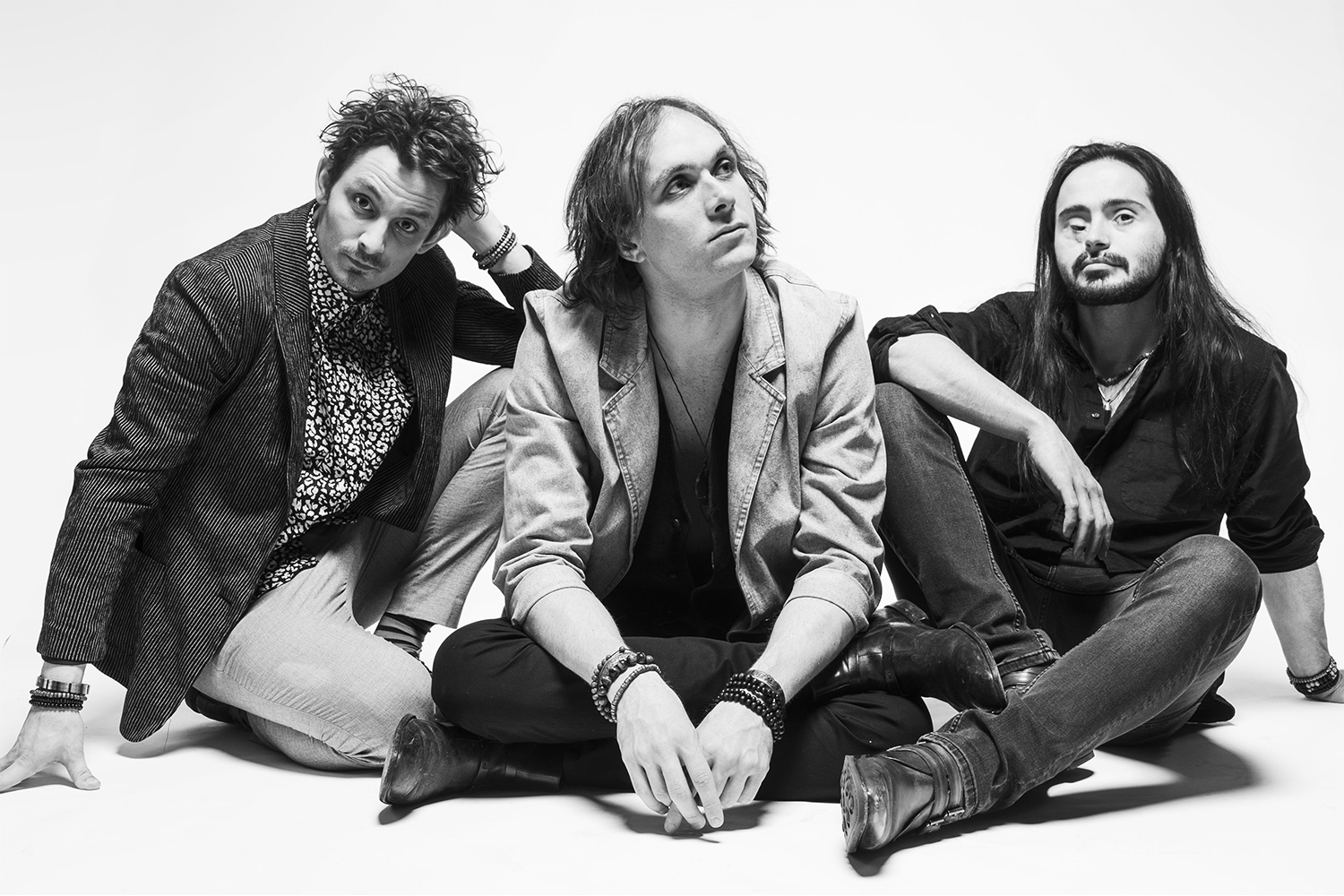 Psychedelic rock power trio Dirty Sound Magnet return in 2019 with their new record Transgenic a self proclaimed mystical journey back to the future which focuses on individual behaviours within it. As a taster for this journey, check out our worldwide exclusive premiere of their new single “USA LSD BNB HIV”.

The band had this to say about the track: “With every new day comes a new interpretation to the lyrics of “USA LSD BNB HIV”. The song means so many things and nothing at the same time. Therefore the only way to produce a coherent music video for it was to produce an incoherent one. It wasn’t planned like this but the project kept on evolving in highly unexpected ways.

This music video is a collaboration between a team of creative and crazy Hungarian filmmakers (Soulcase studio) and us. We all had so many different ideas and the final version contains some bits born from everyone’s imagination.”

But what is Transgenic?

Transgenic: Drowned in this world of advanced technology and hyper-consumerism, individuals struggle to discover their inner self or communicate with each other. The album lays out a disturbing view of the present and the near future, with the significance of Social Media, and increasingly alarming ecological issues giving shape to an Orwellian dystopia.

We had a quick chat to frontman Stavros about the album and his thoughts on social media.

You chose to work with Soulcase Studios on the video. Why did you choose those guys ?
Stavros: We did not really have a choice. It just happened. We met Adam (head of Soulcase studio) in Hungary at the Sziget festival 3 years ago. I remember his words vividly: ‘we want to be your professional storytellers for the next 20 years”. Well ok then, let it be so… These guys were so full of energy.

We’ve been working on a lot of different video projects ever since (documentary, tour report, music videos). This music video is the first release but there is a lot more on the shelves.

Is the new single a good indicator as to what we can expect from your upcoming record ?
Stavros: Not really actually. That’s what makes it so much fun to be in this band. We allow ourselves to explore something new with every song we create. The only common denominator on the new album is the word Transgenic. We have defined what it means to us conceptually and musically and have kept that feel on the album. Apart from that our approach was limitless. So you can’t sum up the album with one song. Nor can you sum up the band with one song. I see this as our biggest strength but it’s also a major flaw in terms of marketing. Nowadays, you should be able to label things in order to sell them… Well fuck that!

“With every new day comes a new interpretation to the lyrics”, was the song written that way on purpose?
Stavros: I wrote the lyrics in response to some some stereotypical comments I got from some people. “You must be really high on drugs to create this music” or “what a beautiful life you guys have on tour. You can party and get drunk every night.”

What people don’t realise is that what we do is actually hard work. We rehearse every day for several hours and need to stay very clean on tour. Our only goal is to create the best music we can and give our best every night. Anyway, that was the starting point of my lyrics and from there it just grew into something I could not control and did not fully comprehend myself. It’s great fun for me because every line has it’s story and as a whole it’s very open to interpretation. Makes it quite psychedelic.

Social Media Girl / Social Media Boy / Hashtag Love – do you think social media has been a good or bad thing for society ?
Stavros: Terrible thing. Terrible for human relations. Social media is supposed to bring people together but it stands in between them. I could talk about it for hours but I can’t break it down better than in the Social Media suite on the album.

Finally, plug the album and tell us what your plans are for world domination once it has been released…
Stavros: Domination… let’s rather say revolution. We create music that is different. We want to show that music can still threaten the established order. We will tour relentlessly to bring it out to the world. We refuse to bend to the requirements of music industry. We believe in the people. If we are to enjoy any sort of success, it will come through YOU, not through the music industry.

Music is also beauty and we contemplate every song as a piece of art. It’s very important to us. I am sure that there is still a lot of people in the world that think that music matters. That music ain’t just something you use and throw away. Well Dirty Sound Magnet is for those people.

If all of that wasn’t enough to trip you out, check out this mind-bending trailer for Dirty Sound Magnet’s Transgenic album:

Will our obsession with social media destroy the world? Only time will tell but, while Dirty Sound Magnet have a disturbing view on the future, with a new album out from the band and a few tour dates also in the pipeline, there is still plenty to occupy us away from a world shaped by fake news, social media influencers and “like-obsessed” celebrity culture.

Transgenic is out on October 18, 2019 through Hummus Records or preorder your copy here. The band have also announced a gigantic tour including the following UK dates.

Dirty Sound Magnet’s disturbing view of the world demands suitably trippy artwork and here’s the artwork that graces the cover of Transgenic: 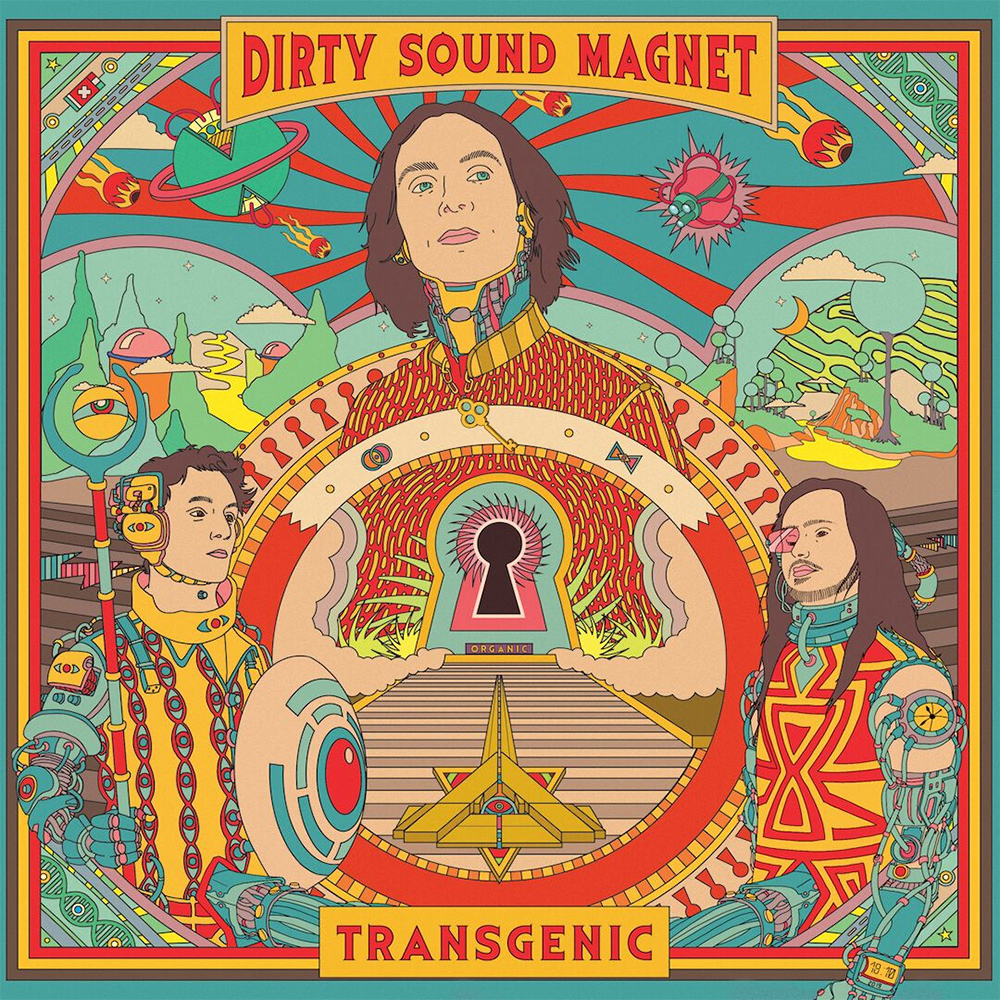