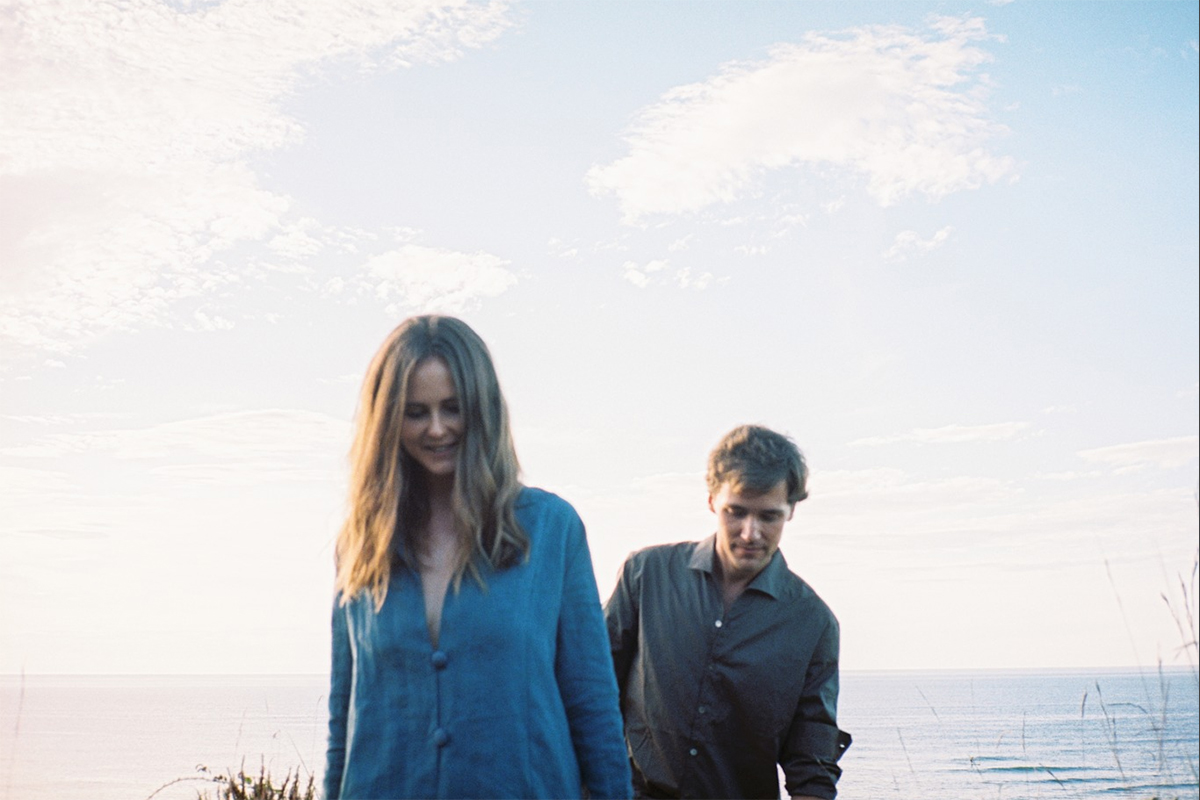 Rising synth-pop duo, The Voice Tree (comprising Whitney Di Stefano and Logan Hugueny-Clark), are poised to announce their brand new EP with the arrival of Apollonia this October and, ahead of its release, we’ve got the exclusive premiere of their new track, a 90s inspired indie-dance offering “Electromagnetic Pulse”.

Talking about the track, the duo explained: “The overwhelmingly bright lights of modern technology coincide with an unprecedented interconnectivity that can also make us
feel more isolated than ever. However, the universal language of music is one of the few remaining relics of the past that has the power to pull the plug on our dependence to the internet and social media. Like an electromagnetic pulse shuts down electricity, a good beat can turn off the lights of stress and instead live in the moment.”

Hailing from Paris via Milan and Los Angeles, the indie rock duo fuses 90s rock-influenced melodies with synth pop expressions. They released their self-titled EP in 2017, followed by the singles “Isolationism”, “Byron Bird” and “Ghost Tree” released between 2018 and 2019. As for their new material, the synth-pop duo had this to say:

“Apollonia is a passion that evolved from our rock ’n’ roll core, with a desire to fuse synth and orchestral. The opportunity to be exposed to musical influences across different cultures inspired our instrumentation, writing and artwork. Our aim was to achieve a sound that would reach a diversity of people and evoke a multitude of feelings among each listener.”

Taken from their Full Circle EP, here’s an earlier taste of the duo in the form of their single “Isolationism”:

Ahead of the release of the EP, we had a quick chat to the duo to find out a little more about their story.

Thanks for your time, could you tell us how The Voice Tree came together…
Whitney: An infinite amount of passion and a lot of sleepless nights. This was the only time we could dedicate to writing and recording, given that our day jobs required our attention 7 days a week. Logan wrote and recorded a few rough instrumentals, to which the addition of vocals I wrote seemed to uniquely complement. Once we recorded and mixed them together, we realized the fusion was the exact sound that we were looking to produce.

You have a new EP out in October, Apollonia, what can you tell us about it lyrically and soundwise?
Whitney: Lyrically, Apollonia is about being thrown off balance. We were coping with unexpected circumstances in our lives while producing the songs, and we channeled this both into the lyrics and the sound. We wanted to convey the weakness one faces as a result of change – and more importantly, the empowerment earned from the transition.

Which acts/artist had the biggest impact on your sound?
The Voice Tree: Arcade Fire – particularly their album Funeralem> – has always been the most significant source of inspiration for our music. However our sound has also been influenced by 90s rock bands such as Placebo and Pulp, and more recent artists like Tame Impala and CHVRCHES.

You’ve had two EP’s out already, how does the new one fit in with those? Is there a consistent theme connecting all three?
Logan: There is definitely an underlying paradoxical theme connecting them. Most of our songs are guided by melancholic chords and sounds while being driven by upbeat drums. Occasionally, such as in the track “Isolationism”, all of the instruments and vocals are upbeat, but the meaning of the lyrics contradicts the song’s vibe. Life is all about ups and downs, and without one, we cannot have the other. We wanted to convey the duality of these extremes in our songs – that is the theme.

And here’s the artwork for The Voice Tree’s new single “Electromagentic Pulse”: 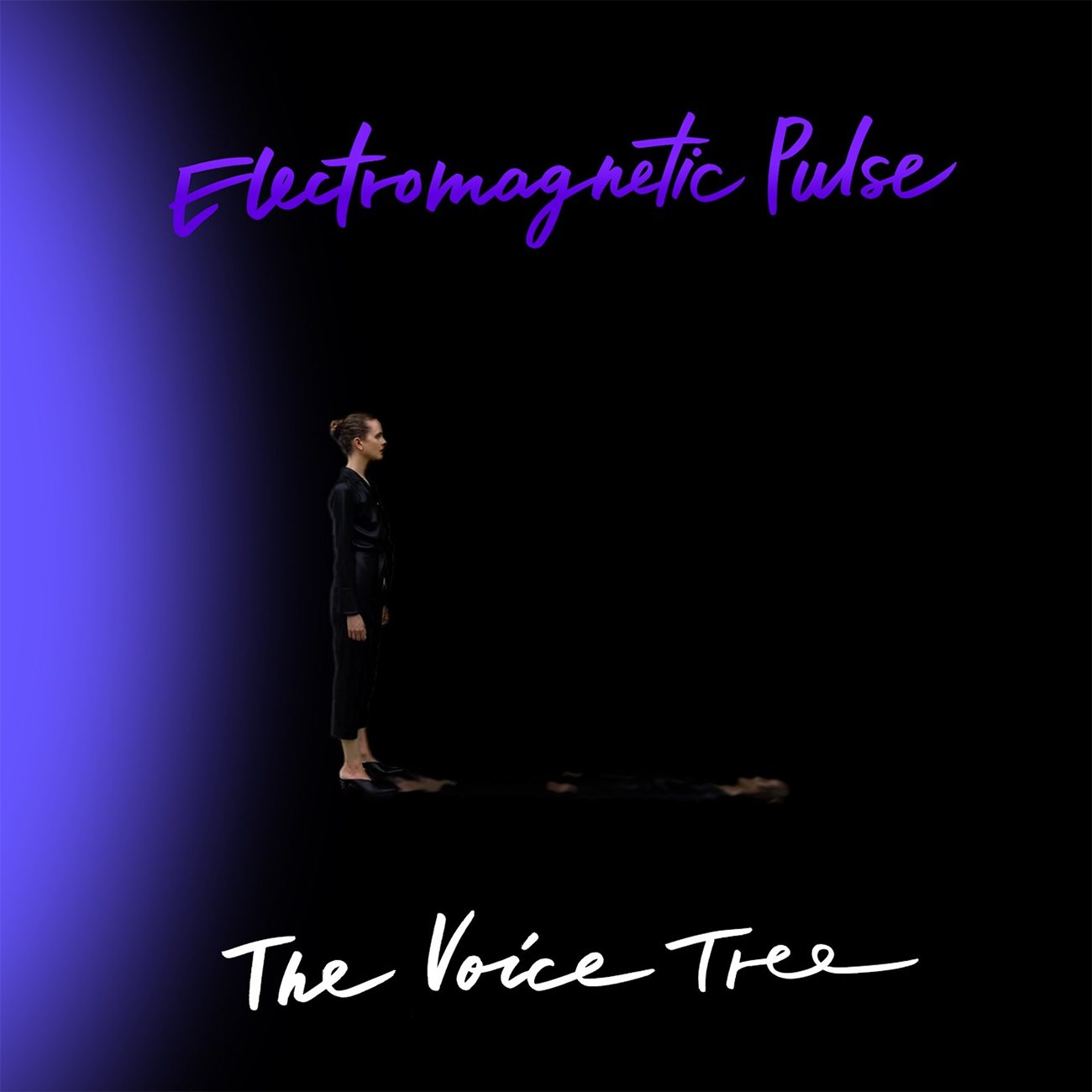 What about a full length album, what are your plans in terms of recording a full length album?
Whitney: We’ve already begun writing our upcoming first full-length album; we’ve come up with countless hooks and have been recently inspired by unusual instruments. We ultimately want to focus on the union of the two while still staying true to the sound that we’ve developed thus far. In terms of vocals, we’d like to incorporate at least one song written with French lyrics.

What are the pros and cons of working as a duo?
Logan: We work well as a duo because we have a very similar vision of what we want to create. We also have set roles in production and during performances that we are both fully satisfied with. That being said, we are also brutally honest with each other. There are occasions where we don’t see eye to eye creatively, but we always explain the reasoning and rationale behind the varying opinions. We sometimes drive each other a little crazy (probably comes with me being French, Whitney being Italian and the evident rivalry between the two overly passionate cultures), but it always results in making better music.

Tell us an interesting/amusing fact or story about each other?
Logan: Whitney kept a daily journal in elementary school, where all she wrote about was becoming a rockstar. Her greatest idol at the time was Green Day’s Billie Joe Armstrong (from the days of their album Dookie).

Whitney: Logan does spot on voice impersonations – he has done over 100 different voices in one sitting. If this was an audio interview, I’d insist that he do a few for you.

Thanks for your time, last chance to plug your new EP to our readers.
The Voice Tree: Merci for YOUR time! We’re thrilled to share the inner workings of Apollonia with you and your readers. 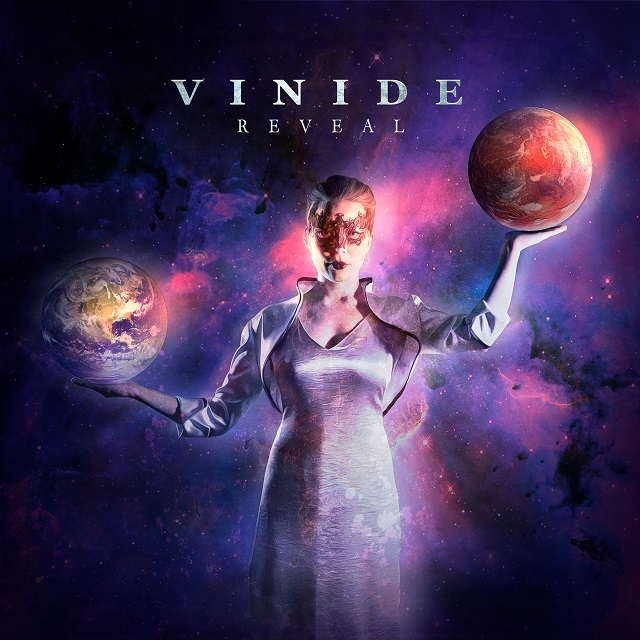