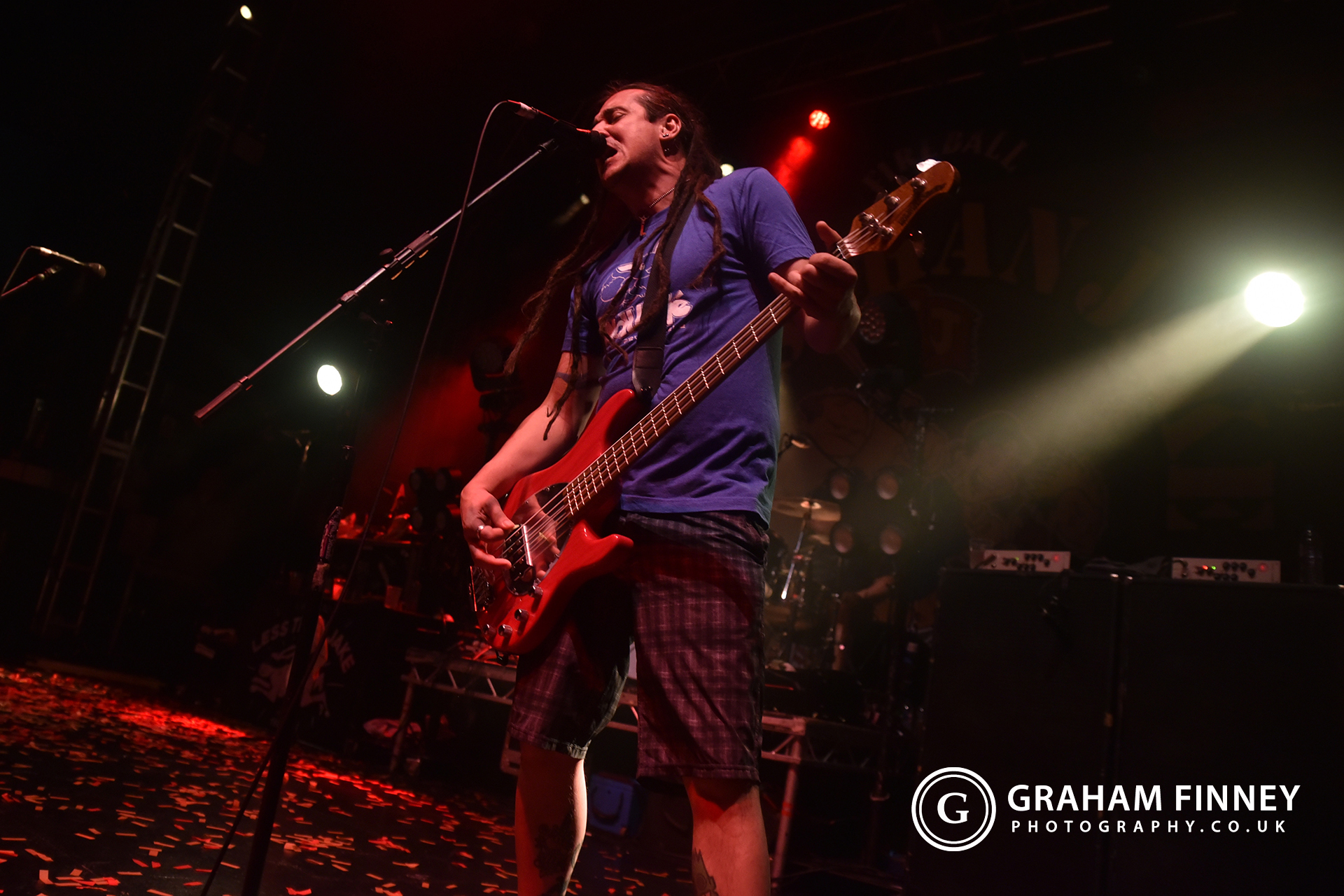 LESS THAN JAKE, GOLDFINGER and SAVE FERRIS Host a Ska-fuelled Party in Leeds 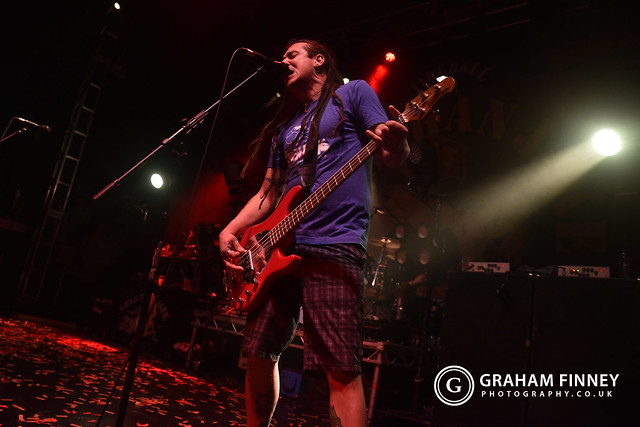 Sadly, due to the early doors, by the time we’ve made our way out of work and through the Friday night traffic, we’ve missed openers Leeds pop-punk band This Time Last Year while last year’s competition winners Thieves Of Liberty are nearing the end of their set although, despite vocalist Lydia admitting they partied a bit too hard in Sheffield the night before, we get the impression the punters who managed to get here early certainly saw their weekend kick off in style.

An early start meant we missed This Time Last Year and Thieves Of Liberty which we’re gutted about if this is anything to go by:

If they didn’t warm you up then the three big hitters on the bill definitely made sure that the O2 Academy was absolutely bouncing starting with the utterly wonderful Save Ferris. The ska-rockers were absolutely fantastic at Slam Dunk Festival a couple of years ago having been away from the UK for a ridiculously long time and, given that it’s only been a couple of years since that jaw-dropping set at Slam Dunk, the band and, in particular, vocalist Monique Powell are clearly super-excited to be back even though their time on stage feels like it is over before it starts. From the moment she hits the stage, Powell makes sure all eyes are firmly glued to her as she swaggers around, rolling all over the monitors while her bandmates smash through their high-energy, sassy ska punk anthems.

There is no party like a Save Ferris party but if you missed it check out their brilliant “New Sound” video here:

By the time Save Ferris exit and things are set up for fellow ska-punks Goldfinger, there isn’t much room to move as fans of all ages fill up the dancefloor. “We play two types of music…” announces Goldfinger frontman John Feldmann, “we play ska and we play punk!” With that the band hurtle into their ska/punk anthems and, boy, does the O2 Academy crowd bounce. Through the likes of “Here In Your Bedroom” along with covers of the “Friends Theme” and “99 Red Balloons”, bodies fly over the barrier carried by a crowd who are bouncing from front to back and, as Feldmann stands on the barrier, arms outstretched, before launching himself into the crowd, there is no doubting his godlike status with these fans.

And here’s Goldfinger with their brilliantly bonkers cover of “99 Red Balloons”:

If you want a party though, there is no better host than Gainesville punk rockers Less Than Jake who race out of the wings and, with a blast of confetti, are straight into opener “Gainesville Rock City”. The most fun you’ll have with your pants on, from our view point on the balcony, the dancefloor swirls and bounces along to the likes of “Johnny Quest Thinks We’re Sellouts”. From frontman Chris Demakes to bassist Roger Lima, Less Than Jake know how to put on a show and, in the sweaty, confines of the Leeds Academy, they made sure that Yorkshire’s ska-loving fans had the perfect Friday night.