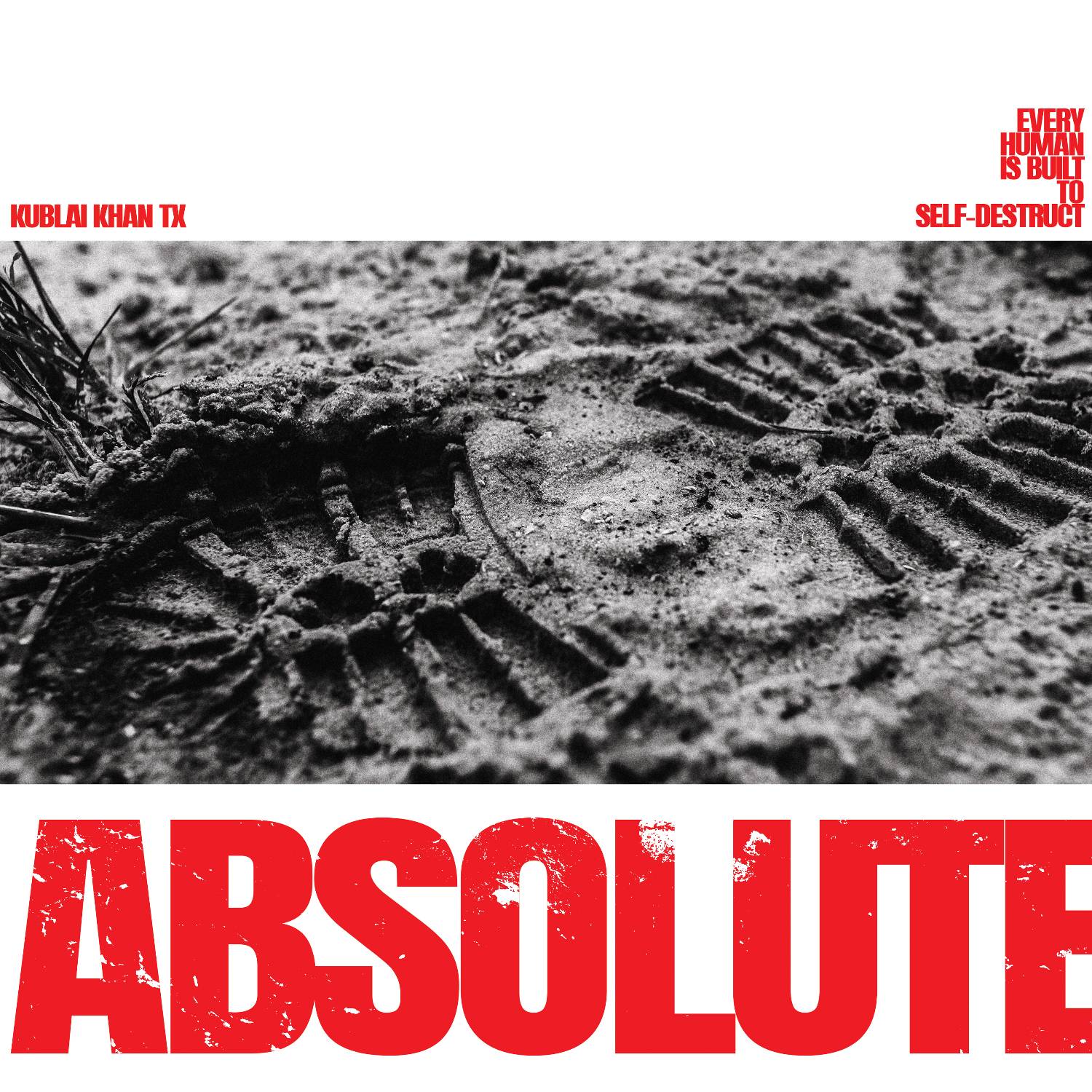 At my house, Kublai Khan is kind of a big deal. Despite being on the scene for a decade, the Texas-based combo was discovered by my teenage soon-to-be stepsons relatively recently while on the 2018 Vans Warped Tour. Hence, the band popped up simultaneously on my personal radar — as their aggressive metallic sound soon pounded through the bedroom walls of said teenagers at all hours of the night while I struggled to focus on the latest episodes of Shameless in the adjacent living room.

In my view, when it comes to consuming content, I need a band to “get onstage,” say what they came to say and then get-off-the-stage! And with their fourth full-length studio slab, Absolute (pre-order/save here), Kublai Khan TX accomplishes just that, perfectly.

Produced by Randy Laborer, the ten-track set is crisp, concise and to the point — clocking in at just under 25 minutes. And it crushes in short order. “We put a lot into the record,” frontman Matt Honeycutt revealed recently. “There are so many different tones and lyrical aspects. It really shows how far we’ve come,” he added. “I hope people connect and get something good from it. We’ll keep going no matter what.”

Do NOT “Self-Destruct” before checking out this music video:

Honeycutt’s ferocious vocals are distinctive enough throughout to recognize that he’s pissed, yet without the benefit of printed lyrics, it’s often difficult to decipher why. But Honeycutt isn’t the only KK member who gets it all right on Absolute. In fact, props are due all around, as guitarist Nolan Ashley’s fist-pumping chug and supah-sweet squeals are electrifying, Eric English’s throaty, gritty basslines are heart-stopping and Isaac Lamb’s precision drum work is truly Vinnie Paul-caliber. And the songs — pissed off and punchy from start to finish.

Truth be told, I’m now that “old guy.” I remember the New Wave of British Heavy Metal (NWOBHM) movement of the late ‘70s, I experienced the original thrash days of the mid ‘80s and I was inspired by the groove-driven hardcore scene of the early ‘90s. As a result, I recognize the record’s explosive and authentic “pit factor.” However, at age 56, I surmised that out of a sense of fairness to the band, I should share my advanced press copy of Absolute with a younger, more reliable source — one of my aforementioned teenage soon-to-be stepsons — an admitted drooling Kublai Khan TX disciple.

A press shot of the fierce foursome behind this ferocious sound:

I plugged my iPhone into the ol’ factory minivan hi-fi and let the music do the talking. “This is SO good,” my teenage compadre confessed gleefully with his face buried in his hands as we made our morning commute to his nearby high school. “This is heavy as shit,” he blabbered on. “Kublai Khan is back!” Hmm. Out of the mouths of babes.

In sum, the verdict is in — for those who crave the sonic crunch, the latest from Kublai Khan TX is an “absolute” slam dunk.

Heavy, pounding music is “The Truest Love,” as evidenced by this video: