You may assume that a group named Kill Chicago are from, well, Chicago, but that’s not the case here! The quartet hail from Fredericton, New Brunswick and, today, are debuting their new song “Show Me” (pre-order via Apple Music) from the upcoming album The Fix, due out on November 8th. The Fix sees Kill Chicago zero in on some of the most pressing contemporary social and political issues facing Western societies today, including ongoing concerns over education, economy and the politicization of the modern era.

This said there is also a personal touch within the album as much of the lyrical content was motivated by lead songwriter Greg Webber’s recent mental shift when adapting to the lifestyle of parenthood. Motivated by the birth of his daughter, Webber began to think deeply about self-improvement not to mention the notion that many people are always trying to fix some part of themselves. Offering a more personal look into the writing and recording process, Webber tells us:

“When I think I have the seeds of a song or even if I have the whole thing written, I don’t tell the band, ‘Hey guys, I have a new song.’ Instead, I start playing the riff when everyone is setting up for rehearsal. If what I have will work for this band, the others will join in without me saying anything and start figuring out their parts. ‘Show Me’ was the most exciting version of this since the last record. The direction that the band took the song in was 180 degrees to what I’d imagined in my head. The album was produced by Kill Chicago and Brad Perry and Evan Hansen at The Recordery in Fredericton, New Brunswick. This is the second time we’ve worked together so we were able to avoid all of the first date jitters and speak openly with each other. The band requested to lay down the bed tracks simultaneously while in the same room, which really brought a live energy to the recording process. The recording process was interrupted a couple of times for babies to be born. Our drummer Zach (Atkinson) had his second child, a son named Noah and Evan had his third child a son named Cooper.”

Get your ‘fix’ and listen to “Show Me” right now:

The release of The Fix is the follow up to The Grey an album that received nothing but the utmost praise, including Music NB’s “Album of The Year” for 2016, as well as a performance at the ECMA’s Rising Star stage last year. This is a collection of musicians full of personal grit and experience who have experienced both successes, but also difficulties and they have been there to know that better days only come with heart and effort. And there are few rock bands with as much motivation and vigour as Kill Chicago, with all of the members actively involved in community ventures. Webber teaches music at Fredericton high school, Atkinson is the owner and promoter of the well-known venue local venue The Capital, while guitarist Dillon Anthony and bassist Matt Bowie are veterans of the local east coast music scene.

It’s simple really. Kill Chicago is a band composed of good people, with a good message, good intentions and good motivations. And really, what more can you ask of a modern musical act than that? Along with our premiere of “Show Me,” we caught up with Greg Webber for a few questions about the song, their political and social causes and what the most pressing current issue is for the modern working class.

You say that the direction in which “Show Me” ended up going was virtually the opposite of what you plotted it out to be in your mind. What were your initial hopes or expectations for the song?

Greg Webber: “When the song was first brought to the band, I had the ‘stabby guitar riff and vocal set, and the vibe in my head was a slower kind of western feeling to it. When I began playing the riff, Matt (Bowie) our bassist played the line that you hear almost note for note once through and then Zach’s (Atkinson) drum beat followed the bass line with a more upbeat groove to it. The final piece was Dillon’s (Anthony) piano part which was borrowed half from Dr. Dre and half from Queens of the Stone Age. I adjusted how I sang the vocal and let the song go in this direction. Even as we were recording the bed tracks I was unsure how it would turn out, but it really turned out better than my original image.”

The Fix will be released on November 8th. Check out the artwork: 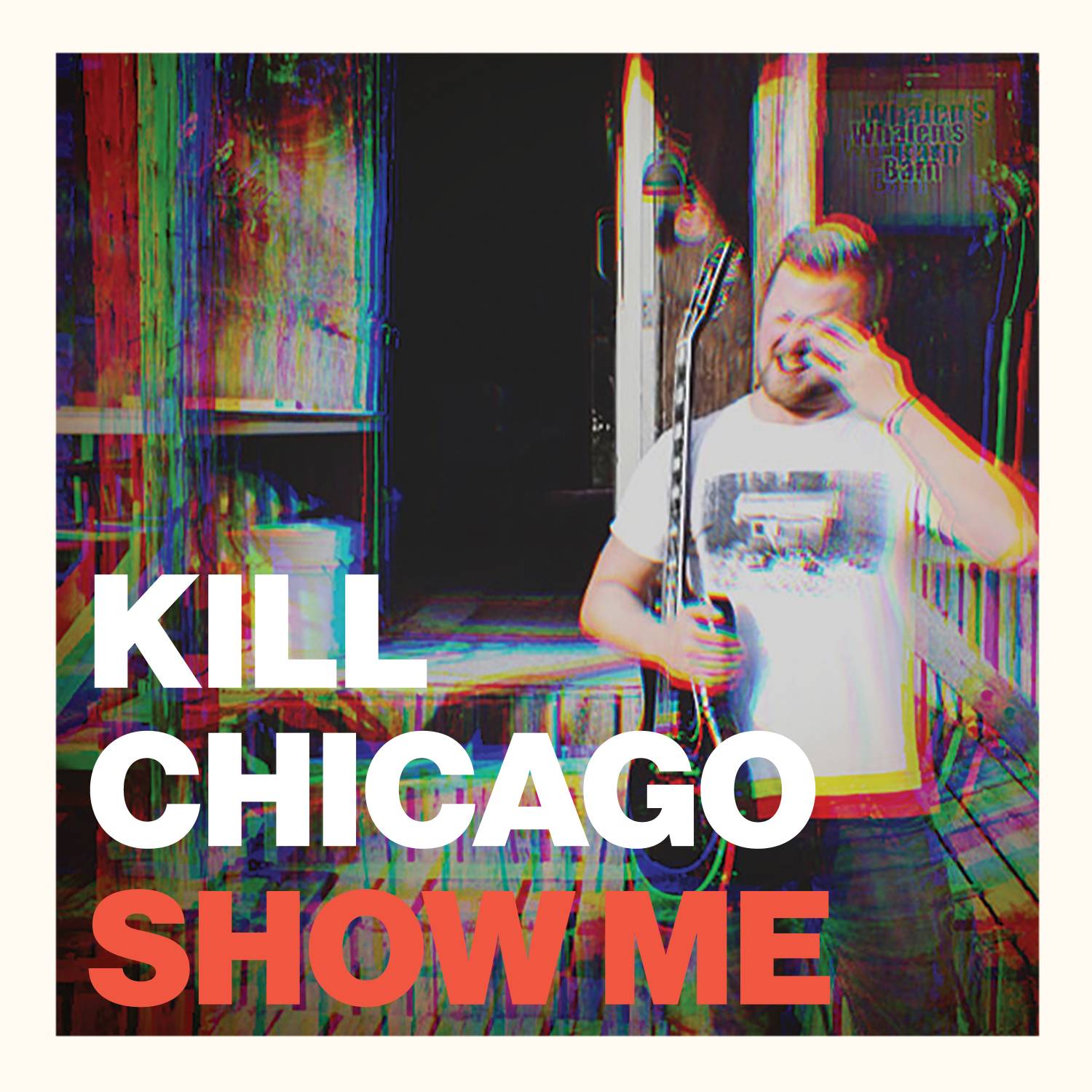 The recording process was interrupted a couple of times as a result of a couple of births. How long did this song from start to finish actually end up taking? Was it a while?

Webber: “We began recording around Christmas of 2017 and did the bed tracks in three days. By the time the song was completely done, it was May of 2019. I was actually just going through the original demo iPhone videos for this record and this song is from 2016. That being said, there is another song on this record that is from 2006, when I was writing on a front porch in East Vancouver.”

While perhaps not a full-fledged political band, there is a political core which lies inside the essence of Kill Chicago. What would you say is the primary motivator behind your political motivations?

Webber: “I think that there are two things that push us in this direction. The first is watching our own band members, family members and friends struggle to make a living here in New Brunswick. While it’s insanely hard to leave and work away, it’s also hard to move home or stay here when other places offer more money or stability. We would love to see the people of our province demand better from their politicians, and dream bigger than survival. The second is being a teacher, a business owner, a government worker and a freelance artist. Every decision that government makes affects each of us greatly. When I see hundreds of young people head out into the world each year, I feel very responsible for what they’re walking into.”

“Count To Ten” and then check out this music video from Kill Chicago’s 2015 album, The Grey:

Every member of the band is actively involved in their communities. That stands out from most other musicians who are content just writing and recording music. Why do you personally feel it’s important to become involved locally?

Webber: “I feel like our scene is made of people who feel this way. When we were teenagers, we were all in punk bands and had to create the scene that we wanted. Though there were definitely a few people booking shows, there was no ladder to climb as it were, so we became used to building things from scratch. Since we’ve been friends since the age of fifteen, I can say that all of our parents were extremely supportive of our music and involved in their communities as well. My dad actually helped design the first skate park that the city built. That expectation was built into us.

I take it that you see yourselves as a working-class band that tries to bring attention to working class issues. In your opinion, what’s the most significant concern you see coming from the contemporary working class? Is it healthcare? Education? Give us your view.

Webber: “I have to begin by saying I don’t claim to be a voice of working class people, but I used to be a blue collar worker, and then when I began teaching, I waited seven years before I was made permanent. I think this is closer to most people’s story in 2019, where the gig economy or casual worker is under constant stress of where the next contract will come from. But from what I see, I actually think the biggest issue is the echo chamber of media and the instability of our fundamental beliefs as a country.

That being said, the conditions that create this type of unrest are usually related to people’s sense of financial security. I think that our lack of permanent employment affects everyone’s security. When people feel that there isn’t enough to go around, or enough to provide for their families, they look for easy answers, and unfortunately, those answers are never easy. The working class is greatly threatened by automation, and are wondering what they will do in five years time. The economy is rapidly changing and we don’t have a plan to support people whose jobs are disappearing.”