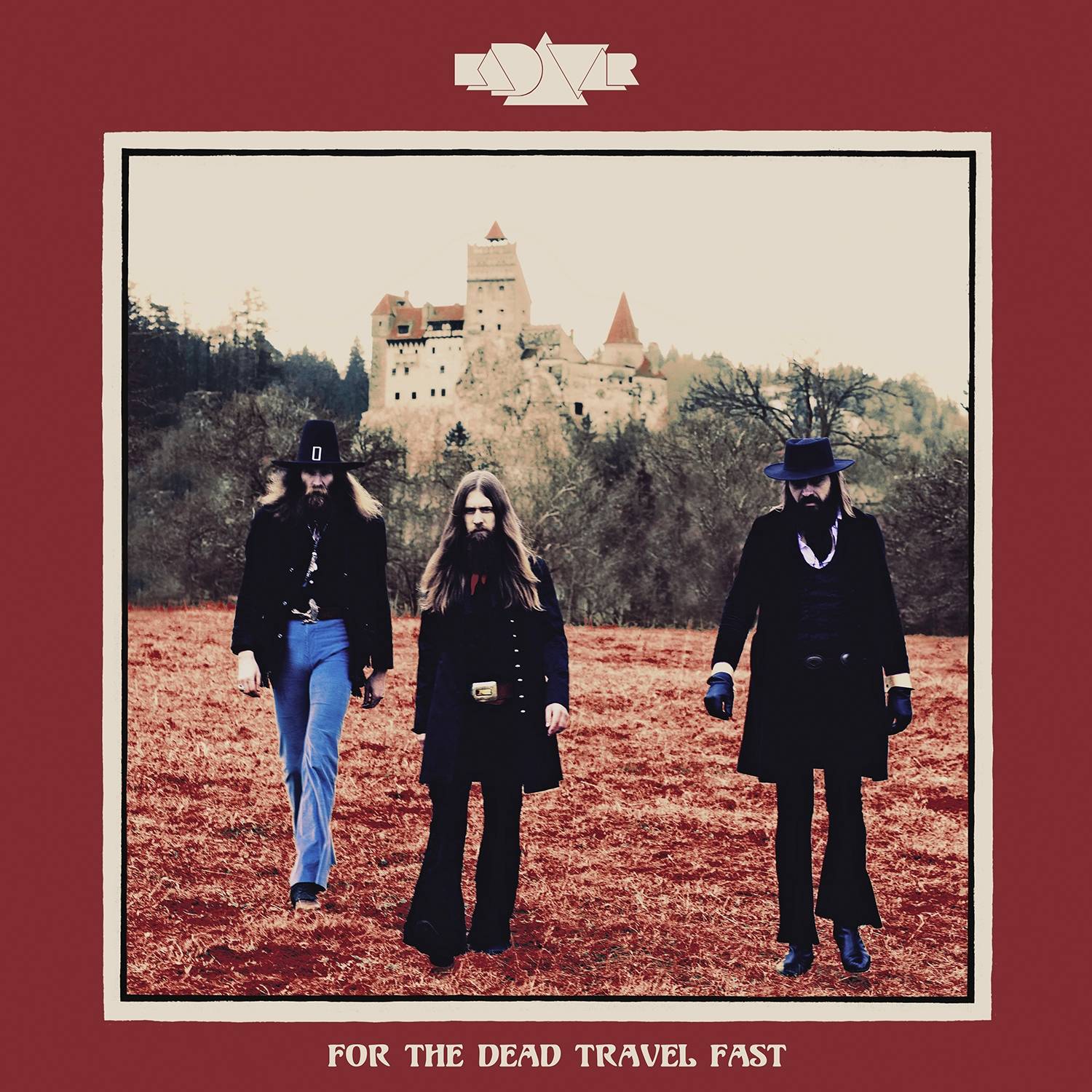 Germany’s Kadavar were at the forefront of the retro rock/occult rock boom a few years ago, bolstered by other big-name peers such as Witchcraft, Graveyard, and Horisont. Their mix of psychedelic stoner rock and sepia-tinged ‘70s hard rock has evolved from 2012’s self-titled debut, retaining all the core elements but exploring various areas of interest to the band as a whole. With For The Dead Travel Fast (pre-order/save here), they have reached a new level of artistry and creative injection, whilst almost returning to their roots.

Guitarist/vocalist Christoph “Lupus” Lindemann fell in love with the soundtrack to 1977’s Suspiria by prog masters Goblin whilst this album was in the formative stages, and after unsuccessfully attempting to sway the other two band members into making a complete synth record, decided to rather keep it in the rock spectrum but adding in eerie synths to punctuate the spectral hue that sticks to songs like day-old honey. And just to add to the dark vibes surrounding this new journey, they traveled to Transylvania to imbibe the mysterious vibes that permeate the vampiric country and set their experience to music (the photograph of the band on the album cover was even taken in front of Dracula’s supposed home, the Castle Bran – how awesome). In keeping with this theme (and this is a concept album for sure), the overall subject matter hearkens back to a little band from England called Black Sabbath with some songs warning of the danger of dark forces, and others inviting the listener to embrace them.

Check out the epic western video for “The Devil’s Master” here:

As mentioned, the music is a total throwback to ‘70s proto-metal with hallucinatory and uncanny swathes peppered throughout. The band, as always, are as tight as any of the classic power trios, locked into each other as if one person. The songs are longer than on previous Kadavar albums and the song structures are fascinating in that they don’t follow conventional form, an element that keeps you following every note to see where it will all end up. The choruses (oh, the choruses) are bang on the money, every single one an absolute winner from memorability to catchiness to finding yourself singing them loudly in the car on the way to work – this is the work of three guys that wanted to finally make their stamp on the music world, and I think they bloody well might. With the occult nature of the lyrics and the setting of everything dark and naughty, there is a genuine creepiness that I haven’t felt from the band before, felt big-time in chart-toppers such as “The Devil’s Master,” “Dancing With The Dead,” and the truly wonderful and downright spooky “Evil Forces.”

Man, I cannot explain how proud I am of how far this band has come in such a short time without selling out, diluting their sound, or giving a good goddamn about “the state of the music industry.” For The Dead Travel Fast is the Halloween record to top them all; music that will thrill and enthral even the darkest and most jaded music fan, and it’s bloody GLORIOUS.

Beware the “Children Of The Night” and their eerie sounds: