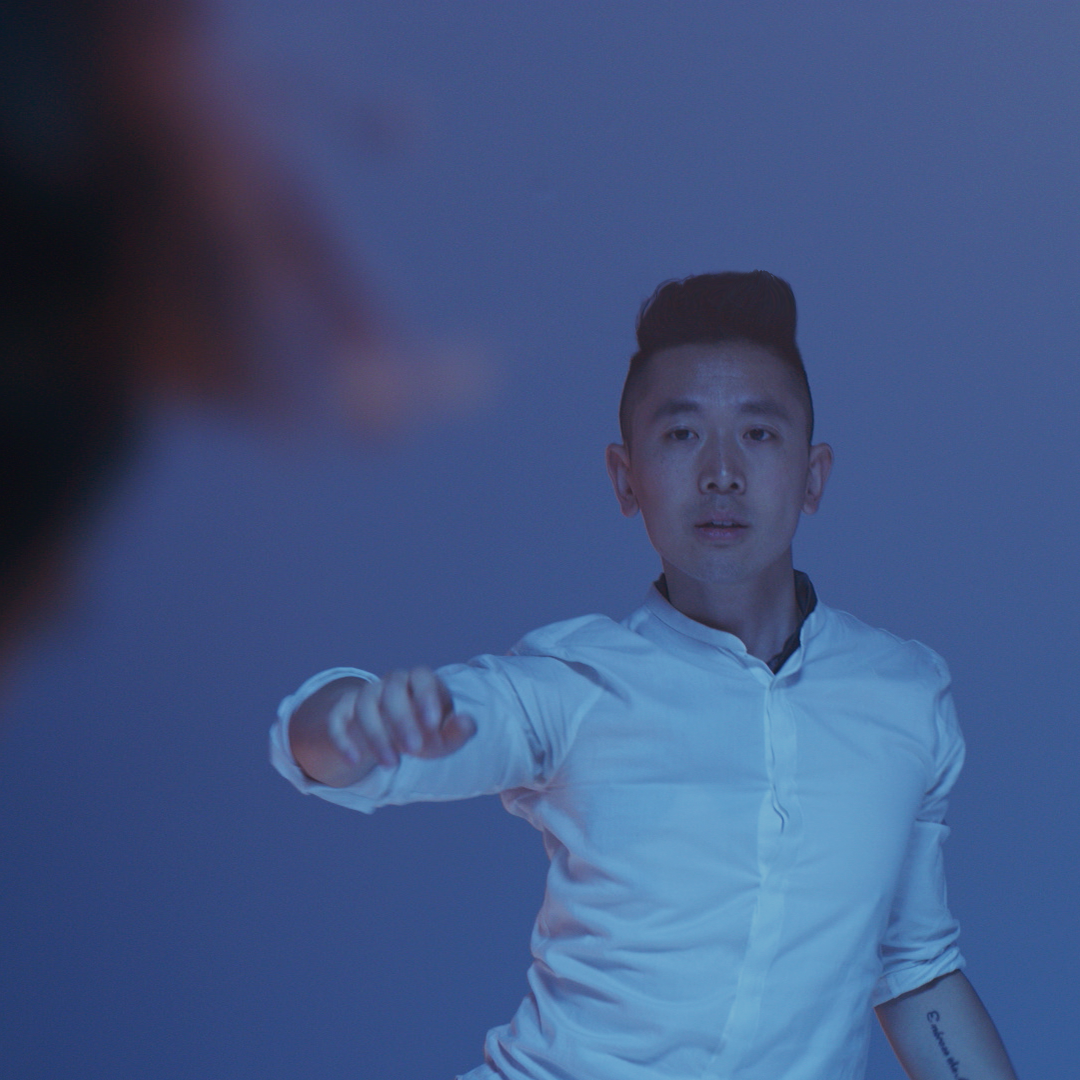 Jason & the Rex takes viewers on a trippy, musical ride with the visually-captivating music video for the debut single, “Bullets are Flying.” The video is set in a pale blue room where a young lady (Ashley Rose Nicholas), clad in a muted-brown leotard, and a young man (Jason Jiang), become entranced by distorted videos playing on stacked television sets. The video treatment seems to be indicative of the American psyche as it hints to a bystander mentality in response to critical issues, like gun-violence, and a mesmerization with media sensationalism. At the urging of the young woman, the two characters break into an electrifying, interpretive dance number as the socially-conscious track plays over visuals of them dancing intercut with other distorted footage. Could this dance be a symbolic plea for viewers to adopt a less-tolerant stance against gun violence? The hip-hop beats infuse the video with a funky, upbeat flavor whilst soft, whispering melodies lend to the overall somber mood of the piece.
“Whenever I hear about a mass shooting, I feel like I enter a purgatory space full of contradictions,” says Jason. “Whereas I’m painfully empathetic towards the victims, I also worry about my own hypocrisy when I demand change and wonder how much I contribute to the problem.” In “Bullets Are Flying”, the diverse instrumentation and mix of soundbite samples act as a soundtrack to Jason’s state of mind after the Parkland shooting. Describing his process: “I wanted to capture what I was experiencing at the time. I was listening to all this vibrant future funk and melancholy dream-pop. The sounds inspired me as an artist, but I was also inundated with all kinds of noise from every corner of the gun violence debate. I felt a mix of frustration, optimism, and empowerment from the survivors who started March For Our Lives.” Rather than take a hardline stance, Jason raps about the ambivalence of demanding drastic change in US gun culture, while personally enjoying the neo-con tendencies of action movies. He doesn’t deny the allure of pistol-wielding icons like Charles Bronson, who inspire a profoundly independent, vigilant style of justice and self-defense that permeates US gun culture. Though not stated explicitly, he does appear to direct his anger at the gun lobby, but he also confesses to the vanity intertwined with speaking out publicly, whether it’s releasing a song to gain fans, or sharing news articles and commentary to get likes and reposts, or displaying grief to show solidarity. Everyone is an actor to some extent. Where is the line between genuine care and social posturing? Does this line exist? And does it matter?
Connect with Jason & The Rex:
Instagram . Spotify .
Instagram . Spotify .
0