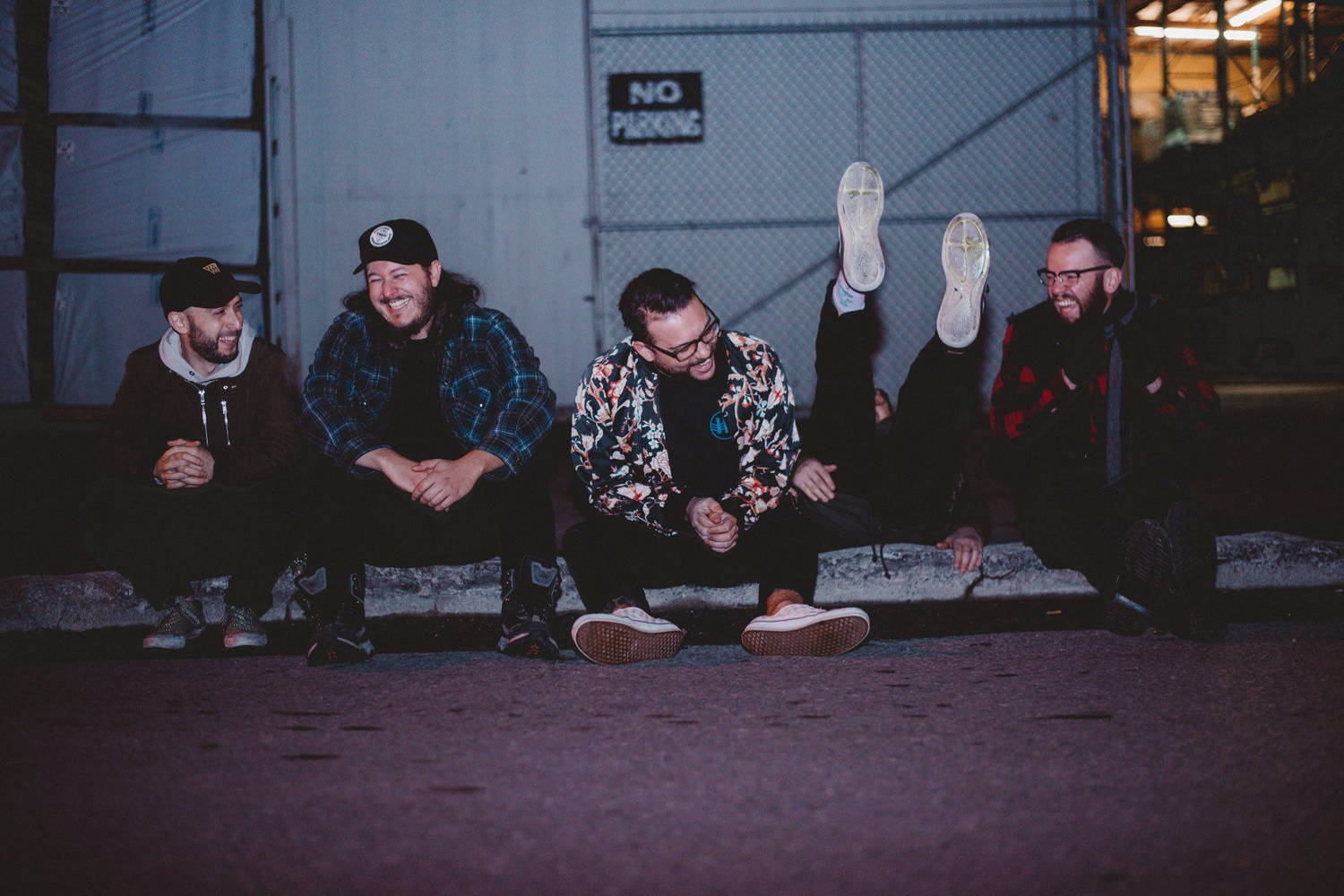 In Conversation with PEACEMAKER: The Band Discuss the ‘Relics’ EP, Their Beginnings, and Coming Up in Ontario

Toronto quintet Peacemaker recently released their newest single, “Relics,” and it’s an awesome listen. Drawing influences from the likes of 2000s post-hardcore (Circa Survive, Underoath) all the way to John Mayer and City and Colour, the band’s brand of melodic hardcore is one that hasn’t been on top in recent years, but one that remains both relecant and consistently good.

Already having released one EP in 2017’s Roots, the group formed from various acts in the Southern Ontario music scene.

“We had all played in bands before who had often played gigs together,” explains vocalist Jordy Hedderwick. “It was a bit serendipitous that we were all looking for bands at the same time. Neil and Brendan (formerly of On Burning Shores) had been jamming in another project that wasn’t working out when they got in touch with Jeremy (formerly of Uplift). I was one of a few vocalists in the mix for the role and I was also jamming with a few other projects at the time. When I signed on for good, we developed the tunes for the Roots EP. We had tried out a few bassists by the time we were ready for the studio but it was generally consensual that Mikey (formerly of Partycat) was the right choice. Once the lineup was solidified we hit the studio with Sam Guaiana to record the Roots EP. The recording process for that EP taught us a lot and we are still learning to be completely honest. Working smart is a bit of a motto for us so we are currently, meticulously working on new tunes, and exploring new ways to write and present as a band. In a sense, honing what Peacemaker is.”

Hailing from Southern Ontario, a scene that not only already boasts a long list of prominent bands, but one that is also still producing a whole slew of new acts deserving of attention, Peacemaker is right up there at the top of the pack, doing really cool things and making even cooler music.

“Southern Ontario has a lot going for it. It is a strangely large area to consider as a community and yet somehow it truly is. There is a base level of friendship and comradery that exists between artists and concert-goers based on this proximity alone. On top of that, the enthusiasm for local music is unrivalled. There are hard-working promoters like Kyle Wappler of Have Hope putting on fests like Hopefest, taking chances setting up shows for new Southern Ontario bands all over. These people are truly inspiring.”

And what about the scene as a whole; it’s birth and growth? Well, Hedderwick notes, “The scene in a larger sense exists on the internet these days. That’s where local shows get promoted. The internet being what it is, it exposes local scenes to each other, and there is an abundance of them. This is extremely valuable for Southern Ontario as it helps bands develop a following based on their association with other Southern Ontario bands. In this way, a band from anywhere in Southern Ontario can have successful runs across the province, without having to drive more than four hours in a day, and in most cases two.”

Having already dropped the “Lovers In A Dangerous Time” single earlier in the year, Peacemaker was both quick and eager to drop their second. This newest tune sees the guys improve upon their sound; they’re tighter, more focused, and working towards even higher quality overall. The song was produced by Sam Guaiana (Rarity, Silverstein) and tackles the concept of battling between being your best self and doing what you already know.

Check out the “suburban” looking artwork for the “Relics” single: 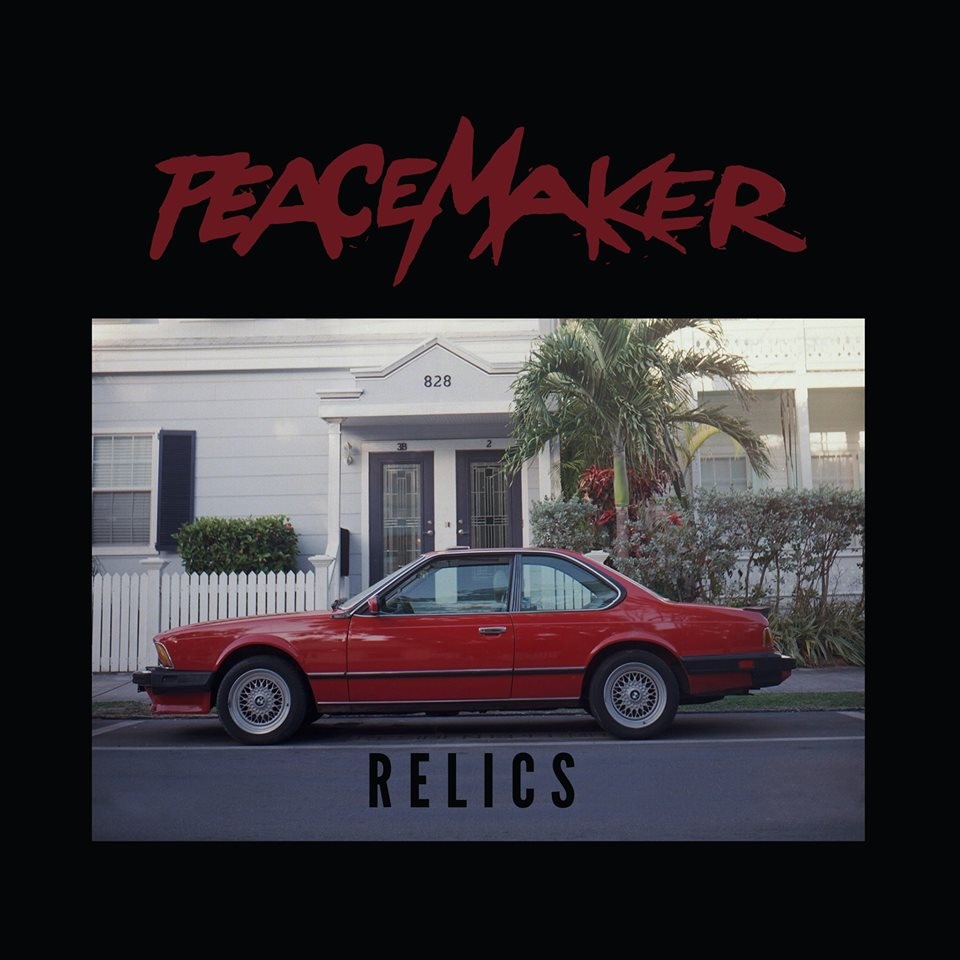 “All my lyrics for Peacemaker to date are autobiographical in a sense. I tend to choose an aspect of myself I’m working through (or dwelling on) and attach a metaphor to it. When I wrote ‘Relics,’ I had quit smoking weed. It’s a perfectly fine thing to do if it’s working for you, but simply put it was no longer working for me. The song is about the divide between wanting to work towards becoming my best self, and doing what I’ve always done because it’s easy. It’s also important to note that while we work towards becoming our best selves, we lose our grip sometimes. The metaphor I played with (loosely) is the Aquatic Ape Theory. It’s something I heard about a while back that I actually know very little about, but it struck me as an interesting concept worth exploring. It posits that because we are mammals with little fur or hair (like other aquatic mammals), having brains that require omega fatty acids (found abundantly in seafood), and a layer of subcutaneous fat (which other primates lack) pre-human ancestors were probably much more aquatic than we previously believed, inhabiting coastal environments. It goes on to hypothesize that we may share a common ancestor with dolphins (their fins have finger bones!). All of that being said, I believe the theory was largely and swiftly debunked.”

Speaking of the track’s creation and where it ended up, Hedderwick concludes, “The writing process was interesting for us. We had the song finished up and brought our producer Sam Guaiana in to fiddle with it. Sam is awesome to work with and really brought a valuable perspective to our tunes. On this one, however, we ended up going with an arrangement that very closely resembled our original version.”

Peacemaker has a whole lot in the works and much to look forward to but, for now, you can enjoy the new single “Relics.” Moreover, ensure you support them live at one (or more) of their frequent gigs around Southern Ontario.