It’s about time you ‘thank’ us for something! Ok, now that we have the stupid puns out of the way, time to get down to the real business at hand and that’s Leeds, UK-based noise rock band Thank. Thank is a product of the strong Leeds music scene from which they developed and the group is just about ready to drop their sophomore EP, Please, on October 11th, a joint-release between Buzzhowl Records and EXAG out of Belgium. This is the next chapter in the Thank history and follows their 2017 debut EP Sexghost Hellscape, a collection of songs that introduced the local scene to Thank and won them plenty of fans.

More defined than its predecessor, Please (buy/stream via Bandcamp) paid closer attention to the textual work in the writing and recording process which has created a more refined final product. Although only four tracks, Please is full of frenzied noisescapes and tight rhythms which make for songs that are easy to dance to. Not to be overlooked is the lyrical depth of Freddy Vinehill-Cliffe who touches on subjects as diverse as Catholic guilt, deaths in the family, his own personal experiences in therapy, sex, loyalty, and betrayal. That’s a lot of material and only someone with the talents of Vinehill-Cliffe could find a way to weave them all together over four frenzied songs.

The strong Leeds music scene we previously referenced, and which Thank are very much a part of, isn’t for just some random or coincidental reason. The power of the current scene can very much be, at least, partially attributed to a co-operative rehearsal and venue space called CHUNK. While CHUNK isn’t widely known outside of the local confines in which it exists, it’s one of the most innovative modern music avenues in the world. Essentially, bands and musical acts looking for exposure pay rent on the building directly so that they can share it as a creative space for creating music and connecting with fans, old and new. One of the most significant names to emerge from CHUNK thus far has been local three-piece Irk, Cattle and Slut Drop. CHUNK has become a pretty trendy spot for bands and fans of local Leeds music, and one of the greatest aspects of it is that it’s reminiscent of the times before the internet ruled the music industry and people just connected locally, in person, together rather thank virtually.

It’s time to “Think Less” and listen to Thank’s latest music video off of Please:

Of any acts that have emerged out of CHUNK, Thank are particularly thankful. Recently, the band helped arrange their own regular event called House Full of Garbage which brings together local fans of music for one big party that includes both bands and DJ sets. One of the more recent editions of House Full of Garbage was a show that Thank played along with Damn Teeth and Black Antlers. Today, in one of our most unique Guest Blogs yet, Thank lead singer Freddy Vinehill-Cliffe has joined us to offer readers and music fans an inside glimpse into the current underground noise rock/post-punk scene in Leeds, which is currently flourishing more than it has in some time. Make sure to check out Please upon its release on October 11th!

Thank’s Freddy Vinehill-Cliffe enlightens us on CHUNK and a House Full of Garbage:

– Howdy. Freddy from Thank, here. For those not in the know, CHUNK is a cooperatively run rehearsal space (and occasionally a makeshift venue) just outside the centre of Leeds. Over the past few years it has operated as a home base for the likes of Cattle and Come Thru, as well as having hosted performances from Dälek, Lady Leshurr and others. It’s also where I have written and rehearsed with Thank since we formed in January 2016.

House Full of Garbage is a semi-regular weird party which I organize alongside Fred M-G (we have similar names and it gets very confusing). The live acts tend to be some iteration of punk/dance crossover; we’ve previously hosted the likes of The South Yorkshire Mick Hucknall (Sheffield) and IDEAL (Glasgow) and our DJs can be categorized broadly as “obnoxious.” We play horrid mashups, donk remixes, mid-‘00s alt-rock bangers, and loads of Scooter. On Saturday the 13th of July, CHUNK played host to the third “official” HFOG (full-title: ‘HFOG 3: Dick & Donk in da Chunkalow’), featuring Thank and our mentors/sworn enemies/labelmates Damn Teeth. Here is a writeup of what happened.

The artwork for the band’s upcoming album, Thanks, is pretty rad: 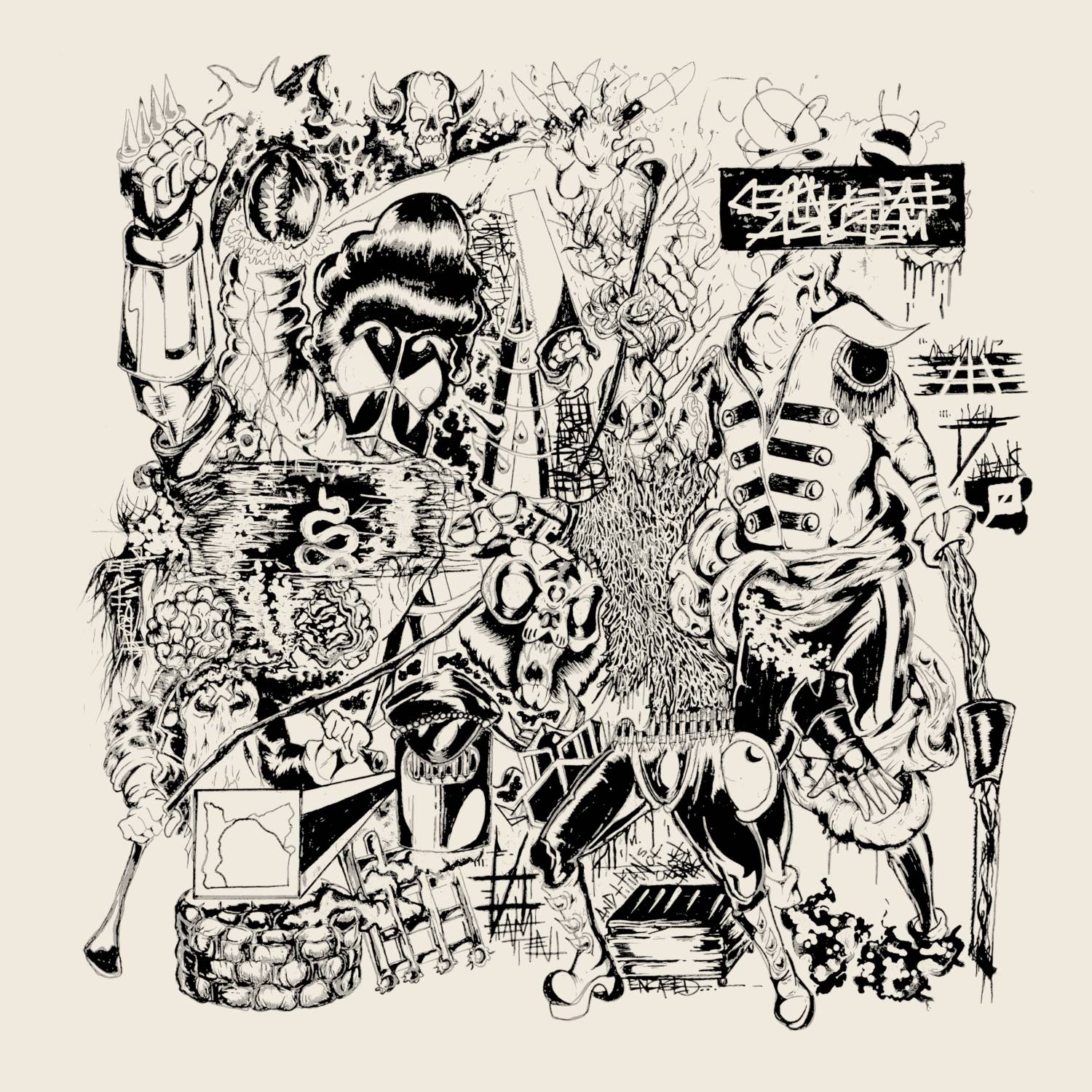 Just after lunch, Kelly (Beige Palace) cut my hair in our front garden so that I could look sharp for the gig. I am currently sporting a mullet. A small boy and his dad on their way past stopped and stared for a moment (rude tbh), and as they walked away I heard the dad asking, “Do you want your hair cut like that?” and his son squealing “Noooo!” This pretty much set the tone for the day. Subsequently, I lost the memory stick with all my best YouTube rips for our DJ set, I walked to Office Outlet to buy a new one only to find that they’ve closed down permanently, Damn Teeth’s car broke down just south of Edinburgh, I almost fell foul of neglecting to bring any ID to the off-license (seemingly rescued by the cashier’s realization that no one’s mum would allow them to go out wearing a matching all-over print bowling shirt and shorts, therefore I must be a genuine adult), and a can of Excelsior exploded all over the inside of my car. In spite of all that, everyone made it to CHUNK relatively unscathed. Even Cameron (Thank bass player), who turned up to soundcheck 45 minutes late because the rain prevented him from cycling (so far so good) and he decided… (wait for it) to walk instead (?????).

The opening band, Black Antlers, played an absolute rager of a set, and it was only their second ever gig! I was reminded simultaneously of Coil at their most danceable, and the Lydia Lunch/Clint Ruin collaborative EP Stinkfist. There were cables trailing everywhere. Please go and watch them if you can.

We’ve only played a handful of Thank shows within the past year, and this was our first since we released “Think Less.” We opened with a brand new song (a partial homage to Scooter’s “Jumping All Over The World”) called “Good Boy,” followed by “Punching Bag,” a relative oldie which we never play. Occasionally people ask me about that song, and my response is always that we don’t play it because it’s shit and boring. I would like to take this opportunity to publicly apologize to all those people, I was gravely mistaken and I can confirm that it is, in fact, good, actually. There were a handful of new faces down the front who seemed to know all the words (a giant compliment, and quite humbling!) alongside a few of the Thank oldheads, who really should have straightened themselves out and gotten a proper job by now if I’m being honest. This was one of my absolute favourite sets we’ve ever played.

Off of their debut EP Sexghost Hellscape, here is Thank’s music video for “Fragile Ego:”

Damn Teeth didn’t have time to soundcheck due to the aforementioned driving woes, so setup was a mad rush and they used Thank’s backline. By this point CHUNK was an absolute sweatbox, so we opened some windows during the changeover. Their set was incendiary and included the live debut (I think) of “The People vs. Real Men,” my favourite from their new record. About fifteen minutes in, it became apparent that the windows hadn’t been closed. There was a mad rush to get them all shut, but unfortunately, it was too late! We had some noise complaints and a couple of police officers turned up in a video surveillance van (???). Thankfully we managed to win them over with our dazzling good looks and charm. At least Damn Teeth can now lay claim to having played a gig so loud the police were called.

Things were starting to run somewhat behind, so we had to scrap the planned karaoke segment of the evening (I’m very sorry, especially to the person who requested “Dragostea Din Tei”) and headed straight to the DJs. There was definitely some Slipknot and “Heaven” by DJ Sammy was played at least twice. Fred’s Lenny Kravitz megamix was interrupted by a small crowd of people aggressively chanting for the “Cha Cha Slide.” At the end of the night, I was rugby tackled into the CHUNK kitchen sink. The next morning, Sarah (Crake) told me the night “felt just like the early days of CHUNK again.”

We took Damn Teeth out for a fry-up the next morning. The food was good but I got bitten by a dog (not hard) and the cafe (which will remain nameless) played almost exclusively ska-core. In one period of welcome respite from all the ska-core, they also played “Sweet Leaf” by Black Sabbath. I mentioned that a friend made me a mixtape over ten years ago featuring a spoof of the Butthole Surfers’ “Sweat Loaf” (which is, in turn, a spoof of “Sweet Leaf”), but that I had never been able to find it again. It took Stewart from Damn Teeth literally 30 seconds to find it (“Sweet Loafed” by Jad Fair and Daniel Johnston, for the intrigued), leaving me looking very stupid.

The next House Full of Garbage is yet to be announced, but keep your eyes peeled! In the meantime, the new Thank EP Please comes out on the 11th of October, and you can preorder it in the UK here and Europe here. 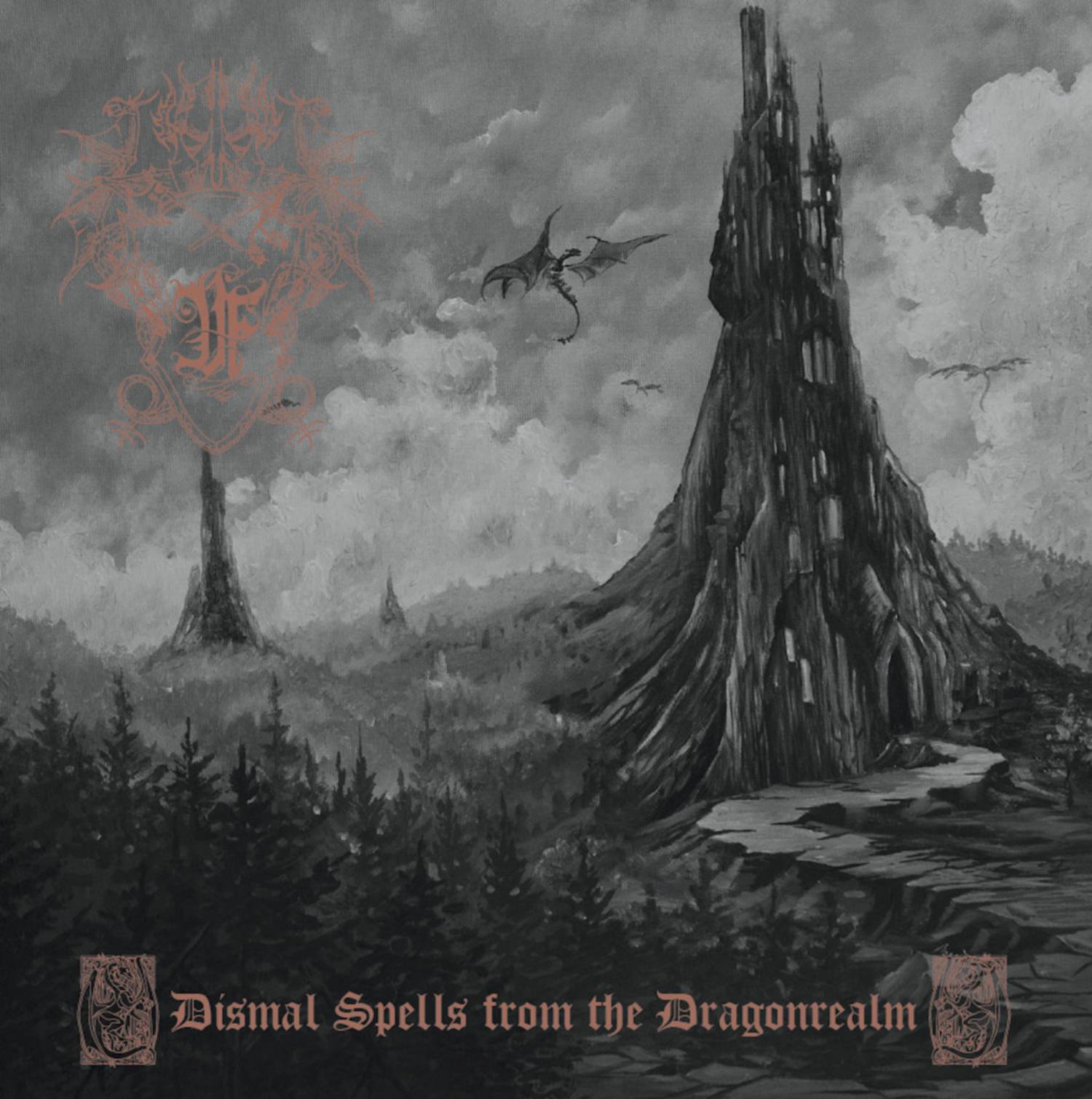 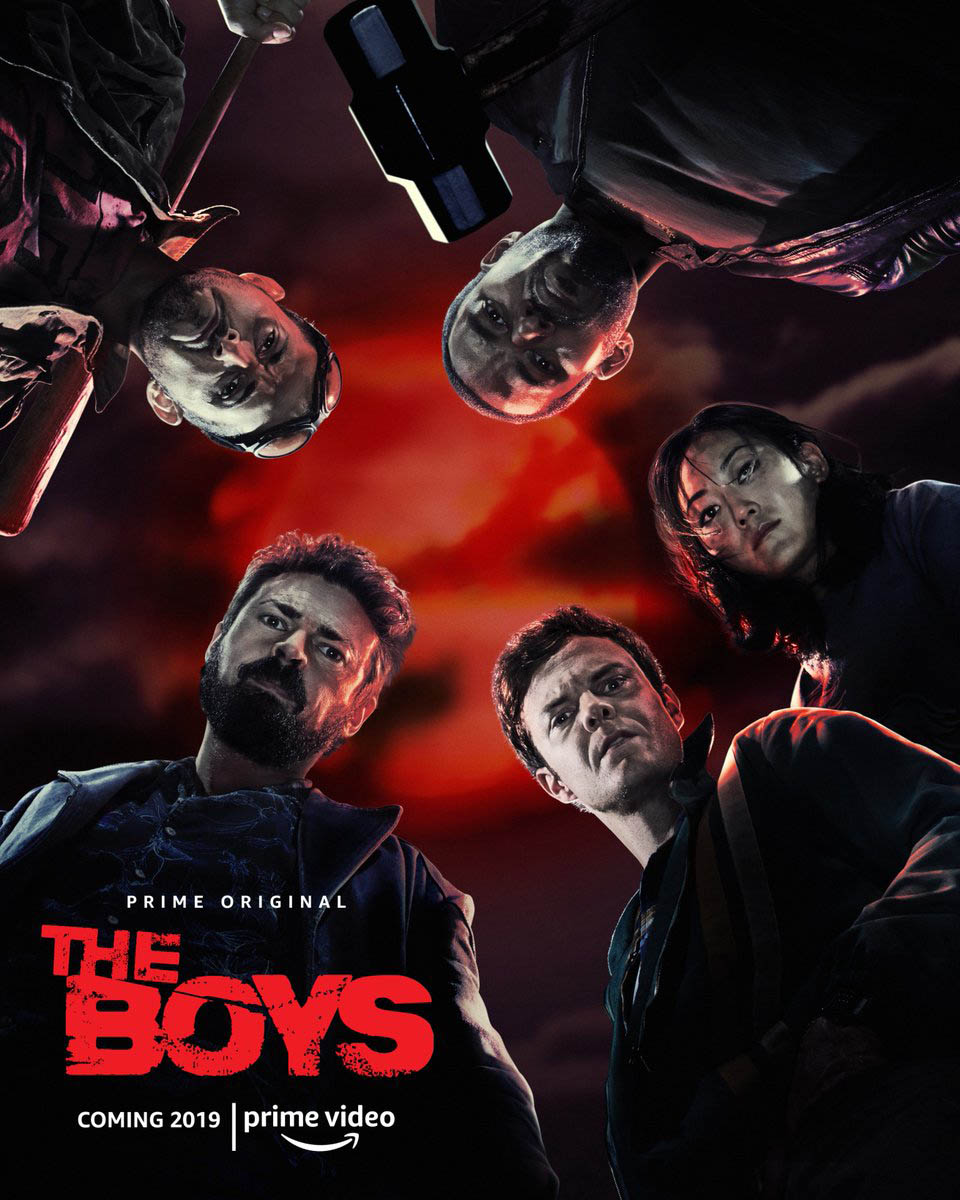