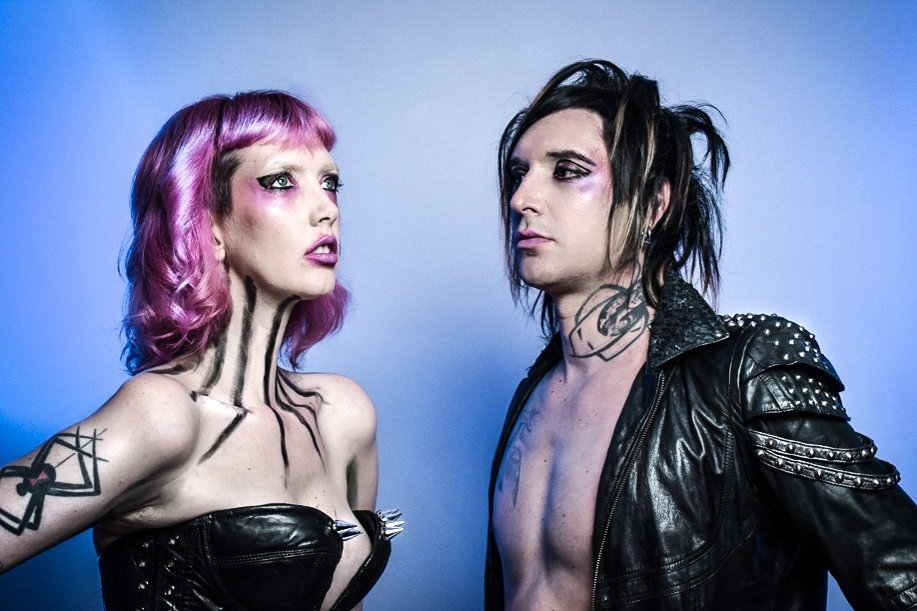 Today, dark electro grunge duo Corlyx have released their new music video for “Nightfalls,” and we’ve got the exclusive premiere for all you #musicheads! From the recently released new record, In2 The Skin, the song alludes to the deep, dark side lurking inside each and every one of us. Commenting on the track, singer and producer Caitlin Stokes stated, “‘Nightfalls’ is about giving yourself over to your carnal obsessions, no matter how dark they go.”

You probably get from that brief quote where Stokes, along with her musical cohort, producer and guitarist Brandon Ashley, are going with the new album In2 The Skin—stream/purchase the album on Bandcamp. Perhaps not a straight concept album, the songs do follow a conceptual pathway, with its ten tracks journeying into the flesh. Everything that can happen to our bodies, mentally, physically, emotionally, sexually, painfully and so on, we take in order to heal the mind and accept our own skin. It’s an interesting and thought-provoking point of view, to say the least.

With its beginnings in Los Angeles going back to 2015, Corlyx formed after Stoke and Ashley began writing songs together out of their love of 1990’s industrial rock and grunge, as well as some modern electronica. What came out of these early writing sessions was the makings of their debut EP, 2016’s One of Us, which was then followed by the two packing up and moving all the way to Berlin, Germany where they may feel more at home within the genre their music was heading down. It was here where Music 2F2, Corlyx’s debut full-length was written and subsequently released in February of 2017 to a glowing response.

Released to coincide with the street date of In2 The Skin, watching Corlyx’s music video for “Twist Like An Animal:”

Proving that they really seem to enjoy packing up and moving, the pair then took their operations to the UK to start work on their sophomore album which became In2 The Skin. The move was necessary though, as it assisted them in developing the dynamics of their live performances, as well as providing them proximity to many other important cities with strong music scenes, such as Brighton and also including Berlin.

Through dedication and hard work, Corlyx has created a darkly intense live show that stands up proudly to the stage show put on by many current popular European electronic rock groups. With a new album just released, the duo is already contemplating their next release with early plans to make it even darker and heavier than In2 The Skin or anything currently in the pair’s catalogue. As they close out 2019, Corlyx has momentum on their side and lots of new tricks up their dark and heavy sleeves.

Check out the eye-catching and somewhat NSFW cover art for In2 The Skin: 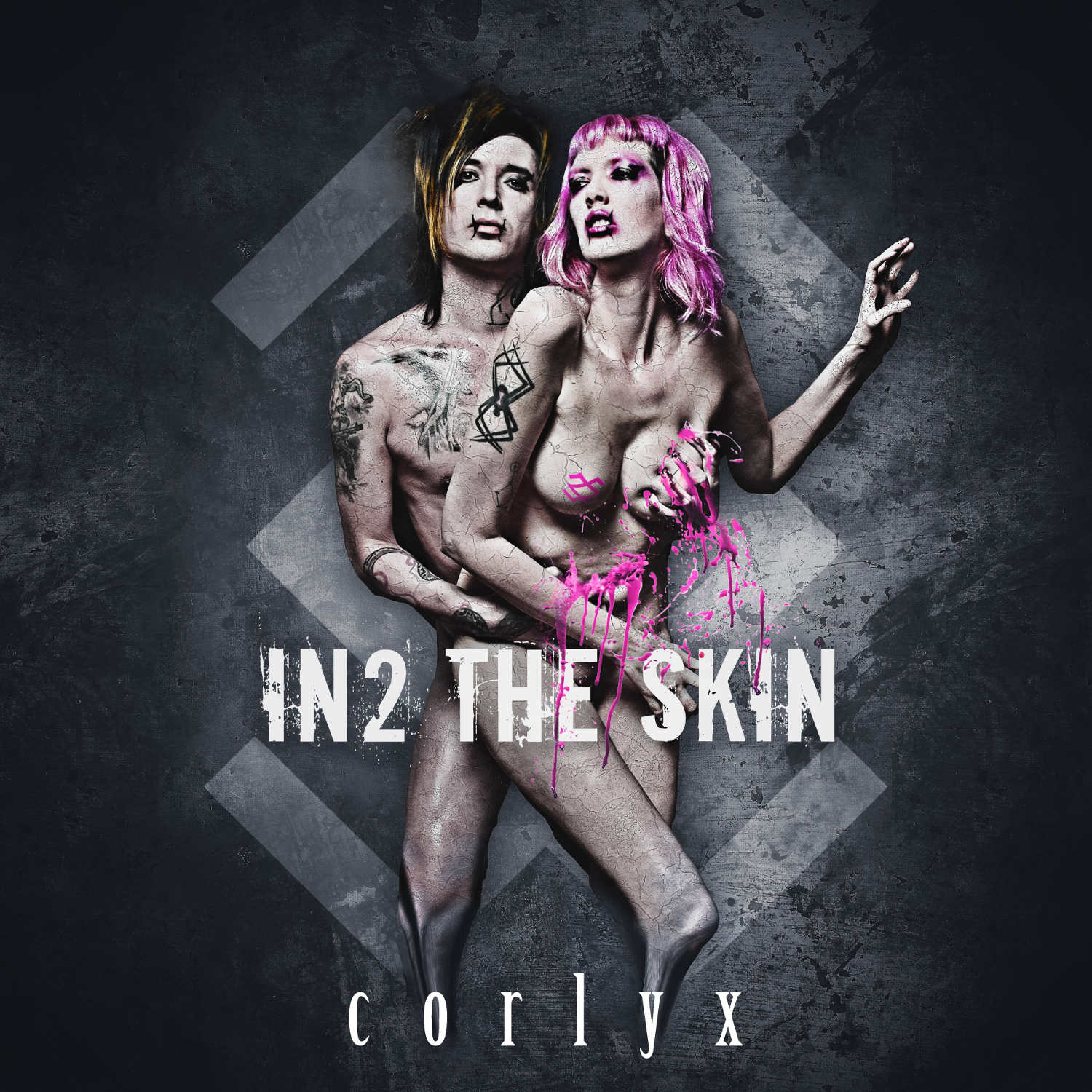