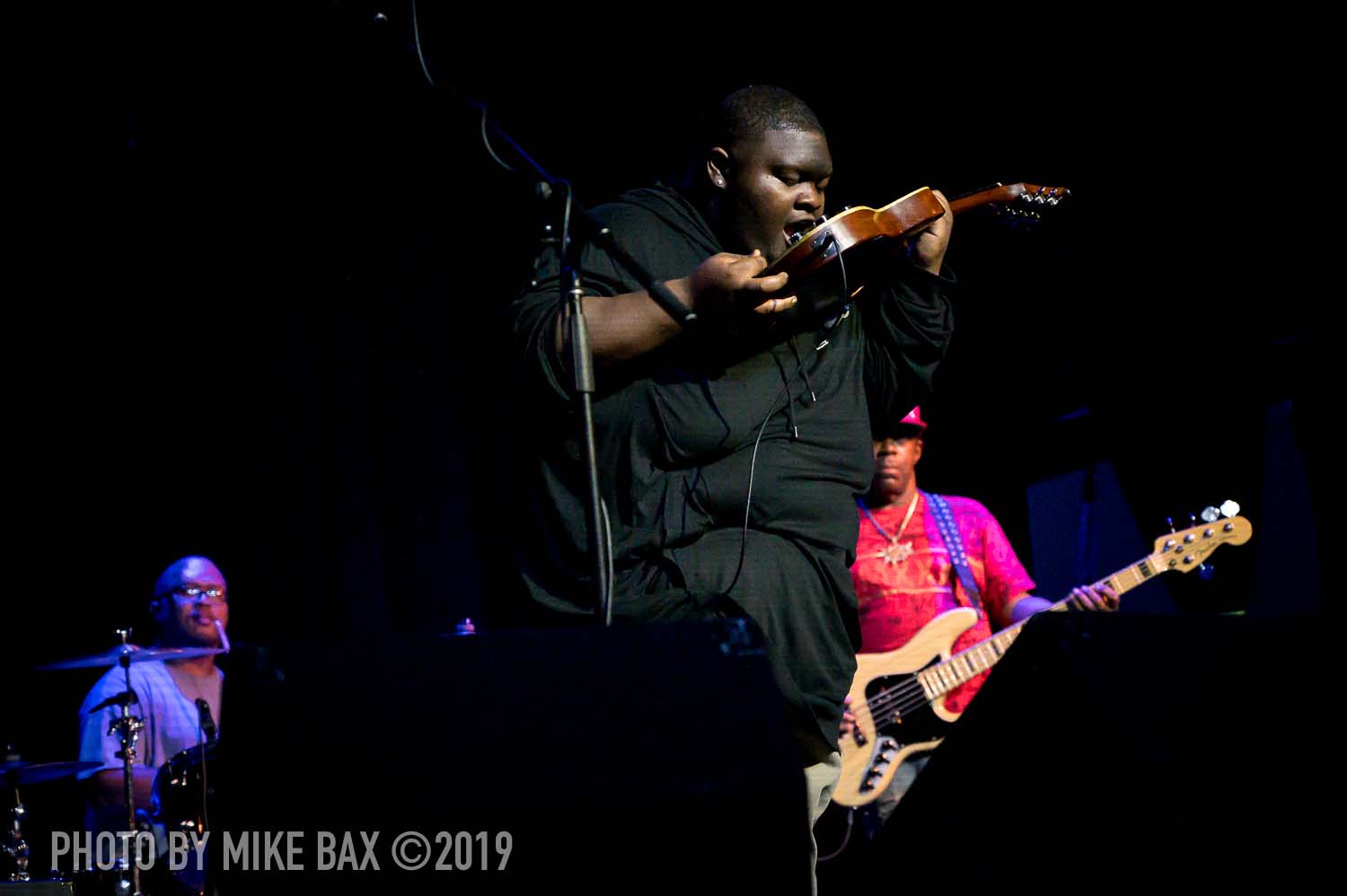 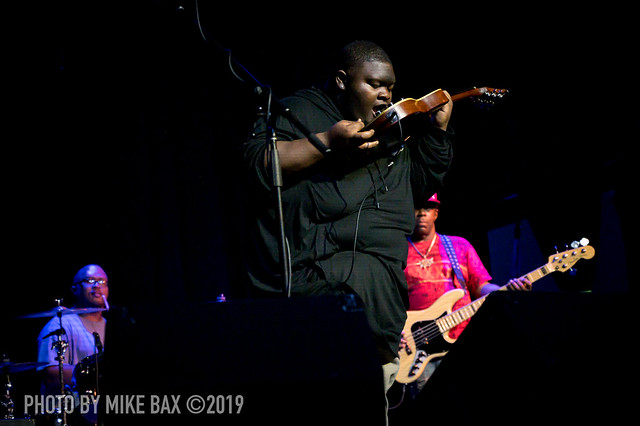 “Is Christone ‘Kingfish’ Ingram the future of the blues? The blues savior is one of the most exciting young guitarists in years, with a sound that encompasses B.B. King, Jimi Hendrix & Prince.” –Rolling Stone Magazine

I can’t say if Christone “Kingfish” Ingram is the future of blues or not. I think it’s a bit silly to push the prospect of a genre so rich with fantastic talent and history onto the shoulders of a 20-year-old man.

What I do know is this: when I saw Kingfish performing on the second season of the Marvel NetFlix series Luke Cage, I went through the end credits to find out who he was. Then I searched out some of his material online. His ability with the guitar has sparked the same excitement that musicians like Stevie Ray Vaughn and Jeff Healey did for me some 30 years ago. He’s damn talented, and that’s an easily proven fact; Some of his fan-shot videos have pushed into the millions of views on YouTube and other video formats.

He’s shared stages with Buddy Guy, Tedeschi Trucks Band, Robert Randolph, Guitar Shorty, Eric Gales, and many others. He has befriended rock stars from Nikki Sixx to Dave Grohl. His 2019 self-titled debut album (on Alligator Records) is fantastic, showcasing a talented songwriter/guitarist capable of knocking it out of the park right from the onset.

This evening’s performance in Uxbridge was Ingram’s first Ontario show. The band was tinkering about onstage with their gear in the minutes leading up to the 8:00 pm start-time. Once on stage, Ingram apologized, stating that they had intended to be in town earlier. Either his bassist or guitarist had forgotten their visa, and they had to double back to pick it up. Subsequently, this made their arrival at the venue later than they’d wanted.

Ingram performed two sets of material, each of them 45 minutes in length, separated by a 30-minute interlude. There was no opening band. They played a number of songs from the Kingfish debut “Before I’m Old,” “It Ain’t Right,” “Love Ain’t My Favorite Word,” “Hard Times,” and “Been Here Before,” along with “The Thrill is Gone” (Roy Hawkins) and “I Put A Spell On You” (Screamin’ Jay Hawkins), “Catfish Blues” (Muddy Waters) and encore “Hey Joe” (The Leaves). Each of these songs featured the type of free form guitar solos that only a blues-master could produce. Ingram walked off stage and into the crowd to perform numerous times throughout his set. After the performance, he took a seat behind his merchandise area and met some of his fans.

This show was utterly incredible. I can’t remember the last time I left a concert with my mind as blown as it was watching Christone perform this evening. Is he indeed the future of the blues music? I can’t say for sure. I sure HOPE he is; He’s one talented dude. That musical future would be a sweet one indeed, filled with the kind of magical guitar solos only a select few players can muster up.

And as a closing note, I felt it necessary to admit that this was a really dimly lit show. My apologies for my noisy photographs…

Here is a live video of Ingram performing “The Thrill is Gone” on this very evening at the Uxbridge Music Hall:

Ingram’s debut album Kingfish was released on May 17th, via Alligator Records: 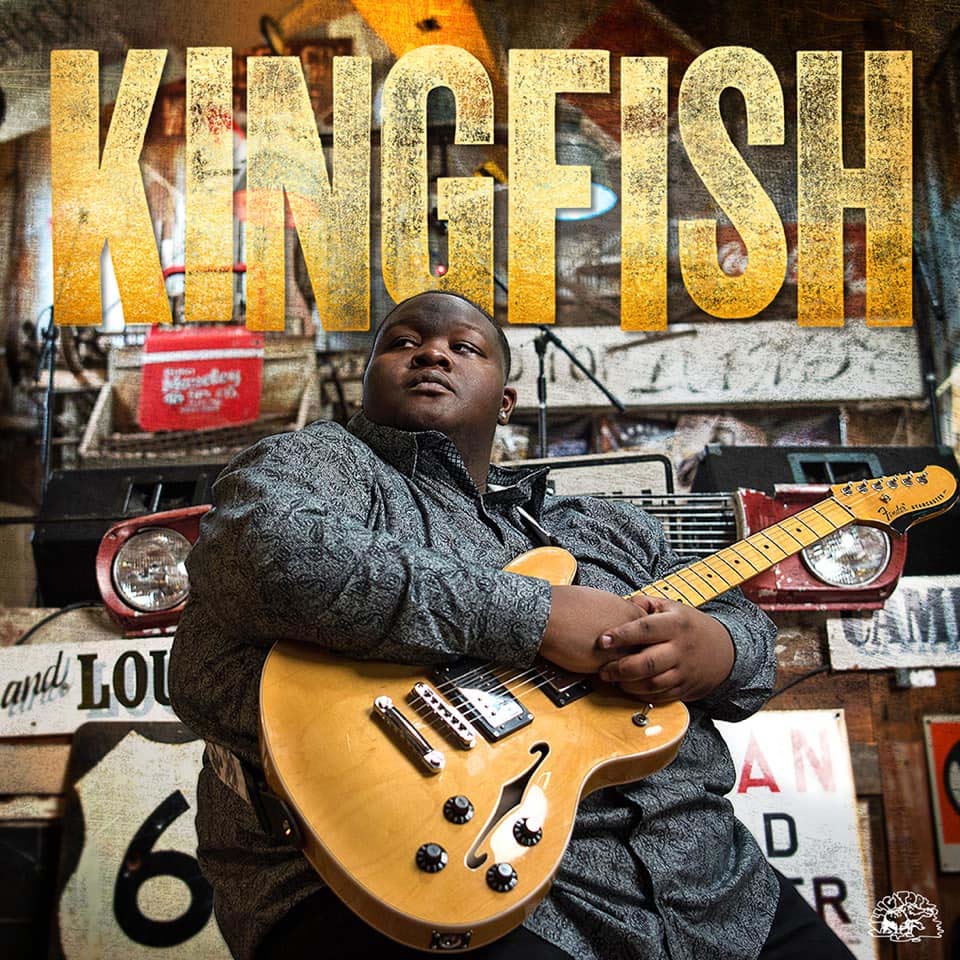