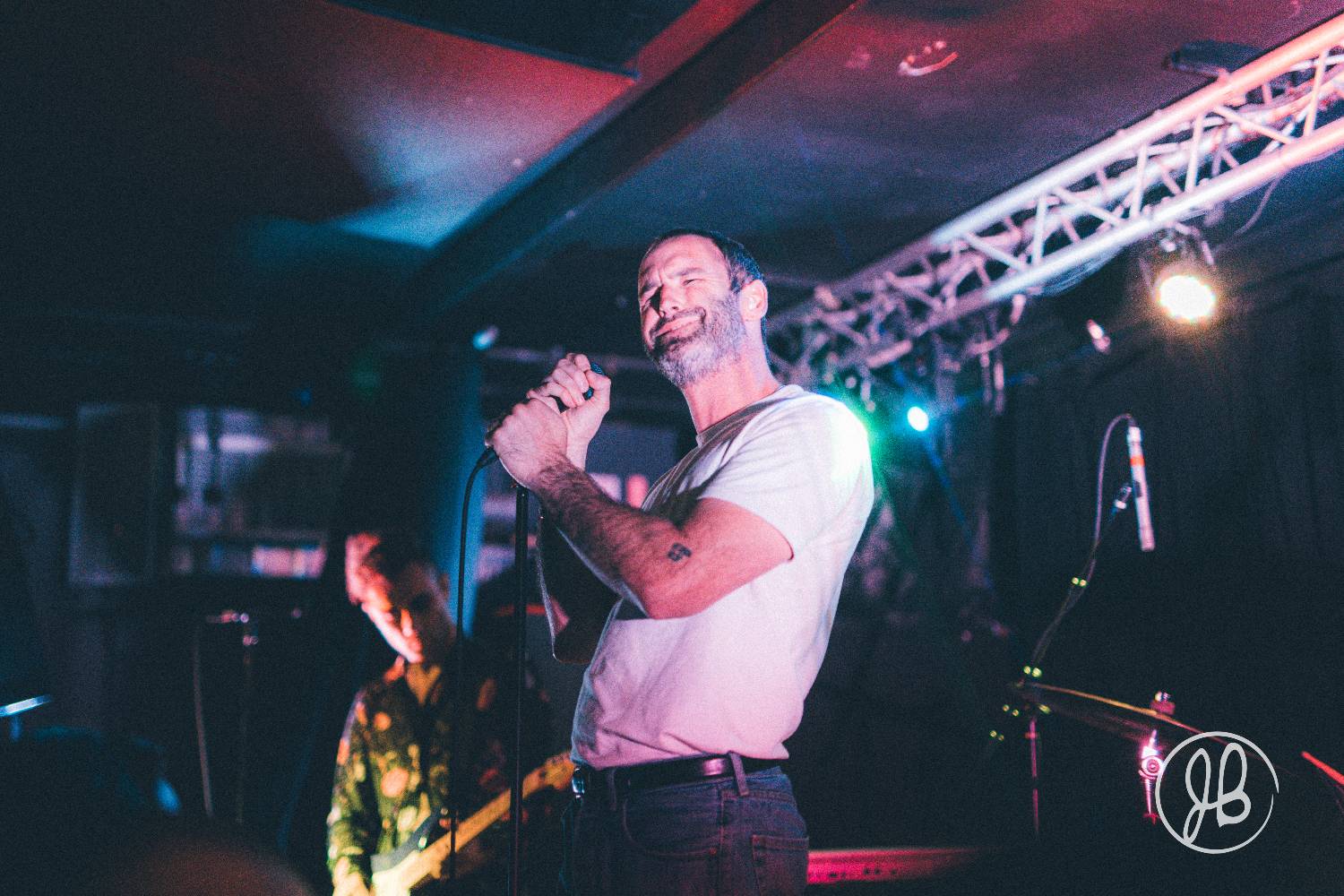 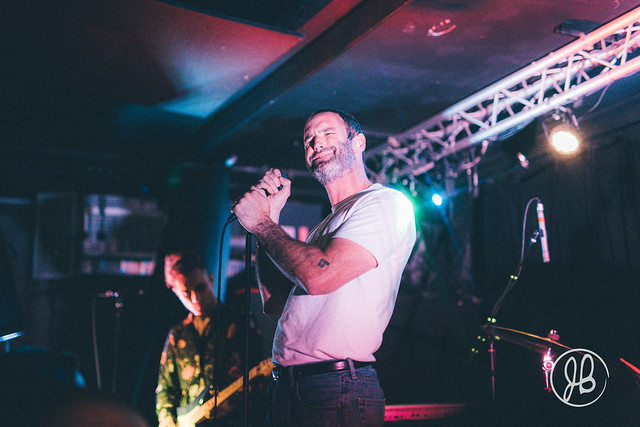 Despite a lack of appearances in the last few years, Ceremony broke their radio silence late last month with the release of a brand new album called, In The Spirit World Now. Throughout the writing and recording process, the band spent time in different parts of the country and yet still managed to produce their most musically mature and lyrically complex album to date. Naturally, they knew fans would be devastated if they went on to release an album without a headlining tour to support it; thus, we got to see Ceremony play their first Connecticut show in years at The Space Ballroom in Hamden.

Ned Russin’s (ex-Title Fight) current musical endeavor Glitterer opened up the show with an enthusiastic solo set. Though the room was still fairly empty, Russin gave an eloquent and passionate performance with songs from his latest full-length release, Looking Through The Shades (2019). His songs are short, sweet, and easy to vibe with, though their energy would likely translate better live with a full band. Perhaps on a future tour?

Released in the spring, watch the recently-released video from Glitterer for “Destiny” off Looking Through The Shades:

Salt Lake City’s ethereal four-piece Choir Boy followed up and turned the venue into the dreamiest ‘80s rock concert. Halfway through the set, the band had asked for the venue’s front lights to be shut off, leaving the room in a deep red haze that felt so fitting for their aesthetic. Frontman and multi-instrumentalist Adam Klopp had the entire crowd in a daze with that flawless falsetto and impeccable vibrato, and their twinkling synth-pop songs made for the perfect pregame to Ceremony’s current indie sound.

The band, the myth, the legend, Ceremony took the stage showcasing their new full-length with “Presaging The End” and title track “In the Spirit World Now” as their opening statement. There were certainly enthusiastic exclamations from fans when Glitterer (Ned Russin) stepped out on bass (we assume they miss Title Fight just as much as we do), but this excitement intensified and radiated throughout once Ceremony opened the can of worms to their older, hardcore discography. From the first downbeat of “Hysteria,” someone had already scaled the stage and dove headfirst into the crowd. Crowd surfers floated in the air, fans were ripping mic stands from the stage, and the center of the crowd opened up into a massive push pit; dare we say, the energy did a full 360.

Check out the fun, dancy new music video from Ceremony for “Turn Away The Bad Thing:”

Lead guitarist Anthony Anzaldo constantly found his way to the edge of the stage, shredding his riffs over the fans as they piled on top of one another to sing face-to-face with him. On the other end of the stage, frontman Ross Farrar was handing off the center mic, watching the fans swallow it up, and bathing in their harmonic choir voices. Even when the band had returned back to their more recent, mellow songs, the crowd had kept this pace for the rest of the night. With both their incredibly engaging live show and the efforts portrayed on In The Spirit World Now, we seriously commend Ceremony on their experimental mentality and successful versatility across all of their records. We are also begging for them to never let us wait this long for new music or a headline tour again. The music scene is simply a better place with them actively involved.

Ceremony is currently finishing up their U.S. headliner, with support from Glitterer for the remaining dates. The band also has plans to return to Europe this November.

Released on August 23rd through Relapse Records, check out the artwork for In The Spirit World Now: 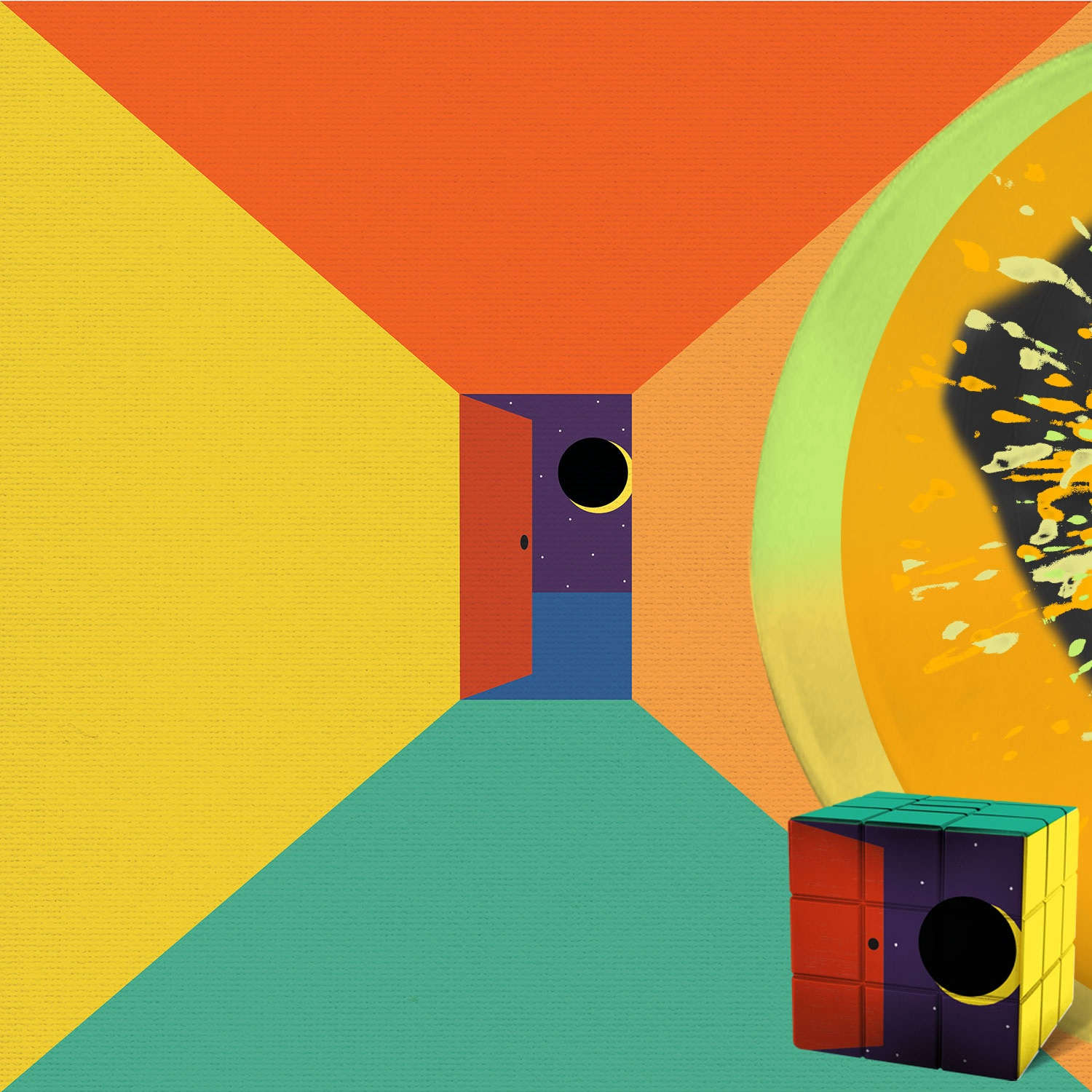