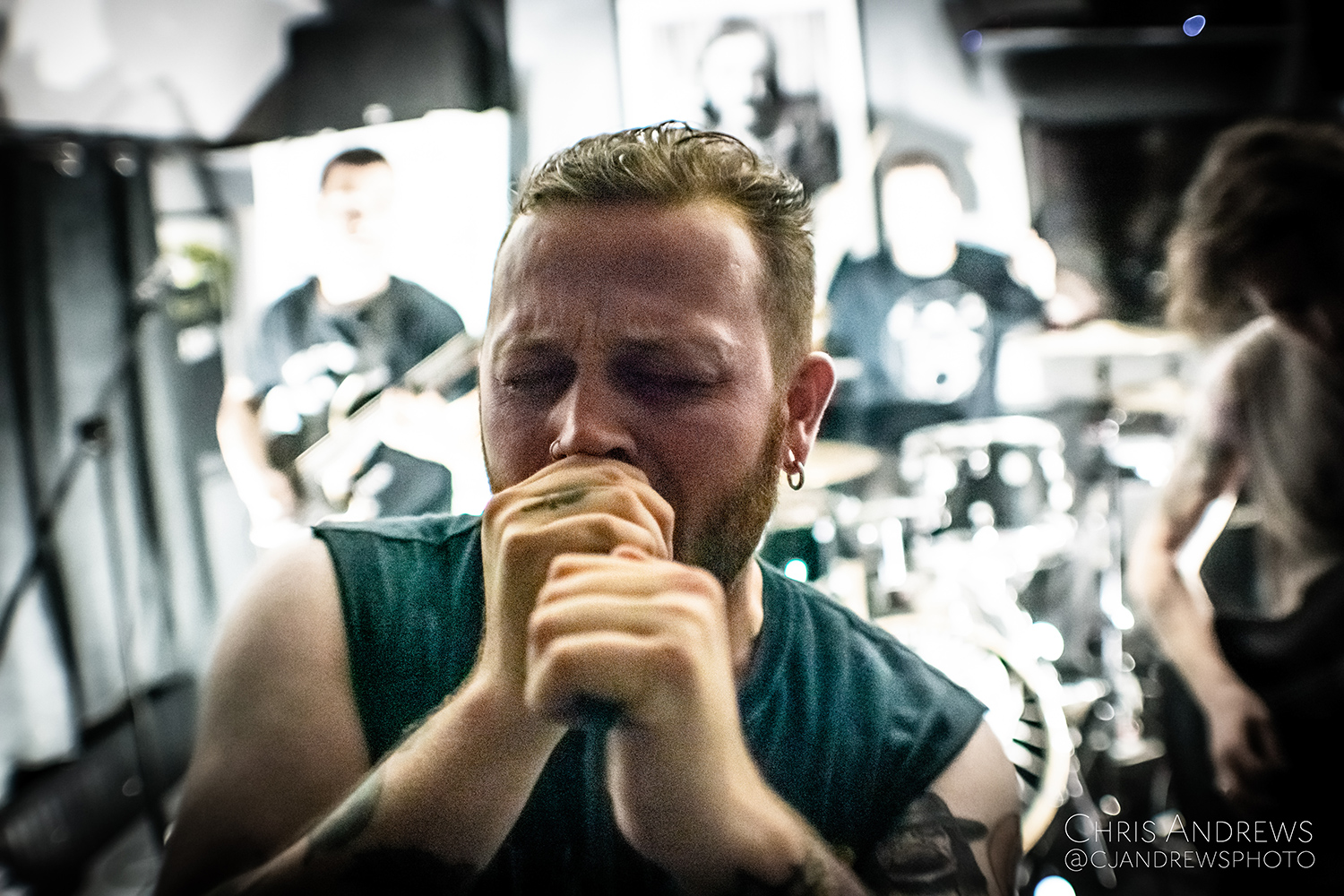 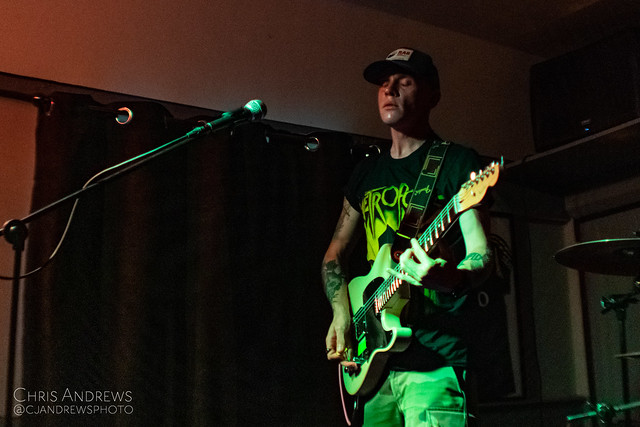 Upstairs in Brighton’s vegan rock pub The Pipeline lays a tiny room which would be (and is at points of the evening) cramped with three dozen people, with walls covered with photos of music royalty such as the great Lemmy and Kiss. In this room an entirely Sussex lineup put on an event culminating in the local post-rock misery of Callista, visiting various stations on the pipeline of rock on its way there.

Relative newcomers Flote Sulu are in the process of preparing demos currently, not that you would know it by the smooth way they handled a mid-set catastrophic pedalboard failure. Opening the show as a primarily instrumental band, the occasional vocal adds to their solid sludge grooves, with some seriously meaty riffing on display when settling into their rhythm. One to watch on the come-up for sure.

After that impressive opener comes Kesagake, a System Of A Down-esque metal band in both their attitude to music and their proclivity for insanity. Their portion of the show marked an expansion of the band into the room, at times all the way to being stood on the benches at the back (wireless guitar systems are fantastic in small venues), keeping the compact crowd on their feet with a particularly fleet-footed guitarist throwing himself around any spare square foot of space. Their show culminated with the disembowelling of a cuddly bear, complete with throwing cuddly intestines back and forth with the audience, leaving themselves and all in attendance breathless and gobsmacked.

The incomprehensible video for “A Victim of Circumstance” barely captures 10% of the madness of Kesagake’s show:

Following that cavalcade of chaos, Dead Letter produce some sort of wizardry in their solo guitarist’s huge pedal board, creating a planet-sized sound from just one axe. Sounding like an ironclad Queens Of The Stone Age crossed with the ballsier ends of southern rockers Clutch, their brand of stoner grunge punches hard in the gut with its fullness of sound, and keeps the audience robustly headbanging along. Guitarist and vocalist Seb MacGuire speaks for the whole room when stating “I am 100% sweat” towards the end of their set, and the crowd tonight is fully warmed up.

I have a confession to make. I’ve never listened to Callista before, but their reputation on the local scene precedes them and is the cause of tonight’s attendance. It’s a surprise therefore that when they start up that they’re not just good, they’re really fucking good – talking goosebumps and hairs on the back of your neck standing up good.

Blending post-rock with hardcore, the band make accomplished use of backing tracks and tricks such as foot-operated light switches to put on a performance which feels both incredibly intimate and grandiose in scale, making the shoebox-sized space in which they’re playing come off like a full-sized venue show. Vocalist Scott Dunstone pours his heart into every line, backed ably on cleans by David Lovejoy, and there’s genuine feeling conveyed in both their lyrics and the music, with its multi-layered sound achieved by soaring guitars combining with backing strings and piano.

Leaving the audience asking for more, Callista’s performance is consummate, hard-hitting and unforgettable, the hallmarks of an experienced touring band rather than one whose reputation is currently undeservedly not as large as it should be. With performances like that, I find it hard to believe anyone who witnesses them live could fail to fall in love with their music, and here’s hoping that many more get to do so very soon indeed.

Check out the emotive video for “Dear You” by Callista for a taste of their music, but aim to see them live ASAP for the full experience: