We’re about to get you even more hellbent on Hellbent, the Toronto/Hamilton, Ontario-based hardcore punk act which we’ve already featured a few times before. With loads of momentum headed into the fall, including Dead Off The Floor, their just-released 7-inch via Pink Lemonade Records (stream/order your own copy here), these dudes will continue to crush local clubs and DIY spaces across Canada in the coming weeks.

Over the last couple of years, the applause for Hellbent’s heavy and grimy sound has only grown; they were recently recognized by well-established Canadian punk rockers PUP when they were named one of the finalists for the group’s “Free At Last” cover contest. From there, the recognition only increased as Hellbent was offered the opportunity to play to 2,000 fans at PUP’s last Toronto show.

Bottom line, this is a bitchin’ band deserving of your time. That said, like so many other rad rock musicians, the members of Hellbent are no strangers to tattoos, like lead singer Phil Paxton. We spoke to Paxton about his history getting inked, including why actor Keanu Reeves would potentially be his most prominent tattoo. (Check out all of the group’s past releases on Bandcamp.)

Prepare to be bludgeoned by Hellbent’s new single and music video for “King:”

Phil Paxton: I only got my first tattoo about ten years ago. Two very close friends of mine had passed away and a large group of us got the same tattoo. A diamond with the words ‘shine on’ in cursive underneath it. I got both ‘shine on’ and ‘stay strong’ on my wrists.

Paxton: The only other tattoo that has meaning is my chest. I have two purple roses for my fiancée and a banner that reads ‘peacetown’ which means my last name, Paxton. My sister has a similar matching tattoo. After that, though I would just walk in and let my friend tattoo whatever he felt like doing that day. I figured since I already got my meaningful tattoos that the rest didn’t need much meaning. I have both the ‘Duff’ can and ‘Slurm’ can from The Simpsons and Futurama tattooed on me for god’s sake.

Paxton: I would often visit my good friend and birthday mate Daryl Hart at Golden Horseshoe in St. Catharines. He’s since moved out east and I haven’t managed to get anything new since he’s left.

Check out our exclusive shots of Phil’s herein discussed ink: 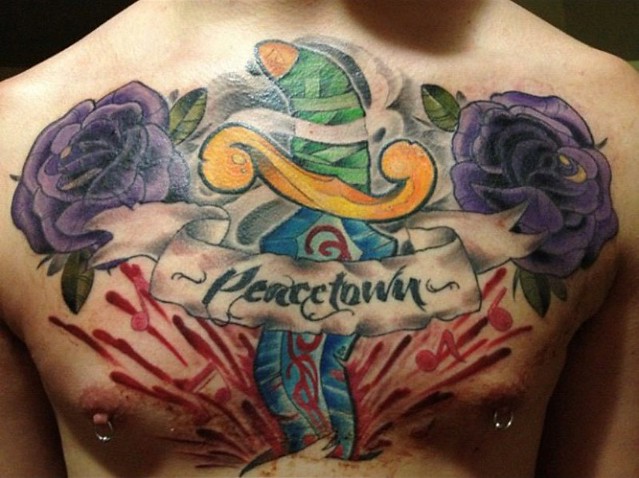 Paxton: Nothing in particular that I have in mind. I would like to get something massive on my stomach. Perhaps start filling up my left arm. I know I definitely want to get something that represents my band’s seeing as they’ve had such a large impact on my life.

Paxton: Given my history of poor decisions you would think that I would have one of these but I’ve been fortunate enough that the drunken tattoo gods haven’t blessed me yet. But there’s always still time!

Paxton: I have this really sketchy cat done on my ankle that my friend tattooed on me. She was just starting out so she needed some skin. I don’t hate the tattoo, I more so enjoy the story behind it. But it’s definitely not a good tattoo. I also have had a cover-up tattoo done on my chest. I asked for some roses and a banner and they came out smaller than I anticipated. I then just got the same roses done bigger over top.

Check out the, um, original artwork for Dead Off The Floor: 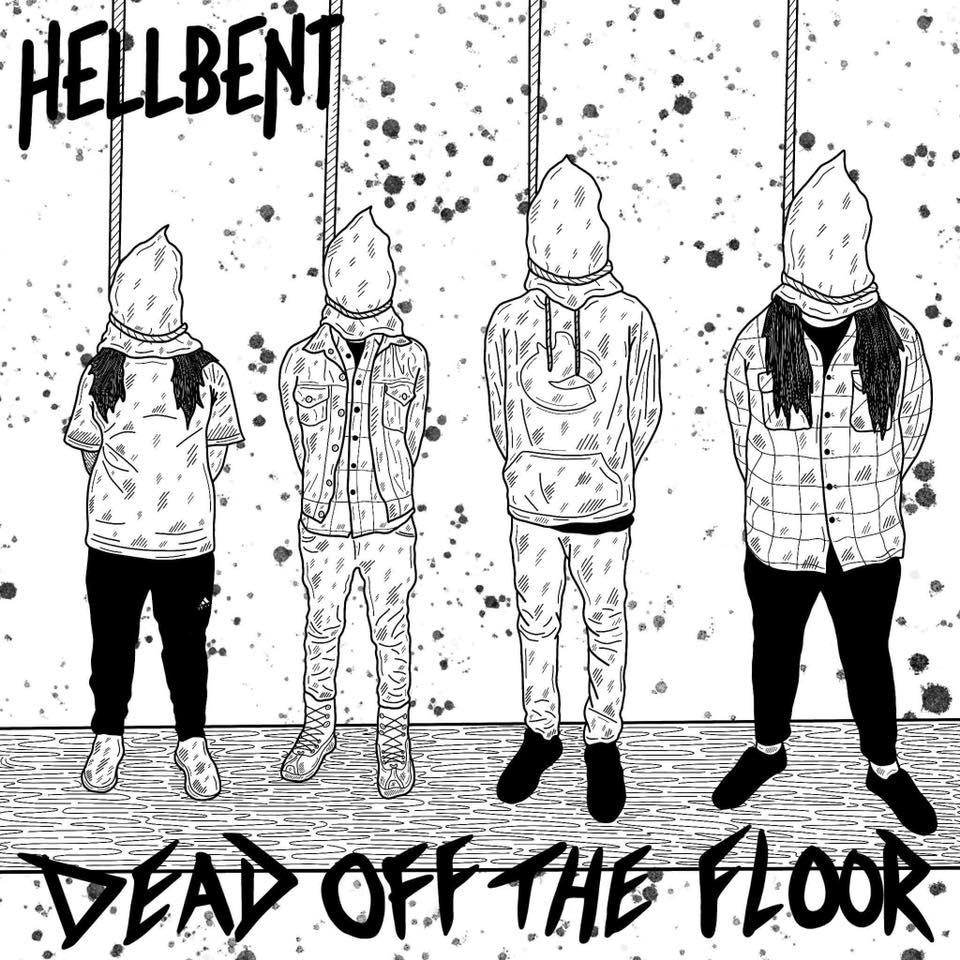 Paxton: I have had a cover-up tattoo done on my chest. I asked for some roses and a banner and they came out smaller than I anticipated. I then just got the same roses done bigger over top so that it filled out my chest a little more.

Paxton: Nothing like that. But I will say that I hate the feeling of leg tattoos over anything else I’ve ever gotten done. The chest wasn’t a walk in the park either, but I kind of expected that walking into it.

Paxton: Keanu Reeves, because who on earth wouldn’t wanna be John Wick, Neo, Ted, or Constantine?

You can see for yourself why PUP ensured to recognize Hellbent with Hellbent’s cover of “Free At Last:” 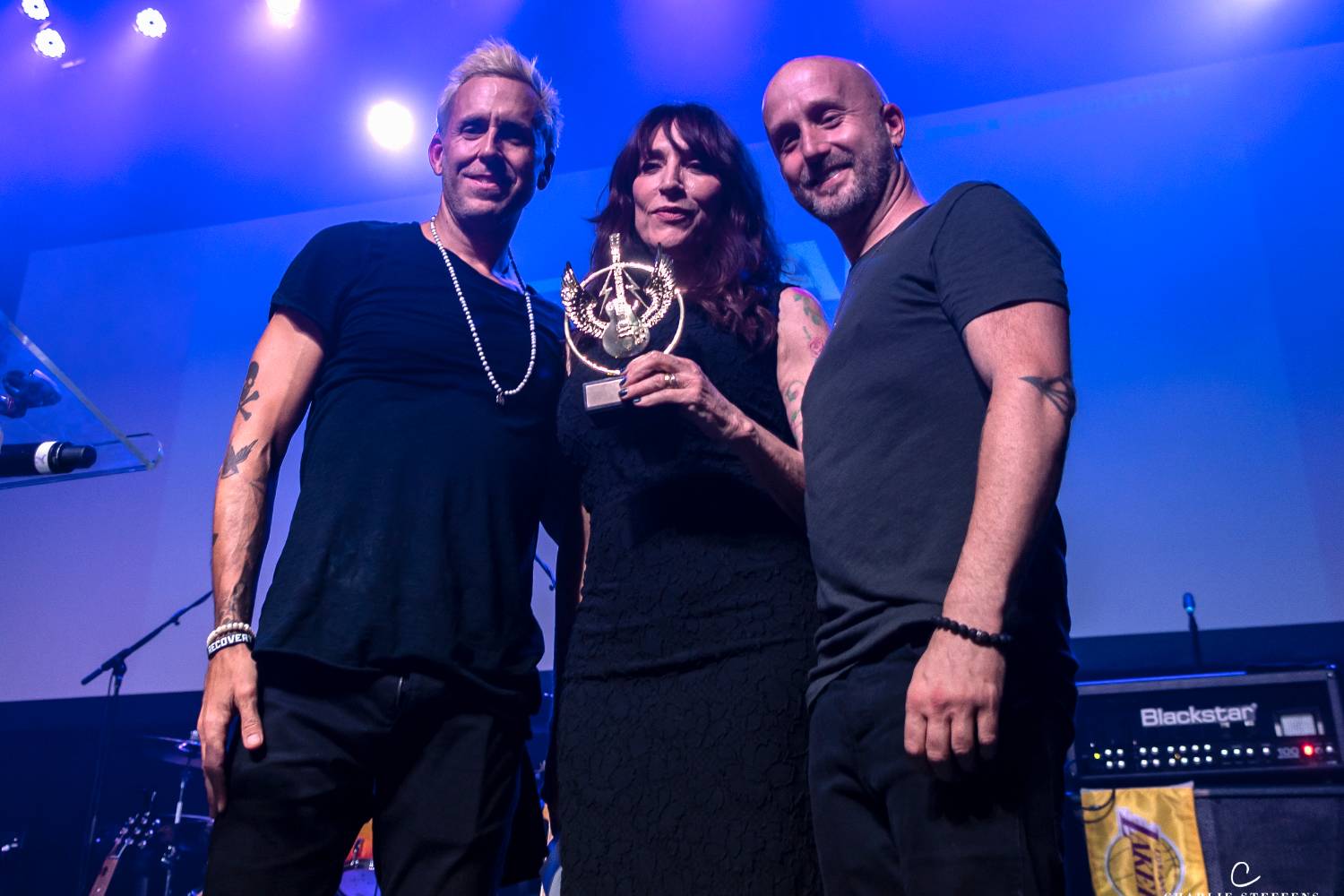 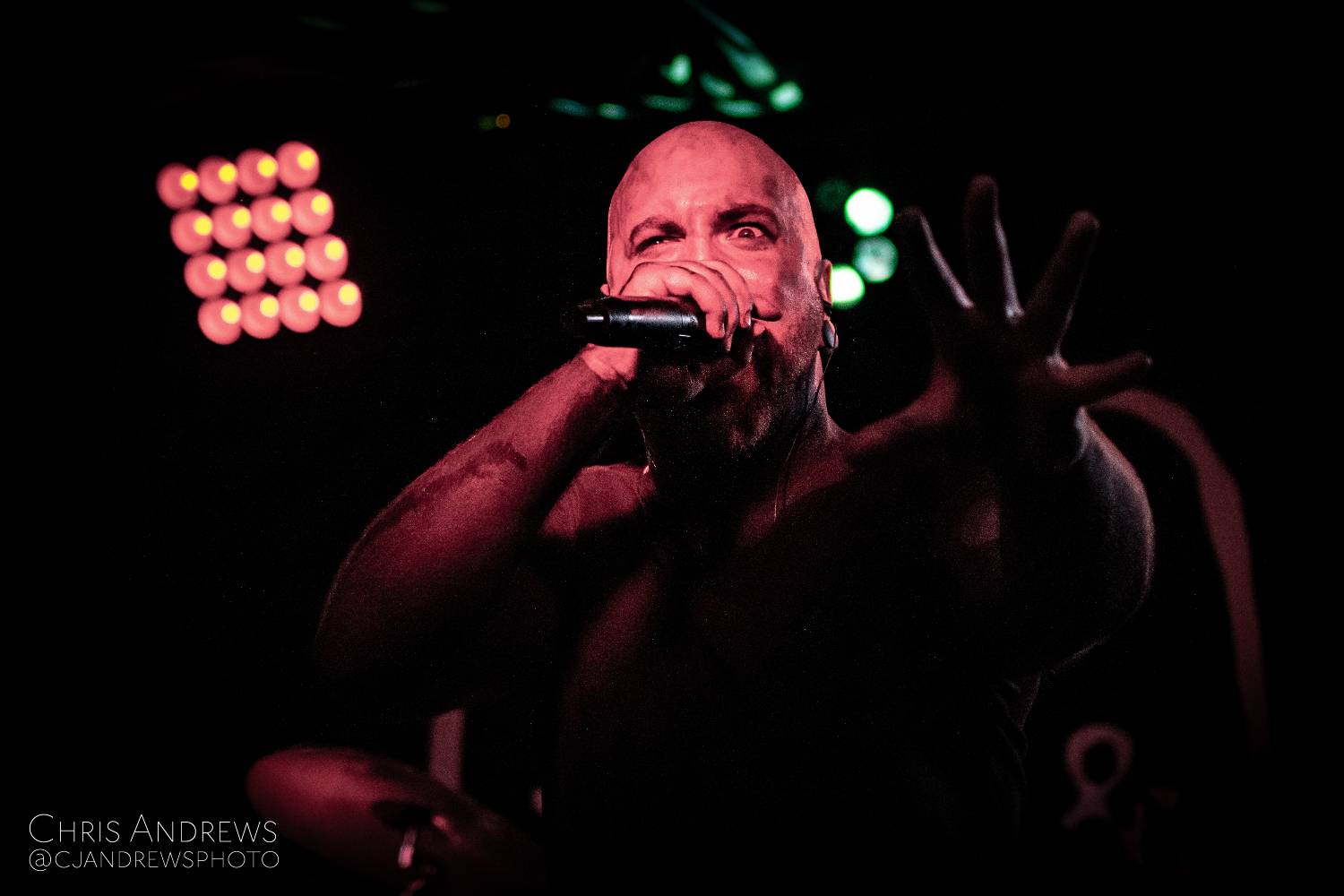