“I come out here every day and I’m surrounded by all the stuff that makes me happy,” Chris Carter says, sitting in a spacious, recreation room complete with bumper pool table, where we are encircled by rock and roll memorabilia, mostly from the ‘60s and ‘70s. Within this home-like studio, he hosts America’s longest-running Beatles focused radio show, Breakfast With The Beatles as well as Chris Carter’s British Invasion, both on SiriusXM. It’s an easy commute to work (within fifty feet of his main house), except on certain Sundays when he leaves the studio for a remote BWTB broadcast hosted by Los Angeles’ terrestrial radio station KLOS-FM. These broadcasts allow him to interact with on-air guests and fans.

Growing up in Wayne, New Jersey, Carter had always had a passion for music. After knocking out a year’s worth of college business administration classes, he opened a record store called Looney Tunez. “Anything to be part of the whole rock n’ roll thing,” he explains. “We fancied ourselves after this New York record store called Bleecker Bob’s, where you could go in and buy any record that came out that week, along with bootlegs and every possible thing a rock n’ roll fanatic might want, besides the number one hit album that week, whatever that might be. We had that too, but we were more for the astute rock collector of the late 1970s and early ‘80s.”

One of Dramarama’s earliest hits, “Anything Anything,” was the first single off of Cinema Verite. Check out the official music video:

In-store appearances were made by the Ramones and David Johansen and other innovative bands of that era. Notably, it was in the Looney Tunez basement where Carter, along with fellow employee John Easdale, a singer and songwriter, formed the band Dramarama. The alternative rock/power pop group, in which Carter played bass, drew national attention with the single “You Drive Me.” It was around this time in 1982 that the record store career was jettisoned and Dramarama became Carter’s focus. The band’s first full-length release, 1985’s Cinema Verite, with the radio hit “Anything, Anything (I’ll Give You),” garnered national airplay, and the band’s popularity rose, largely due to L.A. radio personality Rodney Bingenheimer, who found the album in a Pasadena record store and began to play it on KROQ. In 1994 Dramarama disbanded, but not before enjoying commercial success with the releases that followed Cinema Verite.

“I always loved radio. I think if you’re a rock n’ roll fan, especially our age, I was born in ‘59, our primary source of rock n’ roll came from the radio. But I never thought I’d end up in radio,” he admits. “I just kind of evolved into it. I went to the Connecticut School of Broadcasting which was a place where you could learn all about broadcasting. They would advertise on the rock stations.”

Carter has been an on-air personality in Los Angeles since the late ‘80s when he began hosting radio shows on KROQ as a fill-in for Bingenheimer. While well-known as a DJ, Carter also has numerous musical credits to his name as a bassist, producer, and songwriter. He says that Breakfast With the Beatles, which featured original host Deirdre O’ Donoghue, was one of his favorite radio shows in L.A. Then, on a January morning in 2011, O’Donoghue, who had broadcasted the show every Sunday since 1983, didn’t come in to do the show. “I remember that specific show,” Carter recalls, tuning in that morning to hear BTWB, but hearing instead only songs and commercial breaks as O’Donoghue had died at age 52. “It was sad because your first thing is like ‘what happened?’ Your second reaction is I wonder ‘what’s going to happen to the show?’ It’s the natural thing to think about.” Carter took over that same year and remains a mainstay on Sunday morning FM radio.

Have a look at Charlie Steffens’ shots of Chris Carter on July 19th, 2019: 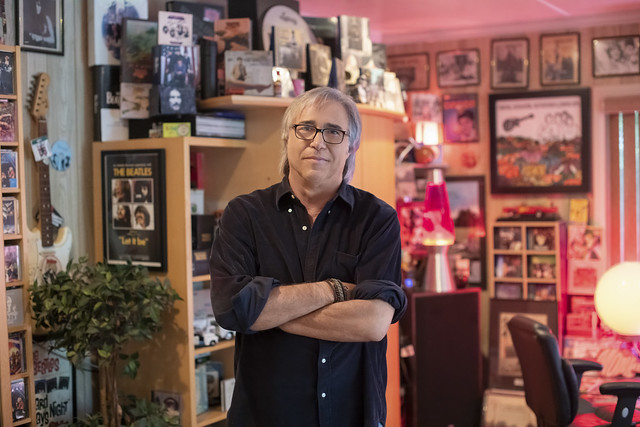 Since 2008 the show has had a spot on Little Steven’s Underground Garage on Sirius XM. Carter attributes much of his show’s success to Little Steven (Steven Van Zandt). “When I first started hearing his channel, the Underground Garage, I was like, ‘Oh, my God. I gotta get involved with this.’ It was… all the music we like in one place. Then I found out that Steven was listening to Breakfast with the Beatles when he came to L.A. He started calling into the show; ‘You gotta bring this show to my Underground Garage.’ Carter humorously makes reference to the E Street Band guitarist’s character (Silvio) in The Sopranos. “Working with Steven Van Zandt is like being in the mob without the crime. It’s like being in an episode of The Sopranos without the drugs and anything illegal.”

When it comes to rock n’ roll, Carter has a wealth of knowledge that he shares with refreshing humility to the scores of people who listen to his show. When it comes to the Beatles, you would be hard-pressed to stump him with a question about Paul, John, George, or Ringo. “I try to say it in a likable manner and not talk down to anybody. The object is that after you listen to the show, you’ve learned a whole bunch of things about the Beatles that you didn’t know.”

Carter already had a massive supply of facts about the Beatles at his fingertips before he took over the show 19 years ago. “I have what I call the ‘Beatles Bible’ where I have every song, and I have facts about them all. In order. I know the American album, the British album, I know the date it was recorded, and who plays what. So then I just choose to ramble off whatever I want to say.”

Chris Carter is joined by many of his friends for a sing-a-long of The Beatles’ “All Together Now” for the Breakfast With The Beatles 30th Anniversary:

These days there are few (if any) working disc jockeys or journalists who can say they have interviewed all four Beatles. In fact, Carter has interviewed Harrison, McCartney and Starr, along with Pete Best (the original drummer) numerous times.

“I interviewed two Beatles in three weeks,” Carter says of his recent conversations with McCartney and Starr on their birthdays. Paul called into the show, and Carter does an interview with Ringo on his birthday every year, and this year was his 79th. “He looks younger every time I sit down with him. I tell him, ‘You look younger than the year before,’ to which Starr will reply, ‘broccoli and blueberries,’” which the drummer attributes to his good health and longevity. Carter admits that it’s an honor that McCartney and Starr call into his show and know him on a first-name basis outside the radio setting. “They don’t like to be revered too much,” Carter says.

Carter’s knowledge isn’t limited only to data within the Beatles framework, obviously. His occupation has afforded him a life in and around music like he had dreamed of as a kid.

“Music was my life as a teenager. Our generation, we’re very fortunate in that we live in this extended adolescence. The generations before us, like my dad’s generation, they couldn’t wait to be adults because being a kid sucked. Being a kid was no fun in the ‘40s and even the ‘50s. You were seen but not heard, the world was dominated by adults. No one cared what kids liked. There was no kid culture. But once the Beatles happened, kids ruled the world. Everything was about what the kids wanted. The music was geared to the youth. And we, growing up in the ‘60s and the ‘70s, were the result of that. That’s why our generation, the Baby Boomers, we cling to our adolescence because it was so great.”

Another hit song from Dramarama was “Last Cigarette,” from Live At The China Club. Watch the video: 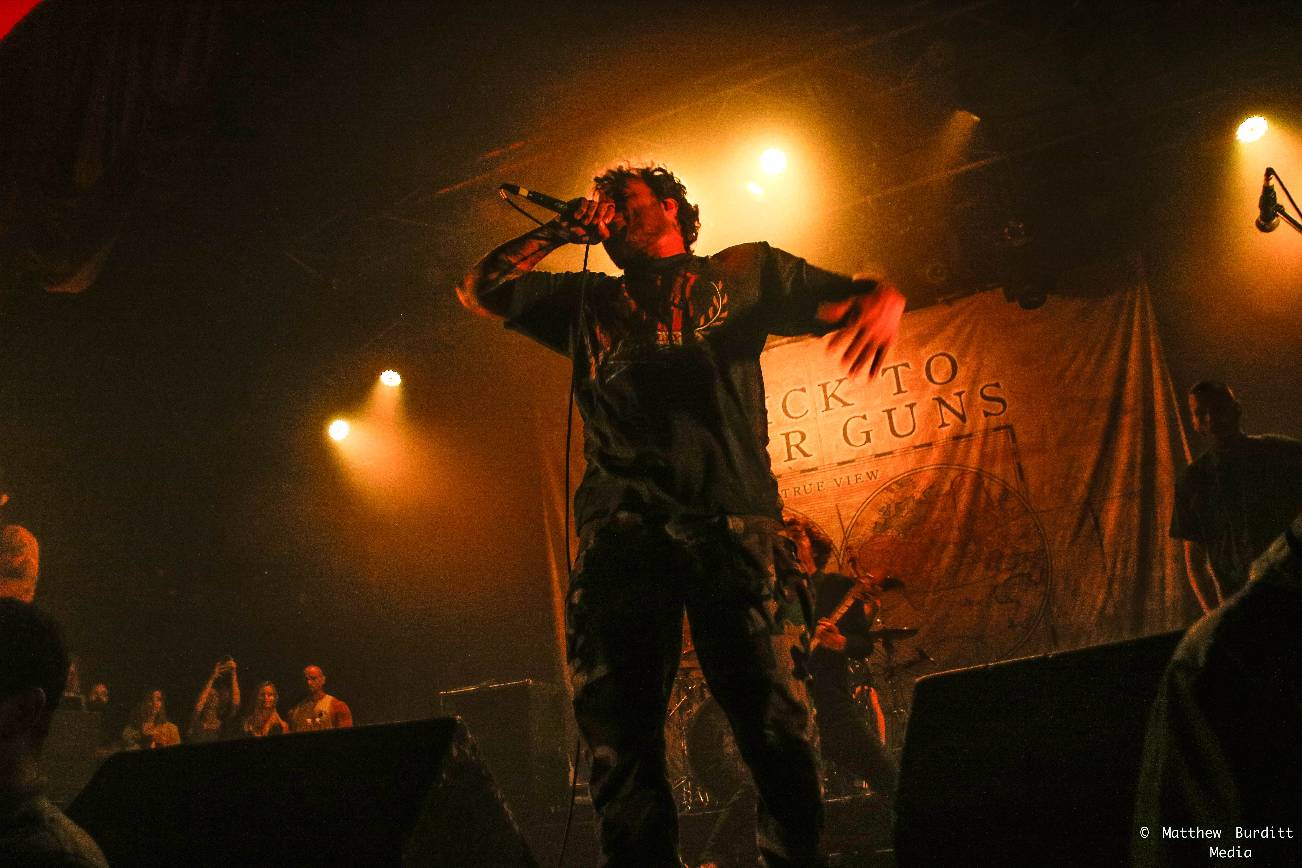