Blackened Whiskey was a collaborative effort between Metallica and Master Distiller Dave Pickerell. As unapologetic masters of craft in their respective fields, both Pickerell and the band built world-renowned legacies by carving out new spaces and bringing their singular, incendiary perspectives to everything they touch.

Dave Pickerell, who sadly passed away last year, was an award-winning Master Distiller and all-around distilling expert. Beyond his tenure as Master Distiller of Maker’s Mark, he established a standalone name for himself with his vanguard rye whiskey, Whistle Pig. Among connoisseurs, Dave was highly regarded for the unique finishes that give his whiskeys a character of their own.

I had the pleasure of speaking with Pickerell’s successor at Blackened, Rob Dietrich, about the past, present and future of the brand and its parent company Sweet Amber Distilling. Additional information on Blackened Whiskey can be found online at www.revbrew.com while Metallica can be visited directly online at www.metallica.com.

Revolution Brewing can be found online at www.blackenedwhiskey.com while Metallica can be visited directly online at www.metallica.com.

A look at Blackened American Whiskey with the members of Metallica:

How did you wind up working on Blackened?
Rob Dietrich: I was initially approached by a friend of mine, Doug, who is also friends with James Hetfield, about my opinion of their choice of master distiller Dave Pickerell for the band’s whiskey project. At the time, I was the master distiller for Stranahan’s Colorado Whiskey and I wrote up a quick statement in full support of their choice of Dave and explained that they were in the best of hands with him, in my opinion.

After the launch of Blackened Whiskey in August of 2018, Dave was just a few months into the rhythm of promoting the collaborative whiskey when he sadly passed away very suddenly on November 1st at Whiskyfest San Francisco, an event of which I was also attending. I was approached in December at the New York Whiskyfest by the Sales Director for Sweet Amber Distilling after I had come by the Blackened booth to offer up my condolences about Dave’s passing.

He asked me if I was interested in taking over the master distiller role for Blackened and I told him that I would love to discuss the possibility. Thus began a four-month interview process, of which they were interviewing many other distillers as well. It has been an extraordinary adventure so far, and I am more than excited to be working with Metallica and the Sweet Amber family.

Blackened initially had the stigma of being a “celebrity whiskey,” but seems to have overcome that. How long was it the works for before hitting the market?
Dietrich: I would agree that the general consumer usually approaches a “celebrity spirit” with a certain amount of skepticism, however, in this case, the band truly approached this the best way possible by bringing Dave Pickerell, and now myself, onboard to create a whiskey that truly stands on its own in the way of quality and innovation. The concept and execution of Blackened took about three years before the initial release in 2018. It’s always the long game when it comes to making quality whiskey!

Courtesy of Blackened Whiskey, check these slicks pics of the product and Metallica with Dave Pickerell: 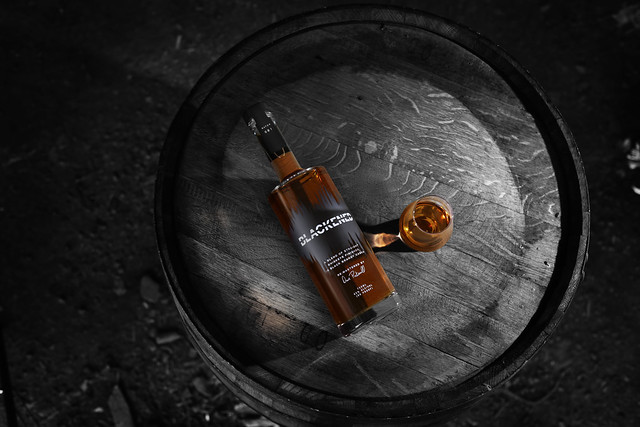 What do you think makes Blackened different from other whiskeys?
Dietrich: I think the excellent flavor profile and unique nature of this whiskey is what Dave embraced when it came to blending as a quality way to create a beautiful and complex whiskey. Historically, blending in the United States has had negative connotations, and blending in Scotland has always been considered a superior approach to making world-class whiskeys, and Dave took that Scottish approach to blending a high-quality American whiskey. Further, the use of the proprietary “Black Noise” sonic enhancement took the whiskey to an entirely new and innovative level, of which we are only just scratching the surface of. I’m excited about working with that process myself and dialing the blend in to maintain that same level of quality and consistency.

Are there more varieties coming from Sweet Amber Distilling?
Dietrich: Our focus is most definitely on Blackened at the moment, but I will say that we are working hard on some exciting expressions for future release. More to come!

Blackened has already partnered with a number of major rock festivals and music-related events. Any other coming up?
Dietrich: Music is definitely a huge part of the DNA of Blackened whiskey, so it has been only natural to partner with some epic festivals to bring awareness of our whiskey through the power of music and ultimately, the undeniable power of Metallica. We are signing up for more music events all the time, so stay tuned to the Blackened media channels for updates of when we are coming to your area.

When not busy with Blackened, how do you like to spend your free time?
Dietrich: I’m definitely a Colorado mountain guy, so I am in the mountains as frequently as possible. I ride motorcycles a lot and love working on vintage cars and motorcycles and keeping the adventure going. Cross-country skiing and hot springs, Orvis Hot Springs in Ridgway, Colorado is my old stomping ground, in the winter, and motorcycle camping, range shooting and stand up paddleboarding in the summer. Nothing like enjoying a great whiskey by the campfire at 9,000 feet! I also enjoy pina coladas and long walks on the beach. (laughs)

Ok, could there be a more perfect song and music video to include in this interview? I mean, come on…

What was the last concert you attended for fun? Metallica?
Dietrich: The last epic show I saw was Nine Inch Nails and Soundgarden, before the tragic loss of Chris Cornell, at Red Rocks, and most recently, Nathaniel Ratliffe and the Night Sweats at the Ogden Theater. There seems to always be a good show going on in Denver these days, so it’s really up to you to get up and get out there and see them.

The last time I saw Metallica was last year in Austin, Texas at the Austin City Limits Festival, which was pretty incredible. The time before that, I had actually worked Metallica’s show as a stagehand in 1996 in San Jose, California when they headlined Lollapalooza. Definitely living the full-circle experience right now!

Finally, Rob, any last words for the kids?
Dietrich: The best thing about achieving your dreams is the adventure along the way that gets you there. You have to be willing to do all the hard work along with the fun to truly get the opportunity to create something epic. Discipline, hard work and an open and somewhat twisted mind can take you a lot of places, I’ve found. “Live Large and Take Chances” is a mantra that I’ve lived by and it seems to be working out for me so far.

If my 7th-grade self could catch a glimpse of what I was up to now, that pimply, glasses-adorned kid would have cranked up Master Of Puppets on his crappy little boombox and head-banged the hell out of that cassette tape ‘til it spontaneously combusted and melted from the fury. Go out there and make your past self envious as hell, and be the best version of you that you can be. 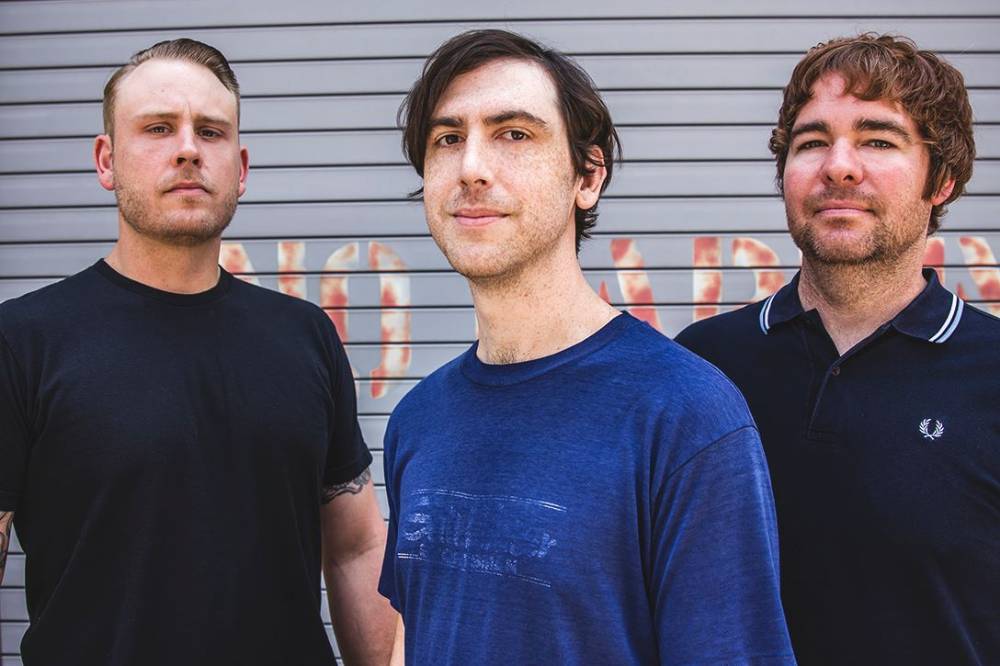 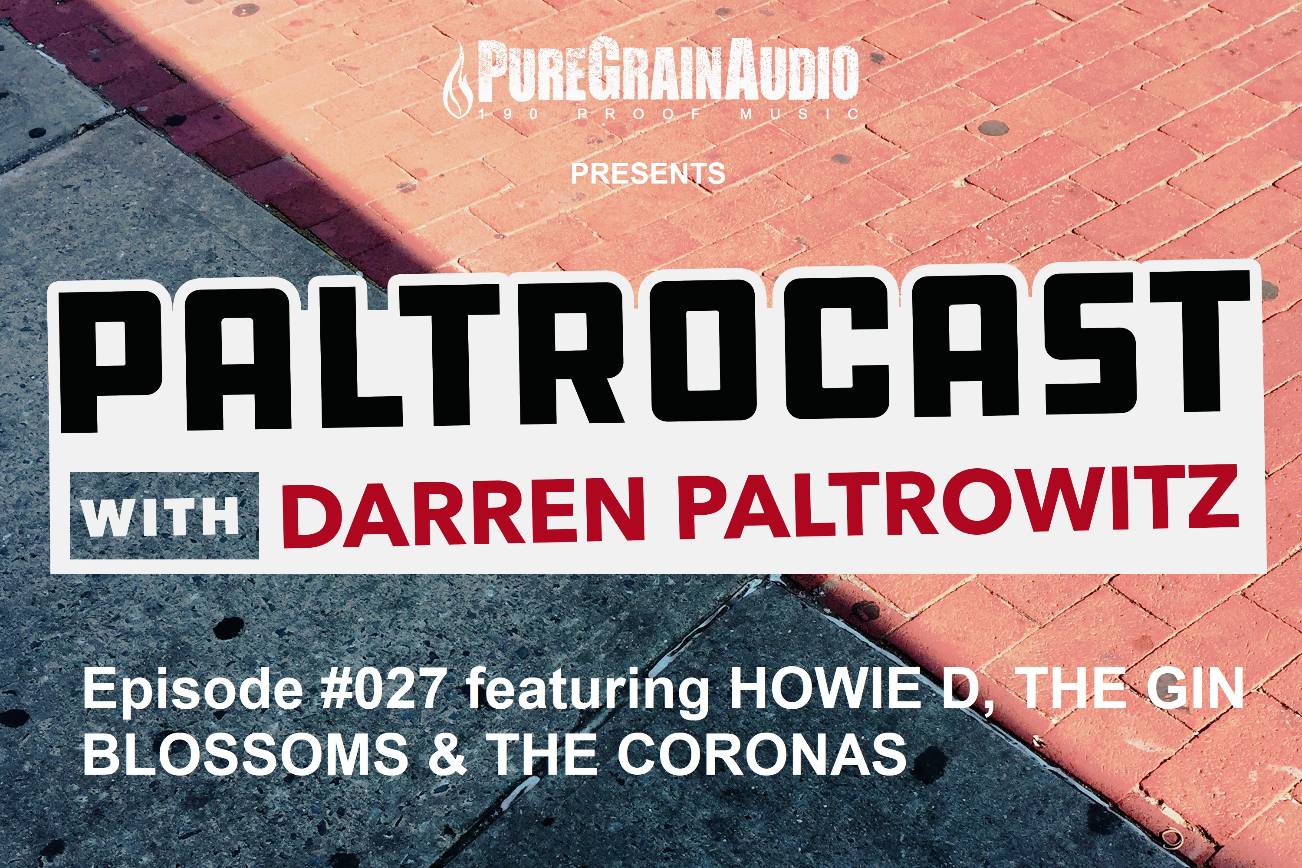