If you are serious about heavy music, then you ought to be very familiar with the Seattle-based quartet known as Alice In Chains . With over 20 million albums sold, Alice In Chains first made a major impact with their 1990 studio effort Facelift, which included the still-influential hit “Man In The Box.” The hits would keep on coming for the group, as would the GRAMMY nominations and other industry accolades, making Alice In Chains the rare rock or metal act that is both commercially-successful and appreciated by music critics.

Alice In Chains frontman William DuVall will be releasing his debut solo album, One Alone, via DVL Recordings on October 4th (pre-order here). An all-acoustic full-length, One Alone features DuVall on both vocals and lead guitar. Lead single “‘Til The Light Guides Me Home” serves as a great indicator for the strength of this album, which ought to appeal to DuVall’s fans in Alice In Chains and the fanbase of his pre-AIC group Comes With The Fall all at once.

I had the pleasure of speaking of William DuVall in-person at The Ludlow New York City in New York about One Alone and plenty more. The full chat will be broadcast in September via the Paltrocast with Darren Paltrowitz podcast. In the meantime, more on DuVall can be found on Twitter and Instagram.

Here’s the music video for “‘Til The Light Guides Me Home,” the first single off of One Alone:

One Alone is the new record. When you first listen to this album, it’s not clear if it’s the kind of thing that you wrote and recorded in ten days or if it was years in the making. Which one was it closer to?
William DuVall: Well the actual recording time was extremely quick because eight songs were recorded in one day and then the remainder of the songs were recorded in one evening session. So, in terms of actual recording time, very very clear in terms of just from idea to recording. Now the release, well that was longer, that was more a question of timing with Alice In Chains and that sort of thing. We were so busy for such a long time.

Between like in 2016 after the Devil Put The Dinosaurs Here campaign I might have done something like this then, but then the Giraffe Tongue Orchestra album came about, that band came about, and it was just sort of like, “Well let’s just go where the ship seems to be taking me.” That was really really great. I’m extremely proud of that record.

But again, the windows of time… Right now we get to this point and it’s like, “This is great, this is the time.” Particularly after all the albums I’ve done that were so band-oriented… I’m glad it worked out this way. It turned out to be an ideal time to just get really productive and pare everything down to one voice, one guitar, all the way through. It’s completely different, a much more intimate experience, a total palate cleanser from all the rock records of the last two decades, and in my case even longer than that. It was just a really great thing to do, I think…

I know no artist really wants to be compared, but it sounds like Jeff Buckley meets Black Sabbath in the sense that it’s like a singer/songwriter melodic deal yet there’s a lot of drop-D tuning and you’re using the bottom two strings of the guitar for rhythm but you’re also finger-picking at the same time. So it’s “metal singer/songwriter” in a way… Did you ever track any of the songs or demo them as being more than just you and your guitar?
DuVall: Well some of the songs on this album are actually acoustic renderings of songs that I previously recorded with my band Comes With The Fall. So some of them were perhaps written on acoustic guitar but then transferred to a band format and this album. One Alone gets those songs back to their origin point in a way. I feel like it’s sort of again like the most purely distilled version of those songs, in terms of what it was like when they were being written.

So for this album, I would say from conception to now the actual release, it was always intended to be a solo acoustic album for all the reasons I said before. It’s like, “Let’s just pare it down and let’s just have this kind of experience and let’s see if we can build back up from there,” you know? So future albums I might do under my own name. There probably will be more dynamic rock records involving other musicians. But this was really the time and a place to do this kind of thing.

DuValls’ debut solo album, One Alone, is due for release on October 4th, 2019, via DVL Recordings. Check out the artwork: 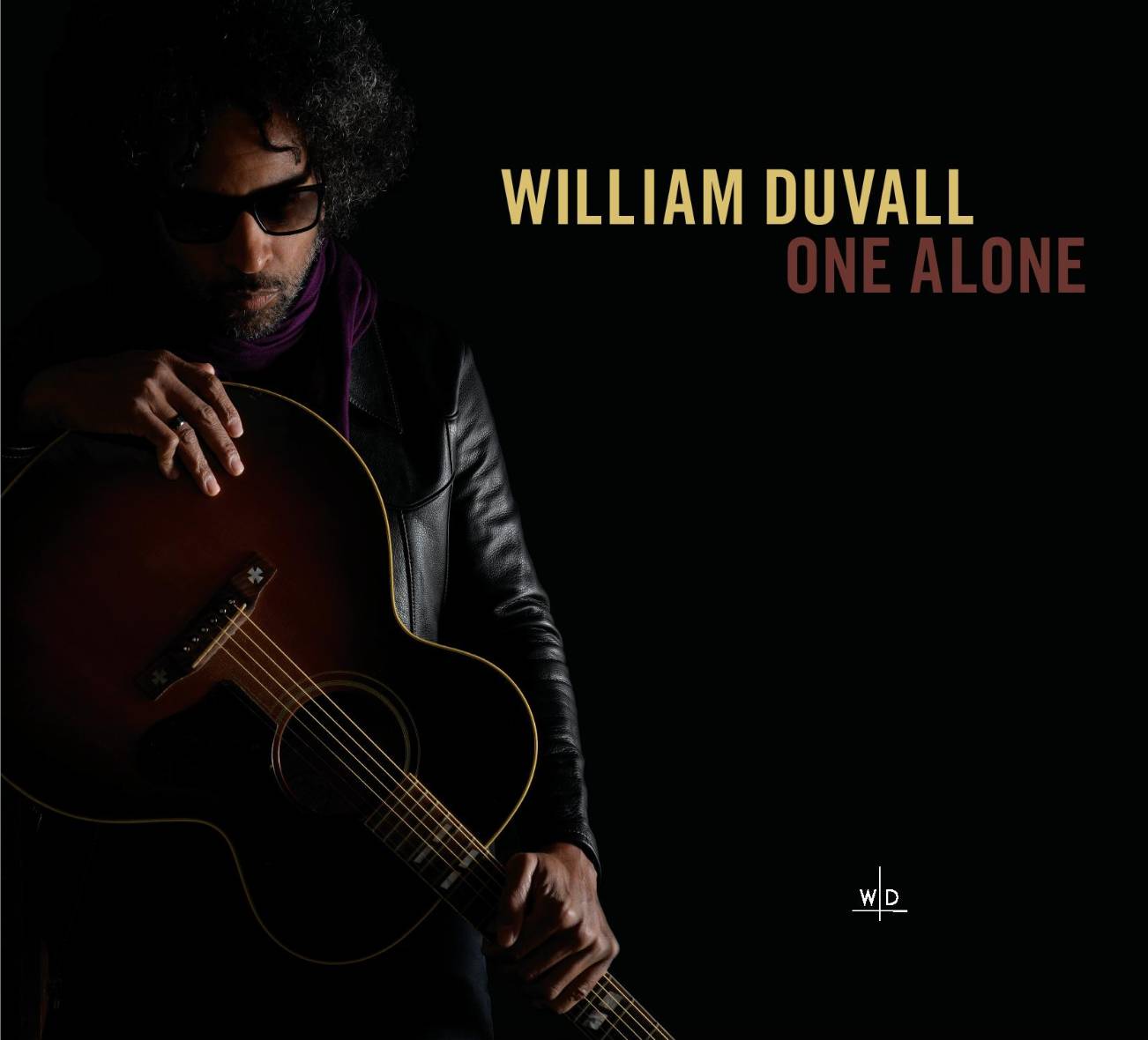 Somebody who’s been following you a long time, Alice in Chains is 20-ish years into your career. You started off in the hardcore-punk scene of Atlanta then you did sort of a pop/soul thing there in the late ‘80s and then, of course, there’s the Dionne Farris detour and Comes With The Fall and of course Alice in Chains, so you’ve touched upon every genre imaginable. It’s hard to say, “Well this is what William sounds like.” There’s a lot of people from Atlanta that you can say that same thing about like Rich Ward or Butch Walker. Are those guys that you ever cross paths with?
DuVall: Occasionally, yeah. It’s a small town in the way every town is a small town, and you get into the music scene… You run into a lot of the same folks in New York. I’m sure it’s the same. So let’s say Atlanta was certainly one of those kinds of towns where you’re going to cross paths.

I was great friends with David Ryan Harris who has now gone on to an illustrious solo career and plays with John Mayer. He produces and writes for other peoples and all sorts of things now. But we were real pals back then. We were “four-track buddies.” He sort of showed me how to use a four-track. He was kind of one of those guys that we would get together and, I mean, nobody had any money or anything. We were all living in the same apartments and it was a very small tight community in that regard. This was after the punk scene, right? So this is a post-punk era for me… “Oh my god, I’ve got to make a career out of this kind of thing,” right? They were all struggling with that same thing…

It was a great time. It seems like some of us from that time, Rich Ward, Butch Walker as you mentioned, David Harris in his own way, me and my own way, we’ve all sort of come out of that into the wider world doing a vast array of things, you know? I think it speaks to the diversity of taste in music… Guys like David Harris and me, we listen to all kinds of things, right? And we couldn’t have imagined our musical upbringing any other way. So that’s naturally going to be reflected in everything that we do in one way or another. It’s going to find its way in there. It’s never going to be a straightforward thing with us, never.

Despite all the hype surrounding DuVall’s solo debut, we can’t forget that Alice In Chains released their sixth studio album Rainier Fog last year. Check out the recently-released music video for the title track:

Do you still call Atlanta your home these days?
DuVall: I’m there these days when I’m not on the road, for the most part. I lived in L.A. for ten years and that was really cool and that definitely played an important role in my life and career. But yeah I’m more or less back in Atlanta.

At this point in your career, you’ve been touring the world and recording more of your life than you haven’t, and I’m curious when you knew that this was gonna be a career as opposed to a series of one-offs or projects? When you weren’t going to have to temp and playing in a cover band, to be able to do your own artistic endeavors?
DuVall: I would say in terms of that sort of careerist kind of aspect it was around the time of the Dionne thing because that was such a huge success in terms of pop radio… It was the first time that I had been associated with anything like that. My life prior to that was strictly underground, and you know proudly so.

I’m first-generation hardcore and all that’s out in the air. We never thought about in a serious way any sort of career… I wanted to be a musician from the time I was eight years old and it was very clear to me that somehow, someway, I was going to make that happen. But if anything I was probably very naive and somewhat delusional in terms of what my tastes were versus what the popular tastes were. It was a huge disconnect. So I might have been thinking, “Oh this particular song I’m writing for Neon Christ, I don’t see why this couldn’t be huge…” There were these weird little things that were happening that were kind of an outgrowth of our scene… Later I’m thinking, I had this group No Walls and we were doing sort of a jazz-rock turn…

60 seconds with William DuVall per VEVO:

I’ve heard Vernon Reid was a huge fan…
DuVall: Yeah, he was a really great supporter. He brought us here to New York, several times trying to get anyone to pay attention that he possibly could and the industry just wasn’t ready… We’d play every place you could play, The Cat Club and CBGB and Kenny’s Castaways and Woody’s, remember Ron Wood had a club here? Every person would come down and said no. But at that time it was 1990, you know? So it’s pre-Nirvana…

You had the same guys who were working the Warrant records coming down to see this kind of really eclectic, sort of like really emotive bi-racial trio… We were doing kind of what Buckley would end up doing a few years later… It was an interesting period. Maybe No Walls would have hung on a little bit longer things might have turned out differently. But we didn’t. And so that got me into much more of a kind of “careerist” mindset… This is where your family starts looking at you like, “Ok, what are we doing?… Can we talk about grad school? Can we talk about maybe getting a professorship somewhere?” 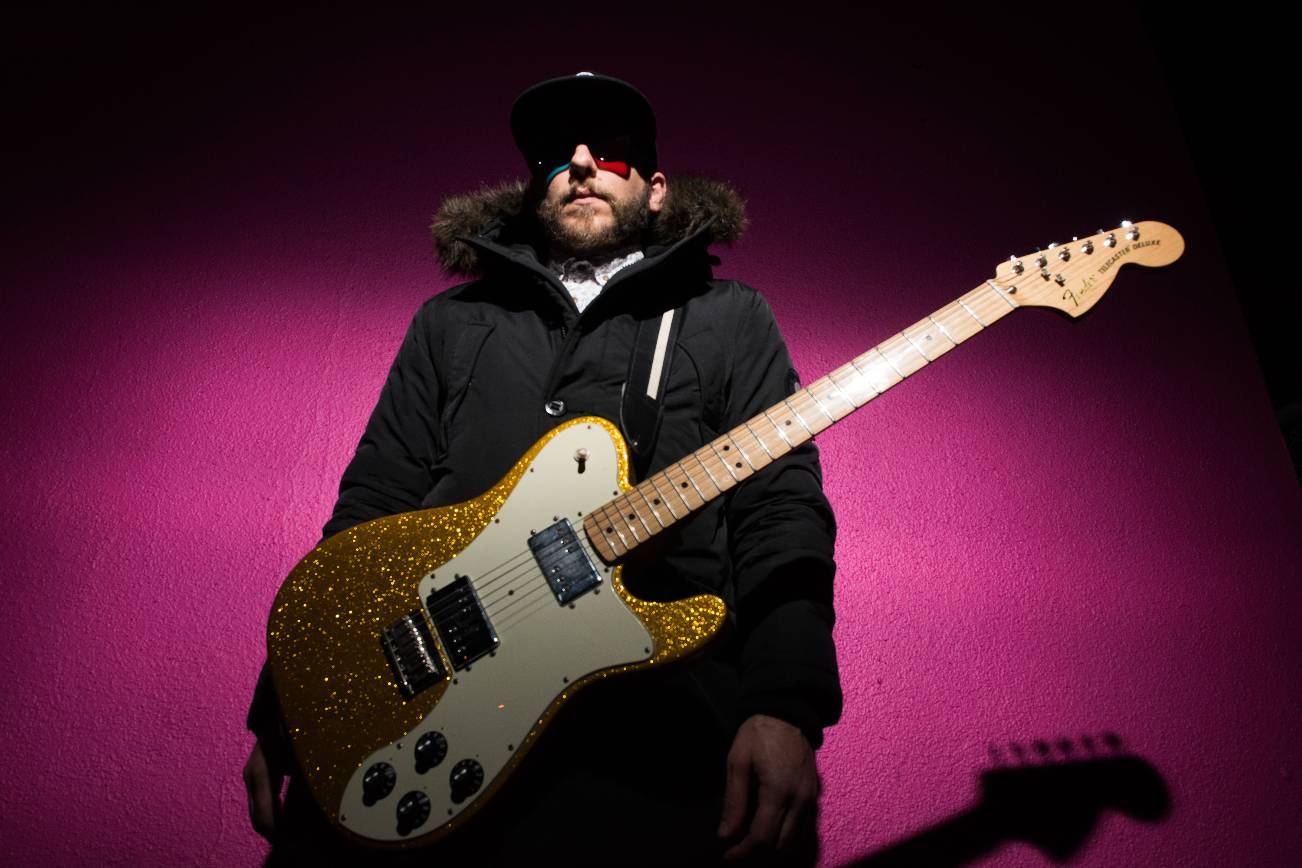 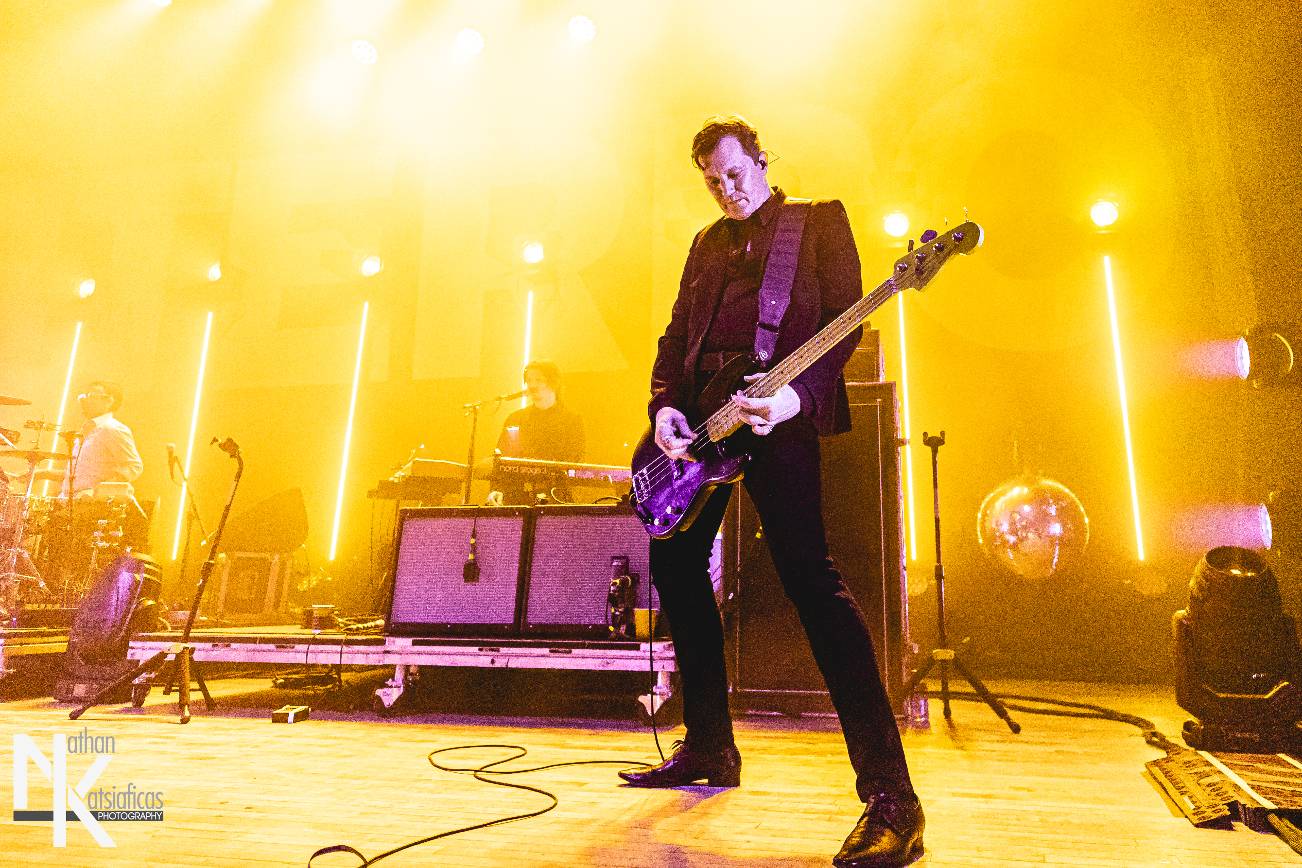