Now in its third year, the ’77 Montreal festival took place on July 26th at Parc Jean-Drapeau in, you guessed it, Montreal. With the renovations on the islands completed, the festival took place on the now permanent installation at Espace 67 of Parc Jean-Drapeau. Presented by Coors Light, over 20 bands played three stages throughout the day. There was something for everyone, including some energetic sets from genre punk bands stemming back over 40 years.

Bad Religion, Pennywise, The Exploited, Cro-Mags, The Dirty Nil, Bigwig, OFF!, Avengers, Gutter Demons, Red Mass, The Anti-Queens and The Lookout were amongst the day’s terrific line-up, spread out over the afternoon and evening across three stages. More than 8,500 festival-goers attended the single-day event that began at 1:00 pm and didn’t finish up until about 10:30 pm.

We came, we saw, we moshed, we noshed. Here are eight things we learned:

01. Old School Punk Still Rules.
– One of the coolest things at ‘77 Montreal was getting to see Bad Religion and The Exploited, two bands that were active in the 1970s and 1980s and can now boast 40-year longevity in their respective scenes. Both groups performed on the Scène De L’Ouest stage and managed to deliver two of the most energetic sets of the day. Watty can still howl like a banshee, and Bad Religion was on fire for their entire performance. 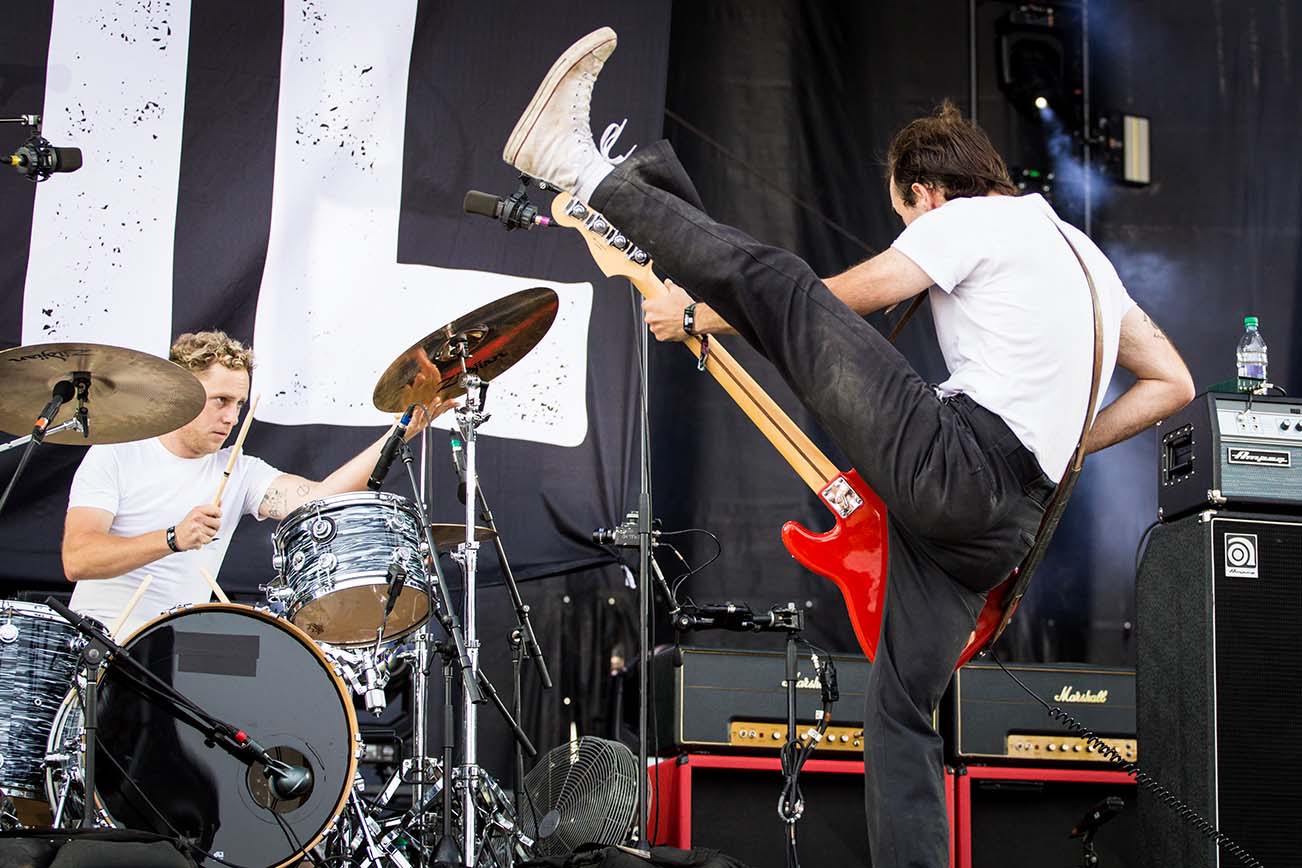 02. Canada has a Punk Ethos.
– Included in the lineup this year were Canadian bands like The Dirty Nil, Gutter Demons and The Anti-Queens, an example of older and newer musicians keeping punk alive with their uniquely diverse musical stylings. It felt a bit surreal seeing The Dirty Nil on the Scène De L’Ouest main stage, given how insanely good they are when experienced in smaller clubs. The Nil managed to hit the ball out of the park. The size of the stage they strode atop was inconsequential. The same can be said for The Anti-Queens and Gutter Demons; both bands had fans dizzy with glee as they performed. 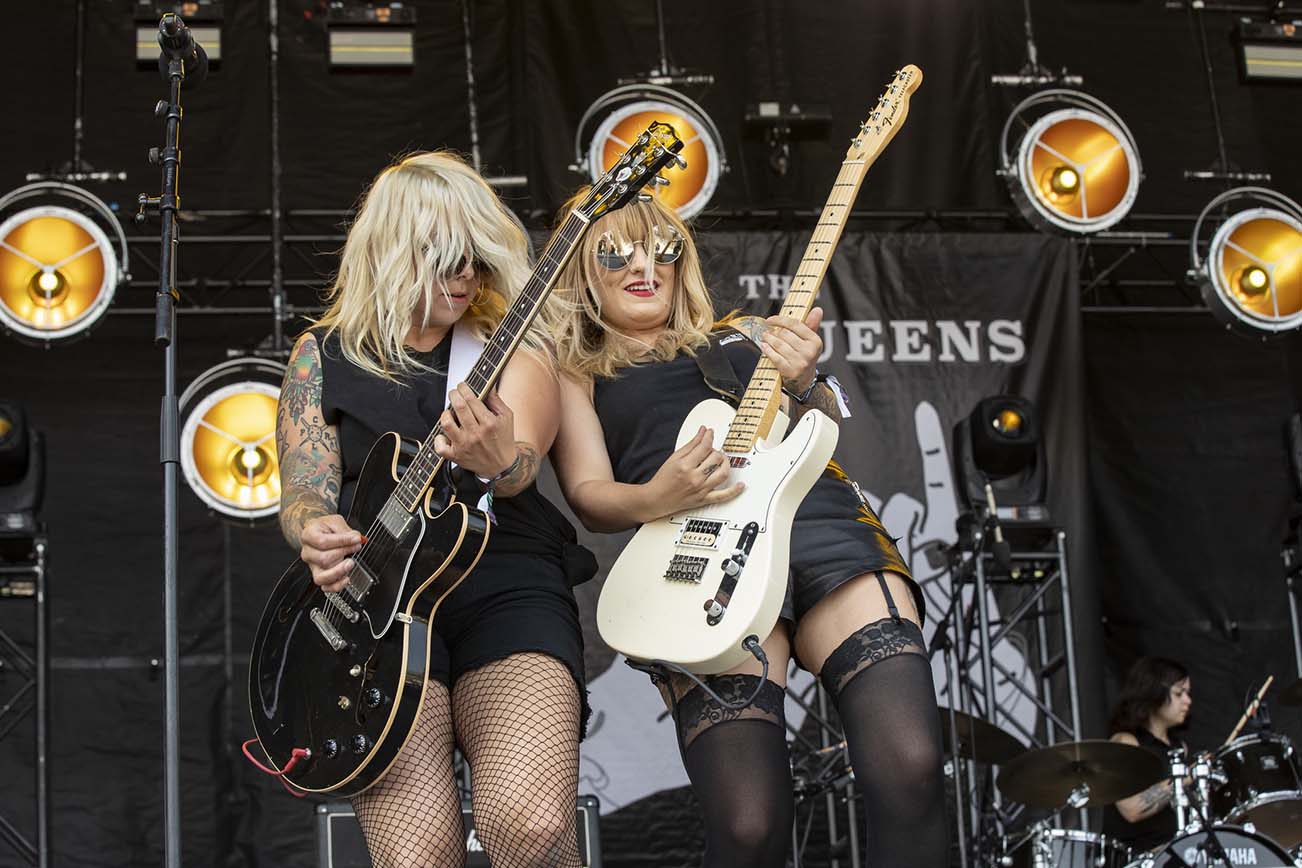 03. Punk Rock = Kid-Friendly!
– The ‘77 Montreal festival is a family-friendly event; admission was free for children under ten. What’s more, admission was free for kids, ten and under. The ‘77 Kids Zone was a real taste of punk for fans of all ages with inflatable mosh pits, arts & crafts, splash pad action, bouncy castles and lots of marvellous mini mayhem. 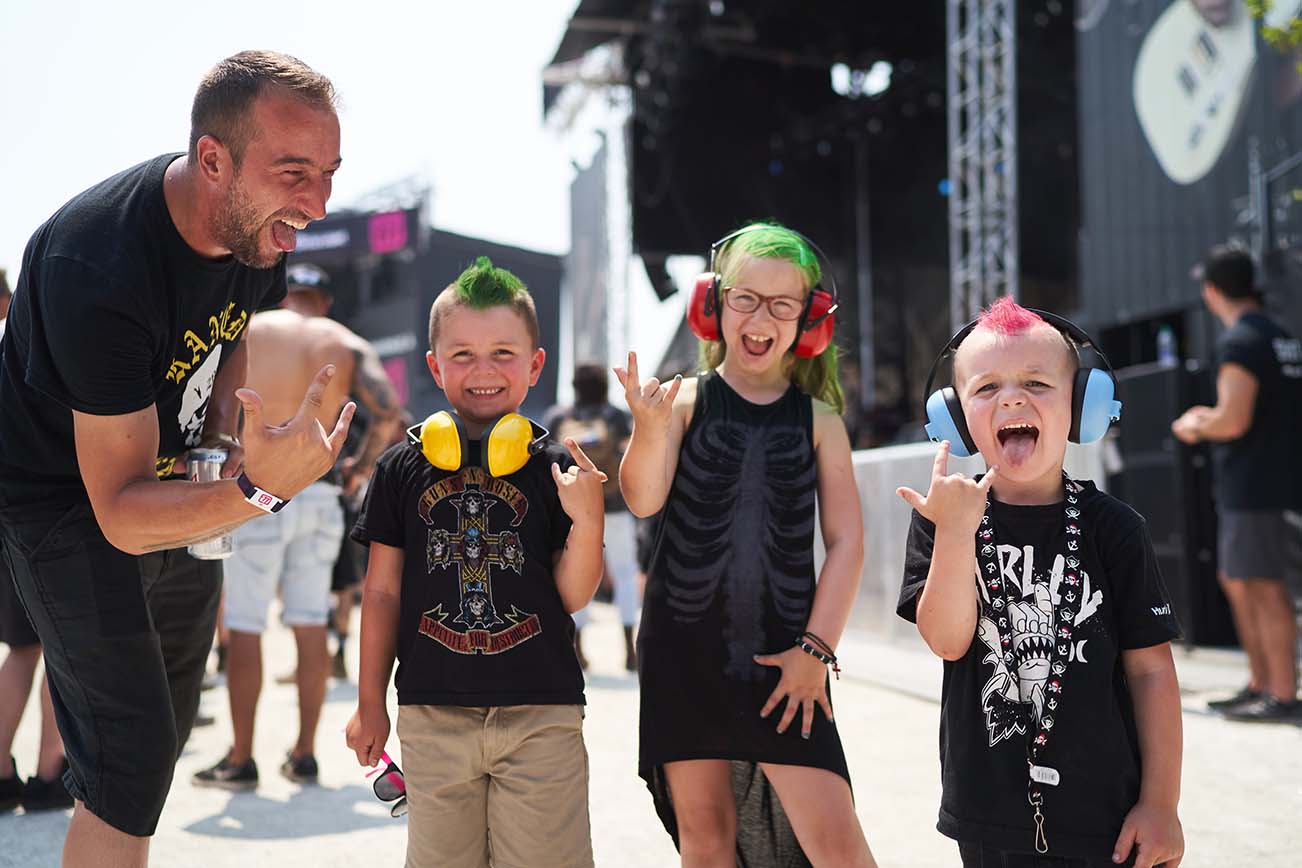 04. Keeping Kids Safe is a Priority at ‘77 Montreal.
– In addition to free admission for kids under ten, this year also saw the implementation of a new “Child Pairing” system using festival-goers’ RFID (Radio Frequency Identification) bracelets. These bracelets allow families to stay closer together throughout the festival experience. The new system enables parents to digitally tether with their children by pairing their bracelets so that they can always stay connected. This is a free service, offered by ‘77 Montreal to all parents who want to register their children’s bracelets on-site at the designated info kiosk.

With the registration process, valuable information can be encoded on the child’s bracelet including name, emergency contact info of parents, and specific allergies or essential health information, accessible instantly to all security and staff on-site with a basic RFID scanner. It’s an added value that makes everyone feel that much safer and closer to their loved ones!

05. The Wettest Things in Life are Free.
– In an attempt to keep ‘77 as green as possible, multiple water fill-up stations were made available across the Parc Drapeau grounds. Fans could fill up their water bottles with all the water they could consume free of charge. Nobody enjoys over-paying for bottled water. The festival organizers went out of their way to provide fill-up stations throughout the grounds in an attempt to minimize their footprint of plastic waste. 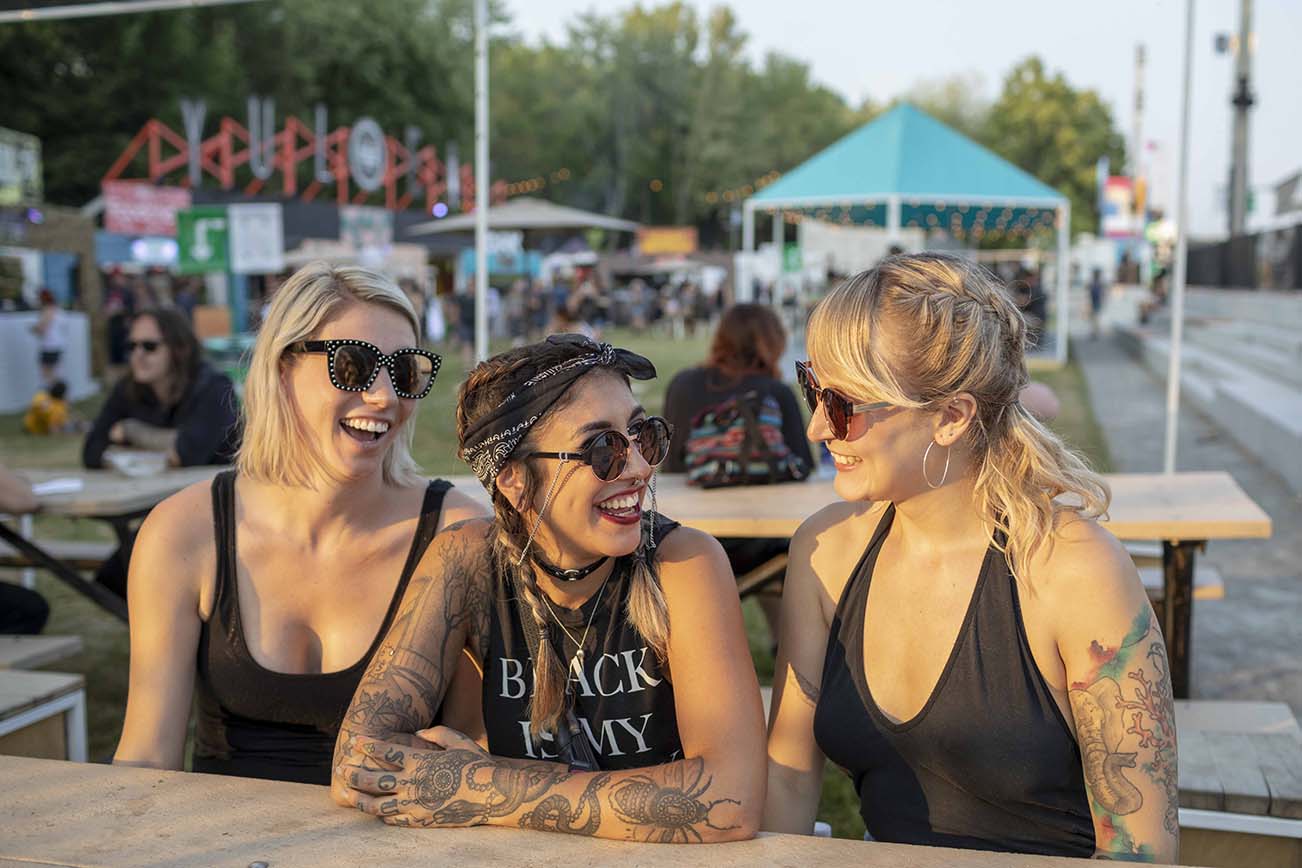 06. Punk Rock Can be Best Viewed from Above.
– This year, fans looking to kick up their ‘77 experience could opt for a GOLD pass offering fast-lane entry onto the festival site along with access to the Casino de Montreal GOLD Terrace. The GOLD Terrace is an L-shaped, 2000 person capacity, elevated platform with a premium view of the main stages, offering exclusive concessions, exclusive bars, and private premium washrooms.

07. There’s No Such Thing as too Many Songs.
– Bad Religion performed an unprecedented set of 27 songs at ‘77 Montreal, touching on all of their fan-favourite records from over the years. “Infected,” “American Jesus,” “21st Century (Digital Boy),” “Lose Your Head,” and “Recipe for Hate” were amongst the many tracks performed Friday night to the sheer delight of all in attendance.

08. Punk Rock Makes People Hungry.
– This year’s edition saw the return of the YUL EAT Gardens. The Gardens featured four iconic Montreal restaurants: Agrikol, Street Monkeys, Foodchain and Grumman ‘78, each featuring unique décor and a large terrace, cooking signature dishes from their regular menu to the delight of hungry attendees. Lots of tasty craft beers were also on tap to fans who braved the heat lubricated enough to raise their fists under the sweltering sunny Montreal skies.

Only three years young, ‘77 Montreal is the offspring of a Heavy MTL festival a few years back that tried to marry punk and metal into one three-day-long celebration of heaviness. Feedback from that festival showed that several metal fans didn’t want punk rock intertwined with their beloved metal festival, so the organizers created a standalone punk festival. ‘77 Montreal now bookends with Heavy MTL. Numerous fans took the option to buy a weekend pass that included all three days of music for one price. Selective fans could opt to purchase for one festival or the other at a reduced price point. A festival that is still gaining momentum, ‘77 Montreal is a damn good time. Put it on your calendar for 2020. 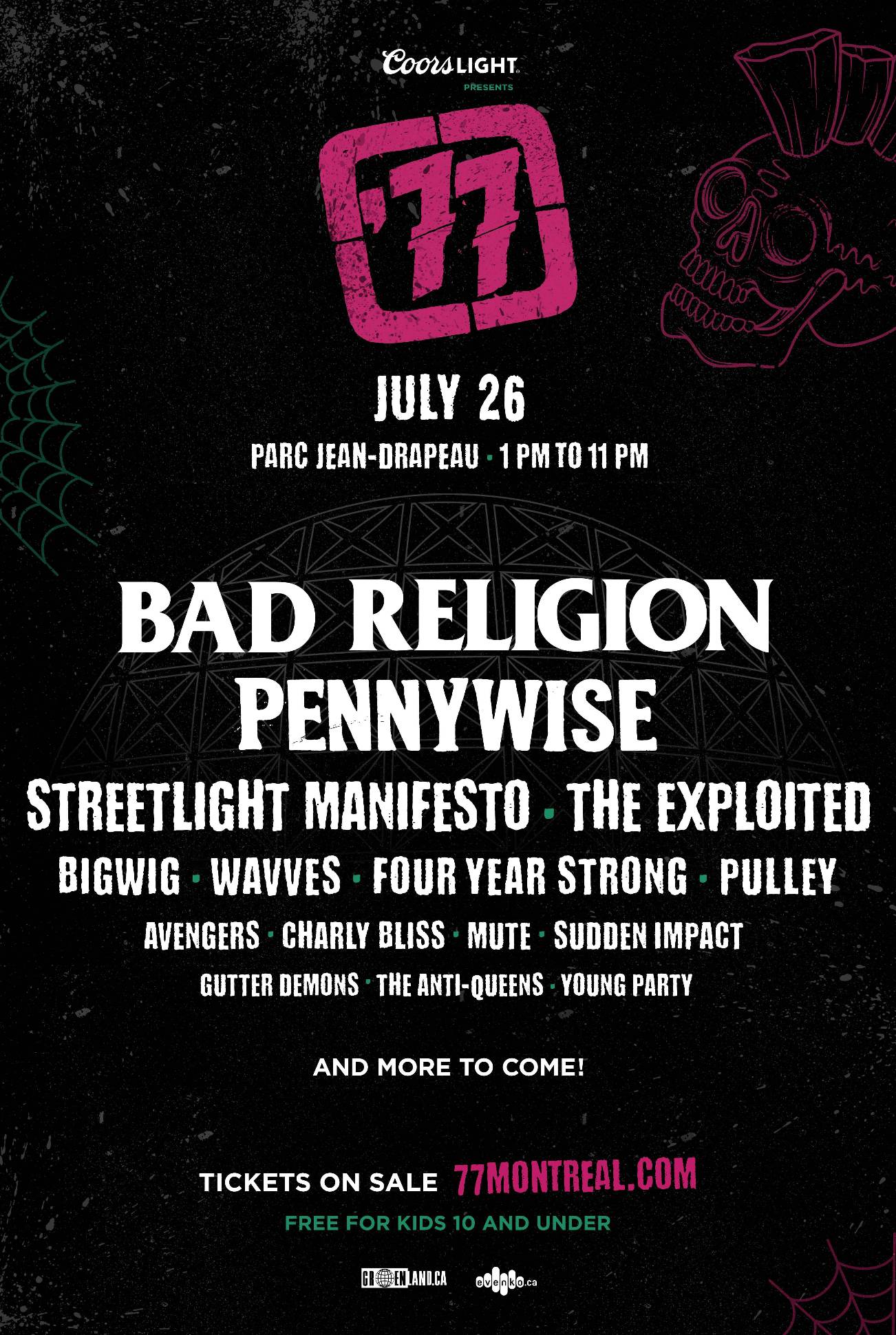 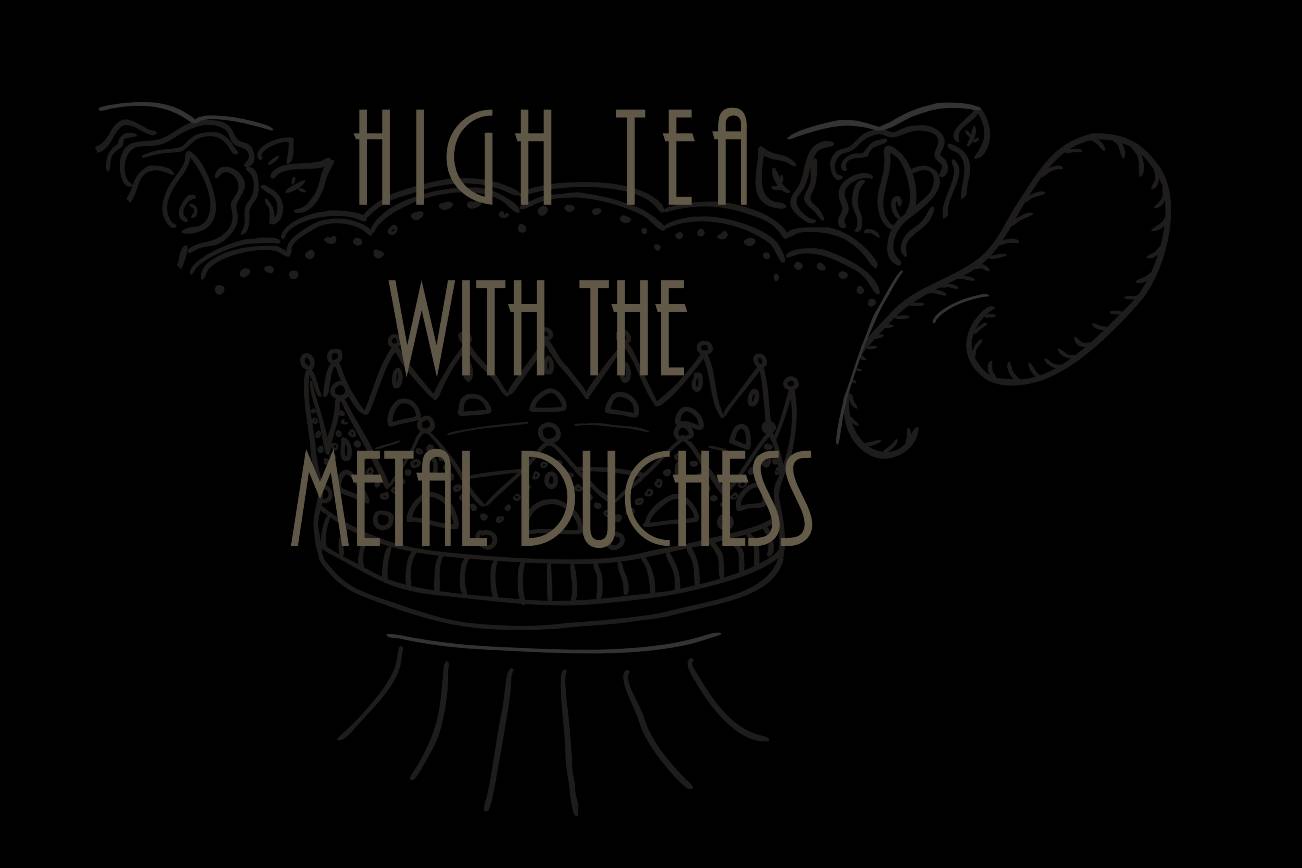 You’re Cordially Invited to High Tea with THE METAL DUCHESS! 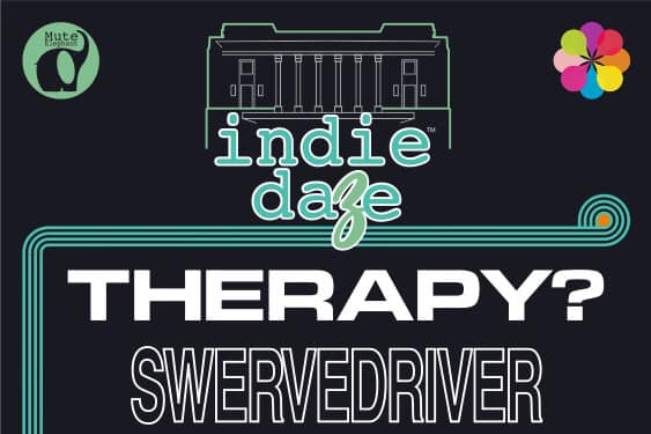