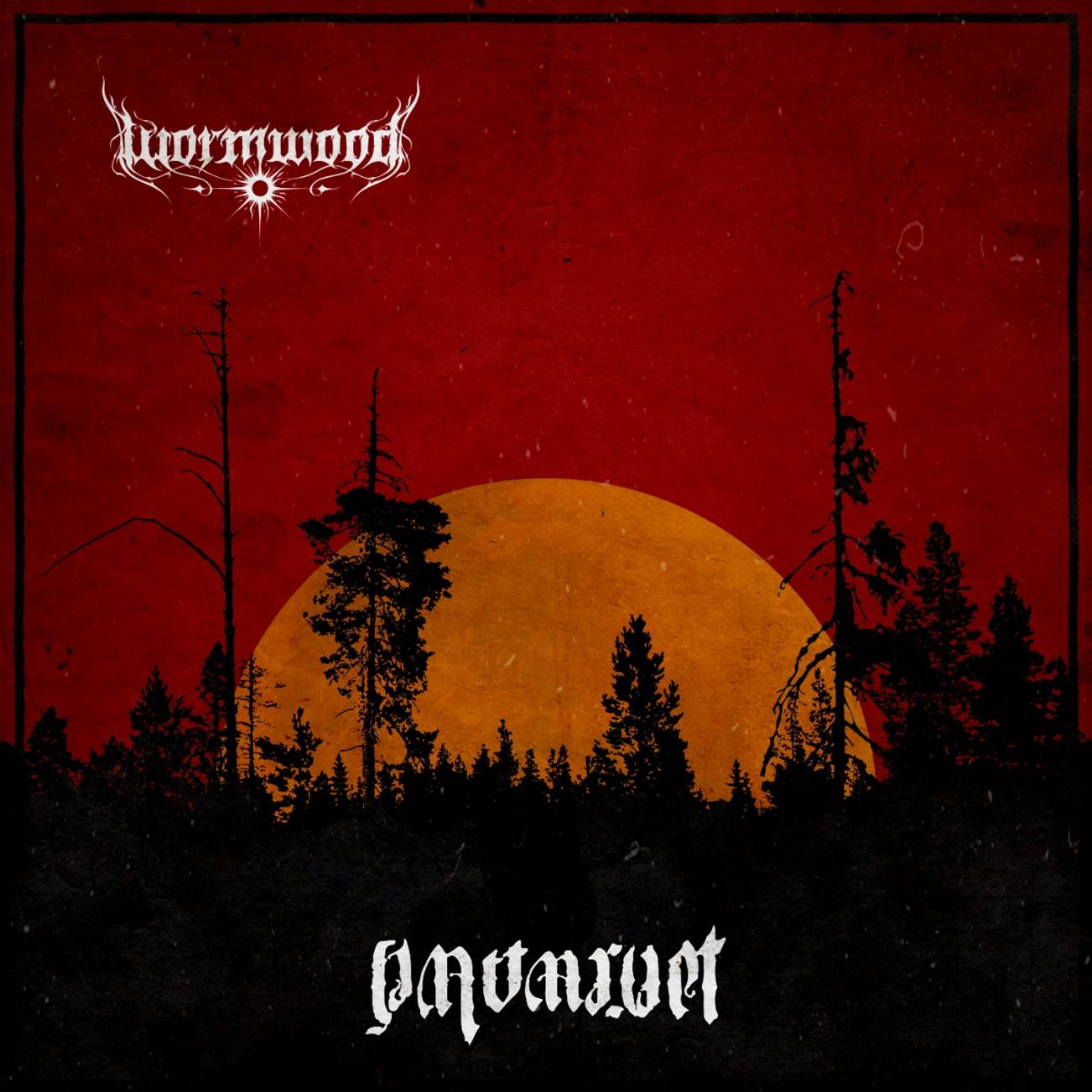 If there is one major criticism that I have with Nattarvet, the second full-length from Sweden’s Wormwood, it is that it’s been playing havoc with my backlog of review material. Every time I think I should listen to a new album, I decide to give Nattarvet one last spin before moving on… and before I know it, I haven’t even started listening to my new material. I really can’t complain, though: Wormwood spin a deeply engaging yarn along the way, sprinkled liberally with atonal dissonances, folk-inspired melodies and balm-like introspective passages that impart an almost Pink Floyd-like air to the proceedings (“The Isolationist” exemplifies this particularly well).

Throughout the whole album there are nods to other, better-established acts, but the overall result has its own unique voice. The Satyricon riffs, Arckanum guitar and drum tone, Falkenbach vocal styles, Enslaved themes and Tribulation rock sensibilities all combine in a delicious mélange that balances meandering ambience with growling malevolence. Their strong onstage presence effectively captures this, too.

The true winner on Nattarvet (pre-order your copy here) is the album opener, though: “Av lie och börda” captures all the influences and styles cited above, but its presentation, complete with harmonic duet growled vocals and a stirring string section, calls to mind Romania’s greatest gift to the black and folk genres, the sadly now-defunct Negură Bunget.

This introduction is taken further, and even evolved, on “I Bottenlös Ävja” which features clean vocal lines as an additional layer of texture: much like their 2017 debut, Ghostlands: Wounds from a Bleeding Earth, Nattarvet is not only a great example of composition, but of arrangement and orchestration of multiple instruments, vocals and registers. To top this off, they still infuse the whole with a heart-wrenching melancholy, partly by drawing from depressive themes (like Cormac McCarthy’s dystopian “The Road”, which directly influences “The Achromatic Road”), but also by effective use of violins and keys.

The rural famine themes in the official video for “Av lie och börda” make for an apt visual accompaniment to what is easily the best balance of black and folk metal in recent years.

What makes Nattarvet such a success, though, is its clever application of folk tropes to soften the blow of some fairly heavy Swedish blackness, making the whole a far more accessible affair: “Arctic Light”, for example, borders on hard folk rock at times, rather than metal – although the illusion is a temporary one, as the fire and brimstone are never that far away.

Wormwood onstage at the recent Kilkim Žaibu festival in Lithuania.