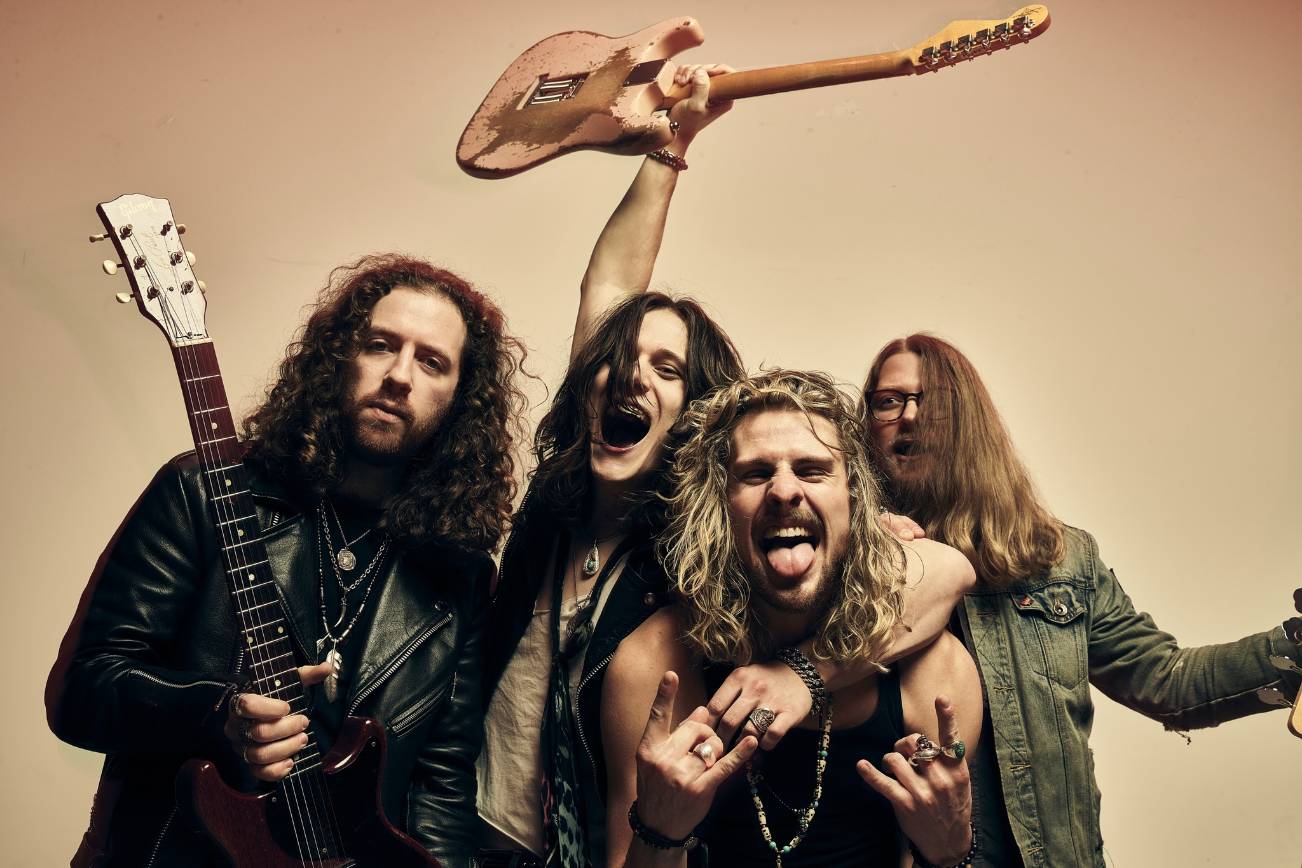 Released last week, Truth & Lies (stream/order here) is the third full-length album from Tyler Bryant & The Shakedown. After demoing 55 songs in frontman Tyler Bryant’s home studio in Nashville, the band, rounded out by drummer Caleb Crosby, bassist Noah Denney, and guitarist Graham Whitford, began working with Grammy-nominated producer Joel Hamilton (The Black Keys, Highly Suspect, Tom Waits) in New York. The attempt was to work with Hamilton to whittle down that list of 55 songs to discover and develop the truly best ones. Ultimately, Truth & Lies is full of all sorts of rock sub-genres, including the blues (as featured on “Ride”), hard rock (made clear on “Shock And Awe”), balladry (“Out There”), and southern-rock (“Trouble”).

Beyond the studio, Tyler Bryant & The Shakedown have toured alongside a “who’s who” of rock icons including AC/DC, Aerosmith, ZZ Top, and Guns N’ Roses. The future looks very bright for the Tennessee-based group, and I had the pleasure of doing some Q&A with Tyler Bryant about that and the new record, Truth & Lies.

Truth & Lies is your new album. How long did you spend writing it?
Tyler Bryant: It’s almost impossible to say. I just write whenever I feel like it and stockpile material. I never sat down and thought, “Oh man, I better get to writing that album.” It just happened organically. I’m sure some of the songs started happening right after the release of the self-titled album. I’m somewhat of a song collector and am rarely as happy as I am when I’m down in the studio creating. That’s why we had 55 jams to choose from for this record. Countless nights were spent crafting these tunes, but we recorded the actual record in two and a half weeks. A big wind up, I suppose.

Ready to be in “Shock & Awe?” Check out the band’s recently-released, spooky new music video:

Overall, is there a concept for the Truth & Lies album? A consistent theme or narrative that listeners should be keeping an ear out for?
Bryant: There are quite a few different vibes on this record. It changes with each song. I do love the overall push and pull between the lighter and darker elements. You can bounce from sinister and dark to positive and hopeful pretty easily within the thirteen songs on the record. That’s why the album has the title that it does.

Was any of the album written in the studio?
Bryant: A few words and melodies changed here and there, but the songs were pretty much written. However, the arrangements got tighter and a lot of the direction was sussed out in the studio. We had only rehearsed to a certain point because we didn’t want to be married to parts before we learned how Joel Hamilton worked. We respected him as a producer based on the records he had previously had a hand in, so we wanted to remain malleable. Everything took shape in the studio once the whole team got involved, but we had the bones to start with.

Which song on the album do you feel was the hardest to finish?
Bryant: In my opinion, “Without You” was the hardest song to nail. We struggled to find the vibe and I got discouraged with it a few times. We walked away from it a couple of times and moved on. I believe it fell into place on the third time we tinkered with it. It made me want to pull my hair out for a second, but I love it now.

Do you have a favorite song on the album?
Bryant: One day it’s “Out There.” The next day it’s “Couldn’t See The Fire.” Sometimes it’s “Shape I’m In.” I’ve got a lot of skin in the game with these songs, so it’s pretty hard to pick a definitive favorite.

Did you know before you started making Truth & Lies that it would be coming out through Spinefarm/Snakefarm?
Bryant: Yes. They’ve been incredibly supportive of the band since the release of our self-titled album and we were happy that they wanted to do another record with us. They are believers in real rock n’ roll. 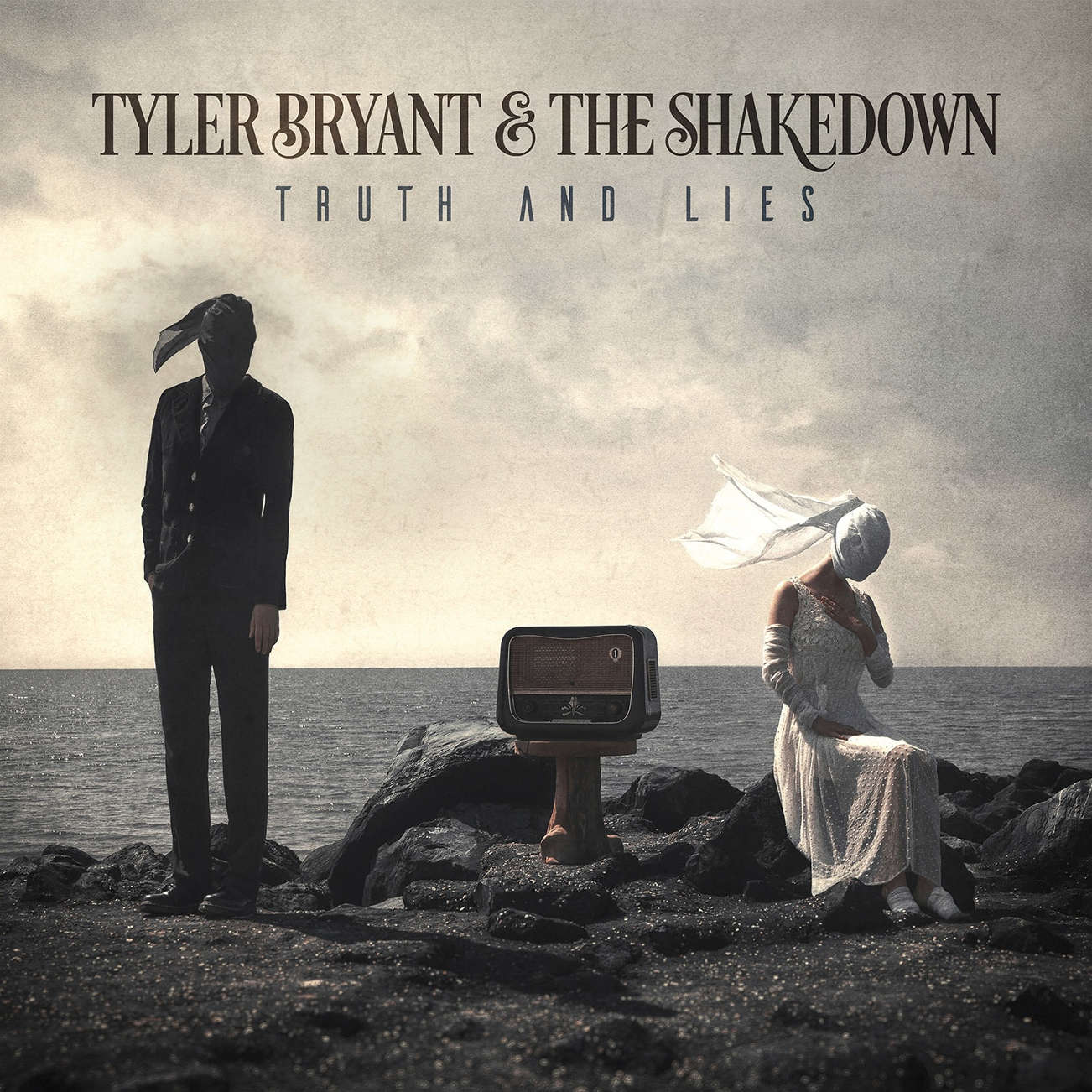 What does the rest of 2019 look like for you and band?
Bryant: Well, we got some pavement to pound. We’re about to head out on a co-headline tour with the Temperance Movement. Then we do festivals and more headline dates in the states. Then we go back to Europe and the UK. I desperately want to get back to South America as well. We have a lot of ground to cover.

How much of the new album will you be playing on tour? Will your setlist be more focused on Truth & Lies than your prior albums?
Bryant: We’ll be playing every song from the record on the tour. Maybe not the whole record every night, but we will be leaning heavily on the new material. We’ll dust off some classic Shakedown numbers as well.

Having toured alongside AC/DC, Aersmith, ZZ Top and Guns N’ Roses, who else is on your “must tour with” list?
Bryant: It’s a short answer. The Rolling Stones. That’s the last band on my bucket list.

When not busy with music, how do you like to spend your free time?
Bryant: I love to fish, to cook, and to spend time in nature.

What was the last concert you attended for fun?
Bryant: I went and watched the Rival Sons play a secret show at a tiny club called The Basement here in Nashville. It ruled.

Finally, Tyler, any last words for the kids?
Bryant: I look forward to seeing you guys on the road. Bring your singing voices.

It’s “On To The Next!” Check out this latest lyric video from Tyler Bryant & The Shakedown: