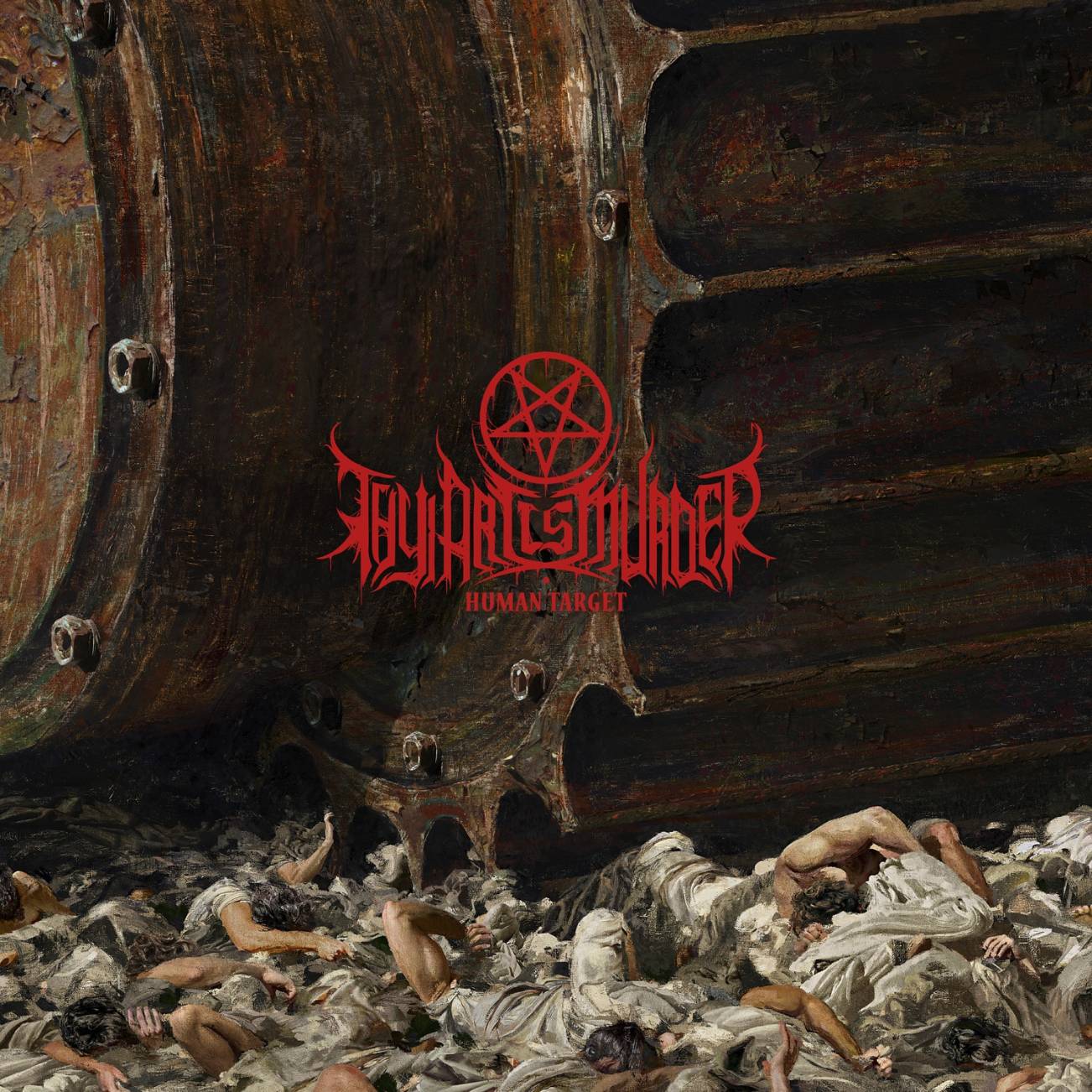 Human Target sees a return to form from Australia’s masters of deathcore, Thy Art Is Murder that picks up where the band left off on their 2017 release Dear Desolation. The album features the signature guttural tones and hard-hitting and irreverent lyrics that have elevated frontman CJ McMahon to the forefront of the deathcore movement. The guitar riffs are just as crushingly heavy as before, the drums—courtesy of new skinsman Jesse Beahler—are just as ridiculously intricate. However, everything seems to have been kicked up a notch both in intensity, and speed—this sh*t is fast! Content-wise McMahon still has plenty to say about society, religion, and the state of politics in America (see track, “Make America Hate Again”).

The album (which can be ordered/stream here) starts off strong with hammering title-track “Human Target.” That energy continues with “New Gods,” and “Death Squad Anthem,” the latter of which is sure to cause many a sore neck, especially during its driving breakdown-laden passages. They really nailed the production on this album, everything sounds big, and few tracks show that as well as these first three.

As the album continues, there are several stand-out songs, including “Eternal Suffering,” where TAIM’s Behemoth influences are readily apparent (in a really good way). The song has some serious dynamics, beginning with a slow buildup over droning guitars and continuing into blast beat and gravity blast beat-driven madness. Beahler truly is a beast of a drummer.

These are the “New Gods” and they’re pissed!

Up next, “Welcome Oblivion,” hits hard and fast, but misses the target a bit, with a repetitive lyrical refrain that gets boring quickly. Luckily “Atonement,” track number seven, absolutely crushes. This song has some big, bouncy breakdowns interspersed between aggressively heavy death metal passages, all building towards a seriously sick breakdown around 3:27.

We see more societal commentary from McMahon during “Voyeurs Into Death,” seemingly remarking on how wired and technologically dependent our society has become. The bleakness of the subject matter works well with the dissonant, unforgiving heaviness of the track. Track nine, “Eye For An Eye,” has all the elements you want to see in a TAIM song, but is eclipsed by the magnificence of the record’s final song, “Chemical Christ.” This final track delves into substance abuse, and who is to blame for one’s addiction—making the argument that instead of blaming the world, addicts should blame themselves for their “self-destruction.” The guitar riffs in this song are incredible as is the drumming. It may be the best track on the entire record, whether you agree with the sentiments expressed in McMahon’s lyrics, or not.

Lyrically, Human Target does not shy away from controversial subject matter, and is sure to start some conversations amongst metal heads, which is likely what the band wants. Musically, the record represents tangible growth from the band’s previous efforts. This one is going to absolutely rip in a live setting.

The band have a “Human Target” in mind and its all of us.