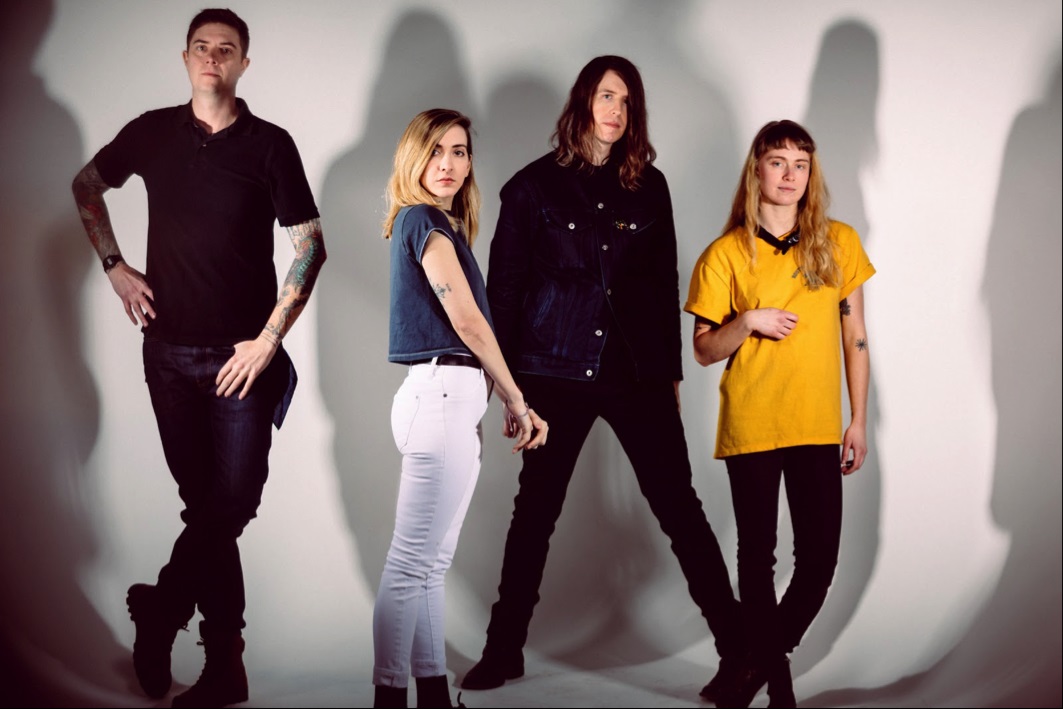 Sometimes they only come out in the summer… Summer Cannibals just released their exciting new fourth record, Can’t Tell Me No, on June 28th via Tiny Engines, a defiant new album, all about taking the power back. When we say “take the power back,” we mean giving inspiration to those who feel powerless and voiceless and offering them hope that, through the power of strength and community, they can positively create change.

The record is in some ways inspired by the experiences of guitarist, vocalist, and bandleader Jessica Boudreaux who, after getting out of a manipulative personal and creative relationship, threw an entire record of songs in the garbage and felt it was time to start from scratch. With Can’t Tell Me No (available to stream/purchase on the Tiny Engines website) , there is anger but also there is hope and this is an album that is ultimately focused on discovering love and acceptance and essentially the opposite side of pain. This is the most vibrant and confrontational release yet from this dynamic and talented group.

To offer you some insight into the writing and recording of the eleven tracks that made it on Can’t Tell Me No, Summer Cannibals have broken down all of the details for us in a special track-by-track breakdown of their just-released new recording.

Let’s get you hyped up with the music video for the title track, “Can’t Tell Me No.”

01. “False Anthem”
– I wrote this song a few days before we started officially recording the new record. I had written the line “go play your False Anthems” a couple of months prior and it just sat in my phone notes with no purpose but after writing the chord progression for the song I remembered it and decided to try to build off of it. A good amount of the songs on the record are about abusive people or a particular abusive person in my life, but this song is about the people who support those abusers and perpetuate their abuse.

In our industry, I’m finding out there’s a lot of people like this. It’s really easy for people to condemn the government and figures we see on the news but those same people often fail when it comes to standing up to and calling out the people in their lives who are just as evil. I’ve watched musicians I’ve looked up to for years turn out to be apologists of a particularly abusive, manipulative and predatory person. I’ve watched them turn their backs to victims while remaining outspoken regarding the rights of women and minorities. And for what?

Why choose not only to ignore victims but flat out praise and support the people who are committing abuse? All to save face and keep their place among the indie/punk/riot grrl/whateverbullshit hierarchy? Despite the outspoken nature of so many musicians, this mindset feels like a parasite that’s eating away at the industry and it took having to end up on the wrong side of a bad situation to see how pervasive it all is.

02. “Can’t Tell Me No”
– “Can’t Tell Me No” was the first song written for this record and it’s also the first Summer Cannibals song that I wrote collaboratively with Cassi, who joined the band last year. I had the chorus forever and struggled to fill in the verses so we sat down together and just wrote a bunch of lyrics in this stream of consciousness kind of way. I think we were both going through periods where we were trying to shake off the feeling of others control and just wanted to say “fuck off” in a way that felt fun and exciting rather than angry and heavy. This song was a turning point for the two of us as collaborators and I think a turning point for the bands sound as a whole.

Listen to what the band is talking about with this stream of “Behave.”

03. “Behave”
– A lot of the songs on this album are about giving yourself the freedom to leave controlling relationships. My last relationship was so full of lies and manipulation and a completely uneven power dynamic that I found myself constantly trying to be as quiet as possible so as not to upset the balance. They lied, cheated and controlled. I stayed out of the way and tried to “behave.” That was our relationship. My emotions and needs were a burden. I wrote this song very early in that relationship not totally realizing what I was writing about. Coming out of that toxic environment and revisiting this song felt unreal and it now feels really empowering to hear and perform a reminder to myself that I will not behave for or bend to another person’s unrealistic expectations of me again.

04. “Like I Used To”
– Production-wise this is our favorite song on the album. I love the way the guitars and lyrics intertwine and move around each other. The subject matter is pretty self-explanatory and blunt on this one. In my last couple of relationships, my partner would say that I was “emotional” a lot. As a human person with emotions, I cannot disagree with this statement. Still, it always felt presented as an insult. “Emotional” as in, “(too) emotional.” In the song, I say “I don’t cry like I used to” because being out of a toxic environment didn’t mean I stopped being an emotional person who cries and has feelings. It just meant that I experience and process those feelings things in a really different way now.

05. “Innocent Man”
– Like most of these songs, I wrote this as a direct response to a situation that I was in directly last year. But it also felt really relevant to our current climate where men and abusive individuals are being called out and held responsible for their actions. During my last relationship, the person I was with was called out by an ex for being physically and emotionally abusive. I let myself believe my partner’s word. That it was all lies.

Throughout the course of our relationship, the cracks started to show. I saw their anger. I saw their violent side. I saw them lying constantly. I saw them cheat. I saw them throw violent fits and break things every time the “me too” movement was brought up online or on TV. I wrote down the line “an innocent man doesn’t scream, doesn’t cry when he’s right” during that relationship and revisited after I left because it haunted me for months. The song grew from that line.

Can’t Tell Me No was released on June 28th through Tiny Engines: 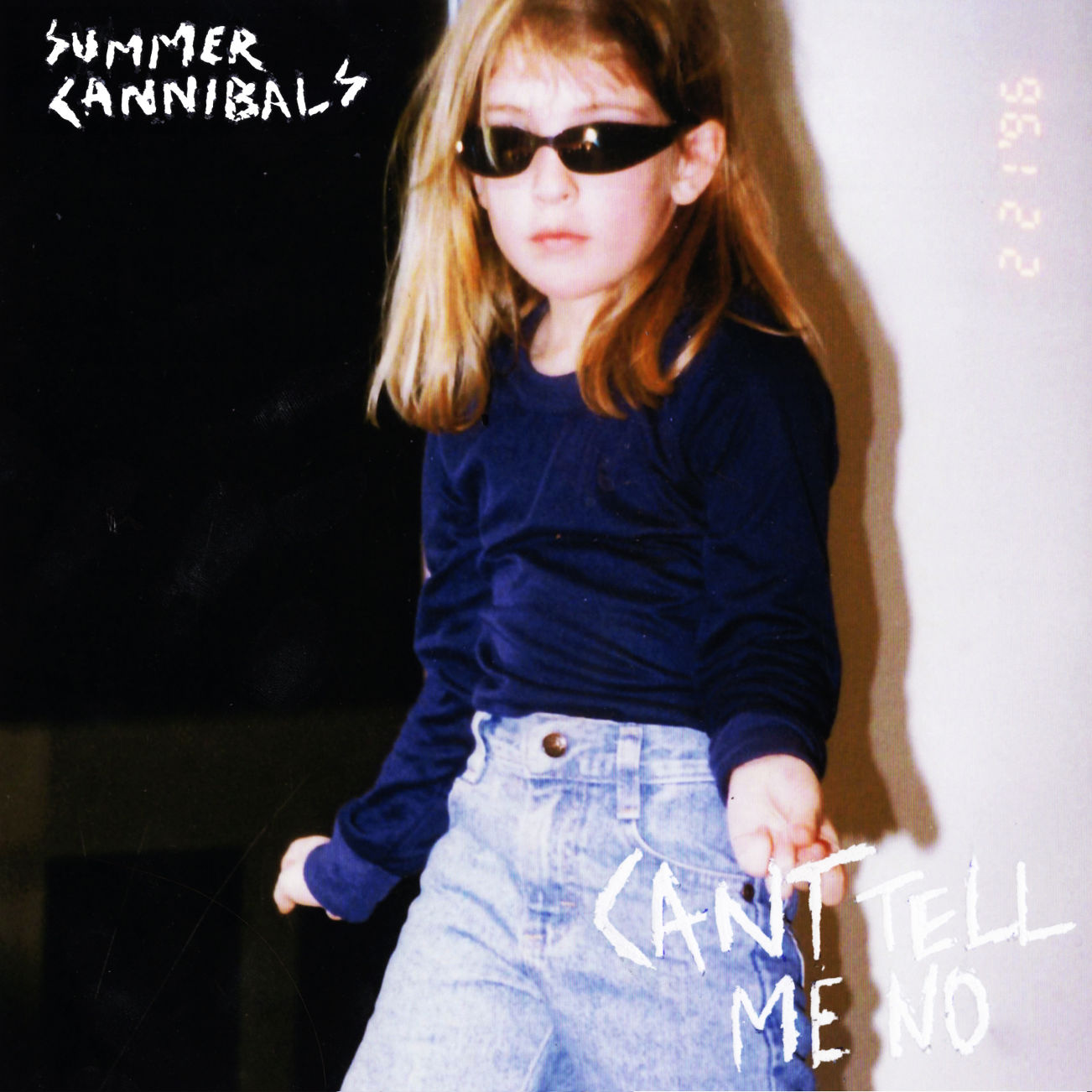 06. “One of Many”
– A lighter song about falling for someone in an open relationship! Hah. I love the riffs in this song because I am a massive fan of what some may refer to as “dad rock.” I wanted to create something that felt really cinematic. In the gay romantic drama of my dreams, the protagonist is riding their bike down the street in the rain to confess their love to their best friend as the last 40 seconds of this song blares in the background.

07. “Staring At The Sun”
– I wrote these lyrics whenever everyone was getting ready to watch the solar eclipse last year. I wouldn’t watch it because I didn’t trust the glasses that all the stores were selling. It felt silly to miss out on this huge event just because I couldn’t get myself to trust a pair of glasses to protect my sight but I couldn’t bring myself to do it. The song ended up clearly taking on a new meaning from there but that’s how it started.

08. “Start Breaking”
– This song was written as we were recording this record. I wrestled a lot with the lyrical content of it because I wondered if the story was too specific to me but overall I think it turned out to be one our favorites. The abusive person who a lot of this album references was performing and writing songs that talked very directly about killing me. It was terrifying. My family put cameras up at my house. I stopped sleeping in my home alone. Writing this song felt like a massive step in taking my power back in that situation because the song isn’t sad or scared or angry. It felt like a step in the direction of feeling brave again.

09. “Hesitation”
– One of like… two love songs on this record. It’s about not knowing if you have the emotional capacity to be with someone that you really care about but still wanting them to know how you feel.

10. “Spin”
– This song is about being on the outside of an abusive or toxic relationship and watching someone you care about be treated poorly.

You’re “One of Many” who will fall in love with track six on this record.

11. “Into Gold”
– For me, this song is about realizing that there can be love after a manipulative and emotionally abusive relationship. I formed a lot of trust issues when I learned of all the lies and coercion and manipulation that took place in my last relationship and I think it takes a lot for us to make sure we don’t carry that stuff over and put that heaviness onto the next person we’re with. Or worse, turn into an abusive person ourselves. “Into Gold” is like a relationship manifesto for myself and a disclaimer for the next person I was gonna love and be with. Part of getting over my past has meant looking forward and letting myself know that I’m capable of love in the context of an honest, open and communicative relationship and this song for me kind of encapsulates that.