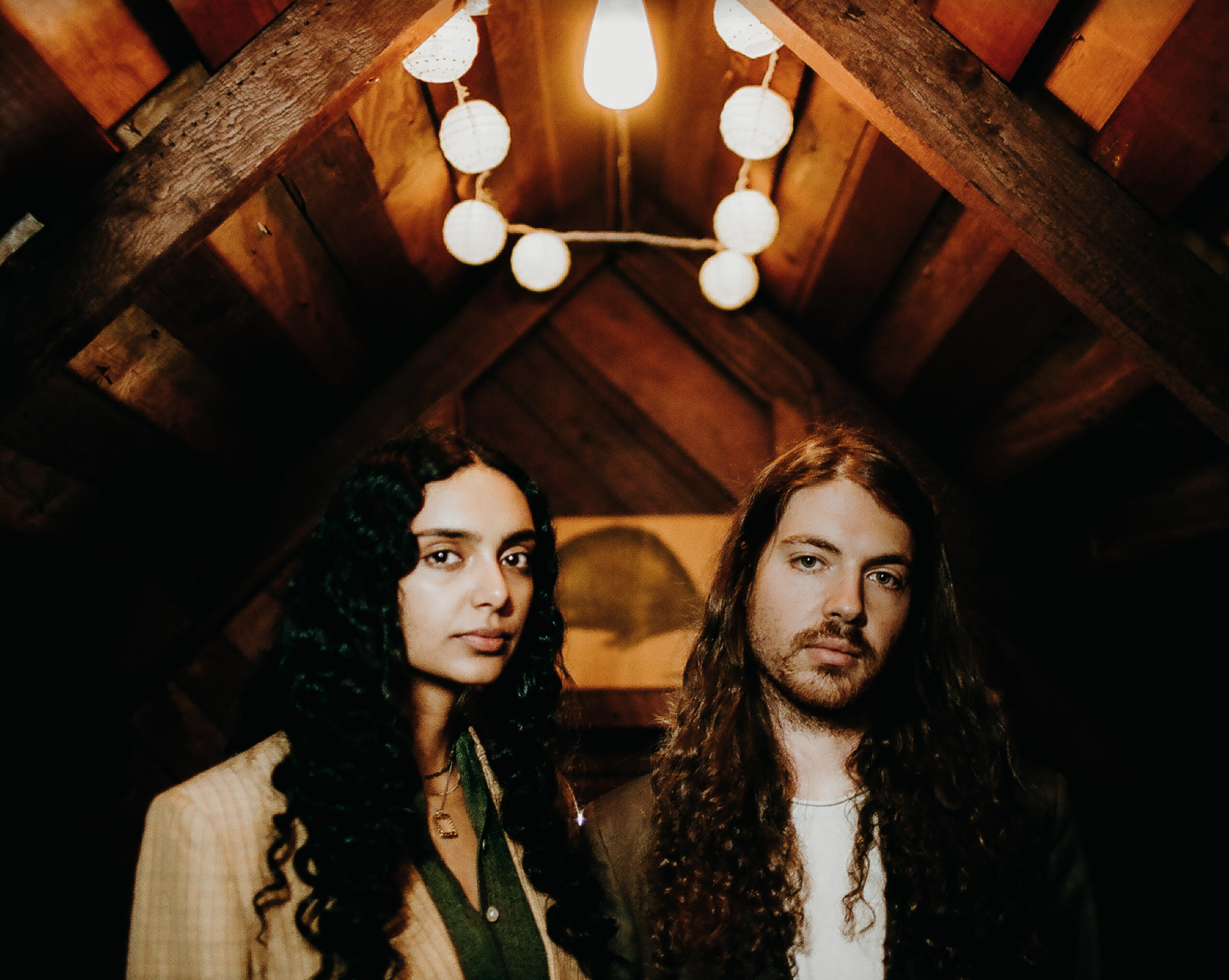 Review: Junaco’s Powerful Debut, “In Between”

Haunting, mesmerizing, and atmospheric are all words that come to mind in the first 30 seconds of “In Between” by Junaco. The California duo explores the reality of being lost with their melancholy vocals, muted guitars, and sweeping organic instrumentation. Harnessing the power of old school riffs and soulful vocals “In Between” is easy to listen to, but even easier to get lost in. Junaco’s soft pop-rock ballad is the perfect soundscape for exploring the uncertainties of life and choosing the right path.
Hope to create music that will leave listeners feeling a sense of connection and closeness, Junaco was born from seeking an escape from normal musical conventions. Shahana Jaffer and Joey LaRosa found themselves in a budding partnership based on fleeing the rituals of rushing through songs and instead just enjoying and soaking in the emotions and creativity that music brings. Mellow bursts of epiphany and pleas of gentle seduction give way to driving grooves in Junaco’s music, leaving the immediate fan with a delicate, instantly familiar, and completely unassailable batch of songs.
Connect with Junaco:
Twitter Instagram Spotify
Twitter Instagram Spotify
Twitter Instagram Spotify
0